Some of the fantastic ride leaders at the Wirral Celebration Bike Ride in August. Photo by Rashid Yaman

As charities and community groups around the UK join in with the national #YouMadeItHappen initiative today, Cycling UK Chief Executive Paul Tuohy explains how our members and supporters make so many things happen.

I'd like to highlight just a few of the things Cycling UK, with your support, has achieved over the past year, to encourage thousands more people to cycle. From our volunteers putting on awesome local rides and events for Bike Week and the Women's Festival of Cycling, to those of you who have written letters supporting our campaigns, we couldn't make it happen without your help.

Our groups and clubs

We now have almost 9,000 registered Cycling UK volunteers, an increase of over 800 since last year. As we leave another summer behind and move into the autumn, I’d like to thank all our wonderful volunteers for their hard work over the main cycling season.

Simply for the love of cycling, they have: 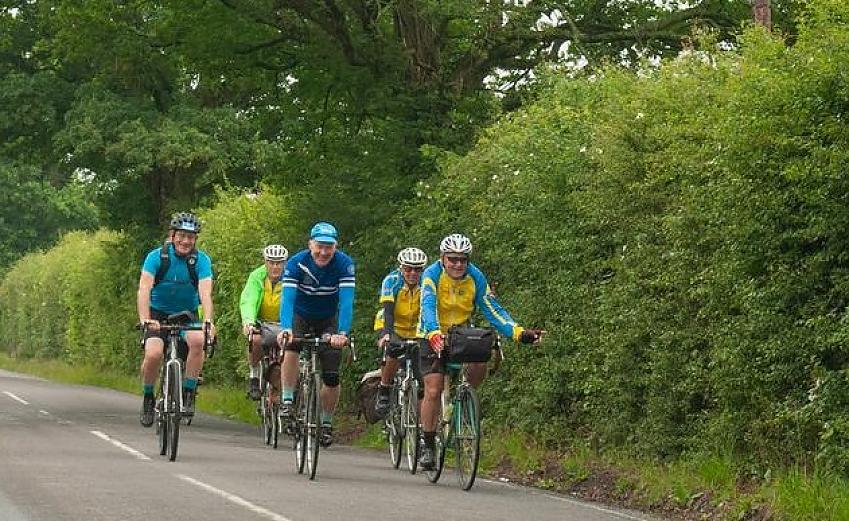 Paul and other Tri-Vets riders at the SW London CTC event. Photo by Peter Cornish

You also support our vision of 'cycling being accessible for all' through our project work. These are just a few of the highlights:

Festivals and celebrations of cycling

Our fabulous supporters also helped make such a success of all the other activities and events that make up our cycling calendar:

With your help, our national campaigning goes from strength to strength:

But not only that, our website views have gone up nearly 13% to over 4.5 million and membership of Cycling UK has gone up by an incredible 2,000 new members over the summer to reach 68,000 in just the first year of our new strategy.

A personal highlights for me were taking part in SW London CTC’s Tri-Vets event in June and the Chester and N. Wales Caer a Gogledd Cymru’s 80th anniversary President’s ride and lunch in early September. It was an emotional occasion as I recalled the impact joining a cycling club had on me as a young man and paid tribute to all the volunteers who have enabled so many people to experience the joys of cycling for themselves.

Thank you once again to all of you who made it happen for cycling this year. 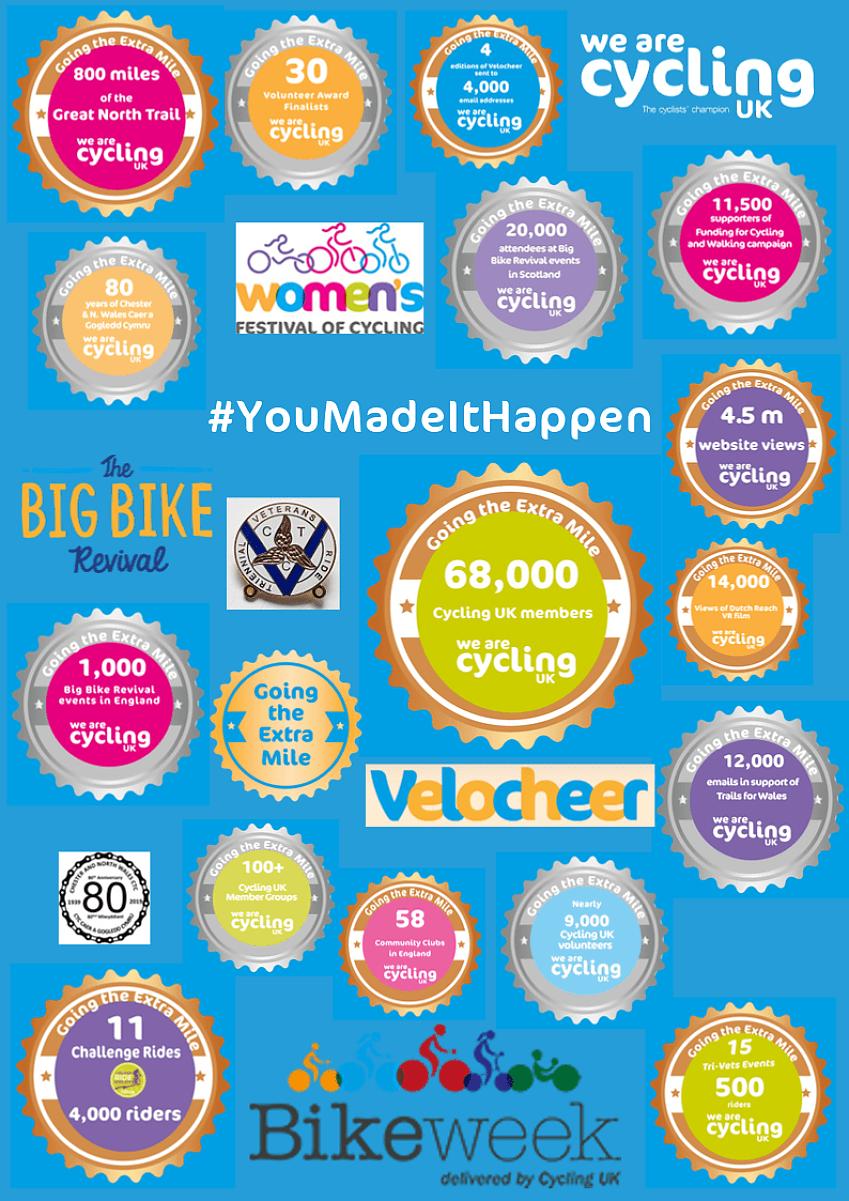