A trio of Tri-Vets triumphs for the Seabrook family

Emily, Graham, Martin and John Seabrook, who all completed the 100-mile Tri-Vets route in Surrey in a fraction over 10 hours
By Julie Rand
Friday, 28 June 2019

A trio of Tri-Vets triumphs for the Seabrook family

A remarkable family of three generations of cyclists notched up an incredible feat recently when they rode together around Surrey to complete SW London CTC's 100-mile Tri-Vets ride. With ages ranging from 23 to 86, the four Seabrooks all completed the distance in a fraction over ten hours, including stops for coffee, lunch and tea.

Cycling UK member John Seabrook, at 86, was the oldest finisher of the 100-mile standard ride and was accompanied by his 50-something sons Martin and Graham, along with Martin's daughter 23-year-old student Emily, who does not officially qualify for the Tri-Vets for at least another 27 years, but came along for the ride nevertheless.

For John, the ride was the latest event in a series of Tri-Vets triumphs that started back in 1989, when he took on the Essex event. The following decades have seen him step up to the mark every third year without fail, with 2019 being the 11th time he has successfully completed the Tri-Vets distance of 100 miles within the time limit of up to 12 hours.

I think the Chester, East Sussex and this year's were most enjoyable but all have been good. 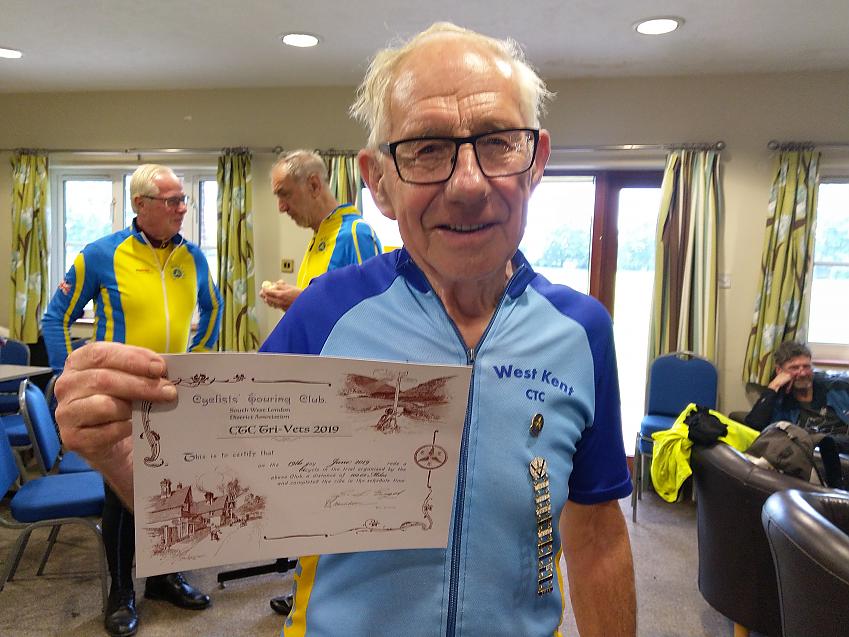 For John, cycling has been a way of life for nearly 80 years. He says: "I started cycling during the Second World War in 1942 on a 20'' wheel Vindec. My dad's old Rudge was tarted up in about 1946 and then I got my first proper bike, a Hercules Falcon in 1949. I then progressed to a 'Claud' Super Velo in 1953, which lasted until about 1989 when I got a Dawes Galaxy, which I still have."  He added that he did a month's tour from Ostend to Salzburg and back iin 1956 with a another lad to celebrate the end of his apprenticeship.

John, who joined Cycling UK in 1956, now rides a Chris Boardman Team e-bike fitted with a Bafang crank motor and 15.5 Ah battery given to him by Martin for Christmas 2017. The bike enables him to go out on regular rides with his local group West Kent CTC, notching up rides of 50 to 60 miles.

How to create a family of cyclists

John's love of cycling has spread through the generations. Not only do Graham, Martin and Emily cycle regularly, another son, David, is a mountain biker and rides on road occasionally, while two other granddaughters, Isobel and Rosie, are both enthusiastic cyclists too. John's daughter Catherine lives in Dorset and has a family who all ride quite a lot.

Fortunately, John's wife has also got the cycling bug. He says: "Rita and I ride our 1930 Freddie Grubb tandem (also now electrified) when time and weather permit. We toured the Austrian Lakes in 1989 on a previous Saxon tandem."

John says that teaching children to ride when they were young and riding with them is the secret to passing on the love of cycling to the next generations. As a family, the Seabrooks all went to Center Parcs on holiday for many years. Martin also did a CTC tour in N Wales at 14. and rode with the 'Medways' group in West Kent CTC.

All in the family

Martin adds: "My two kids, Rosie (19) and Jacob (20), have both cycled from a young age (around four) and I agree with Dad that getting them cycling early, and on the road (with adult supervision) so that they develop road sense, is key (though I recognise that we're lucky living in rural Suffolk, where the roads are somewhat quieter than some places). I also found trailer bikes to be a good way of getting them out on longer rides and had both a single and a tandem trailer.

"Interestingly, like both Martin's and David's families, it's our daughter Rosie who has more of an interest in cycling now than our son.

Graham Seabrook, father to a cyclist

"Interestingly, like both Martin's and David's families, it's our daughter Rosie who has more of an interest in cycling now than our son. Rosie and I completed another 100-miler, the Suffolk Sunrise, in May and she organised a cycling tour of Cornwall with her cousin, Abi, last summer and is planning another for this year."

When asked if he thinks he will do another Tri-Vets in 2022, John is pragmatic. He says: "Will I do more challenges? Well at 89-years-old, the next Tri Vets may be a bridge too far!!" But judging by the speed at which he completed this year's ride, not even seeming that tired at the end, we certainly wouldn't rule out him completing several more Tri-Vets yet. No doubt, he can count on the many generations of this wonderful cycling family to accompany him again too! 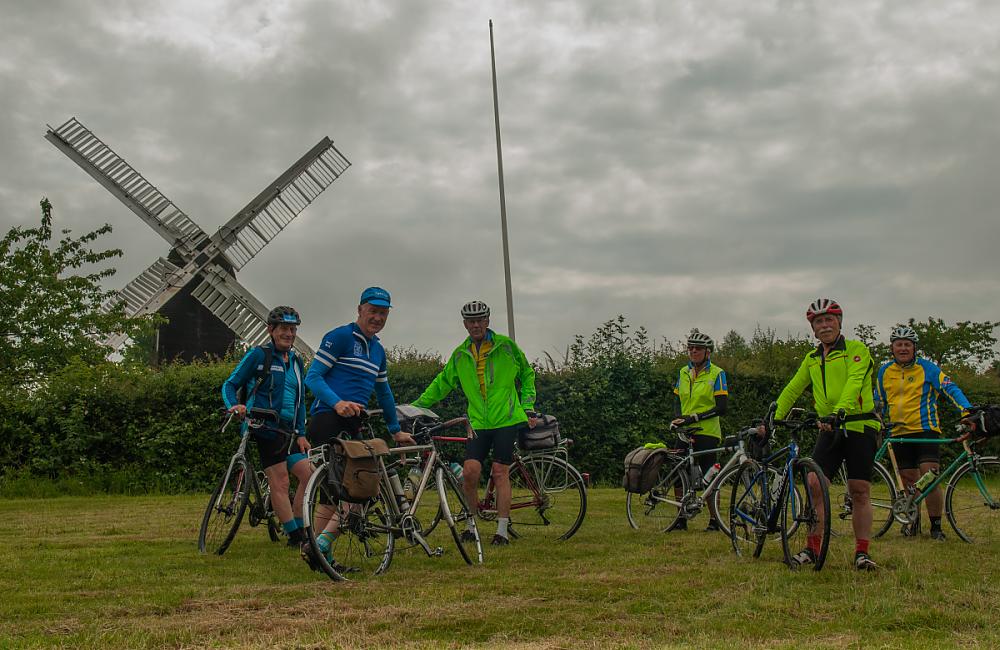 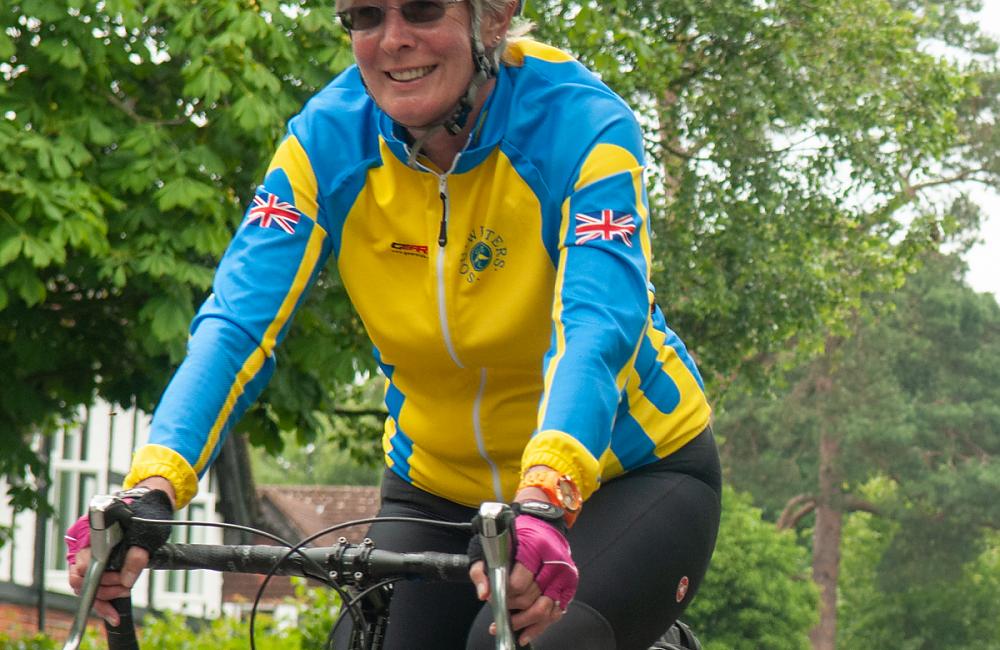 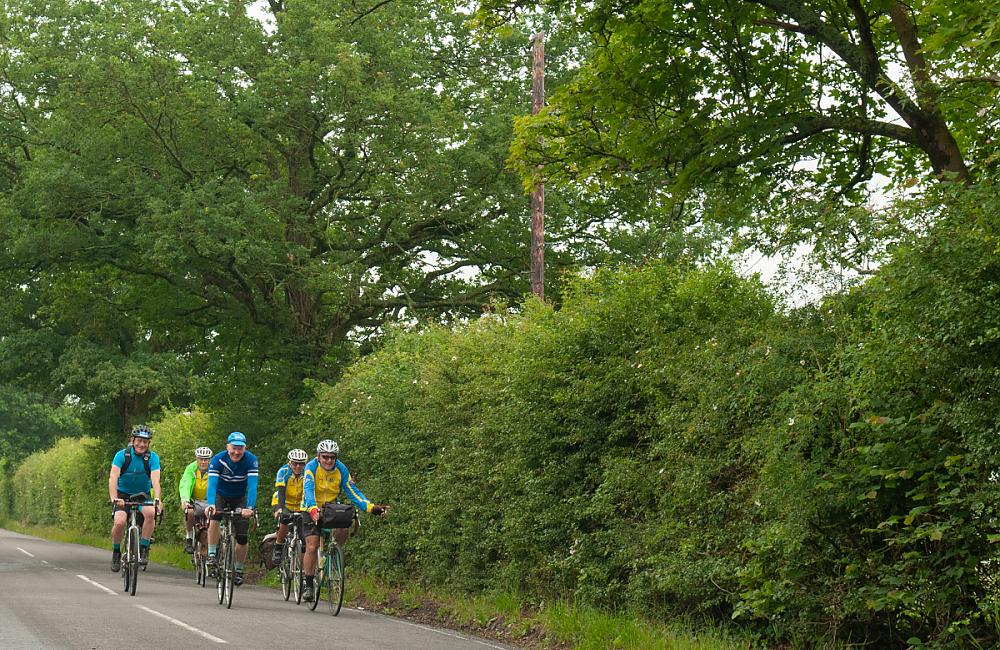 Cycling UK's Tri-Vets series started back in 1928 to commemorate the organisation's 50th anniversary year and take place every three years throughout the country.

Tri-Vets are organised by volunteers from our Member Groups, with distances ranging between 100km and 100 miles to be completed within 12 hours.

They are aimed at anyone 50 or over and routes are designed to be achievable and enjoyable, often including a generous lunch. Successful participants can order a commemorative badge and date bar for every year they've finished a ride.

If you'd like to see if you are up to the challenge of riding a 100-miles (or a 100km) like John, there are still Tri-Vets rides taking place around the country from this Sunday 30 June in Oxfordshire until 21 July in Essex. 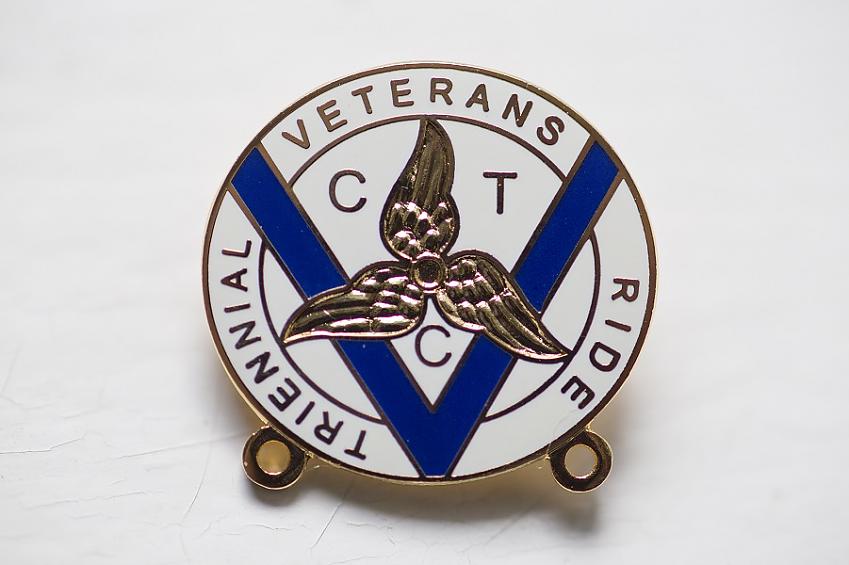