Is your e-bike legal?

Road and off-road electric bikes are gaining popularity in the UK
By Richard Peace
Monday, 30 April 2018

Is your e-bike legal?

The electrically assisted pedal cycles regulations are the laws that let you have a small electric motor on a pedal cycle, and still use it just like a normal bike. Find out what they mean for your e-cycle

EAPCs – electric bikes or e-bikes in common parlance – must now meet the following criteria in order to have the same legal standing as regular non-assisted bicycles and to be allowed on roads, cycle paths and other places where bicycles are allowed under UK law.

There are a number of different ‘e-bike-like’ machine types out there which, at first glance (or even after a detailed inspection), may be difficult to distinguish from legal e-bikes. This is an important distinction as the latter can be used without any red tape, in just the same way as regular non-assisted bicycle, while the former cannot.

These other categories are fully regulated motor vehicles under EU and UK law, so using them on public highways in the UK is a much more complex affair and inevitably involves attempting to obtain paperwork and possibly meet other requirements such as insurance and dealing with the DVLA. In short, they are likely to be legally classed as a moped or even motorbike.

Manufacturing standards are also more complex so the manufacturer generally has to through the procedure known as type approval, which involves passing safety standards before the vehicle can be put on the market.

A brief outline of the two main ‘e-bike-like’ categories you may come across:

You should also be aware that the Department of Transport says that electric bikes limited to 25kph but fitted with off-road switches or modes that, when triggered, enable a bike’s motor to continue assisting to speeds beyond 25kph, do not comply with UK e-bike law

Aside from specific e-cycle law, there is also a body of UK law that defines the legal safety criteria for bicycles (including e-bikes) to be used on UK roads, known as Construction and Use regulations – in other words they deal with ‘roadworthiness’. As far as e-bikes go the main relevant criteria under these regulations are:

Note that these definitions do not include cycles with more than three wheels, so you cannot electrically assist a quadricycle without it becoming some kind of motor vehicle.

In practice most new e-bikes in the UK are built for the European market and so comply with European standard EN15194 which means they fulfil the law’s Construction and Use requirements. You should also look for the CE mark on a new e-bike which tells you that the bike has passed the relevant directive’s standards. 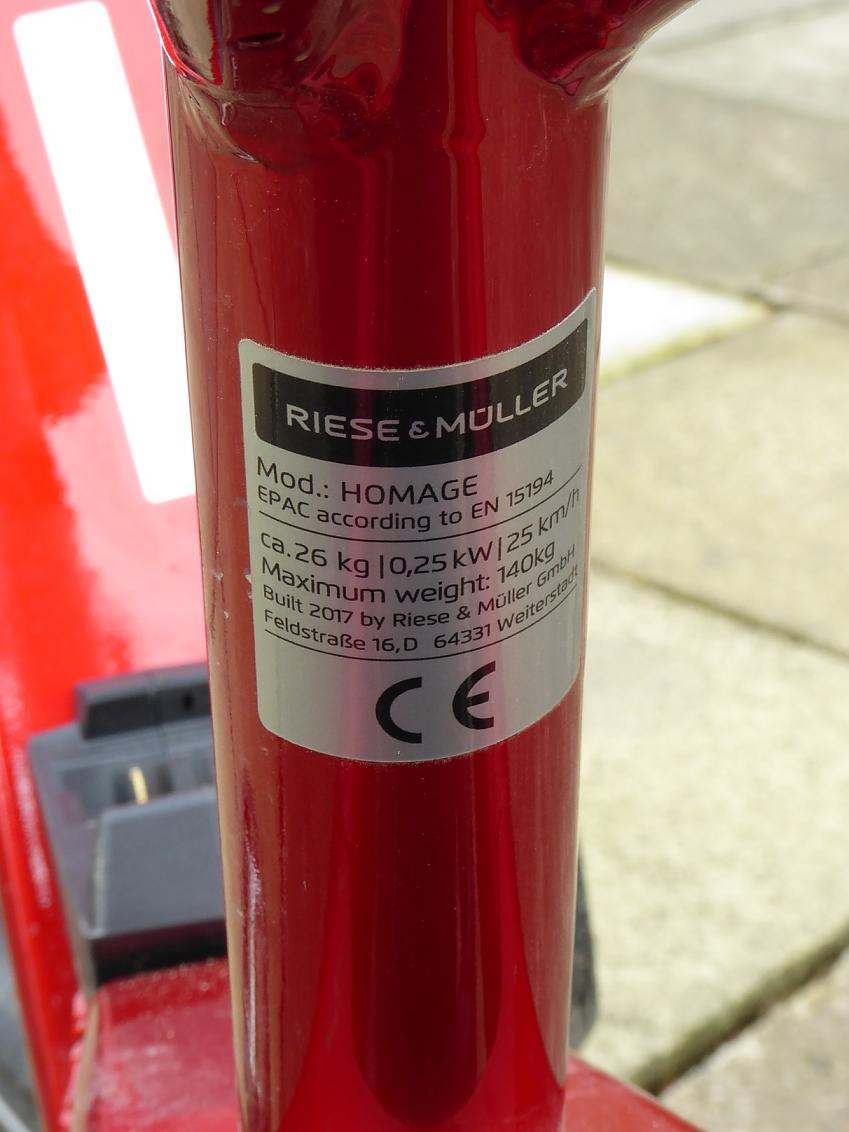 The legal position in Northern Ireland

The legal position is the same in Northern Ireland as the rest of the UK. In May, the Northern Ireland Assembly passed the Electrically Assisted Pedal Cycles (Construction and Use) Regulations (Northern Ireland) 2020 which updated an outdated law. While the Assembly had not been sitting an opportunity to bring the law into line with other nations had been missed.

E-bike offences to be aware of in the UK

Although current regulations ensure users of compliant e-bikes in the UK are exempt from requirements like licencing, MOTs and helmet use, as mechanically propelled vehicles, riding an e-bike can open you up to a number of road traffic offences which do not apply to traditional cycling.

For example, speed limits apply to e-bikes, as do offences relating to failing to stop at the scene of an accident (‘hit-and-run’), and offences relating to mobile phone use while ‘driving’, drink/drug ‘driving’. E-cycle riders can also be convicted of offences for ‘careless’ and dangerous’ driving, along with their ‘causing death by…’ and ‘causing serious injury by…’ variants.

The confusion and lack of consistency in this area of law is a further reason why Cycling UK believes the wider road traffic offences framework needs urgent review, so as to maximise the safety of all road users, without unnecessarily deterring safe cycling.

My cycling e-piphany: cycling to work on an electric bike View

Utility cycling with an electric bike is a game changer View

The future of mobility: electric cars and vans... or bikes? View

My cycling e-piphany: cycling to work on an electric bike View

This article fails to make clear that in Northern Ireland electro assist bicycles are treated in law similarly to mopeds or light motor bikes.

Failure to respect the laws applicable in NI when using electro assist could have serious consequences.

We have now updated the page

We have now updated the page to explain the situation in Northern Ireland. Thank you for your comment.

I'm shocked that the UK law does not allow speed-restricted throttles. As an experienced user, it is obvious that a throttle makes riding much safer. If it is the case that new bikes sold since 1st January 2016 are only allowed to have a walking speed throttle, which requires a button to be held down, the effect is that an electric bike will probably be a greater hazard using that mode than it would if being ridden at 15mph using a throttle.

For many cyclists and particularly those like me, whose illness results in them being very weak, the use of a throttle (which effectively gives the same power as the top level of pedal assist but only up to 15mph) removes the danger associated with pulling away from stationary or suddenly slowing down at a hill, if unable to immediately get into a lower gear on the derailleur or quickly change the level of pedal assist.

Just watch many cyclists pulling away from standing and they will wobble until they get enough speed to move straight - a significant hazard in traffic.

There is no logic in allowing pedal assist to operate the motor until 15mph is reached, given that pedal cyclists can ride at any speed! (speed limits posted on roads only apply to motor vehicles)

I plan to contact the Department for Transport and start an online petition so watch out for it.

You say above "The vehicle must be fitted with a plate where you can easily read it (in practice often more of a sticker discretely placed on the frame so that you may have to search a little to find it) showing the manufacturer's name and motor power output."

This seems impossible for conversions.  What is the legal status for a conversion that satisfies all the other regulations but does not have a plate.

I bought a RAD power bike over the internet from RAD Netherlands. Because they are 0.75KW (three times the usual power) they have to be registered with DVLA.  But, when you get the DVLA pack recommended by the suppliers it is strongly implied that you must first contact the HMRC to confirm the importation of the vehicle. I have now had confirmation from HMRC that this is definitely NOT required for vehicles of this engine size and the DVLA pack is very misleading.  All you have to do is register the vehicle directly with DVLA.

Hi I've ordered a Rad Power bike (L1e-A). Can you tell me what you did to register it (I notice they say on the Rad PB site that DVLA has stopped registering them).

Also, who did you go to for insurance considering the L1e-A categorisation?

Many thanks for your help.