The proposed rules would set a guideline minimum safe passing distance of 1.5m, or 2m if travelling above 30mph
By Keir Gallagher
Thursday, 6 August 2020

Following the launch of the Highway Code Review, campaigns manager Keir Gallagher explains why proposed new guidance on safe overtaking distances would be another key piece of the puzzle when it comes to tackling dangerous close passes

How do you solve a problem like close passing? Whether you’re an experienced cyclist, you’re new to the bike, or you’ve been put off cycling altogether because it feels too dangerous, it’s likely that close passing comes high up the list of the most common, intimidating and unpleasant ‘near misses’ you experience.

It’s not only dangerous, but a huge deterrent against cycling, as evidenced by the vast increase in people cycling during lockdown, when motor traffic levels hit a low not seen since the 1960s.

The Near Miss Project estimates that someone who regularly commutes by bike will experience, on average, a ‘very scary’ near miss once per week. No wonder the latest stats show 70% of non-cyclists consider the roads ‘too dangerous’ to cycle on. How many people would shun the Tube if once a week the doors they were squeezed against unexpectedly opened while the train was still moving, or if minor fires broke out in the carriage on a regular basis?

For several years, Cycling UK have been calling for guideline minimum safe passing distances in the Highway Code, and following sustained lobbying with great support from our members, we’re delighted that the recently launched Highway Code Review includes proposals which reflect almost exactly what we’ve been calling for, namely, a guidance on safe passing distances when overtaking cyclists of:

This would clarify the current rules, which ambiguously suggest drivers leave cyclists ‘as much room as they would a car’. 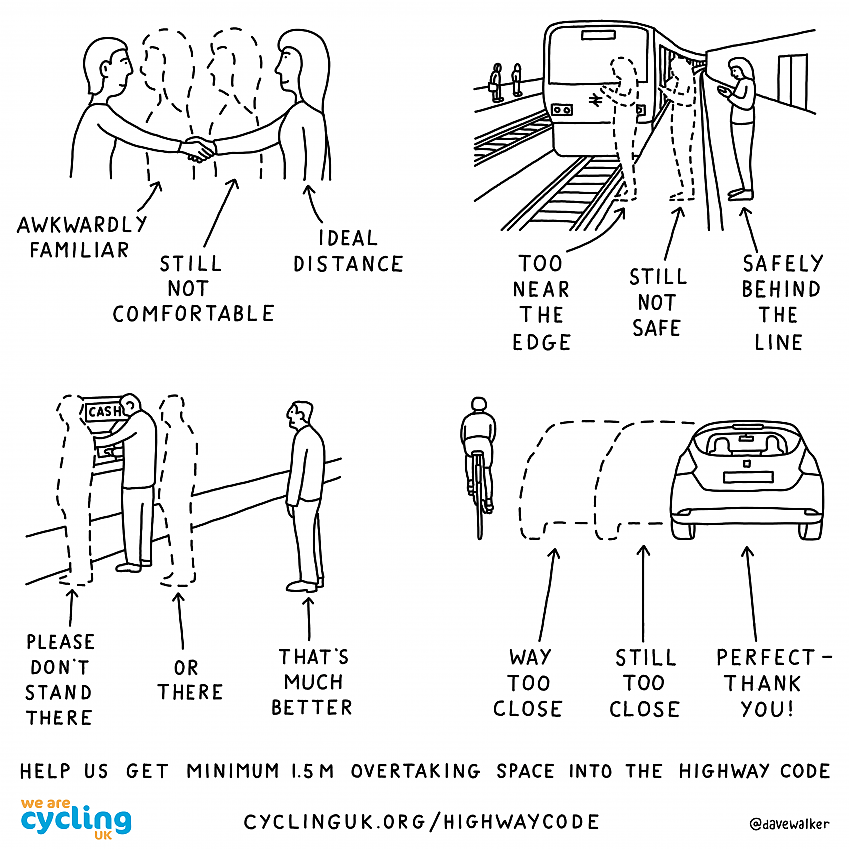 That ambiguity has proved to be a real frustration when it comes to delivering effective driver education and interventions on close passing, and it’s why we’ve worked so hard through our Too Close For Comfort campaign to get police forcing and driver education bodies nationwide to focus instead on a ‘minimum 1.5m safe passing distance’.

In many ways that’s been successful, and it’s now widely accepted by most – but not all – road safety organisations and, indeed, has helped us reach a point where such guidance is included in the Department for Transport’s proposals. Securing these changes to the Highway Code would entrench those guideline minimum distances in our road safety framework.

A vital baseline to build upon

But will changes to the Code lead to changes on the road? It’s well known that most drivers haven’t read the Highway Code in years, and these changes aren’t a panacea. However, they would represent a significant step forward and ensure that conversations can focus on delivering education, training new drivers and, where needed, enforcement, and also provide a strong baseline to build upon.

For example, while our Too Close for Comfort campaign has reached thousands of driving instructors through conferences and industry media, every driving instructor worth their salt will undoubtedly familiarise themselves with the new rules – whatever those turn out to be following the review. This will then be passed swiftly onto students, and feed directly into driving theory and practical tests.

Equally, we’ve already seen some employers take steps to educate their staff about safe overtaking – I was recently contacted by East Yorkshire Buses, which, completely off its own bat, painted its own version of our ‘close pass mats’ on its depot for driver training, helping the drivers visualise the space they need to leave when overtaking. These new rules would help encourage many more companies to take similar steps. 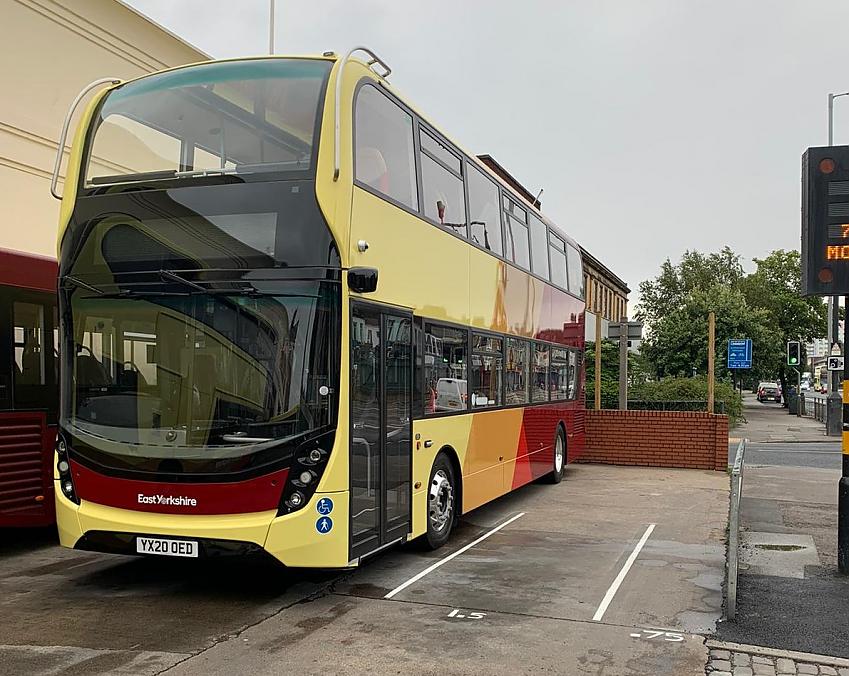 Finally, the changes would also help the police – and the Crown Prosecution Service – to take effective action against particularly dangerous drivers, and more consistently assess video evidence of dangerous close passes, making it easier to identify a dangerous close pass, without being excessively prescriptive.

What about a minimum distance law?

Some may suggest that an alternative to the Highway Code changes – which are, after all, guidance and not a legal requirement – would be more effective at addressing this problem, but in practice, the opposite is true.

A specific law tackling close passing, with a strict minimum safe overtaking distance and an associated fine and penalty points, would be unenforceable, with cases quickly descending into farcical debates over whether the driver was 1.45m away or 1.55m. Such a law was proposed in Ireland, only to be scrapped after the Attorney General said it couldn’t be enforced.

The proposed Highway Code guidance, on the other hand, avoids these pitfalls, ensuring that a pass leaving over 1.5m could, in certain circumstances, still be sufficiently dangerous to warrant prosecution.

Police forces are perfectly capable of issuing fines for close passing under current rules relating to ‘careless/inconsiderate’ or even ‘dangerous’ driving, and these changes will empower police to do so more effectively where necessary, without creating new hoops to jump through.

A Highway Code change also avoids treating the problem as one merely of enforcement, and recognises instead that education and engagement should come first.

We’ve come a long way since we launched Too Close For Comfort in 2017, and it’s fantastic to see the work coming to fruition – but these changes are far from guaranteed. It’s now absolutely vital that you contact the Department for Transport to show your support for the changes: please write to the DfT today.

It’s also important to thank our members for making this happen. Without our members, the Too Close for Comfort campaign would never have existed, nor would our lobbying to secure these changes have been possible.

Why the Highway Code should protect riding two abreast View

What you can do to improve the Highway Code View