Ahead of COP26, Cycling UK's Duncan Dollimore urges everyone to write to their MP about a fantastic new invention – a machine that fights climate change: the bicycle

In just over two weeks’ time, the eyes of the world will be on Glasgow as the Dear Green Place hosts the 26th UN Climate Change Conference, commonly referred to as COP26.

There’ll be lots of talk about technology, innovation and carbon capture, and all of these matter because there’s no single solution to climate change, but there is a simple piece of technology which offers huge potential to reduce transport emissions. It was invented over 200 years ago: the bicycle -  although pedal power with more or less than two wheels is another fantastic option.

With domestic transport being the UK’s biggest polluting sector, accounting for 27% of the UK’s greenhouse gas emissions, Cycling UK’s message for COP26 is that cycling fights climate change, and that investment in cycling, walking and wheeling (active travel) can help save our planet: but time is running out. 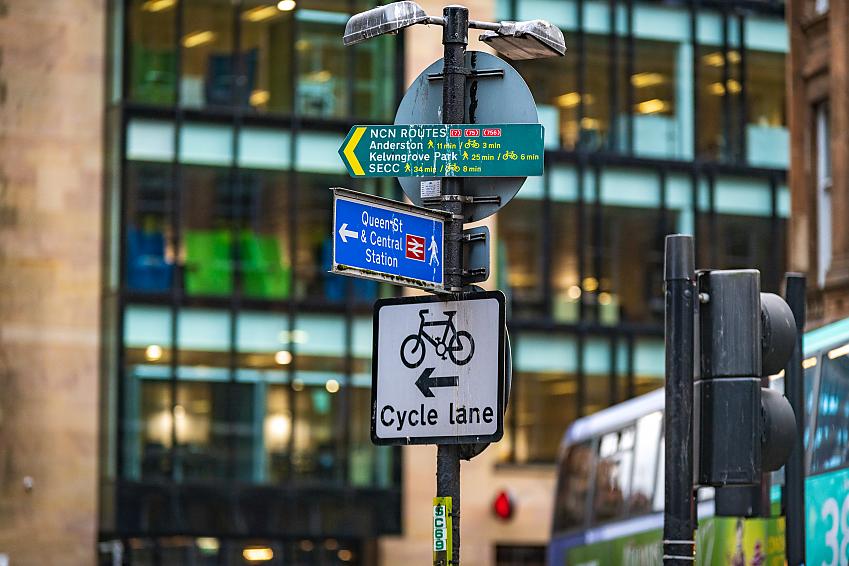 Active travel has a key role to plan in reducing emissions, but we need more investment

That’s why it’s so important that politicians, both local and national, hear that message from people they represent, their constituents. With MPs debating COP26 and what to do about limiting temperature to 1.5 degrees in the House of Commons next Thursday (21 October), you can ask your MP to attend and make the case for investment in active travel as one of the simplest, quickest and most effective solutions to climate change.

Why write to my MP?

Although it’s Boris Johnson as the UK Prime Minister who’ll sign up to various commitments in Glasgow, transport decisions are largely devolved to Scotland, Wales and Northern Ireland, and almost exclusively so when it comes to active travel.

But when we’re talking about cycling as a solution to reducing transport emissions, we need MPs from across the UK to make their voice heard, even though in Scotland, it’s the Scottish Parliament which determines investment in active travel.

MPs in Scotland (MSPs) can, however, still attend next week’s debate in Westminster, and support the call for national governments across the UK to invest in cycling and to take steps to reduce motor traffic, to cut the UK’s transport emissions – at the current rate of reduction, it will take 600 years to reduce them to net zero!

Articles about investment in cycling, the benefits thereof, carbon emissions and potential savings, often end up with a tidal wave of statistics, figures  and projections, so we’ve produced a really short and simple overview document with a few key facts explaining how we say cycling fights climate change, why investment in cycling can help save the planet, what needs to happen and how you can help make your voice heard.

The first thing we’d ask you to do is to take action now, using our online template letter to email your MP,  asking them to attend next Thursday’s debate. You can easily edit and amend the template the template letter, which includes links to our overview document and a more detailed briefing, setting out the case for and reasons why a reduction in motor traffic is needed.

I’m trying to avoid a statistics overload, but given how much has been spoken about climate change for decades, it’s frankly stunning that since 1990, UK greenhouse gas emissions from domestic transport have reduced by a woeful 0.15% each year, which is why, at that rate, they won’t hit net-zero for 600 years.

Given that 52% of our journeys under five miles are made by car, when it comes to reducing greenhouse gasses, active travel is one of the few remaining ‘low hanging fruits’ ripe to be plucked from the tree – provided politicians start to realise that measures to enable people to walk and cycle do have support from the public.

Adding your voice, and showing your MP this matters to you, is one step towards that.

Write to your MP now

As outlined in our briefing document Cycling UK is one of many organisations who have called for government targets to halt and reverse the growth of motor traffic, in line with carbon budgets, and for policies and investment plans to achieve this.

There’s been progress towards this in Scotland and Wales, with the Scottish Government announcing a target to reduce car-kilometres by 20% by 2030, and the Welsh Government’s recent transport strategy setting out its aim to increase the proportion of trips made by walking, cycling or public transport from 32% in 2019 to 47% by 2040 but, so far, governments in England and Northern Ireland are lagging behind.

So, if we shift people out of cars for some of those short journeys we can reduce motor traffic, and therefore reduce transport emissions, but the alternatives need to look and feel safe and convenient, and that requires world class cycling and walking networks.

That’s what was promised for England by 2040 in the UK Government’s Transport Decarbonisation Plan. However, as the table within our briefing shows, current levels of active travel investment in England (whilst higher than Northern Ireland) still fall far short of the Scottish and Welsh Governments’ commitments.

The reality is of course that a world class cycling and walking network requires world class investment, which means for England (see briefing) a level of investment between now and 2040 closer to £2 billion a year rather than the current ring-fenced allocation of £2 billion over five years. 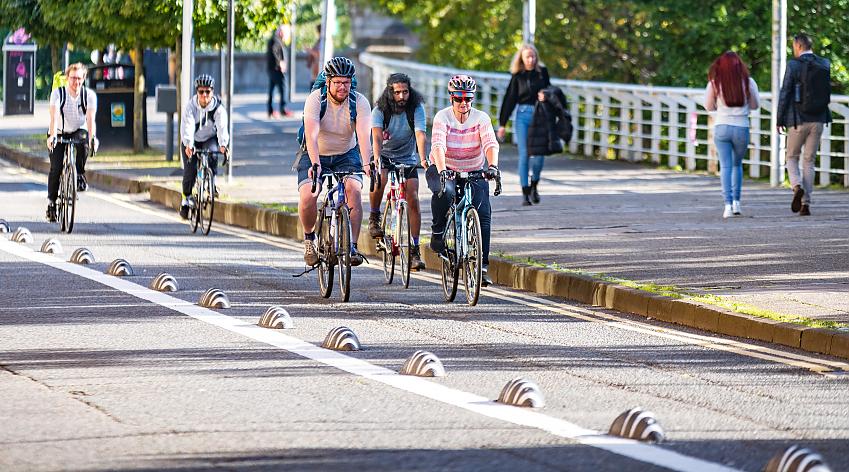 Safe space for cycling is key

Whilst reducing transport emissions and cycling as a solution to climate is a vital issue across the UK, and particularly so in the run-up to COP 26, if you live in England there’s an additional reason to ask your MP to attend the debate next week and talk about investment in active travel.

That’s because on 27 October, the Chancellor of the Exchequer Rishi Sunak will, alongside the budget, set departmental spending budgets for the next three years as part of a spending review. Cycling UK’s submission to that review sets out the case for significantly increased investment in active travel, and that between £6 to £8 billion was needed in the five years to 2025, not just the £2 billion currently allocated.

But I’m in danger of creating that tidal wave of statistics and figures, so I’ll end by going back to some fundamental points, which you can of course put to your MP.

Sometimes, some of the oldest and simple solutions are the best, and when it comes to transport emissions the bicycle is one of those. I could spend hours outlining reasons to build cycle lanes, and why investing in cycling makes money and sense, but with two weeks to go until COP26, the message that this machine fights climate change is one all politicians need to hear loudly and often.

So please send one more email today to your MP,  to ask them to attend the debate next week and make the case for more investment in cycling, more people travelling actively, less transport emissions and less motor traffic.

As well as trying to get MPs to next week’s debate, we’re working with campaign group Pedal on Parliament to help organise and promote Pedal on COP – enabling cyclists to join thousands of others in Glasgow on 6 November to call for climate action – and that cycling fights climate change.

But only after you’ve emailed your MP!

Write to your MP today