Harry Burton has been a leading light in South Manchester CTC for 25 years!
By Thomas Page
Wednesday, 5 June 2019

Harry Burton is the winner of the Exceptional Individual - Cycling Group category at the 2019 Cycling UK Volunteer Awards. Having served as South Manchester CTC's Secretary for the last 25 years, it's difficult not to admire his dedication to cycling.

One of the most important volunteer roles in almost every cycling group is the group's secretary. Tasked with keeping the group organised, it's members informed and ensuring the smooth day to day running of the group. Harry Burton has been carrying out this role for South Manchester CTC for the last 25 years. During this time the club has grown to include over one hundred active members, thanks in part to Harry's welcoming and supportive attitude as well as his excellent organisational skills. Leading by example, Harry has helped South Manchester CTC to cultivate a friendly and inclusive ethos that is so vital in attracting newcomers to the group. 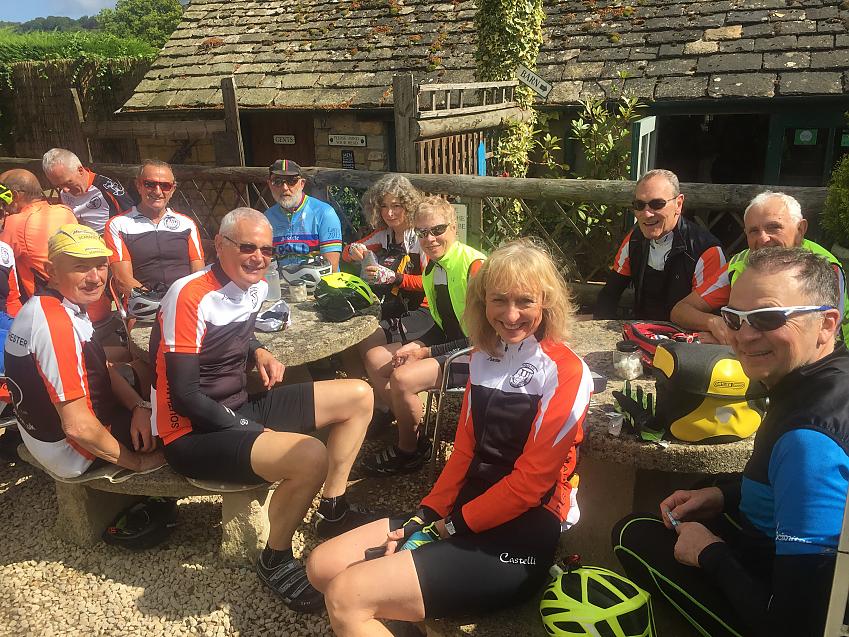 As well as his tireless work behind the scenes to keep the group running smoothly, Harry is also one of the club's foremost ride leaders. He regularly takes the group's 'A' rides, setting off on Sunday mornings and venturing into the notoriously tough hills of the Peak District. Harry is also the main leader of the group's 'Vet's Ride', catering to the older members.

In summary, Harry Burton has been an inspirational club secretary over a long period. He has helped to grow the club, providing a welcoming reception for cyclists of all ages and abilities

For many people, the appeal to join a cycling group or club is for the social aspect that it can provide. In recognition of this, Harry is the main organiser of the club's Thursday evening sessions. These 'Off the Bike' sessions give members the chance to come together for a bit of socialising and an occasional presentation on members' recent bike tours. They are normally followed by a drink at the nearby pub. The annual Christmas dinner is another one of the highlights in South Manchester CTC's social calendar!

In recognition of the hard work and dedication he has put in over the years, we're proud to announce Harry as the winner of the Exceptional Individual - Cycling Group award 2019.

Secretary's Toolkit View
You too can champion cycling in the UK
Give your support today to help Cycling UK’s charitable work tomorrow. We double every pound you give through other sources to help change lives and communities through cycling.
Volunteer now
Cycling UK continues to support the UK to cycle
This remains true during this difficult period with the ongoing threat of coronavirus Covid-19
Read our latest advice on cycling