There are lots of different non-standard cycles for all abilities and needs
By Cycling UK
Friday, 3 June 2016

Non-standard cycles make cycling accessible to all, whatever your personal challenges. There are a wide range of bikes that suit people with a variety of learning and physical disabilities, as well as health issues. Here is a brief overview of what’s available

This is an introduction to non-standard or adapted bikes, but it is also important to remember that it’s possible to modify a standard two-wheel bike to suit your needs (such as by wiring brakes and gears onto one handle, adding a foot plate to a pedal, or increasing handlebar height).

The cycling world abounds in ways and means of reconfiguring wheels, pedals and seats so that almost anyone can ride. Bikes can be tailored to an individual’s needs, but most problems have ready-made solutions.

Thanks to handcranks, you don’t even need legs! And in the case of wheelchair cycles, all you need is an able-bodied friend. These machines and gadgets are, unfortunately, produced in small quantities, so they’re expensive and hard to find.

However, a number of inclusive cycle centres keep fleets of adapted cycles and hold events at which people have the opportunity to try them out – and learn how cycling can enhance their independence and wellbeing. 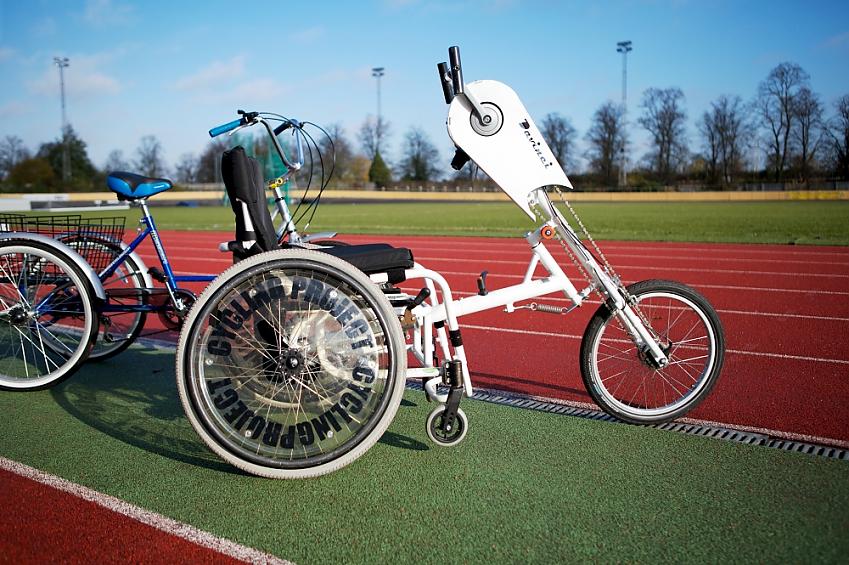 Tricycles have three wheels, which means that the rider doesn’t need to be able to balance. This is particularly useful for people with learning disabilities, such as dyspraxia, and those recovering from illnesses (strokes, for example).

Tricycles can be fitted with foot plates to make it easier for riders to rotate the pedals and they come in upright or recumbent (horizontal sitting position). For adults and children with balance issues, stabilisers can also be fitted to standard bikes, which makes them more like tricycles.

Prices range from £500 up to £3,000. The most well-known UK manufacturer of tricycles is Stratford-based Pashley Cycles, which used to make bikes for Royal Mail. 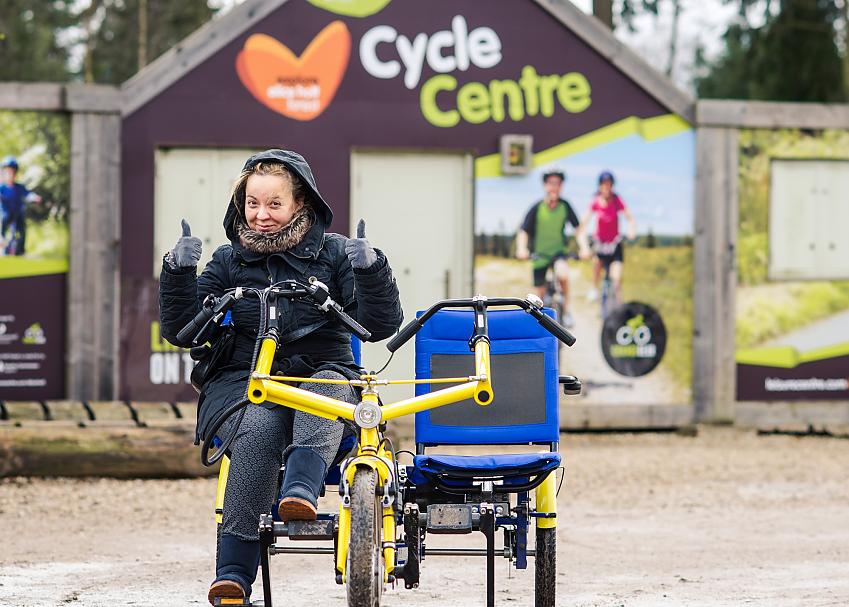 Tandems can have two, three or four wheels and are made for two people to ride together. Cycle configurations may have one rider in front of the other or side by side, in the case of three and four-wheeled machines.

Another possibility for partnered riding is a ‘tag-along’ which consists of half a bike that bolts onto a standard two-wheel bike. These are more commonly used for children, but there are adult versions on the market. 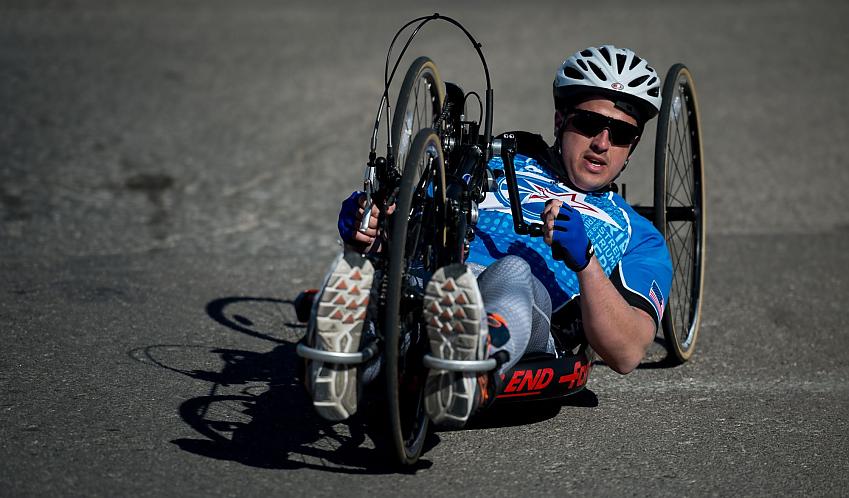 Hand-powered cycles work along the same principle as standard cycles. However, the pedals are replaced with handles that also steer, and riders use their arms to push the handles around to drive the chain and wheels.

Most hand cycles have three wheels, although some have four. Four-wheeled versions may have power assistance instead of the rider turning handles, or they may be built for going down hill, in which case gravity powers the bike.

As with tricycles, hand cycles can have upright seats or low-down recumbent seats. Specialist ‘clip-on’ cycles are also available that can be attached directly to a person’s wheelchair.

Hand cycles are used by people with limited or no lower body mobility; for example, because of paraplegia, leg amputations and those with joint problems such as arthritis. Hand cycles are also useful for rebuilding upper body strength; for those recovering from stroke, for example.

There is huge variation in hand cycle prices. Basic models start at around £500, but road and off-road racing machines can cost thousands. 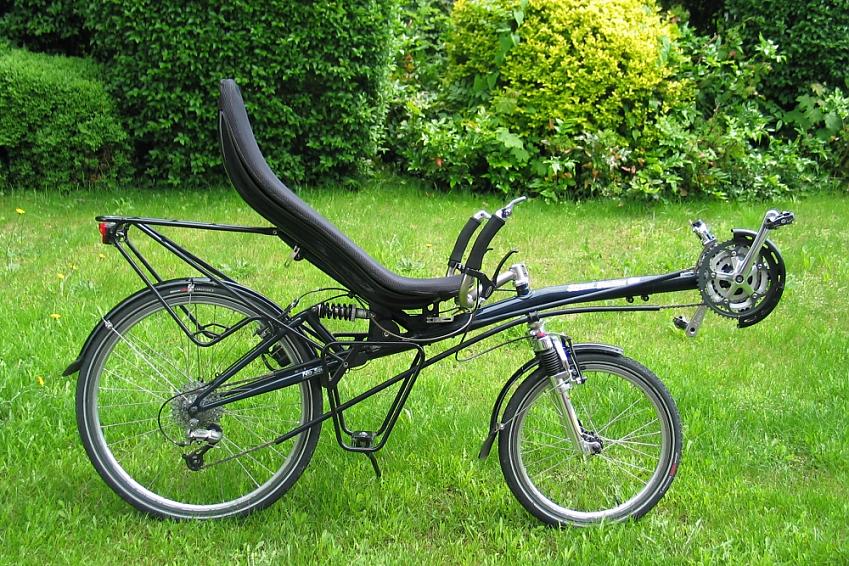 Recumbent cycles solve many of the problems most people may sooner or later experience – in the neck, back, posterior or arms and hands – with the conventional upright, but forward-leaning cycling position. These cycles are also useful for riders who prefer to have a lower centre of gravity. 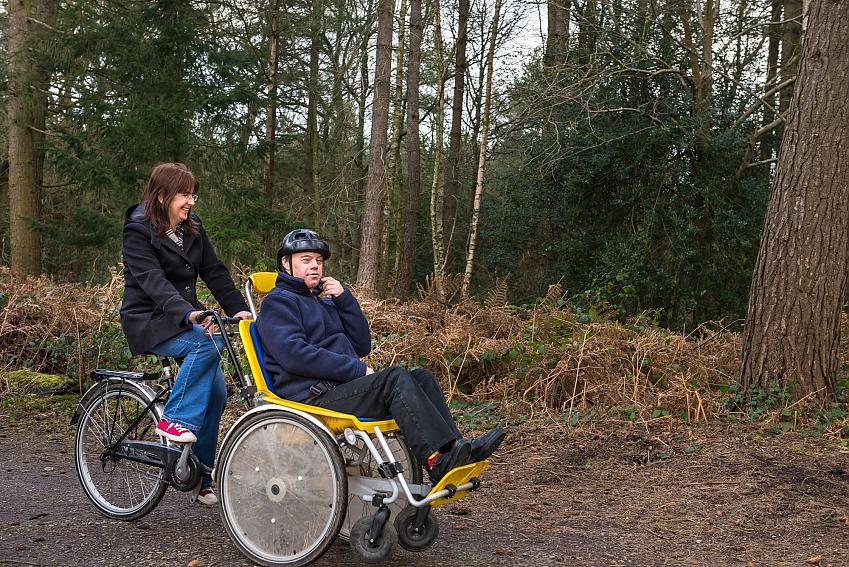 Although there may not be a cycle to suit every need, there are some that offer the same feeling of propulsion, without involving riding. For example, a wheelchair user can transfer into a seat on the front of a bike that’s being ridden by someone else.

Another version from manufacturer Van Raam allows wheelchairs to be loaded onto a front trailer that is attached to a bicycle. These bikes often have a power-assist option to provide the rider with a boost. These are ideal for people with severe disabilities and conditions such as advanced cerebral palsy or complete paralysis. 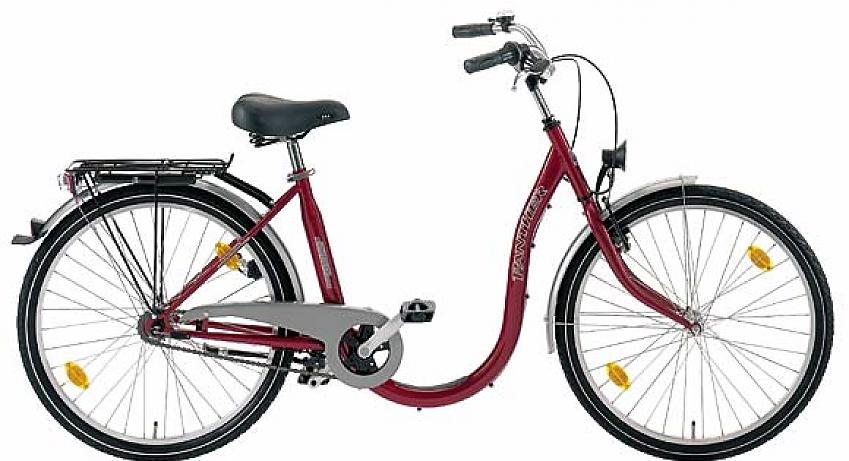 A low-step bicycle makes life easier for people who are unable or unwilling to throw their leg over a saddle.

Other difficulties affecting only one limb may be solved by fitting a special component to any normal bike. Loss of flexibility in a knee is helped by a swing crank, which maximises the contribution from the affected limb by allowing it to straighten to its full extent, while only flexing as much as it comfortably can.

An impaired arm or hand can be accommodated by careful choice of gear and braking systems: typically a wide-range internal hub gear in combination with a back-pedal rear brake, so that only one hand is needed for shifting and controlling the front brake. Also, if the hub gear does not give enough range, an additional gearbox which is shifted with the feet can be fitted in the bottom-bracket.

People registered as disabled may also qualify for VAT exemption on the price of buying a non-standard cycle, so check with the supplier before you make your purchase.

For further information on specific cycles, see Get Cycling’s guide. Also, VeloVision magazine has published an article with details of manufacturers.

For more information, or to try out different adapted cycles contact your nearest inclusive cycling centre or group.

What is inclusive cycling? View

Opinion: Disability and cycling – a panacea, an obstacle course, or both? View

The joy of cycling while recovering from illness View

What is inclusive cycling? View

Disabled cycling group reflects on a year to remember View