Improve your cycling skills by learning about road positioning. Cycling UK has produced a series of easily accessible video guides on maintenance and road safety. In this guide, we cover basic road positioning and how to tackle junctions safely

Why every cyclist whatever their level should learn road positioning

Less assertive cyclists worry that being further out may put them in the way of the traffic. It won’t: you are the traffic. Being in the traffic stream helps you to be treated like traffic.

You must register in a driver’s field of vision. You’ll do that best by cycling where they are looking. Drivers look where their vehicle will be in the next few seconds: directly ahead. They pay less attention to people and objects in their peripheral vision.

Drivers are obliged by the Highway Code (Rule 163) to give you “at least as much space as a car” when overtaking. Let that sink in: at least as much room as a car. That means that they should pull out, cross the central, dashed white line, and pull in again when they are safely past.

Unless you’re turning right, for example, there are two cycling positions to choose from, relative to the traffic stream.

Did you know more than 70% of collisions involving a bike happen at, or near, a junction?

That’s why we've produced a video guide to take you through the most common types of junction and how to negotiate them safely. 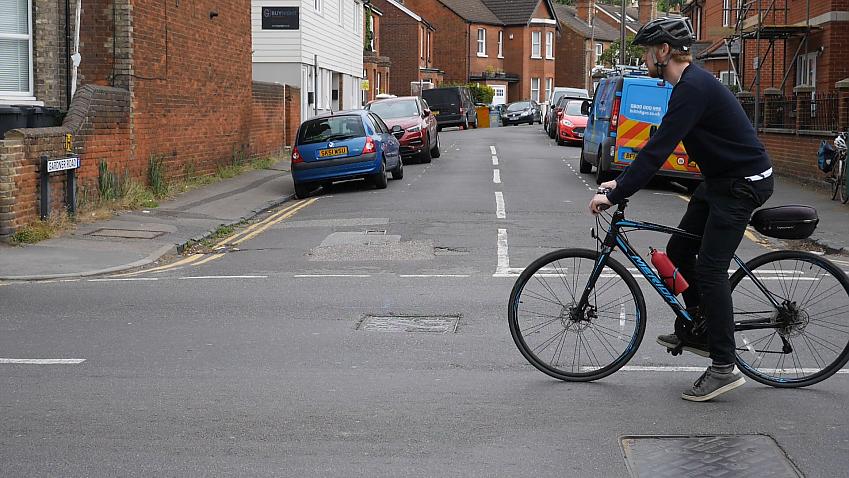 Turn right from a major road into a minor road safely

And when approaching an obstruction or narrowing in the road, take a more central position and always check over your right shoulder before moving to check it is safe to do so. 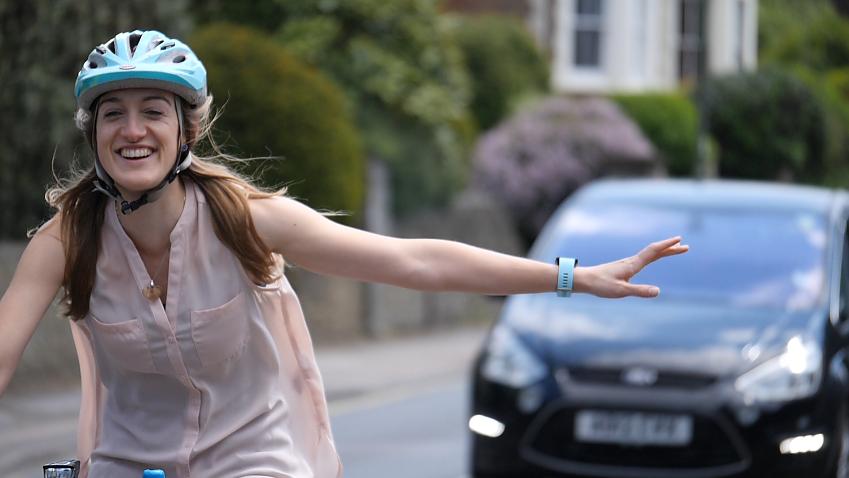 What this video covers: 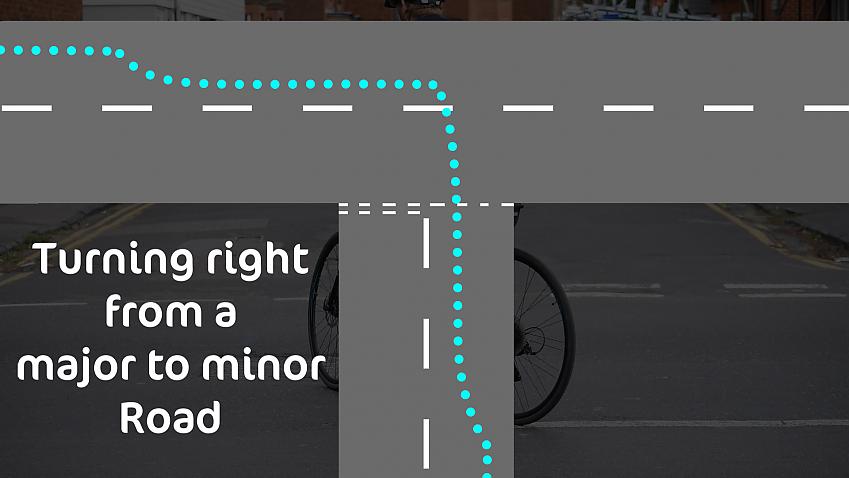 The video explains how to safely negotiate junctions on your cycle

This video has been produced as a series of five instructional guides covering road positioning and bike maintenance. We've also put together five written guides, designed to be downloaded on your phone for reference, covering the M-check, puncture repair, brake and gear adjustments, the essential tools you need and repairing a broken chain.

Free set of bike lights when you join Cycling UK

Claim a free set of lights with a Cycling UK membership when you join Cycling UK today.

Subject to availability and while stocks last.