Cycling during lockdown - lone twins take on the 2.6 challenge

By Christina Bengston
Friday, 8 May 2020

Cycling during lockdown - lone twins take on the 2.6 challenge

Last year we awarded ‘Real Yellow Jerseys’ to some of the everyday heroes of cycling who have been involved in Cycling UK’s Big Bike Revival. At the start of the Big Bike Revival 2020, Communications Officer Christina Bengston caught up with Real Yellow Jersey winner, Janet Baird to find out about her cycling during the lockdown and her 2.6 challenge.

“I was togged up in my bike gear, complete with my coveted yellow jersey,” said Janet.

“It took me 14 years to get back on my bike after losing my twin but I’m gradually regaining my confidence. I felt a burst of elation as I set off on my bike. It felt like people all over the world were taking part in something really special. And it felt so good to be biking at the same time as a special twin pal.”

Janet and Patricia were taking part in the 2.6 challenge.

Organised by the London Marathon and other organisers of the UK’s big mass-participation events, the challenge encouraged people to take part in their own ‘marathon’ events in lockdown based on the numbers 2 and 6. The challenge hoped to raised money for charities who had lost crucial funding after the cancellation of  many fundraising events, including the London Marathon.

For Janet it was always clear she had to do a cycling challenge. 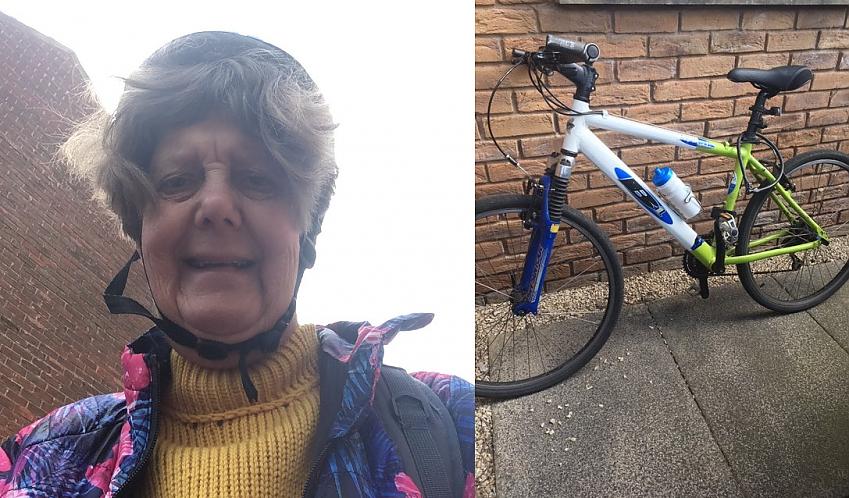 Janet stopped cycling in 2004 after the sudden death of her twin sister, Margaret, left her heartbroken. Janet and Margaret had been known as the cycling twins and the pair had raised money for Queen Charlotte’s Hospital in London - which specialises in women’s health - by cycling to Israel, Jordan and Egypt. So Janet again decided to raise money for the hospital and particularly the Genesis Research Trust.

After Margaret’s death, Janet had lost all her cycling confidence. Then in 2018, after attending a Big Bike Revival event in Harrogate run by Resurrection Bikes she rediscovered her love of cycling.

Janet now uses cycling to build up her confidence again. She said, “Getting back to cycling has been part of my recovery from losing my bike mate.”

Cycling hasn’t been the only thing that has helped in Janet’s recovery, she’s also a member of the lone twin network – a voluntary support group run by and for twinless twins.

For the 2.6 challenge she joined up with her friend Patricia, a lone twin in Portugal who was raising money for a cancer charity after losing her twin, Susana to the disease in 2015.

The 2.6 challenge launched on Sunday 26 April, which was the original date for the 2020 London Marathon and especially meaningful as it was Patricia and Susana birthday. 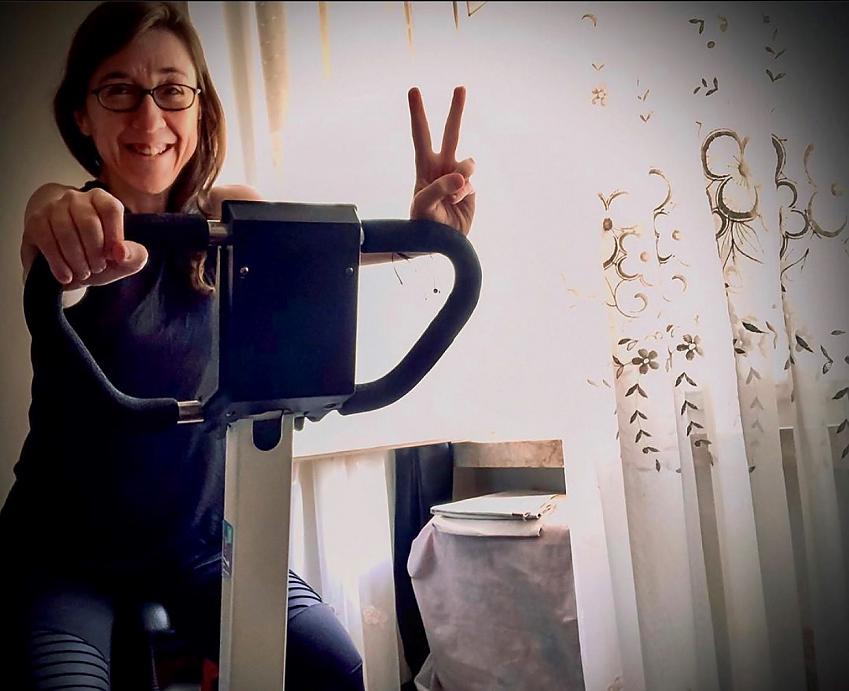 With each other for support, but completing their challenge in different countries, Janet and Patricia decided on a 26 minute twin bike challenge.

“I did my usual circuit round the neighbourhood and was back as the 26 minute alarm went on my phone," said Janet. "I took a bike selfie before and after my challenge and Patricia sent her pics too.

“It felt like a shared experience and for a short time I felt the joy I used to feel when I biked with my own twin. It had been a really special 2.6 experience for us both.”

During lockdown cycling has become even more important to Janet. “The highlight of my day is my 2pm bike ride,” she said. “I live in North Yorkshire and I’m close to lovely lanes and nature. So I’ve been off for an hour’s ride every single day of lockdown.

“Cycling has been a life saver. It’s definitely helped me cope with the pandemic. It’s helped me find some familiarity and the exercise has diverted my adrenaline and anxiety about the virus.”

“I would say cycling has saved my life, my soul and my mental health during the corona pandemic.” 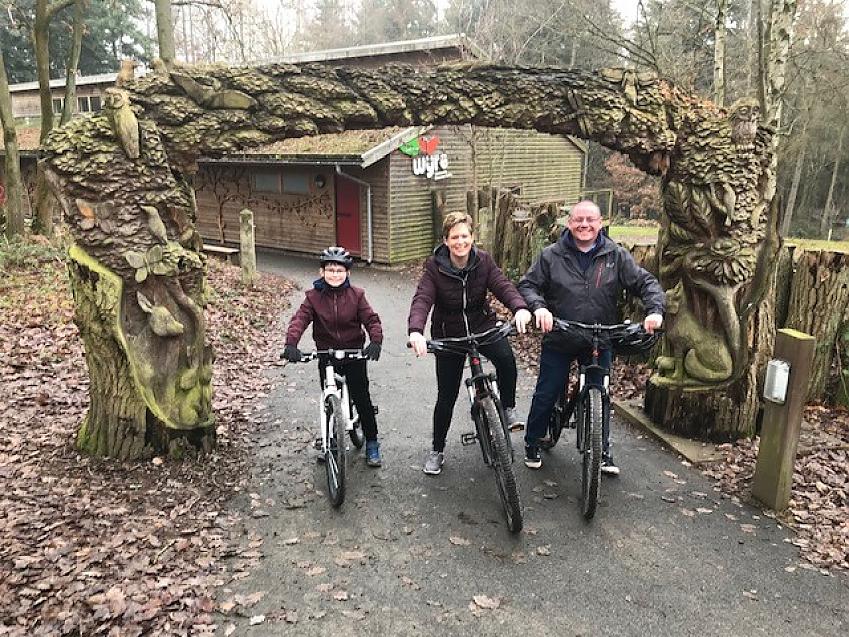 Another of our Real Yellow Jersey recipients Declan Nangle is currently enjoying home schooling and heading out on their bikes a few times a week with dad Paul, while mum Siobhan is busy working as a nurse for the NHS. 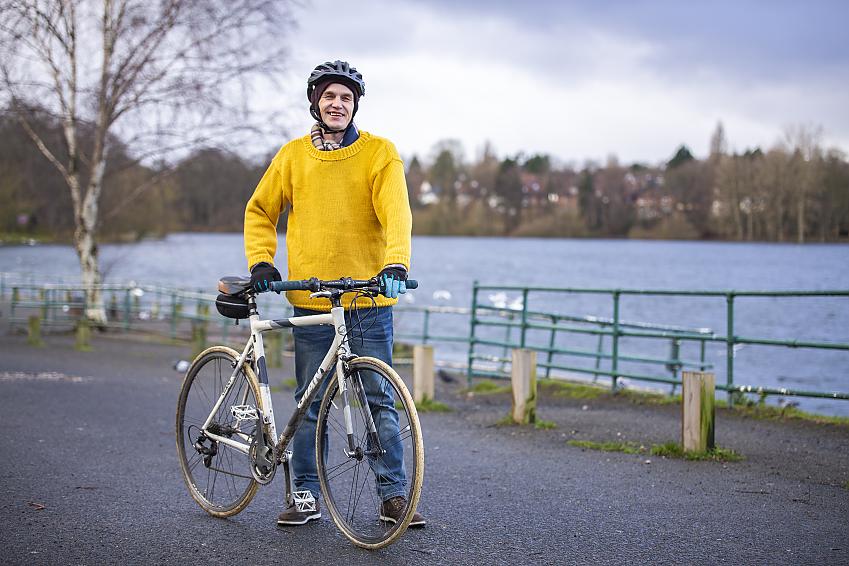 Bicycle workshop New Roots, where Real Yellow Jersey recipient Martin volunteers, has been given a grant by Cycling UK to offer free bike services to NHS and key workers during the coronavirus pandemic as part of the Big Bike Revival. They are also going to provide cycles to any NHS or key workers who doesn't have their own bike to get to work or use for exercise. Martin is keen to be delivering this service and will be starting a blog to keep a record of the people New Roots has been able to help.

Are you a key worker? Have you recently started cycling? Or do you have a story about cycling during the pandemic that you'd like to share with us? Fill in this short questionnaire.