We're celebrating 144 years of speaking up for cyclists

What’s a birthday without a few surprises? Today Cycling UK turns 144 years old. To mark the occasion, we’re reminiscing on some of the lesser-known tales and triumphs from a lifetime spent supporting cyclists

From day one, Cycling UK has been the voice of the everyday cyclist, running campaigns and projects which enable more people to cycle more often. The organisation has evolved over the years, still many of its founding principles endure today. But how much do you know about the UK’s cycling charity?

Here are just some things you might not have known about Cycling UK...

On 5 August 1878 – exactly 144 years ago today – the first meeting of the Bicycle Touring Club (BTC) was held in Harrogate, set up by founder Stanley Cotterell. In 1883 the organisation changed its name to the Cyclists’ Touring Club (CTC) to reflect the fact that a number of the first 10,000 members rode tricycles. By 1888 the club had doubled its membership and, at the turn of the 20th century, this exceeded 60,000 people. It was undoubtedly the largest and most influential cycling organisation of its time.

In 2016 CTC became Cycling UK to represent our role in speaking up for cyclists of all abilities, all over the UK. Our membership is now 70,000 strong and at the heart of what we do.

Have you ever come across a cast-iron winged wheel on the wall of an old pub or hotel? In 1879 the CTC introduced a hotel recommendations system, publishing a list of accommodation for cyclists in its members’ handbook. Less than ten years later, plaques of the club’s legendary emblem – 2ft in diameter – started to appear on buildings across Britain as a sign of cycle-friendly status.

But establishments could also be stripped of their CTC endorsement. One of Cycling UK’s first high-profile campaigns was an offer of legal support to club member Lady Harberton who, on 27 October 1898, had been refused service at the Hautboy Inn for wearing baggy knickerbockers and a jacket. CTC removed its winged wheel from the hotel and took the landlady to court. Despite it taking an all-male jury just 12 minutes to find her not guilty, the case hit the national headlines and paved the way for the advancement of women’s cycling.

Today we are still just as passionate about creating cycle-friendly places. You can find a directory of accommodation (and more) on our Cyclists Welcome website. For business in Kent, Cornwall or Norfolk, we have very recently created a Cycle Friendly Places accreditation to help you attract more tourists travelling by bike.

The BTC broke with tradition in 1880 when it allowed women to join. Some cycling clubs experimented with female membership, on condition they were associated with a male club member, but without full privileges. Other clubs rejected women outright. In contrast, Cycling UK was the first cycling club to extend membership to women on equal terms. By the mid-1890s approximately one third of new joiners were female.

We believe cycling is for everyone. But while women make up 50% of the population, they still cycle just a quarter of the miles of men. That’s why we’re proud to be doing our bit to redress the gender imbalance in cycling. You can find out what we’re doing to enable and empower more women to ride by visiting our women's cycling advice page.

4. Permitted to put up road signs

Only a select few organisations are allowed to put up road signs; Cycling UK is one of them. Danger and caution boards, first introduced around 1884 to warn of steep descents and other hazards, carried the CTC logo and were one of their first road safety initiatives. In the 1890s, anyone could apply to the CTC for a danger or caution board and, by 1902, the organisation had installed a remarkable 2,331 danger boards and 1,989 caution boards.

Our commitment to road safety continues to this day. In January of this year, new Highway Code rules for England, Scotland and Wales were introduced. Cycling UK was closely involved in developing the changes, which should make our roads significantly safer for people cycling and walking. If you share our passion for a better world by bike, find out how you can take action and support our vital campaign work. 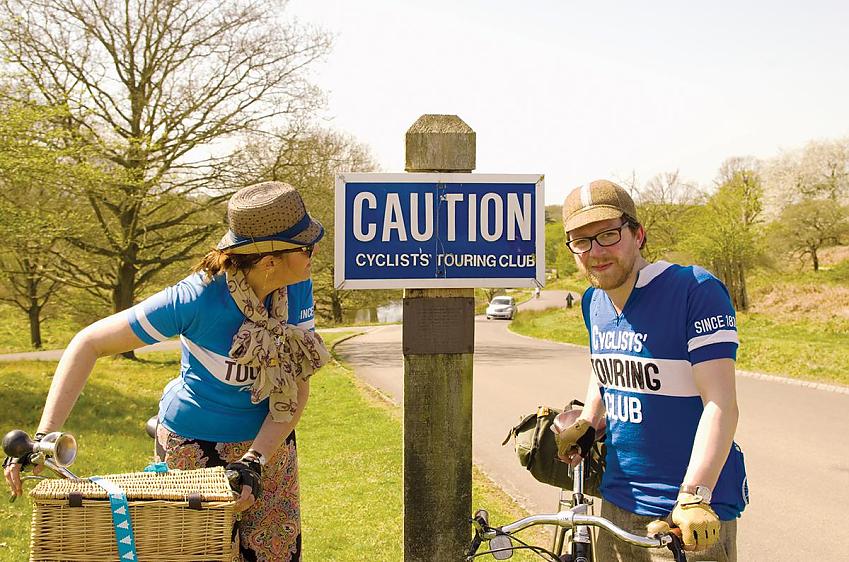 5. Gave cyclists the right to ride on roads and bridleways

One of the greatest campaign wins in our history came in 1888, when action by the CTC led to the Local Government Act recognising cycles as ‘carriages’ with the right to use roads for the first time. This legislation was so important that it was dubbed the ‘Cyclists’ Magna Carta’. Before long, the CTC became known for taking action on behalf of cyclists. By the 1960s, the organisation began to tackle the issue of legal access to the countryside. In 1968 the right to cycle on bridleways and long-distance cross-country routes was incorporated in the new Countryside Act, largely as a result of CTC campaign work.

With your help, we’ve been lobbying MPs ever since that landmark 1888 Act and continue to fight for the rights of every type of cyclist. Our Trails for Wales campaign is paving the way for wholesale access reform in Wales - the biggest change in rights of way legislation since Scotland’s Land Reform Act in 2003 (which we also played a role in). We also are committed to supporting local campaigners to stand up for cycling in the places where they live. Our Cycle Advocacy Network (CAN) brings together people with a shared interest in creating the conditions that enable more people to cycle, including better infrastructure and safer roads.

6. Inventors of the Cycling Proficiency Test

At the CTC’s annual meeting in 1938, a motion was passed for cycle instruction to be included in the school curriculum. Although the outbreak of World War Two put this on hold, in 1947 a scheme for training and testing children was introduced. CTC prepared the instruction manual, with seven children taking part in the pilot session on 7 October.

In more recent years, Cycling UK helped co-ordinate a new look for Cycling Proficiency. In 2007 it was renamed Bikeability, who we continue to work closely with this to this day. We’re passionate about enabling the next generation to cycle and you can find out how to teach your child to ride a bike by watching our quick video guide. 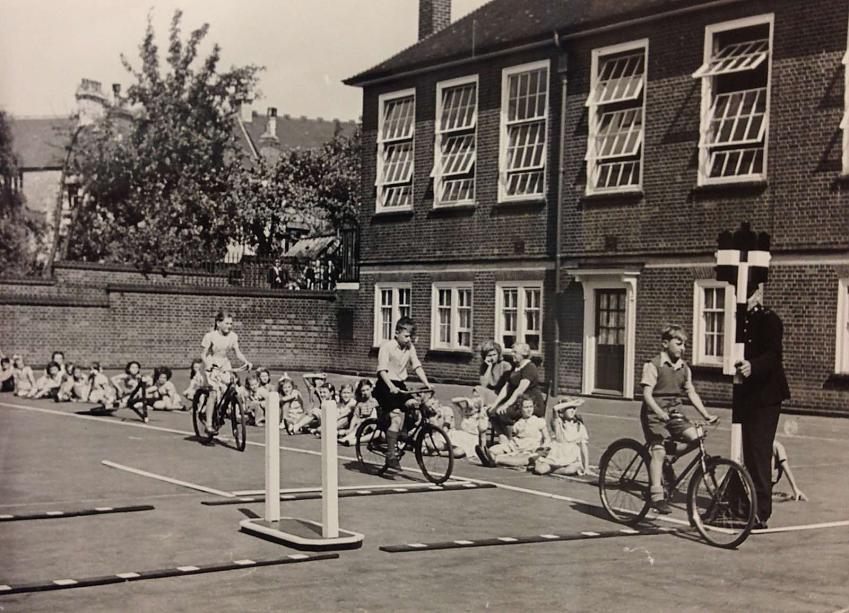 One last thing! We want to take this opportunity to say a huge thank you to everyone who has supported our work as a charity over the years. Together we are making the UK a happier and healthier place to live, because more people cycle.

And with that being said, there really is no better way to mark a birthday than with a bike ride – cake stops are compulsory. So get out there and celebrate this special day with us! Don’t forget to share your photos on Facebook, Twitter and Instagram using the hashtag #WeAreCyclingUK.

Cycling UK has championed the cause of cycling right from the start. The early spirit of the BTC and CTC lives on in our commitment to cyclists' rights today. With your help, we can continue to achieve real change.

Here’s to another 144 years of cycling advocacy and innovation.

Does the history of cycling interest you? Then pedal back in time with CTC View

This hill is dangerous! A history of Cycling UK's danger and caution boards View