On my bike: Roger Geffen MBE

On my bike: Roger Geffen MBE

This year, Cycling UK’s policy director Roger Geffen MBE celebrates 20 years at the charity. We spoke to him about his cycling habits

Why do you cycle?

Ooh, so many reasons, most of them involving F-words! It’s fun, it’s fast, it’s free (almost), it keeps you fit, it stops you getting fat, it avoids burning fossil fuels…

I started cycling regularly in London after leaving university. I didn’t have a green brain cell in my head at the time, though. It was mainly to save money and because the eccentricity of the idea appealed to me.

However I soon realised that cycling in London wasn’t crazy at all – it was far more sensible than sitting in all the metal boxes I was overtaking every morning. Then I came across the London Cycling Campaign. I was in London; I was cycling; I can see why you might want to campaign for it – and the rest is history!

How far do you ride each week?

For me, cycling is mostly a means of A to B transport. So, now that I’m mostly working from home, the answer is only about 20 miles on average. But that’s not including holidays!

Which of your bikes is your favourite?

The Mercian. I only have one other bike, namely a mountain bike (although I suspect it would probably now be called a gravel bike). However, the Mercian is my loyal day-to-day companion, which puts up with the wear-and-tear of London, while still being willing to take me over Alpine mountain passes when I ask it to!

What do you always take with you when cycling?

A pump and a repair kit. Nothing very distinctive I’m afraid.

Who mends your punctures?

I do. I’m not good at repairing anything more complex, but I’ve had enough punctures over the years that I can manage them!

I’d be tempted to get a bikepacking bag. It’s something I’ve not tried, and it’s about time I did.

The most fun I’ve ever had on a bike was a circuit starting and ending at Barcelonnette in the French Alps, via the Col de Cayolle, the Col des Champs and the Col d’Allos: absolutely wonderful! Mind you, the ride out to the beach of Hushinish in the Hebrides comes a very close second.

What single thing would most improve matters for UK cyclists?

Protected cycle lanes on all faster or busier main roads, with lower speed limits and traffic volumes everywhere else. 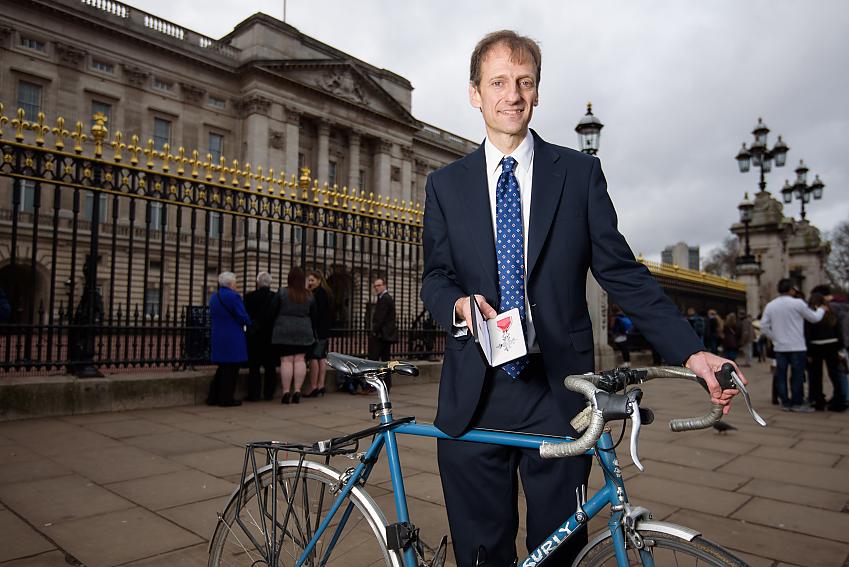