CTC member and Black sociologist Lionel Anthony originally wrote an article about the legendary cyclist Marshall Walter 'Major' Taylor for the Nottingham CTC newsletter. Lionel is now keen to share the story nationally about the man who won the world 1-mile (1.6 km) track cycling championship in 1899 and who not only set many more records and travelled the world, but overcame racial discrimination.

As one of the very few Black cyclists within the CTC, I wanted to raise the profile of contributions made to cycling by members of the Black Community and share his story online. I started cycling long before I knew about Major Taylor, but he is an inspiration.

Major Taylor was one of the first Black American athletes to achieve world fame. He faced and challenged many experiences of discrimination in his career, for example, Black cyclists were not allowed to join the US cycling organisations when he started. He was a very principled man, refusing to race on Sundays because of his Christian faith, even though there was a lot of money to be made from doing it. 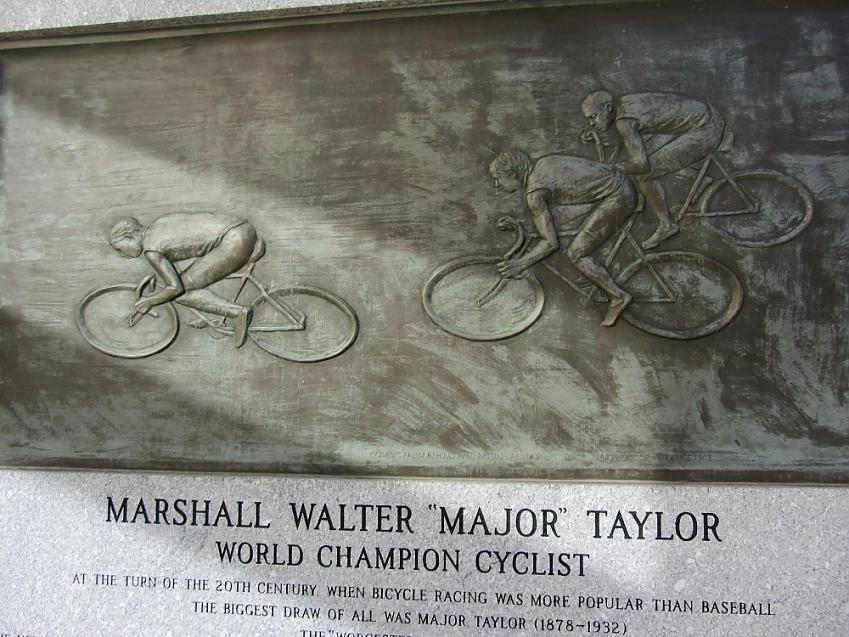 Not only was Major Taylor celebrated in the UK, France and Australia, but he was also involved in some of the earliest sports science research at the Wesleyan University in Middletown, Connecticut. At the time, cycling and cycle racing were booming and most American cities had velodromes - tandems and steam-powered motor cycles were used as pace machines, all very dangerous because tyres and tracks were so unreliable.

Major Taylor raced only once in England. It was August 8, 1903, at the Canning Town track in London. Major Taylor raced against English champion Sid Jenkins and French star Charles Piard in three one-mile matches, and Major Taylor won all three. Taylor was based in Paris that season, and his trip to England was brief, for he had raced at the Buffalo Velodrome in Paris on August 6 and raced at the Buffalo Velodrome again on August 13.

Major and his wife Daisy became a celebrity couple (the Posh and Becks of their time) and, as Black Americans, this was unprecedented. However, when he retired from racing, Major wasn't accepted to study engineering at university and he lost a lot of his savings in the Depression. He wrote an autobiography and was travelling about selling copies from his car when he died in 1932.

The Major Taylor Association campaigned to make sure his achievements were not forgotten, and the memorial in Worcester, USA, was unveiled in the 2008. A Major Taylor racing team has entered modern inter-University races, and Major Taylor Cycling Clubs have been set up to encourage modern Black youngsters to take up cycle riding and racing.

I'd seen a few pictures of Major Taylor on a track bike but knew little about him until I picked up a biography in a bookshop and couldn't put it down. I visited Worcester USA, while driving back from Vermont, to see the Major Taylor memorial by the library in the Civic Centre. Unfortunately, I didn't have time to unpack the bike and ride the famous hill where he used to train, testing bikes from a local manufacturer who sponsored him.

Thanks to Lionel Anthony for much of the information in this article.