It’s the season to be jolly and bring family and friends together, but inevitably there are many people whose Christmas celebrations are interrupted by illness or injury, such as the young people admitted to Alder Hey Children’s Hospital in Liverpool. North Liverpool Cycle Project’s Santa Cycle uses the gift of cycling to spread Christmas cheer to these kids and their families. Cycling UK’s Development Officer for Liverpool City Region Chris Alston was there to take the lead and support an organisation close to his heart.

To help make Christmas as special as possible, North Liverpool Cycle Project organises an annual bike ride known as the Santa Cycle to visit the city’s children who are spending the holiday season in hospital. Cyclists dress in festive clothing, decorate their bikes and donate Christmas gifts to leave underneath the Alder Hey Christmas tree.

The event gives people the chance to spread some festive cheer to children who are too poorly to spend December at home. It is a fun and heart-warming day out, which sees cyclists from a variety of backgrounds come together to deliver presents using pedal power. Supporting this hospital is of special importance to me, as their doctors saved my sister’s life when she was a baby and quickly diagnosed her life-threatening kidney malfunction. More recently, they also performed a surgical intervention to clear an infection in my youngest daughter’s foot. It is great to use the gift of cycling to give a bit back to the community and make Christmas as special as possible for the children and their families. 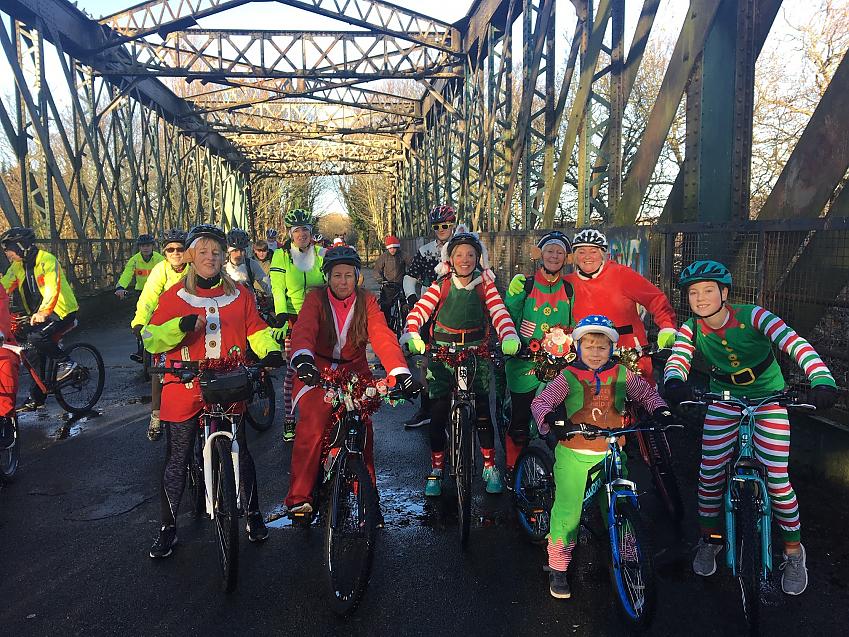 The Santa Cycle out on the Loopline

Despite the weather being touch and go, nothing could dampen the spirits of the 70 cycling Santas, elves and reindeer.

This year, despite the weather being touch and go, nothing could dampen the spirits of the 70 cycling Santas, elves and reindeer who took part in the Santa Cycle on Sunday 9 December. Within the group were members of the Anfield and Everton Community Mountain Bike Project, and Cycling UK's HYPE Bikes, Hope 4 All, Liver Pedlaa Pool and Liverpool Loopline Ladies Cycling. 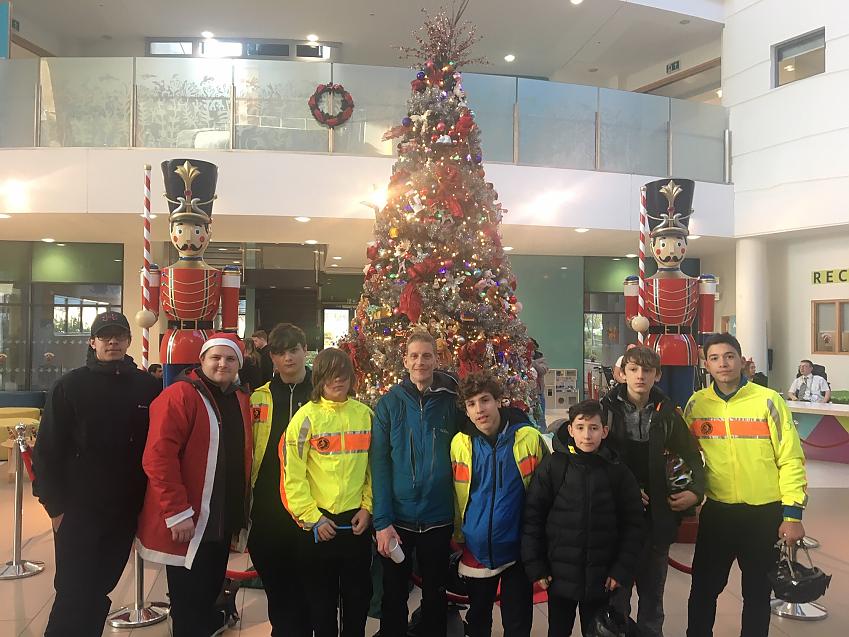 Participants from the Anfield and Everton Community Mountain Bike Project

Upon arriving at the hospital, the group was greeted by the staff from the Breckfield North Everton Neighbourhood Council, who provided refreshments before everyone gathered around the Christmas tree to show their support for the staff and patients at this fantastic hospital.

Cycling participant Michael Owens, who donned an elf costume for the day, said: “My wife and I really enjoyed the Santa Cycle. It was really well organised and it was lovely to dress up and chat to some of the children who were at the hospital. We thought the support from Merseyside Police was fantastic. We felt like VIPs as it is very rare that cyclists get priority over other road users – thank you very much for that!” 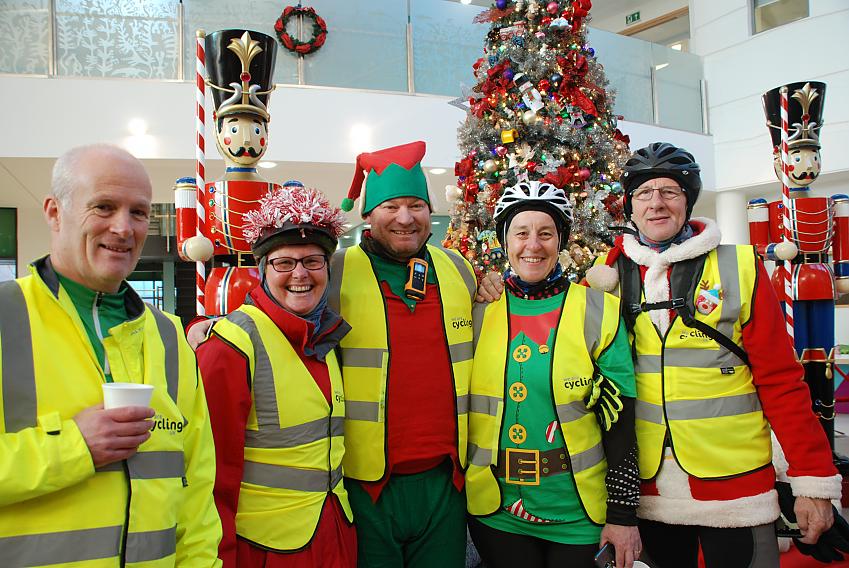 It was great to see so many happy smiling faces throughout the event and give people the opportunity to use their bikes as a means to help others. It was clear that fun was had by all. Everyone who took part was treated to Cycling UK gifts as a token of our appreciation for all they do to support our events and encourage more people to cycle.

Thank you to everyone who came along, and a special thank you goes out to the staff and volunteers at Alder Hey Children’s Hospital for supporting families and helping children get better all year round.

With so much energy and interest from everyone involved, we’re really looking forward to holding the next Santa Cycle in 2019. Merry Christmas everyone and all the best for the New Year.

Getting ladies of Liverpool out on the Loop Line View

Wirral Wheelers ride out for their youngest club helper View