Streetbikes is a community-driven group in Kirklees that recycles bikes and gifts them to people in need – and demand is never higher than at Christmas. Months of preparation – and a little help from legendary road racer Brian Robinson – made this year’s day of donations a huge success.

Gills says: “We recycle bikes all year round – since we started nine years ago, I worked out we’ve given away 9200 bikes.

“We’re here to help anyone of any age or ability, from two years old to 92 years old. The families are from deprived areas across West Yorkshire, people who could never normally afford a bike.” 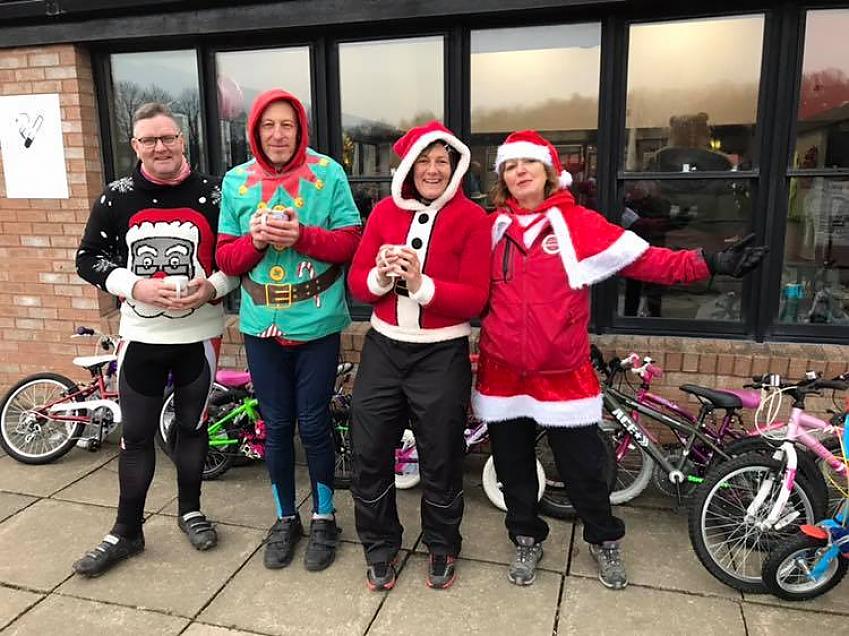 With Streetbikes, months of work and preparation can ensure that children who normally get very little at this time of year can have their own bicycle. Even if it’s their only Christmas present, it’s a very special one.

“For Christmas, we start making a list in October, and contacting organisations who work with struggling families, advertising on social media and putting posters up in food banks,” explains Gill. “Normally we have a limit of two bikes per family, but at Christmas, if a family has four children, we give a bike to each of them.”

In gifting a bike, you’re supporting someone with whatever they have going on in their life.

It’s a fantastically sustainable project too. The families are incentivised to look after their bikes, because if they bring them back in a recyclable, reusable condition, Streetbikes offers a trading up scheme and kids can have new bikes as they grow. Steetbikes’ team of bike mechanics keep things moving along.

This Saturday saw the culmination of all of Gill and Streetbikes’ hard work over the past few months, as they gave away this year’s Christmas bikes. Brian Robinson, a famous road racer of the 1950s and early 60s and the first Briton to finish the Tour de France, donned a beard for the day to help out – see if you can spot him in BBC Look North’s video below. Brian has been patron of Streetbikes from its very beginnings, and he recently won Cycling Weekly’s Lifetime Achievement award. 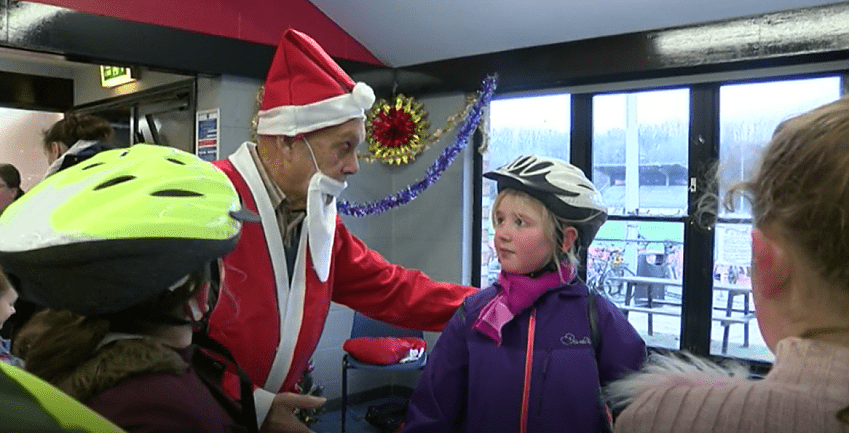 Streetbikes do so much more than give away bikes, however, and the projects run through the rest of the year have just as much impact.

Gill says: “We teach people too – children, and men and women. We have shipping containers full of bikes, and we are fortunate to have the facilities to help people with different disabilities, whether that’s using adapted bikes or on two wheels. We often help those with autism or learning difficulties, or those with dyspraxia to help their balance and coordination.

“We run a session for children with Down’s Syndrome, and the best bit is giving the mums a chance to cycle around too. They wouldn’t normally get to – they are too busy caring for the needs of their children, and it’s a real laugh for them, it helps them relax and cope with their stress levels.” 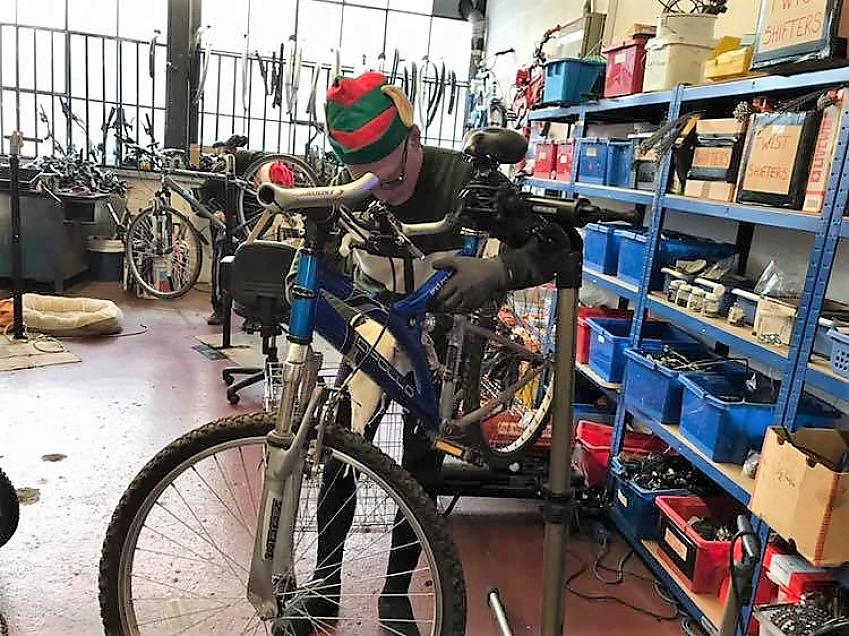 A Streetbikes elf hard at work

She continues: “I’ve seen how our work has helped people on the edge, vulnerable people with severe depression on the brink of suicide. We’ve given them the chance to cycle out on the greenway and then join group rides and then even become volunteers for us themselves. One man we helped was on the verge of ending his life, and cycling has helped him get to a point where he found a full-time job, a new relationship and now he has a baby on the way and he’s really happy – and that all started with a recycled bike.

“I think our success is down to the wide-open space on the running track – everyone is welcome and open and talking to each other. That’s why Streetbikes works.

“It makes the hairs on the back of my neck stand up, knowing you’re making a difference. In gifting a bike, you’re supporting someone with whatever they have going on in their life.”

To support Streetbikes' amazing work, you can donate directly via the JustGiving page.