Encourage all the family to cycle in Bike Week

Encourage all the family to cycle in Bike Week

Since 1923, Bike Week has been the UK’s annual awareness-raising week for cycling. Every year there are hundreds of events around the UK and some have been going year after year, with organisers and participants returning to show their support for cycling and encouraging friends. The Burghfield Family Bike Ride is just one such event that inspires hundreds of families.

13 years ago John Valentine had a vision for more community events and started a family bike ride in the village. While just a handful of people attended, the next year the community picked up the baton and started spreading the word. Supported by the Parish Council and various friends, Scout groups and Together in Mission, the event has grown to last year’s peak of over 300 riders.

The bike ride comes with optional fancy dress: this year the theme is Sci-fi. Alongside the ride the local scouts run a cash BBQ and Thames Valley Police attend to offer advice about bike security, as well as the event receiving support from local businesses.

Ben Ash and Andy Courtnadge have taken over running the event after long-time organisers Glyn and Helen Townsend stepped down from that duty last year. After going to the Burghfield Family Bike Ride twice with his daughter, Ben wanted to help keep the event going so that his four year old son could enjoy it too.

He and Andy are helped by four other local parents to organise the event, two of whom are self-confessed 'cycling zealots' while the rest just like the occasional ride or commute on bike. The rest of the organising committee includes 10-20 Scout volunteers for marshalling and barbeque duties. Thames Valley Police, the West Berkshire cycling co-ordinator, and Pete's Bike Shed who provide the maintenance support – it’s quite the community effort.

Why do you take part in Bike Week?

Both Andy and Ben are keen supporters of Bike Week, as well as cycling in general. Andy says “Bike Week is the only reason this event was established in the first place. It gives the event a purpose and credibility, and the support and insurance provided by Cycling UK has been invaluable for organising the ride.”

Bike Week is the annual opportunity to celebrate the social, health and environmental benefits of cycling and encouraging more people to benefit from them. The Burghfield  Family Bike Ride makes a big difference to the village and it’s residents by inspiring people to cycle who wouldn’t usually consider it. Andy told us many people in the village tend to have their bikes buried away in the garage and minor issues like flat tyres are used as an excuse not to use them regularly. As the event is well publicised around the village it makes people dust off their bikes and get them roadworthy and reminds people that cycling can be a fun as well as practical way to get around.

Every week is Bike Week

Andy told us about his lifetime love of cycling. “Before I had a car it was my first taste of freedom, cycling around the South Downs with my friends. I still enjoy that feeling, as well as the exercise and the way it allows you to cover reasonable distances while still being able to see, hear and smell everything around you. I’m keen for others in our community, particularly children who may not otherwise get out on bike rides, to experience the same thing” 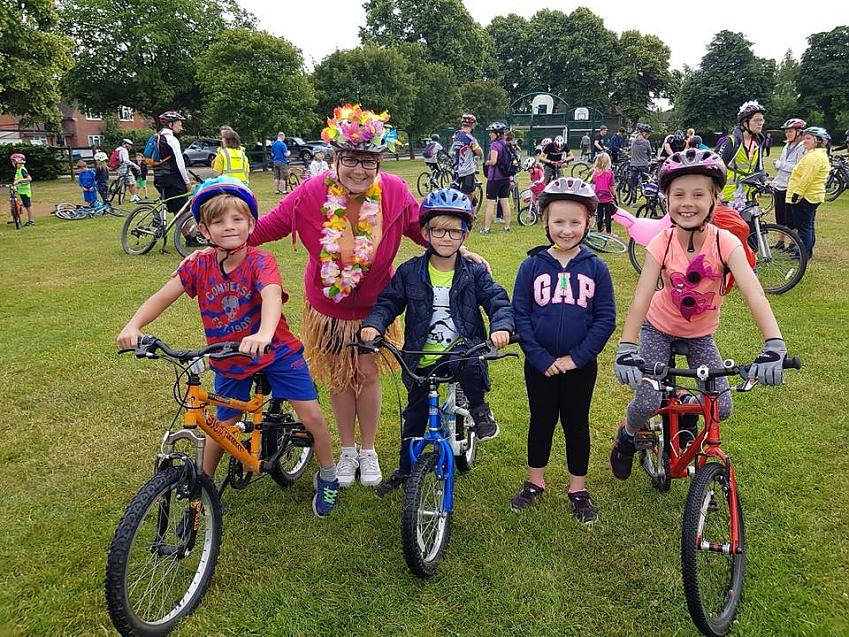 The annual Bike Week event is growing every year

For Ben the motivation is both for his family and for the local community. He said “I joined the Burghfield Family Bike Ride in 2017 once my then 6 year old daughter was confident on a tag-along. In 2018 she was able to ride by herself, having spent the spring working towards her Beaver Scout cycling proficiency badge. She managed the entire five mile route on a single gear bike, and completely stunned us all with her determination.”

When the previous organisers stepped down, he knew he did not want to see the event end and so offered to take on the running of it. Despite not being a frequent cyclist he remembered using a bike daily while at university for his three mile commute.

“It was a sense of freedom, coming as it did at a time when I was newly away from living with parents. I now advocate cycling to my daughter on our 700m route to her school, or to Scout meetings, weather permitting, and it’s allowed us quality time together doing something we both enjoy.” 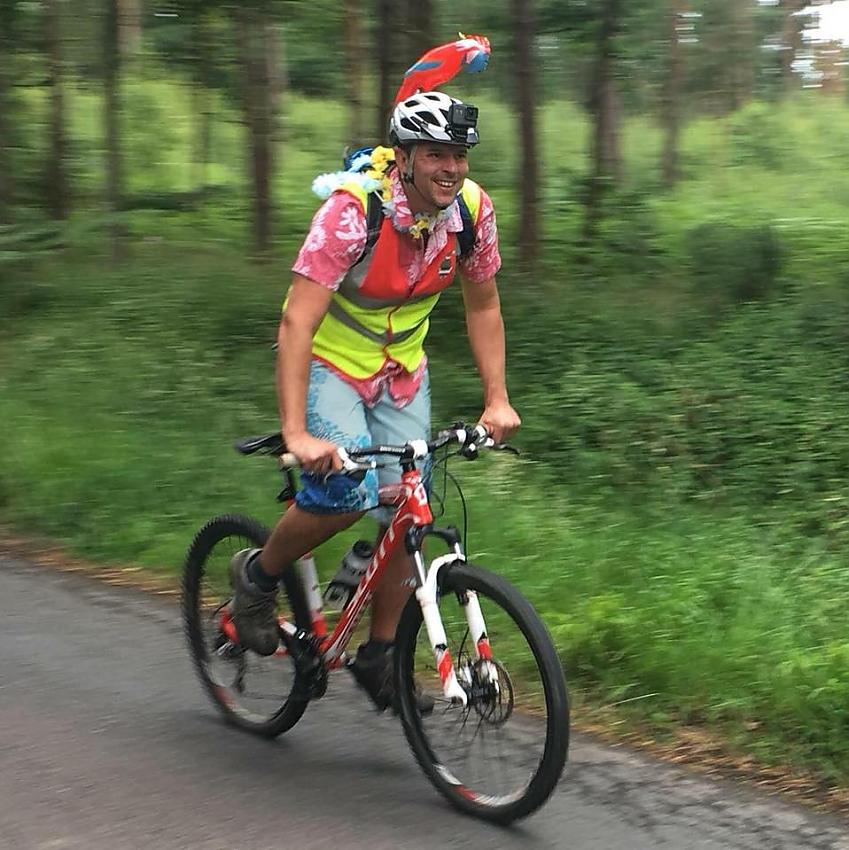 Fancy dress is optional, this year the theme will be Sci-fi

The sense of community spirit, as well as as promoting cycling to the next generation, is a key message that comes through from the Burghfield Family Bike Ride. Andy remembers the first time they participated in the event: “My son Ben was only about 4 and he managed to cycle the whole course on his own bike, albeit coming back some time after everyone else! The organisers were extremely kind and stayed back with us (in their superhero fancy dress). He was really proud of himself, as were we. He certainly wouldn’t have cycled that distance normally without the atmosphere, support and feeling of being part of a big event.”

The Burghfield Common Family Bike Ride 2019 takes place on Sunday 9 June as part of Bike Week. You can find out more information and see photos of the event on their Facebook page.

Are you the next secret millionaire? – pitch your ideas live to Dragons Den judge Piers Linney View

Bike Week is back View

#7DaysofCycling View
Cycling UK continues to support the UK to cycle
This remains true during this difficult period with the ongoing threat of coronavirus Covid-19
Read our latest advice on cycling
Join Cycling UK to help us change lives and communities through cycling
Membership gives you peace of mind insurance, discounts in cycle shops, rides & routes
Join now