A serious road accident left Andy Cribb in hospital for 11 weeks and put his cycling future in doubt. Now he has embarked on a challenge of mountainous proportions

In July 2017, Andy Cribb was commuting to work in Yorkshire when he was knocked off his bike by a driver emerging from a junction. The high-speed collision left him with terrible injuries, the most serious of which was a dislocated femur with a broken femoral head (the ball joint at the top of the thigh bone). “I spent 78 days in a hospital bed, and was told I would never cycle seriously again.”

Four years later, however, Andy is embarking on a challenge that would test any cyclist, injury or no injury. Today he set out to climb Bealach na Ba in the Scottish Highlands – the first of the 100 Greatest Cycling Climbs catalogued by Simon Warren in his 2010 book. Over the coming month, Andy aims to complete all 100 climbs, cycling between every one, for a total of 3,300 miles. That means averaging more than 100 miles a day, and climbing a total of 245,000 feet, or the equivalent of eight and a half times up Mount Everest.

Andy gives credit to the staff of the Northern General Hospital in Sheffield for helping his remarkable recovery, but was also very grateful for the protection Cycling UK membership provides through free legal advice and discounted insurance. “I was fully insured through Cycling UK so that was a great help,” he says.

Now 58, chartered accountant Andy started cycling relatively recently in 2014, joining rides with Common Lane Occasionals, a Cycling UK-affiliated group in his home town of Sheffield. Despite his enforced time off the bike following his accident, in 2019 he completed the 760 mile Paris-Brest-Paris in 75 hours: comfortably his longest ride – until now. 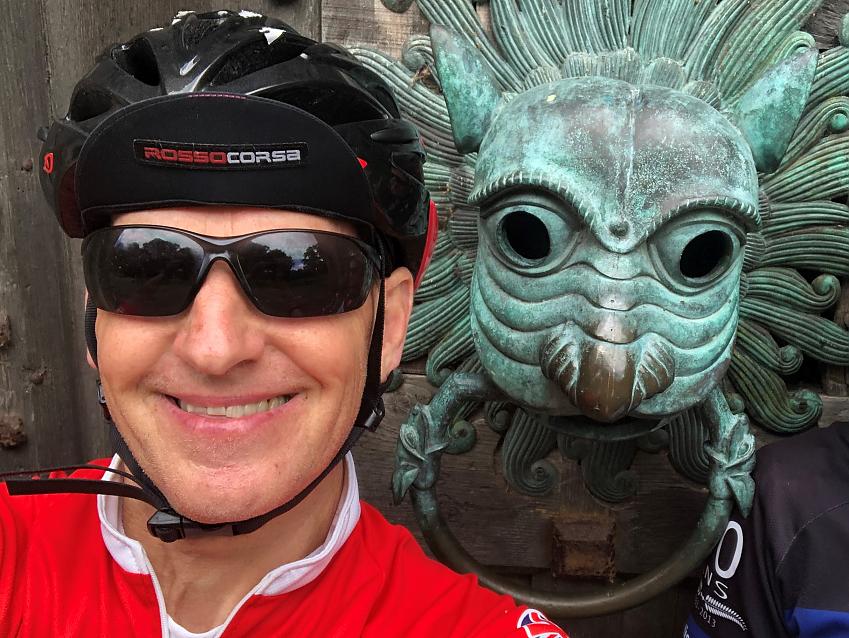 I love a challenge, and taking on the 100 Greatest Climbs is the toughest I've done

“I love a challenge, and taking on the 100 Greatest Climbs is the toughest I’ve done. It’s not just the distance; it’s the cumulative effect of the draining hill climbs each day. I’ve been out training a lot, but also spending a lot more time on the turbo, which is less fun but necessary to build up my power.”

He admits to being nervous about the challenge ahead, but has plenty of support from friends. “I have one riding with me for the first five days, and then more joining me at intervals – probably about two-thirds of the time I will have company, but I’m also looking forward to time spent riding on my own. My schedule also includes a day off in Bath, where my wife will be joining me.”

That schedule includes not just the gruelling Bealach na Ba but also Ffordd Penllech in north Wales – officially the steepest street in the world according to the Guinness Book of Records, at 40%. The greatest number of climbs in one day will be seven, in the Yorkshire Dales. All in all he will cover almost 60% more distance than the riders on this year’s Tour de France, and 70% more elevation.

Although he came up with the idea as a personal challenge, Andy will also be raising money for Oasis Community Housing, a project he has a long involvement with. “They do a lot of work with vulnerable women, and the murder of Sarah Everard earlier this year really struck a chord with me, as my daughter used to live in Clapham, so I wanted to do something to help.”

Cycle Insurance View
Cycling UK continues to support the UK to cycle
This remains true during this difficult period with the ongoing threat of coronavirus Covid-19
Read our latest advice on cycling
Join Cycling UK to help us change lives and communities through cycling
Membership gives you peace of mind insurance, discounts in cycle shops, rides & routes
Join now