Cycle Advocacy Network: yes, we CAN

Photo: James Craig. This will be the central message of the ‘Pedal on COP’ ride on 6 November
By Duncan Dollimore
Tuesday, 28 September 2021

Cycle Advocacy Network: yes, we CAN

Our Cycle Advocacy Network helps individuals speak up for cycling and make a difference where they live. Duncan Dollimore explains how

As the days tick down towards COP26, the United Nations Climate Change Conference that takes place in Glasgow in November, many of us will be hoping for much more than warm words from politicians. But how can any of us influence what Boris Johnson signs up to in Glasgow, or what happens next?

It’s easier to get your head around a smaller problem: something that can be fixed locally by a few people. Climate change is such a huge global issue that many people don’t know how to make their voice heard or where to start. However, as I discovered when speaking to Iona Shepherd in Glasgow, campaigners across Scotland are desperate to do everything they can to ensure that decision makers listen to them. 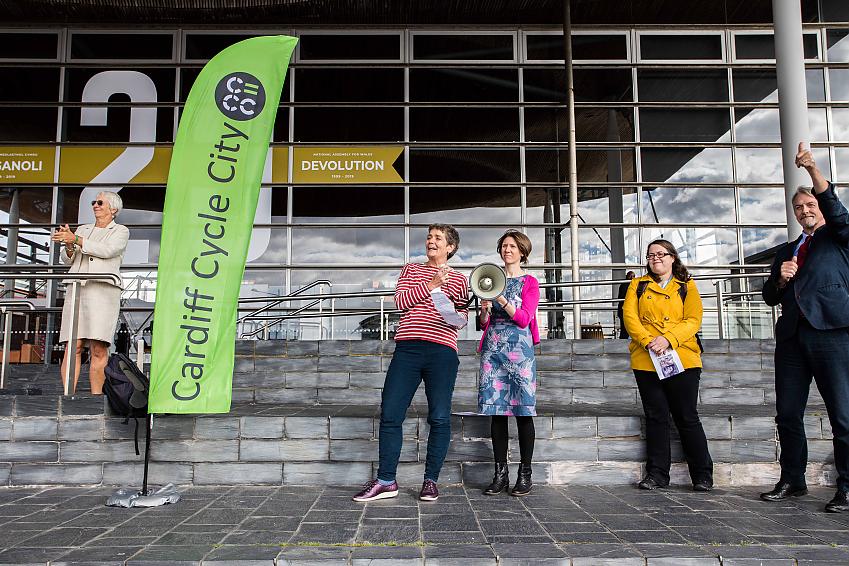 Gwenda Owen (on the left, outside the Senedd) is a local representative in Cardiff and heavily involved in Cardiff Cycle City, which aims to do exactly what it says

Iona is the campaigns lead for GoBike, the cycle campaign for the Greater Glasgow area, and one of the core volunteer organisers of Pedal on Parliament (PoP), the Scotland-wide cycle campaign. I’ve always loved PoP’s campaign imagery, particularly the polar bear on a bicycle with the ‘This machine fights climate change’ message. The simplest solutions are often the best. As many of us know but don’t always articulate, bicycles and tricycles are mighty machines in their own right, but also a mighty metaphor for solutions which are well within our grasp.

With COP26 in town, Iona and her colleagues will be highlighting the importance of sustainable transport in tackling climate change. “GoBike are petitioning to keep existing direct, traffic-free routes open during the conference,” she said, and Pedal on Parliament are working to have active travel represented at the Global Day of Action protest march in the city on the 6 November, sending out the message that ‘This machine fights climate change’. With the help of other cycling groups, we’re also organising feeder rides from around the UK and all corners of the city to the march.”

I want to talk about Cycling UK’s Cycle Advocacy Network (CAN) in this article, but I started with COP because it’s easy to get caught up with labels about campaigning, campaigners, advocates, and networks. Iona may be a campaigner, but many of those joining or helping to arrange feeder rides are just people who care about the environment, think more people riding a bike is a good place to start, and want decision makers to listen. They want to and believe they can make a difference, and PoP are helping them to do that in the run up to what Iona describes as “one of the most important climate conferences we’ve ever had, as we near the point of no return on climate change”.

And that’s why enabling others to campaign themselves, or at least have their voice heard, is critical to influencing outcomes – the key one for Cycling UK being millions more people cycling. I’m often asked by people across the UK what the campaigns team can do about poor infrastructure or some other barrier to getting more people cycling where they live. The reality is that we can’t campaign everywhere, on every issue, all of the time. That’s why, this time last year, we created and launched CAN: to enable, inspire and support people locally to champion the interests of anyone who cycles or might cycle, regardless of background or ability. 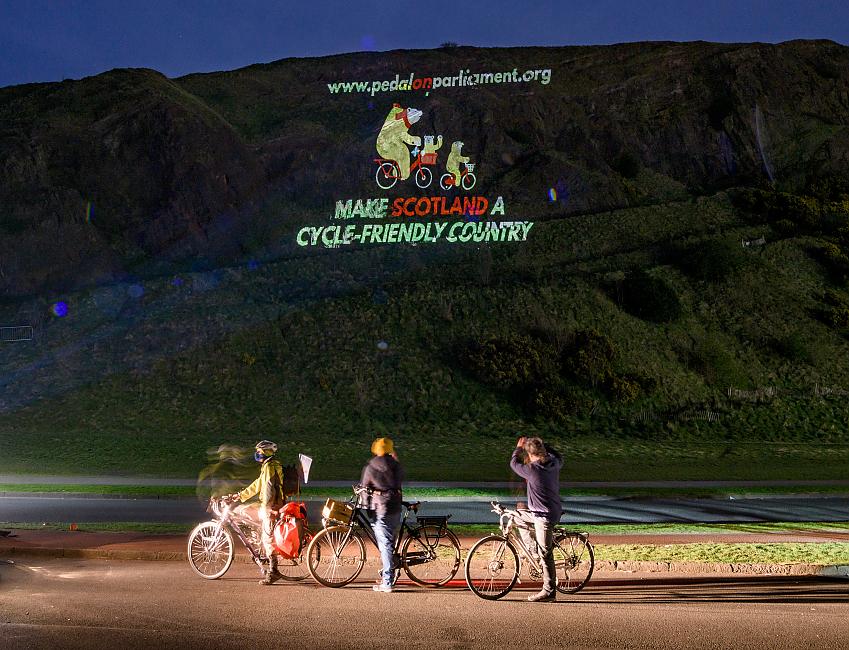 Before we launched CAN, a dwindling number of tireless campaigners were still active Cycling UK Right to Ride (RtR) representatives. Yet despite their sterling efforts, we had a list of individuals rather than a network to bring people together with a shared interest in creating the conditions that enable more people to cycle. The Cycle Advocacy Network is intended to be a broader church, a network that includes those who want to be Cycling UK local representatives, and that also supports and welcomes others who don’t but do want to champion cycling and make life by bike better in their community.

I’ll come back to those champions later, but over the last year we’ve more than doubled the number of local representatives signed up to CAN. They now speak in our name. We’ve also improved the support we provide to them, with access to a volunteering forum, workshops, and drop-in sessions, plus the creation of different roles, and a growing suite of tools and guides for campaigners.

One new local representative, Sonia Kundu, told me how being part of CAN had helped her to set up the Somerset Active Travel Forum, which is this autumn launching its ‘Somerset Greenways Vision’ – a network of routes that are as much for shopping and commuting as for exercise and leisure. As a coalition of local and national organisations representing cyclists, ramblers, disabled ramblers, horse riders, and green infrastructure builders, they created a map of existing and proposed routes to link communities across Somerset. They are collaborating with local authorities across the county to make the vision happen.

“Being part of CAN has helped immensely in this process,” Sonia said. “I was able to bring the discussion about the active travel needs and issues specifically faced by rural communities to a much wider audience through an assembly of countrywide rural based Cycling Advocates arranged via the CAN network, which in turn has helped to shape our newly formed Somerset Active Travel Forum.”

It’s fantastic when people join CAN and bring with them experience or knowledge from their working lives or past involvement in cycle campaigning. But equally, you don’t need to be ‘a campaigner’ to join CAN; everyone is welcome. Six years ago, I attended a campaigners’ conference at which Craig Bennett, then CEO of Greenpeace, said that if we were employing campaigners in our organisations, the most important thing was to employ someone who was prepared ‘to act up’. His point was that while knowledge and experience are really helpful, when you’re trying to influence people and make change happen, enthusiasm, passion, and a willingness to rock the boat are invaluable.

Campaigning CAN be for all

We’ve seen that with many of CAN’s new faces, including Bob Greenwood in Wiltshire, who was instrumental in bringing two new representatives on board. “I’m totally new to the role and have no campaigning experience, but I’m passionate about cycling,” Bob said. “My resolve is to change opinions and priorities in favour of cycling, plus reset standards to the levels that they are in other parts of Europe as far as infrastructure is concerned. I’ll need as much help as possible with this role, both from Cycling UK and others, ideally local campaigners.”

Bob brought others in, but people are unlikely to become involved in a network unless they think that it represents them. I can’t write an article about CAN without acknowledging that cycle campaigning historically has been dominated by men, with women who are championing cycling not always seeing themselves as campaigners. 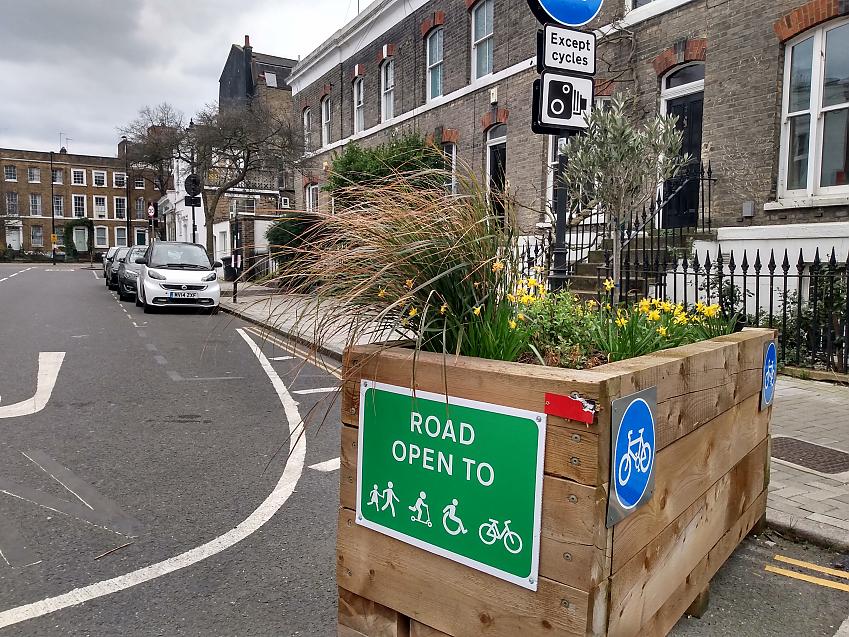 Cycling UK’s engagement officer in Wales, Gwenda Owen, is also one of our local representatives. She is heavily involved in Cardiff Cycle City (CCC) and has been championing various aspects of cycling, loudly and very effectively, for years. Others might describe CCC as a campaign group, but I know from chatting to Gwenda that’s not quite how she sees it. The website describes CCC as “a movement, rather than an organisation, bringing different individuals together in one common vision: to make Cardiff the best cycling city in the UK”.

We’ve tried to capture the essence of this within CAN, because it’s no coincidence that CCC is also a more diverse movement, organisation or campaign group than many. If you’re trying to influence decisions to improve conditions for cycling, you’re trying to change attitudes, preconceived ideas, and a cultural approach to making space available for people cycling, and that can take time. Similarly, broadening the diversity and demographics of CAN will be an ongoing process that won’t be resolved overnight. We’re making progress, however, and it remains one of our key objectives.

I’m new to the role and have no campaigning experience, but I’m passionate about cycling

In year one, we’ve focused on growing the number of CAN local representatives to establish a base for the network. Yet CAN was always intended to be a broader church. So, as we hit our first anniversary, we’re creating a new layer of CAN involvement, open to anyone who just wants to champion cycling.

Our local representatives speak in Cycling UK’s name, so they have to be Cycling UK members, but we want to support anyone who wants to be voice for those who cycle or might cycle. Cycle champions can do as much or as little as they want, or have time to, whenever they want. We’re creating this new layer of CAN to give people an easy way to become involved in the movement, without becoming an accredited representative or lead campaigner, because we need more people to join the movement.

It’s what PoP are doing for COP26: giving people a way to become involved and add their voice. To find out how you can become involved with CAN, and how to become a cycle champion, there’s more information on our CAN web page.

The Cycle Advocacy Network now has hundreds of campaigners View

The Cycle Advocacy Network now has hundreds of campaigners View
Join our 70,000 strong membership and together we can make a better world by bike Join
Cycling UK continues to support the UK to cycle
This remains true during this difficult period with the ongoing threat of coronavirus Covid-19
Read our latest advice on cycling