The Cycle Advocacy Network now has hundreds of campaigners

The Cycle Advocacy Network now has hundreds of campaigners

What’s the standard unit of measurement for progress in the world of local cycle campaigning? How can we tell how far along the journey we’ve come, or how much further we have to go? Campaigns officer Stephen Dominy is grappling with the metrics.

We’ve been stroking our chins and wondering about what progress looks like for the Cycle Advocacy Network (CAN). Is it the number of Local Representatives that join up? Is it the use of our publicly available online toolkit? Is it the quality of conversation and networking that happens on the online forum? We’ve made good progress in these three areas recently, so does that mean we’re doing okay?

We have now passed the milestone of 200 Local Reps on the Cycle Advocacy Network, which is no small achievement. The overall number of reps is important because it increases the volume and quality of connections in our hive mind. In June we welcomed our first three Local Reps from Wiltshire. Two are part of sustainability groups in their respective towns, one has more of a county-wide interest. Bob Greenwood was the first of the three to join, and instrumental in bringing the other two on board.

Bob explained “I’m totally new to the role, have no campaigning experience, but am passionate about cycling. My resolve is to change opinions and priorities in favour of cycling, plus reset standards to the levels that they are in other parts of Europe as far as infrastructure is concerned. I’ll need as much help as possible with this role, both from Cycling UK and other, ideally local campaigners.”

The role of Local Representative is as varied as the individuals that take it on. The aim is that we support and resource people to be effective in reaching their own local campaign goals, so individual reps do not cover a specific ‘patch’ or have a generic task list.

However, there is no need to be a Local Rep to be part of CAN. The Cycle Advocacy Network is a broad umbrella, our resources are available to anyone and everyone that wants to make use of them. We hope to reach a diverse range of campaigners and campaigning groups.

To this end, we’ve just added a new guide How to set up and plan a new campaign to the CAN toolkit. The aim is to help local campaigns to get off the ground. The guide takes the form of a checklist – it takes nothing for granted and has been written to be as flexible as possible. It has been adapted from a document that Jim Densham, our Scotland campaign and policy manager, recently wrote to support the creation of a new path campaign near Inverness. It’s very practical, and like all the guides in the CAN toolkit, it is rooted in years of campaigning experience. 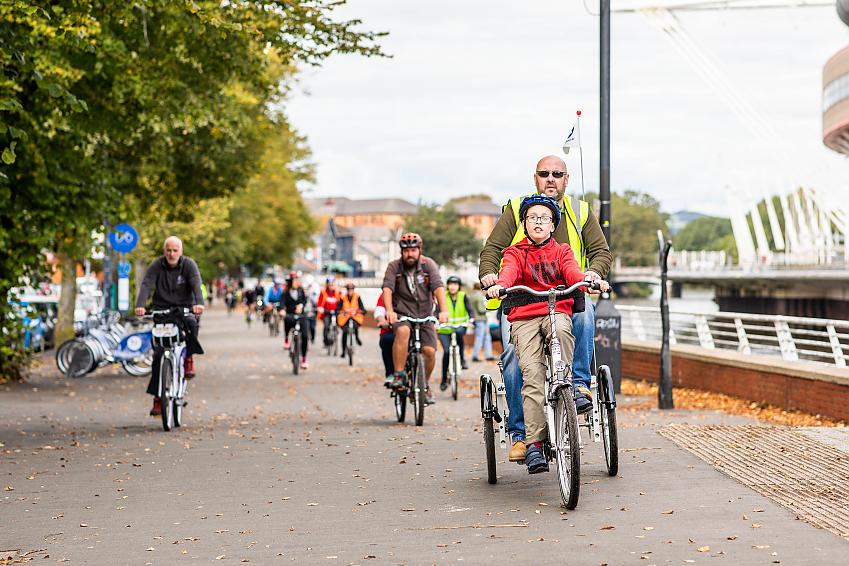 Alongside this new guide we have been increasing the number of virtual gatherings, allowing Local Reps to meet webcam-to-webcam and see the pixels of each other’s eyes. We hope in time to extend participation in such meetings beyond our Local Reps and encompass the wider world of local cycle campaigning.

One of the themes that Local Reps in CAN have been kicking around in recent weeks has been rural travel and transport, with ‘rural’ really covering anything outside of cities or large towns. We noted that council spending on active travel is frequently focussed on projects in larger towns and cities – as local authorities tend to spend their scant resources on the areas with the highest movement of people. We decided to make rural campaigning became the theme of one of our recent virtual gatherings and invited local reps to share their experiences.

Amongst the questions and frustrations a number of good news stories were shared. One such was the recent creation of cycle ways in Oxfordshire, including a new route into Banbury from a nearby village, and also a link between Abingdon and Oxford. Local Rep Robin Tucker shared how he helped developed a community cycling and walking network plan for his town during the coronavirus lockdown. It was hard work and time-consuming and they covered a lot of ground, but it was worth it in the end, as he reports, “Oxfordshire County Council are now using it as the basis for their ‘official’ Local Cycling and Walking Infrastructure Plan, saving precious time and money, and potentially helping one part of Oxfordshire to be ready earlier for central Government funding.”[1]

In the context of rural campaigning, this example shows how we’ve travelled a fair distance already, yet there is a lot further still to go.

All of which leads me to conclude the appropriate unit for cycle campaigning is the Country Mile. And the good news is, there’s only one left until we’re home.

If you speak up for cycling in your community, then why not join us on the journey?

Cycle Advocacy Network - this is not a drill View

How to set up and plan a new campaign View