How to: Maintain morale in your cycling group during lockdown

Being creative is the secret to keeping your cycling group members motivated and in contact until lockdown lifts. This rider is taking part in iSpysolation, a scavenger game dreamt up by South Devon CTC
By Julie Rand
Friday, 29 May 2020

How to: Maintain morale in your cycling group during lockdown

In the absence of group rides, how are our groups keeping in contact with each other? Is it possible to replicate the fun and camaraderie of riding with other people while discovering new things in your local area? And why is this rider pointing at a signpost? South Devon CTC has come up with an innovative way of helping to keep spirits high and cyclists motivated – and riders are taking part from Devon to Scotland!

Can you cycle as a group?

Back in March, we issued advice to our groups and clubs that made it clear that group activities and events were regrettably cancelled for the foreseeable future, and that any such activity may not be covered by our organisers’ liability insurance.

Despite some easing of the restrictions, this remains the case today, although we will be reviewing the situation continuously in the light of any new government advice. Our advice sets out exactly what is and isn’t permitted in each nation.

For groups used to going out on rides together, cycling has become a very different experience during the pandemic. Even though many of us are lucky enough to be enjoying more free time and an incredibly long spell of good weather, you might be missing the camaraderie of the group, as well as the incentive of a led ride to a particular destination to motivate you to take the bike out for a spin.

Necessity is the mother of invention

But all is not lost. There are other ways of keeping boredom at bay and many Cycling UK groups are keeping up morale during the crisis using regular newsletters, WhatsApp groups and Zoom meetings to stay in touch, or by coming up with innovative ways to maintain links with existing riders. With many of our volunteers now registered on Assemble, our volunteering platform, it’s easy to stay in contact.

Some groups have also been trialling their own brilliant, new approaches to group activity that has helped members stay in contact with each other. These inventive ideas have allowed groups to continue to support and encourage each other throughout this unsettling period and beyond, potentially engaging with some of those new or returning cyclists out there, too.

South Devon CTC has come up with a local scavenger quest called iSpysolation – as the name implies, a sort of i-spy on bikes.

Secretary of the group Graham Brodie comments: “Many members of South Devon CTC have continued riding their bikes locally during the lockdown and isolation period. They had been keeping in touch with social media apps like Facebook and WhatsApp, and like many clubs, have been having regular Zoom online meet-ups.

“However, after a while, some riders said they were finding it harder to stay motivated to ride in the great outdoors, so a plan was hatched to encourage people to get out on their bikes, while not being on organised gatherings or passing through villages and sensitive areas.”

What started as a local activity with around 20 Cycling UK members taking part, has quickly spread to other areas, with people who are not regular club riders joining in. Members of the local sailing club in Topsham have taken part, then others from as far afield as South Wales, the Lake District and Scotland have also joined in as a result of seeing what the club was doing on Facebook.

The beauty of iSpysolation is that the clues are infinitely adaptable to local circumstances. It’s also a great, fun way to introduce children to the joys of cycle touring, albeit at a very local level.

Graham continues: “The results are done on a trust basis, but clues are often accompanied by photographs, and what is becoming clear is that many people are discovering a lot of things that they had never really noticed in their locality before, and of course rides are now allowed to be a little less local (in England at least).

“It’s also been emphasised that people still need to be self-sufficient, and not reliant on establishments to stop for refreshments and so on.” 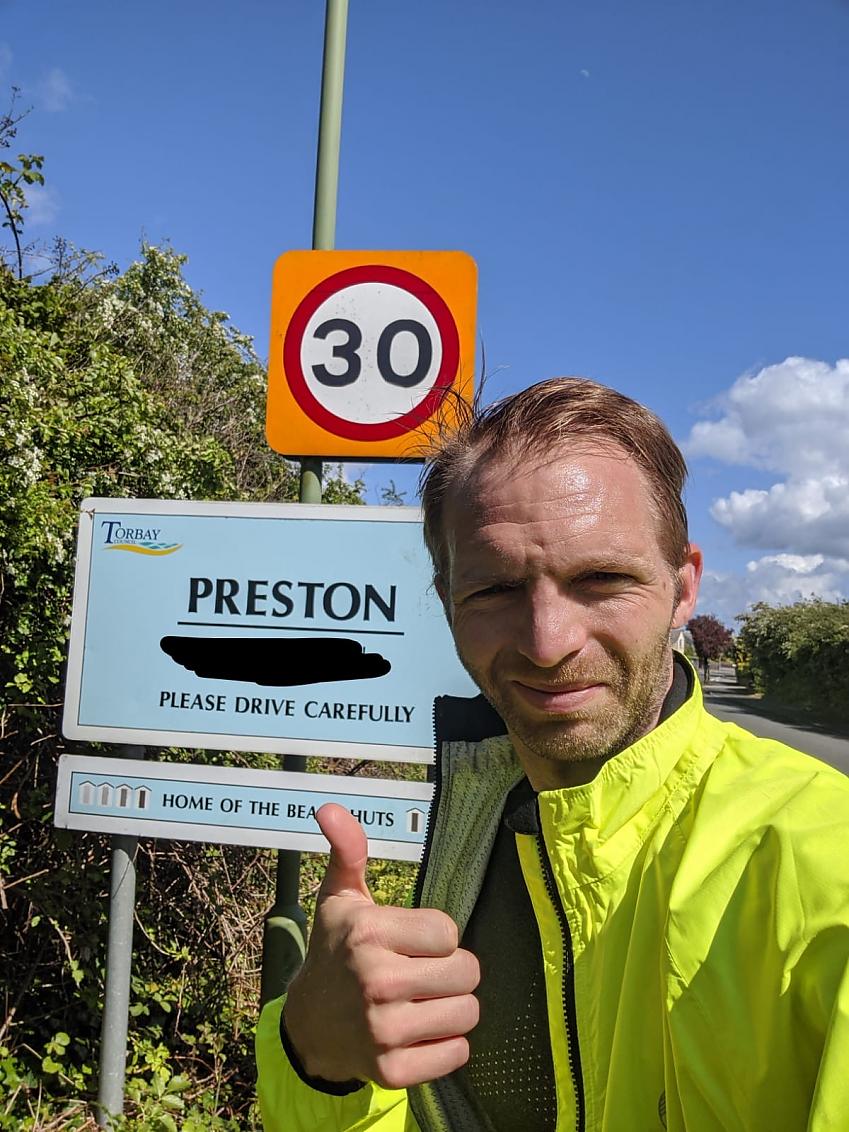 He adds: “iSpysolation has been great success, and has shown how in adverse times, good ideas and good things can still happen, and with the superb weather in the south-west in recent weeks, the members have remained happy and healthy. It’s also been fantastic to see people joining in from other areas too.”

If there isn’t an iSpysolation in your area, you can come up with your own set of clues for your group.

Take up the Quest

Cycling UK also has its own national version of the cycling treasure hunt called the British Cycle Quest. Lockdown restrictions might mean you can’t travel far enough to find the answers to questions that lead you to specific locations, and keep in mind that we are currently unable to process orders for certificates and medals due to furlough.

However, you can stick to any local destination and start planning your routes for when you can travel further. There are more than 400 clues covering most of Britain!

With Bike Week taking place from 6 to 14 June 2020, there are going to be lots of other activities your group members could take part in, either as solo or as pairs depending on national guidance, or you could create a virtual team to maintain the social links within your groups.

How has your group coped during lockdown?

We’d love to get the lowdown on lockdown from you if you’ve been keeping your cycling group active through the pandemic, whether it's through Zoom quizzes, treasure hunts or virtual club rooms.

We’re also looking for stories about people who have Gone the Extra Mile to help out others in their local cycling groups as part of our Lockdown Love theme during Volunteers Week or in the wider community so we can give them some recognition during the week, which runs from Monday 1 to Sunday 7 June 2020. 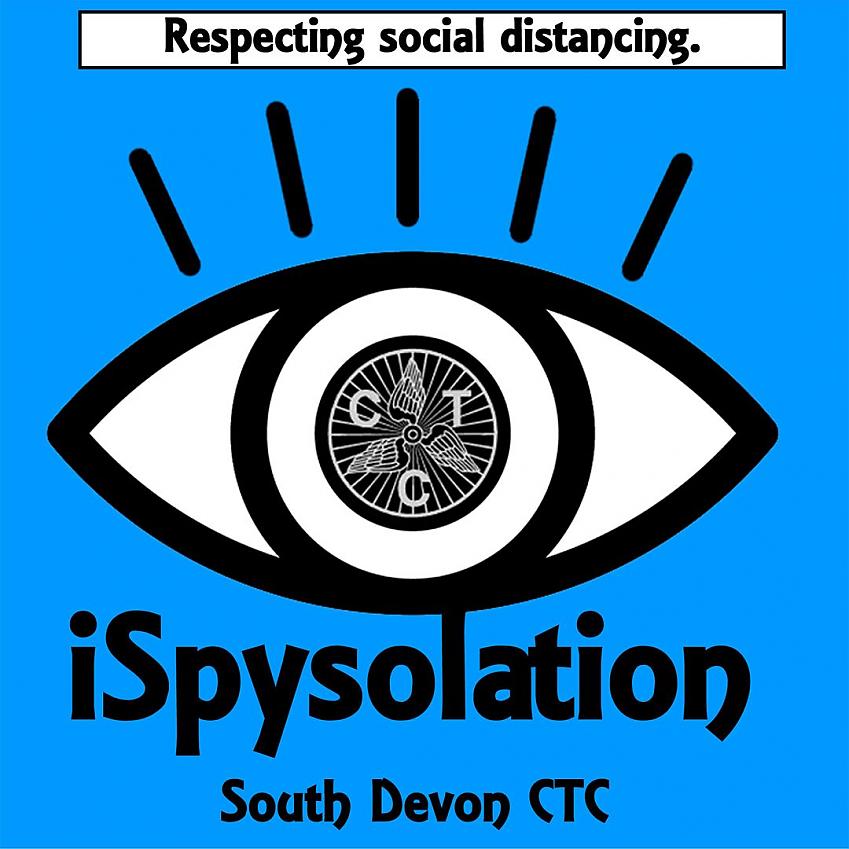 Graham Brodie explains the rules of the game:

Rather than heading for specific destinations, the clues are of the type that may be found at various locations. It started with 15 different clues being issued per week, with the option to get a maximum of three clues per day, so five rides in seven days required in total.

Clues are suggested by different members each week, and then the results are sent to South Devon CTC member and Cycle magazine medical expert Dr Kate Hattersley, who, when she’s not busy giving advice on Covid19 and cycling, has been collating the results.

Clues can be very simple or more difficult to accomplish, for example:

The first clue of the day scores one point, the second two points and the third three points, up to a maximum of six points per day. At the moment, we have a master clues list and each week it’s added to, and each week we allocate one club member to provide the 15 clues. We do this at our weekly virtual pub Zoom meeting. 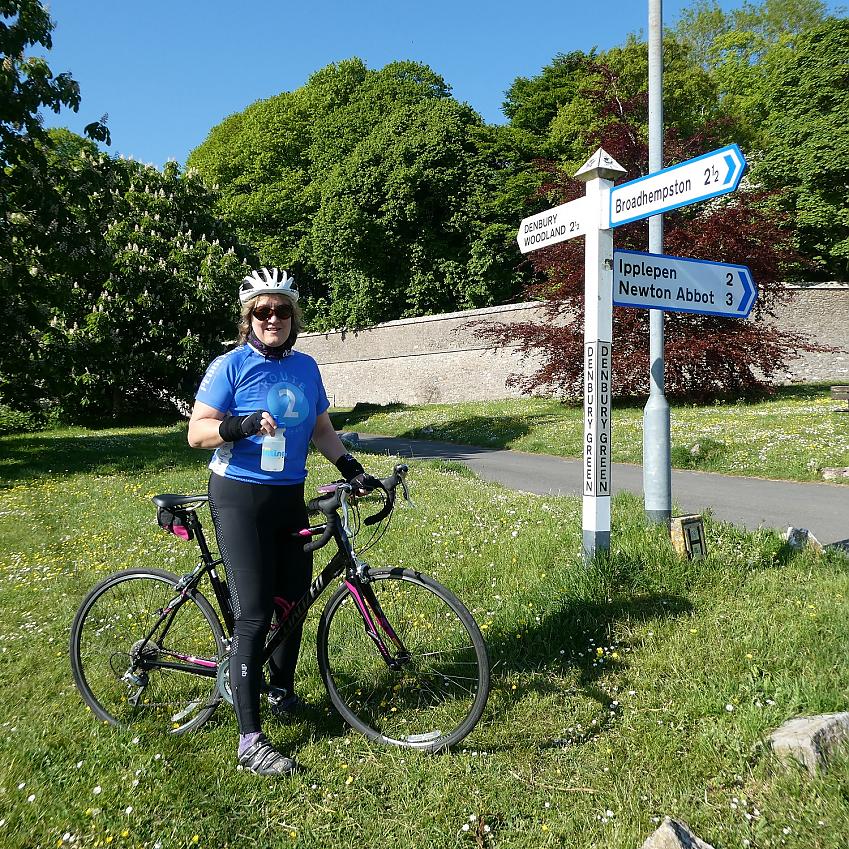 How to take part

The full rules and instructions for iSpysolation can be downloaded here.

If you’d like to take part, either go to South Devon CTC’s Facebook page for the latest clues or email Dr Kate Hattersley.

Has lockdown changed these pedalling partnerships for the better or worse? View

Velocheer: Issue 10 of Cycling UK's newsletter for all our volunteers View