Around 400 people attended a memorial service held on Sunday 5 September at Meriden Green – the site of the National Cyclists’ Memorial. The service marked 100 years since the first memorial was held to remember all cyclists killed in conflict

Centenary anniversary of the memorial service

In 1921 thousands of cyclists gathered on the green in the West Midlands village of Meriden - traditionally regarded as the centre of England – as a Cyclists’ Memorial was unveiled to pay tribute to cyclists who had lost their lives in World War I.

Held almost every year since 1921 (it is thought the service did not take place a few times during World War II and a virtual service was held in 2020) Sunday 5 September marked 100 years since that first memorial service. Cyclists from across the country gathered to honour the memories of all cyclists killed in the Great War and in all subsequent conflicts.

More about the history of the Cyclists Memorial. 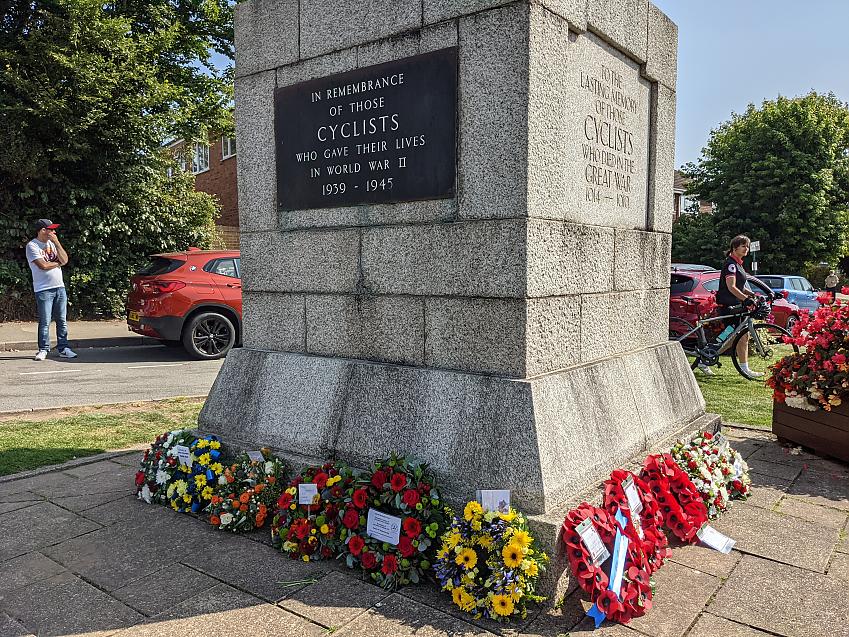 Wreaths laid around the Cyclist War Memorial on Meriden Green

From Dorset to Birmingham

Cyclists from all over the country gather on Meriden Green, a familiar face is John Sullivan. He's 86, an ex-serviceman and a member of Dorset cyclists network, and he has attended every Meriden service since 1955.

“The first time I came was when I was 20 years old,” said John “and I’ve been back for 66 years without missing a single one.”

Still travelling some of the way by bike John, who is based in Dorset recalls his earlier trips to Meriden: “The first fourteen years I cycled the whole way, 150 miles. I used to set off reasonably early on Saturday morning.” 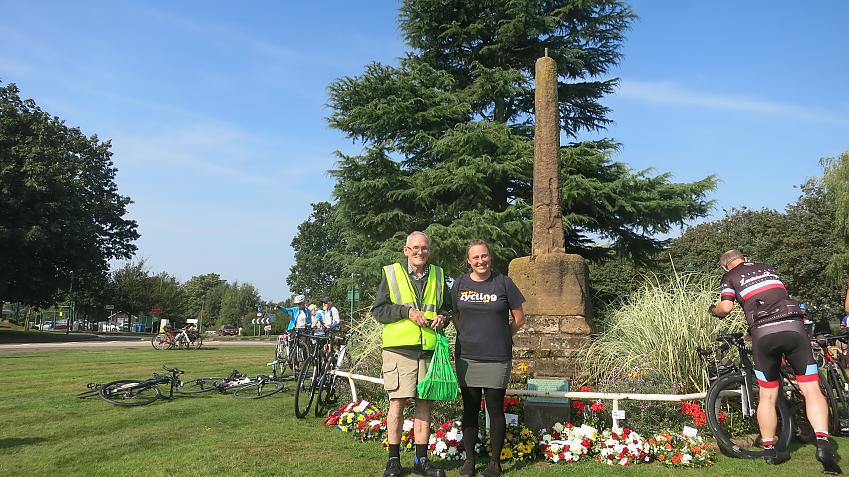 Opening the service Gus Hales spoke about how his grandfather used to visit Meriden Green before leaving to fight in WW1 then his father in WW2 until it became his turn. He then read 'A Letter Home' written by his father to his family while he was away.

The service was led by the Rev Antony Feltham-White OBE a chaplain in the British Army since 2005. In addition to leading hymns and prayers to remember all those who have lost their lives in combat he also spoke about the huge benefits cycling has had for former and current service men and women. An activity that helps clear the mind and form bonds with other riders.

During his time as a Chaplain in the army Antony spent two years serving in Iraq and Afganistan. "It is really important that we remember those who gave their lives so that we have the opportunity to live in peace and freedom and all the things that we enjoy," said Rev Antony.

"I've been a cyclist since before I can remember and enjoyed at times competitive cycling in various disciplines and now it just helps me keep fit. We have an army's chaplain cycling club as well, because we recognise the benefits to our wellbeing of cycling. So, cycling is something I'm passionate about." 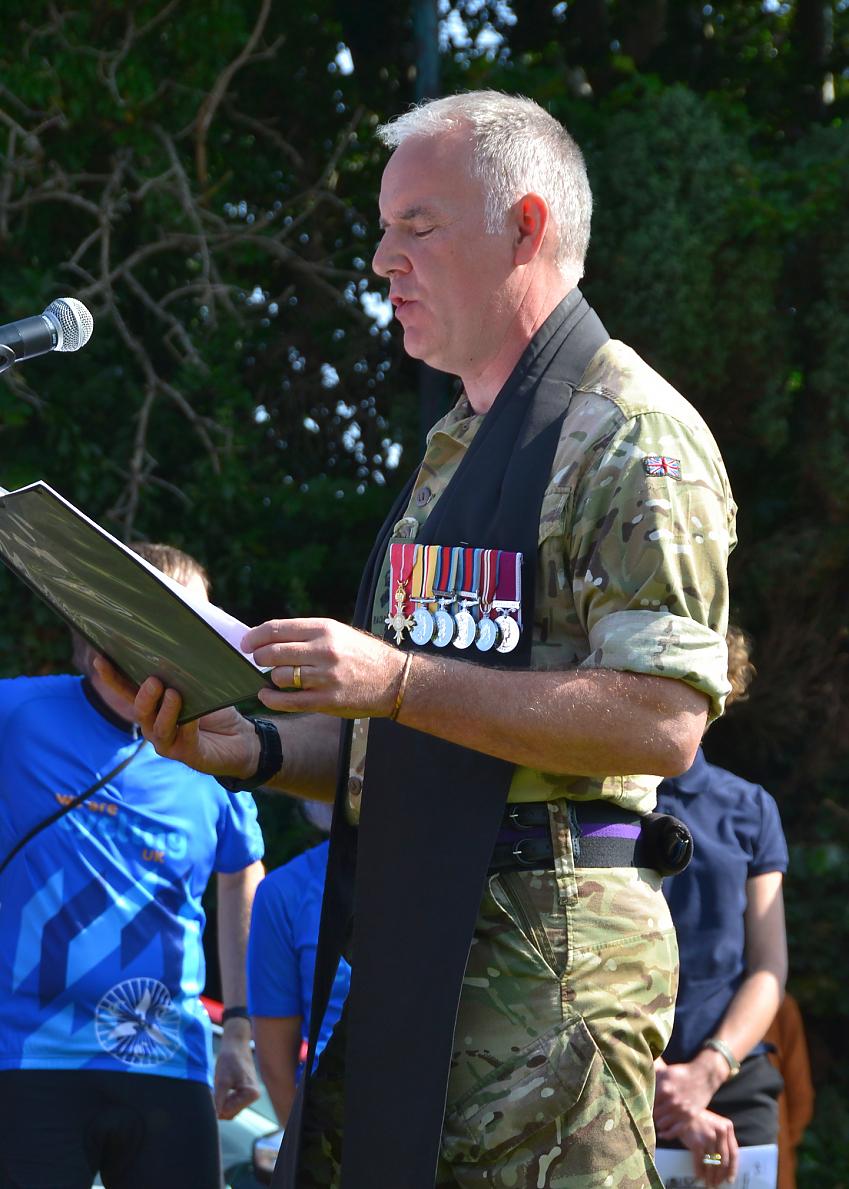 The continued success of the Meriden Cyclists' Memorial Service is thanks to the hard work of many individuals who all come together to organise the service, liaise with councils, coordinate with the army cycling union, the Women's Institute (who provided refreshments), Veterans Cycles and the Bulkington Silver Band.

Coordinating everything however is Dave Hearn. A member of CTC Coventry (the group are also celebrating their centenary this year) for over 40 years, Dave took over as organiser of the Meriden Service six years ago.

"People come to the service to remember. And also it's a good place to come and see people you haven't seen for 12 months and chat before and afterwards. So it's a bit of a social as well. It means a lot. It's a privilege to organise the service, it's an honour."

It's a privilege to organise the service, it's an honour

"My wife Margaret has been a huge support and the rest of our club," said Dave. "I mean cyclists are great anyway but our club are just fab."

To thank Dave for the hours of unseen toil, hours of phone calls, emails and organisation that goes on behind the scenes to make the event what it is, Cycling UK chief executive, Sarah Mitchell presented him with an award. 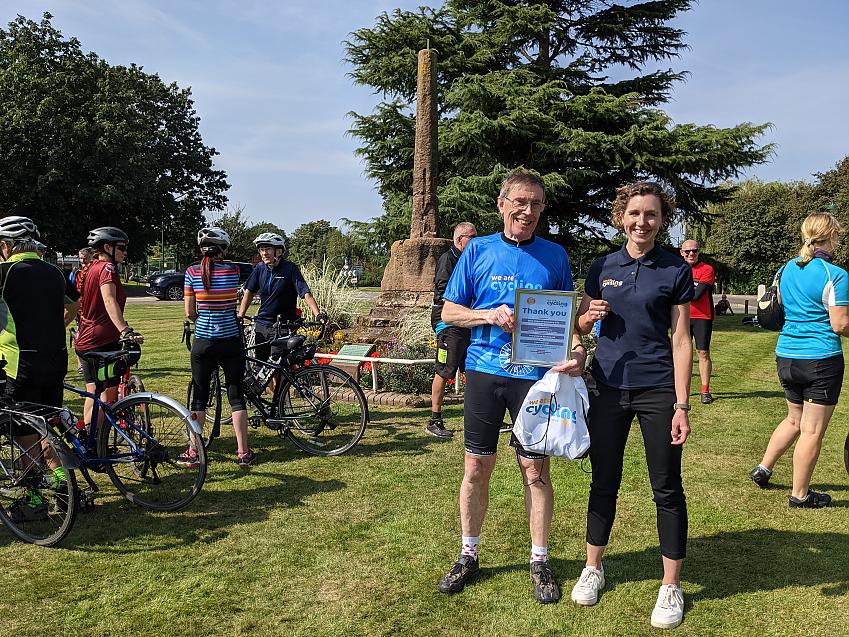 Looking back on cycles past

David Parr from the Veteran Cycle Club brought along some fantastic cycles from the past for attendees to view. In addition to an interest in old cycles David has a particular connection to the memorial service as his Great-Uncle, Private John Parr was the first allied soldier to die fighting in First World War. He was a reconnaissance cyclist who was killed during the Battle of Mons around 21 August 1914.

Bike on display were: 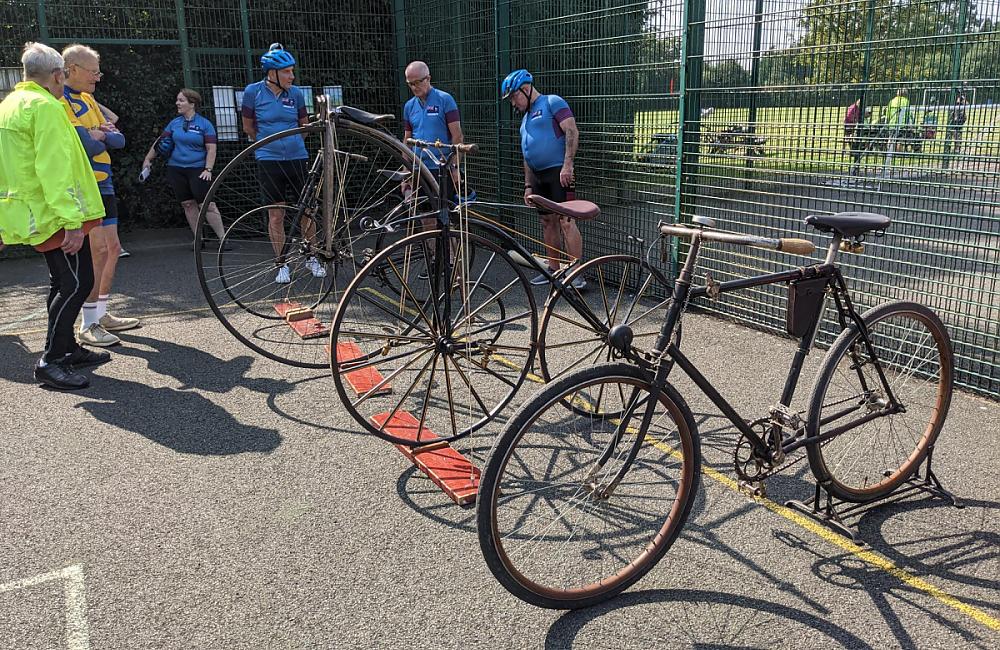 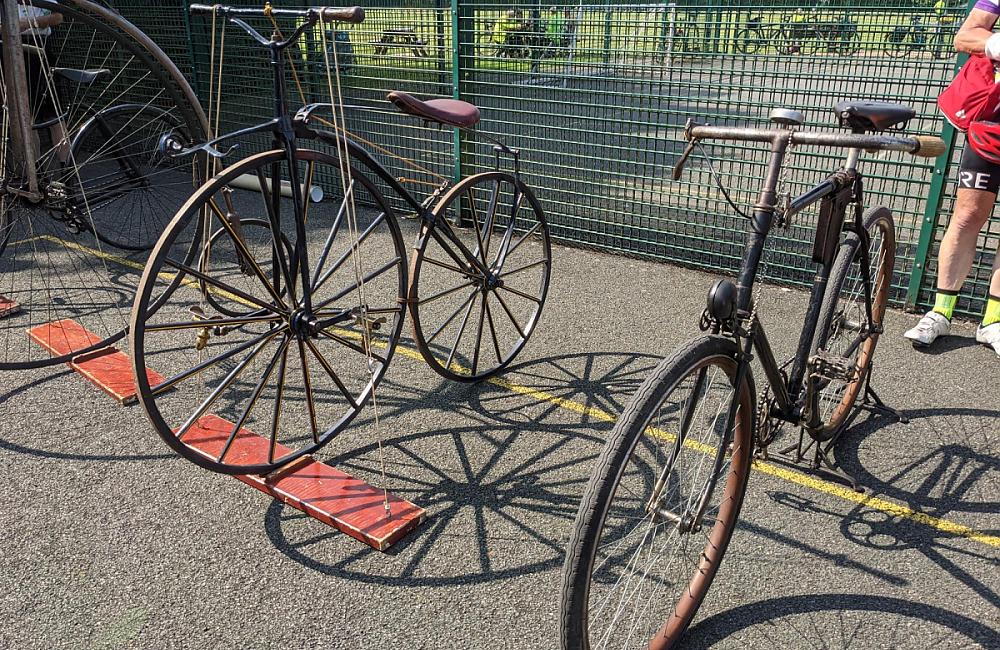 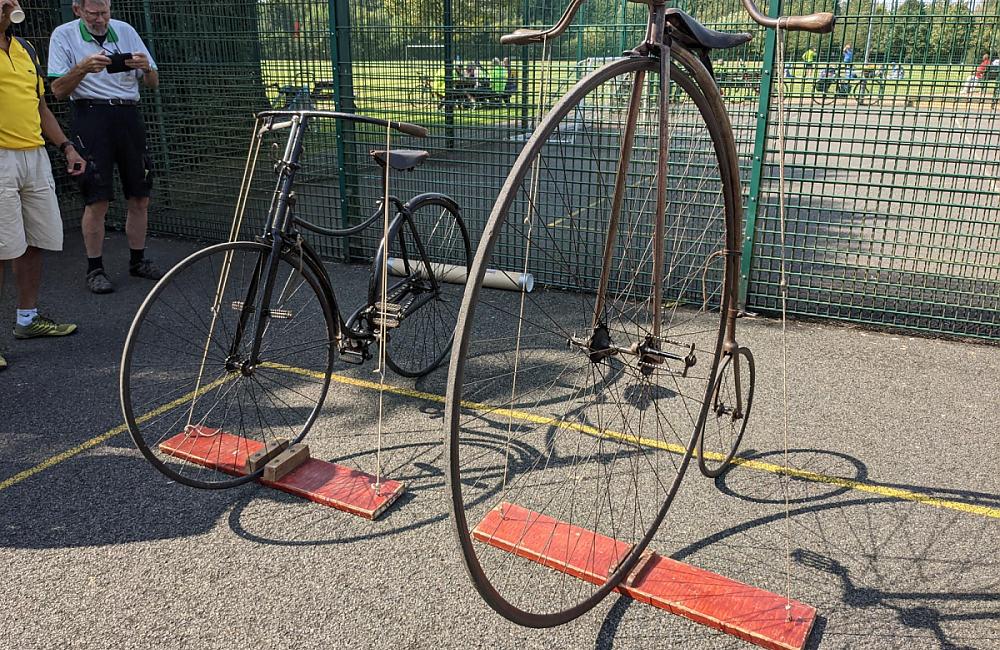 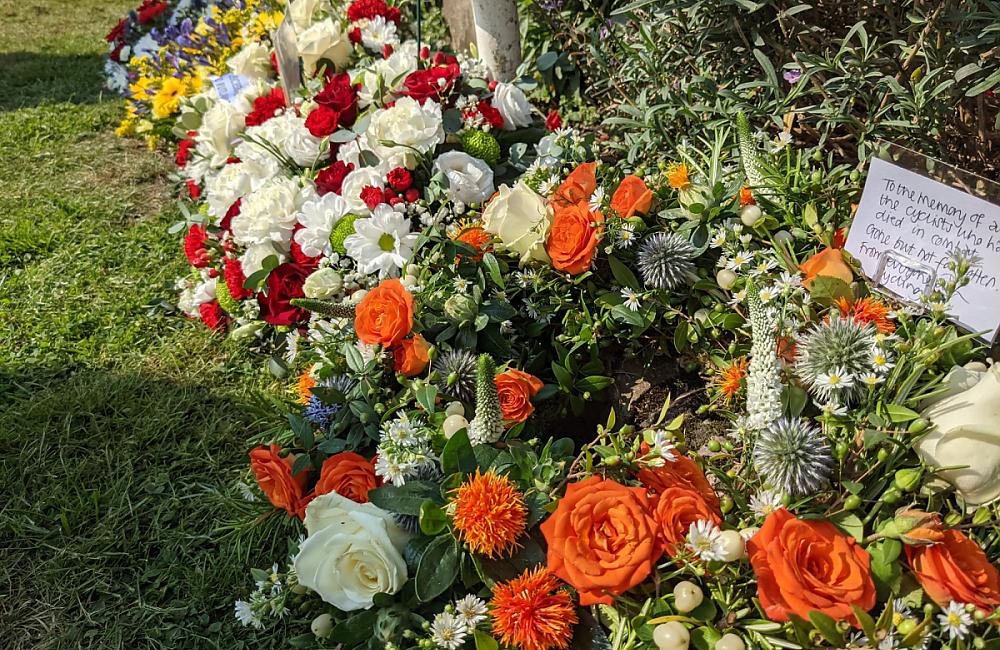 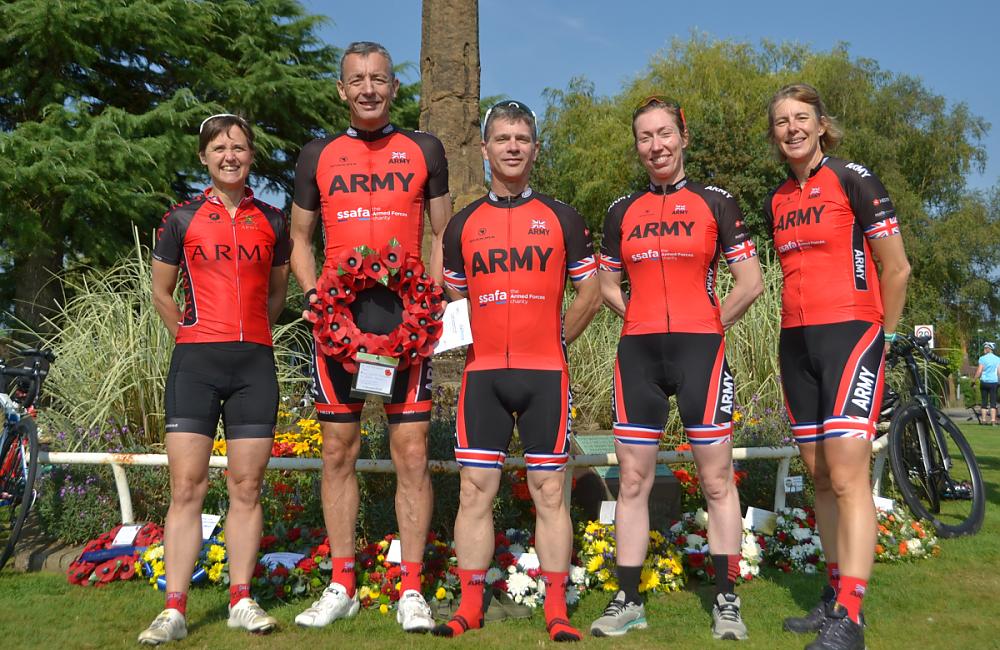 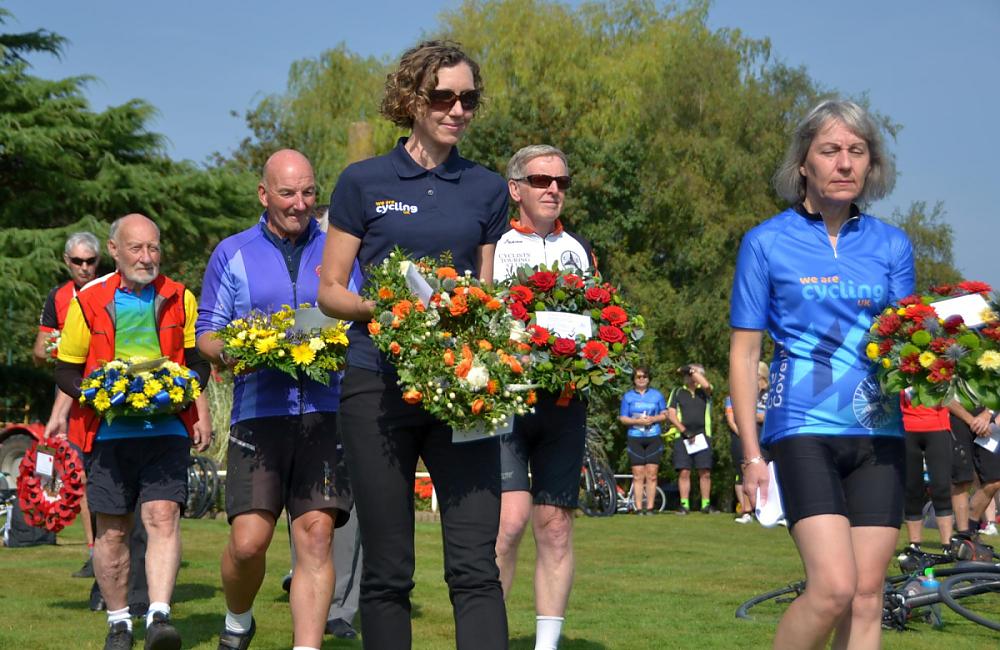 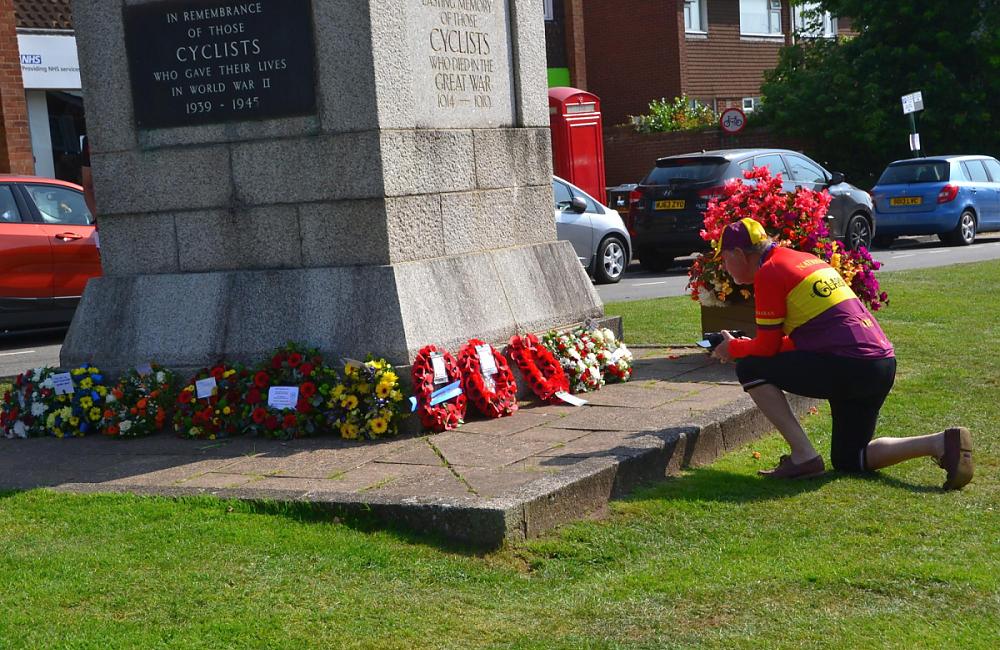 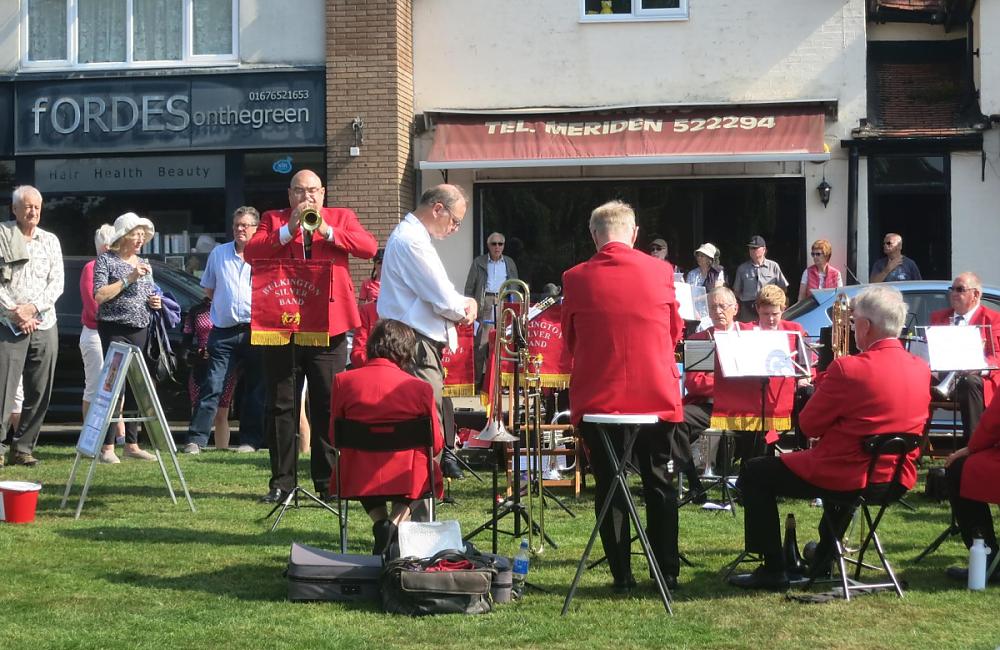 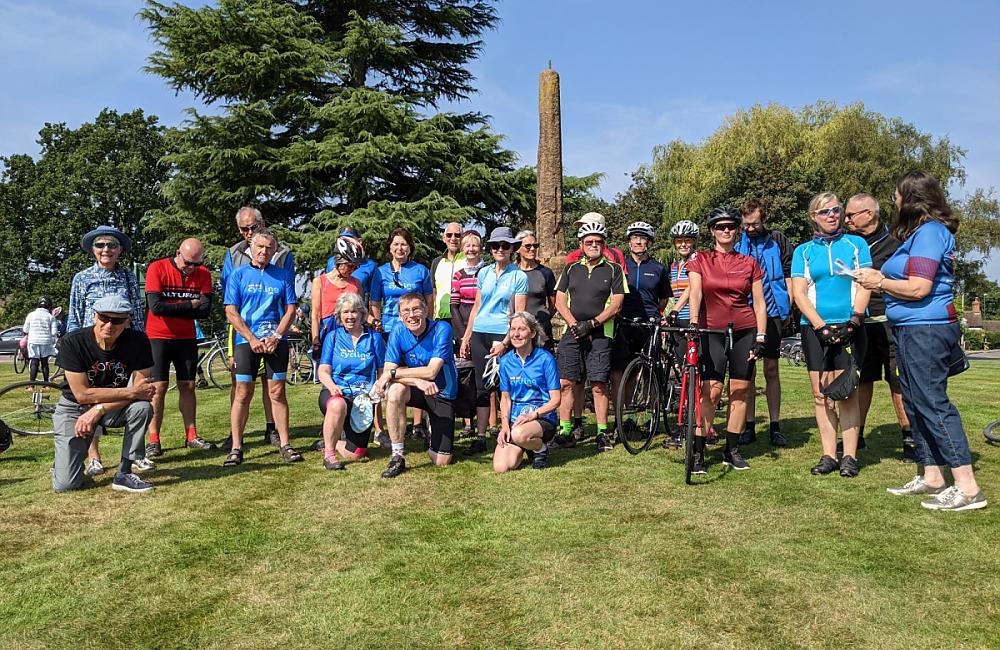 Thank you to all cycling groups and individuals who attended the service. Cycle groups in attendance were:

If your cycling group was missed off this list, please get in touch christina.bengston@cyclinguk.org.