If you have ever listened to Frank Kelly (aka Father Ted’s Father Jack) recounting what life would be like if their true love truly “gave to me” everything in the famous song, you’ll probably appreciate the sentiment of the song rather than the actual act.

A far better gift would be Cycling UK’s 12 Days of Cycling. Perhaps most importantly at this difficult time we’re all facing, these rides are something you could equally do to find some quiet time for yourself or with your family or a friend (if local regulations permit – if you’re unsure who you can ride with, double check with our coronavirus advice).

On the first day of Christmas, Cycling UK suggested to me…a Santa ride 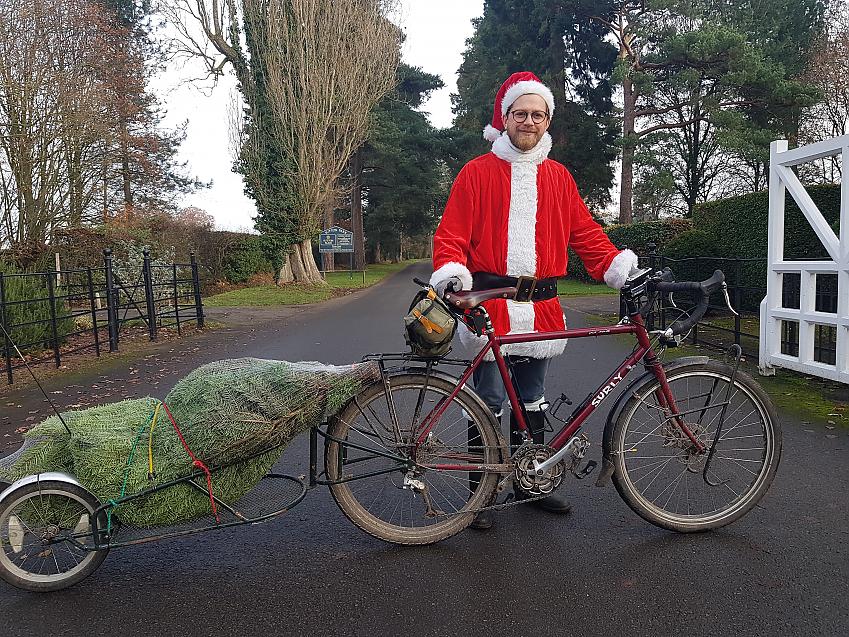 There's no obligation to take a tree on your Santa ride. Photo Hannah Duncan

Spread a little joy, don the white beard and jolly Saint Nick outfit and head out for a ride. Cycling Santas are scientifically proven to bring a smile not just to your face but also everyone else’s face – unless their name is Ebeneezer Scrooge. 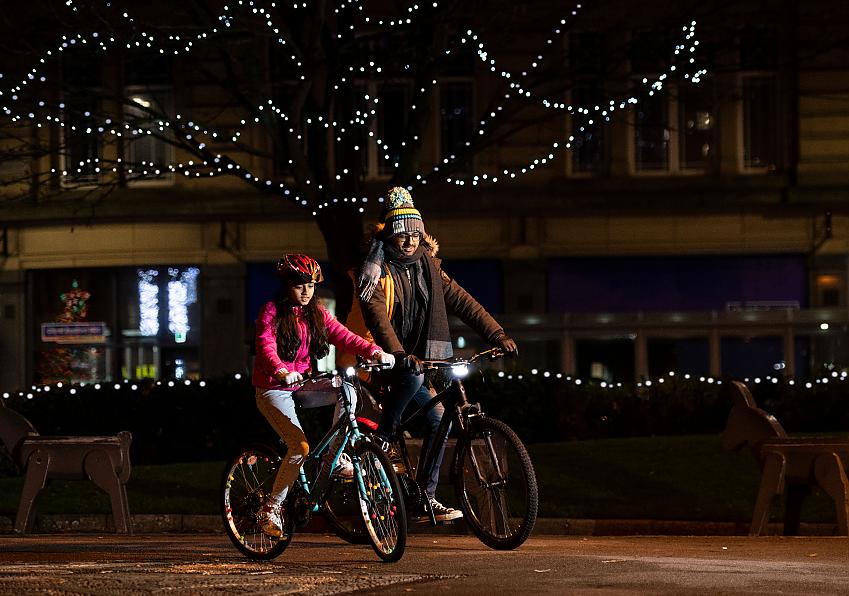 Work off that Christmas feast with a spin around your local area with those in your household. If you’re the sole rider in your household and fancy some company, then make sure to check out the latest guidance for riding during the pandemic.

On the third day of Christmas, Cycling UK suggested to me…find a route with a Christmas theme

Is there a Holly Avenue nearby? A Rudolph Road? Why not make it your mission to see if you can find some Christmas-themed road signs, and then share them with Cycling UK on Instagram using #wheelinginwinter

On the fourth day of Christmas, Cycling UK suggested to me…do your shopping by bike

With a set of panniers or even a rucksack, it’s surprising how much you can fit on your bike if you’ve never tried it before. We’ve plenty of tips on how to combine your favourite two-wheeled activity with the weekly shop.

On the fifth day of Christmas, Cycling UK suggested to me…to find the most interesting decorations

We’ve all seen them – the displays that make you go “wow” and know that celebrating the season is a big deal in their household. Why not catch that final glimpse of this sight by bike before its taken down until next year…

On the sixth day of Christmas, Cycling UK suggested to me…have a go at some Strava art 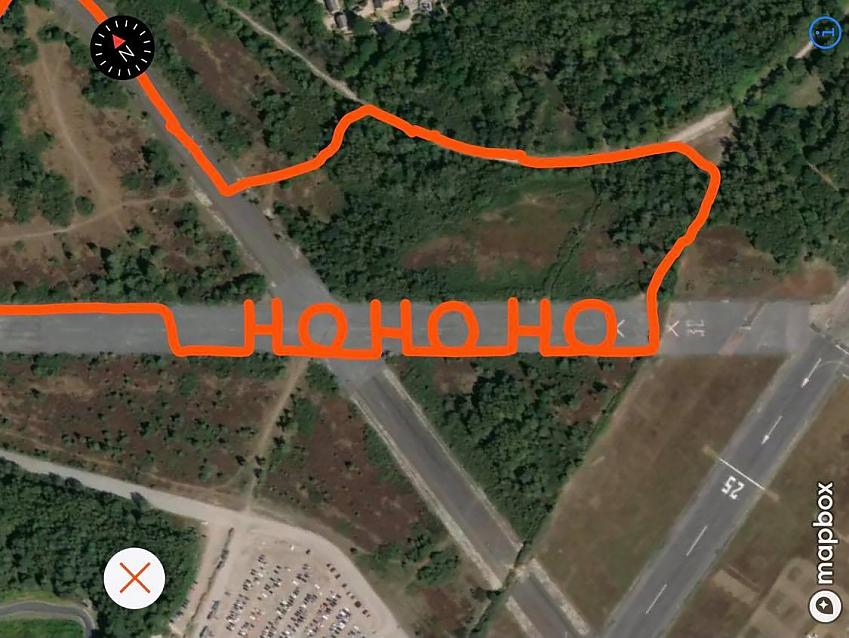 Don’t let the impressive Santa Claus created around Birmingham two years ago put you off and make you think Strava art is not for you! Now’s the season to be jolly, so why not use some of the spare time you might have on your hands, and create your own bit of Strava art and then share it with us in our Cycling UK Strava club?

On the seventh day of Christmas, Cycling UK suggested to me… finish a festive riding challenge

It’s New Year’s Eve, and if at the beginning of the week you signed up for a festive challenge like the Rapha Festive 500, or Advntr.cc’s alternative off-road version and still have some clicks to go…then well, no time like the present, eh?

On the eighth day of Christmas, Cycling UK suggested to me…head out for a night ride 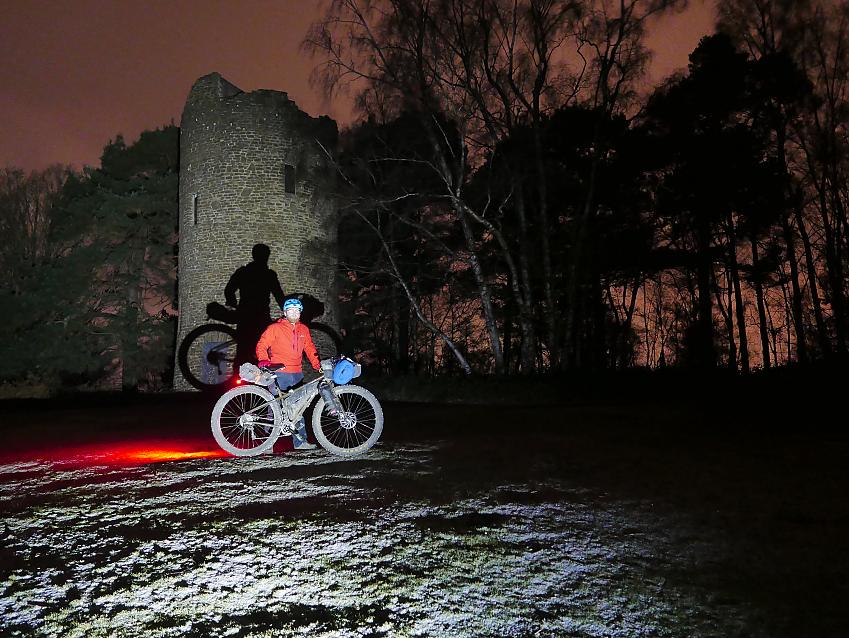 Cyclist stands in front of a folly at night. Photo Sam Jones

Maybe you overindulged in the festivities that bid farewell to the rubbish year that was 2020, so woke up a little late…or maybe you’re turning over a new leaf and want to give something different a go in 2021. If you’ve not tried night riding then now’s the time – and if you’re already a committed rider of the dark, what’s stopping you?

On the ninth day of Christmas, Cycling UK suggested to me…to try our #12nightsoutin1year challenge

You’ve braved one night ride out, why not take it up a level and take part in Cycling UK’s 12 nights out in 1 year challenge, which will be continuing for 2021? Head out to the hills or woods and spend a night beneath the stars, document your trip with some photos, and you could be in with a chance of winning some great bikepacking prizes.

On the tenth day of Christmas, Cycling UK suggested to me…to give the British Cycle Quest a go

Heading back from your night out, why not use the opportunity to take part in the British Cycle Quest and clock up some clues in your patch? Not only will the quest take you to parts of your local area you might not be aware of, you might find you’ve a new excuse to go exploring round the British Isles…

On the eleventh day of Christmas, Cycling UK suggested to me…try a different sort of riding 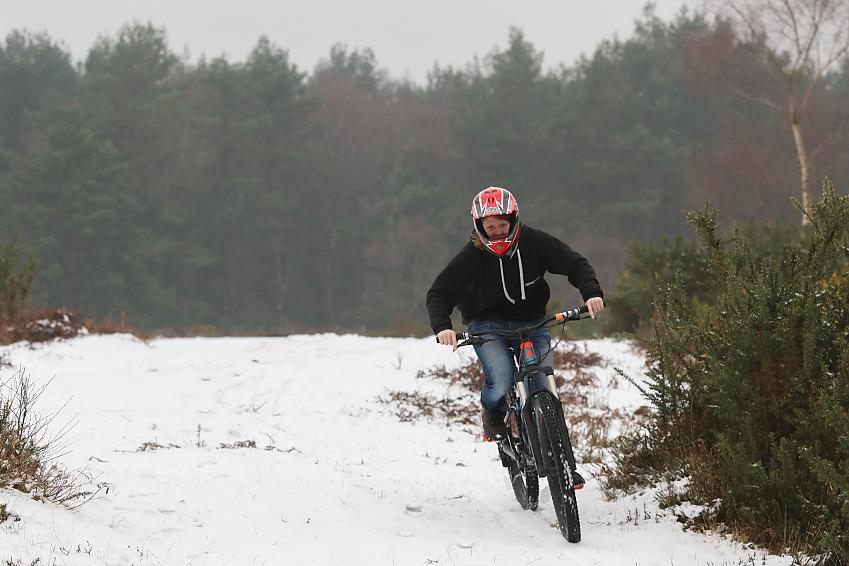 This festive period, why don't you try a different sort of riding to your normal preference?

Maybe you’re a committed roadie who’s afraid of mud, or a downhill specialist who scoffs at those who prefer tarmac to dirt. Now’s the time to put aside your prejudices and see how they other half live…and if you’re someone who enjoys cycling in all its beauteous forms, why not try the type of riding you do the least?

And if you’re looking for tips, then no matter what your passion or interest is, we’ve got you covered with our cycling advice page.

On the twelfth day of Christmas, Cycling UK suggested to me…just go for a normal bike ride

It’s been a long old Christmas after a long drawn-out year…there’s no further need to gild the lily of one of mankind’s greatest inventions – why not just head out and enjoy a ride however you like?

24 December: Twas the night before Christmas View
Cycling UK continues to support the UK to cycle
This remains true during this difficult period with the ongoing threat of coronavirus Covid-19
Read our latest advice on cycling
Join Cycling UK to help us change lives and communities through cycling
Membership gives you peace of mind insurance, discounts in cycle shops, rides & routes
Join now