Inspiring cyclists: 40-year-old mum learns to ride, then teaches others

Inspiring cyclists: 40-year-old mum learns to ride, then teaches others

A Play Together on Pedals instructor, who learned to cycle later in life, says getting on a bike helped her feel more in touch with nature and her religion

Madhavi Latha Apparala signed up for a beginner cycling course in 2012, and just two years later she started teaching others how to ride.

The 47-year-old grew up in Telangana in South India and moved to Scotland in 2006 with her family. 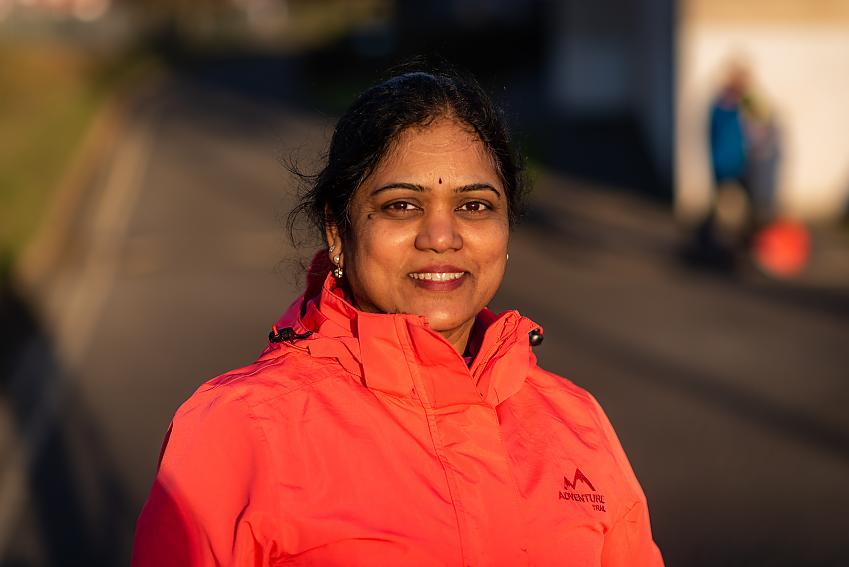 She now lives in Edinburgh with her husband and three children. She teaches three- to five-year-olds how to ride a bike through Play Together on Pedals, a project run by Cycling UK, Cycling Scotland and Play Scotland.

Madhavi hasn’t always been a whiz on a bike; a nasty fall when she was 11 put her off cycling until adulthood. She said: “At home in India, the bike shop near me only had men’s bikes for hire and they were too high for me.

“When I was turning a corner, I fell off the bike, broke my shoulder bone and was unconscious. I couldn’t move my shoulder for a month.”

Madhavi explained that, at the time, there was a lack of cycling opportunities in her local area. “There wasn’t really anyone to teach us how to cycle. Parents would hold the bike while the child was on it and just let go.” 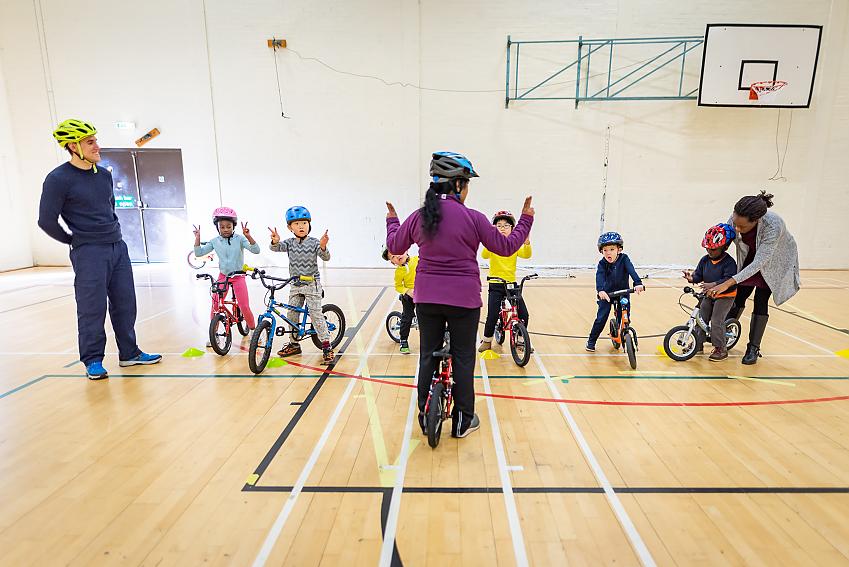 Decades later, she spontaneously decided to take up a cycling beginner’s course for women that she saw advertised at a stall in Edinburgh.

Cycling is a big part of my life now. Going out on walks and cycles makes me feel refreshed and cleansed

She was enrolled in six sessions, learned how to pedal properly for the first time and fell in love with cycling – having missed exploring the great outdoors in India. Madhavi said: “Cycling is a big part of my life now. Going out on walks and cycles makes me feel refreshed and cleansed.”

Since then, she has thrown herself headfirst into giving back to her community. She has been involved in local cycling and walking projects – including setting up a cycling club for the Telugu Association of Scotland (TAS), where she is a committee member. 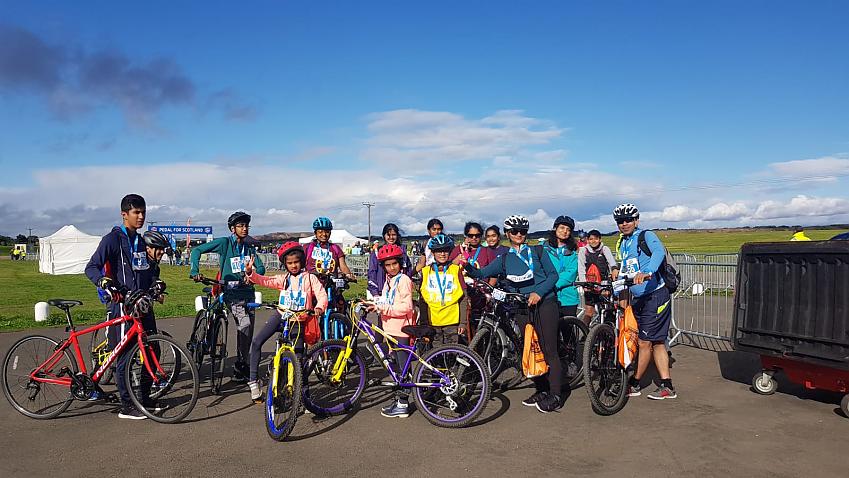 She has also helped people get involved in cycling by organising Big Bike Revival events with the club. The Big Bike Revival, a Cycling UK programme that aims to get thousands of people back on their bikes, has provided support and funding to several events organised by Madhavi – including bike maintenance sessions and led rides. She said that these events made attendees “more interested in going outdoors”.

Last year, she became a Play Together on Pedals instructor, and finds the work thoroughly rewarding. “I used to train men, women and children – but not kids under seven,” she says. “I think that was why I was intrigued by Play Together on Pedals, because I didn’t know how to teach kids that young. I thought it would be helpful for my community.” 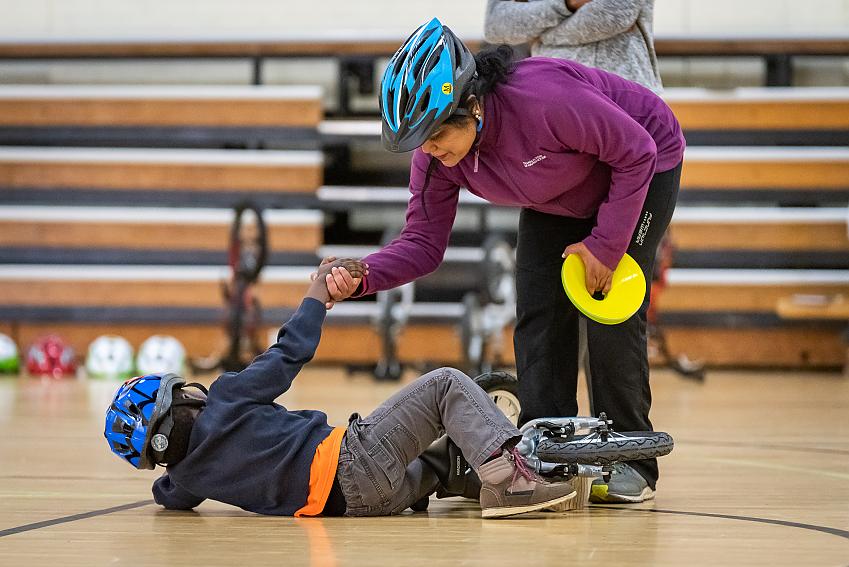 Teaching young children how to cycle can encourage a whole family to get on their bikes. Madhavi said: “If the kids learn at an early stage, the skills are lifelong. When children get that training, families can go out cycling together.”

Sharing the gift of cycling with others is especially meaningful to Madhavi because it allows her to re-connect with nature. “I’m Hindu, so nature is a goddess for us.

“That’s how I feel connected to everything; I don’t feel lonely.” 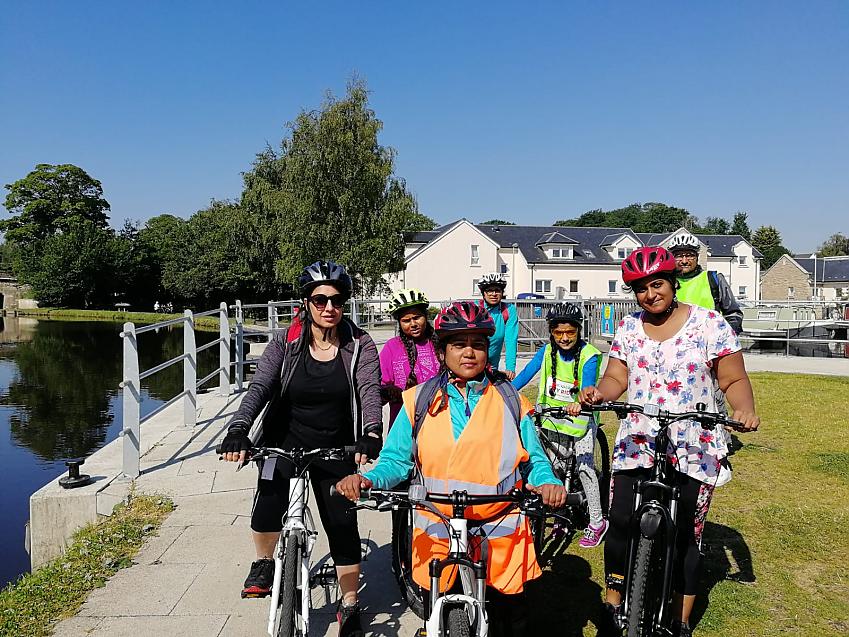 Play Together on Pedals aims to get the whole family cycling. This all starts with helping three- to five-year-olds get pedalling.

The project provides free early years ‘learn-to-ride’ sessions around Glasgow and Edinburgh. The skilled instructors can help young children with all manner of cycling issues. All sessions are free to attend, and all equipment is provided. Some sessions require a time slot.

Video: How to teach an adult to ride a bike View