Cycling UK has written to the Transport Minister Michael Matheson urging him to fund key ten projects aimed at transforming cycling and walking across Scotland.

Last month, the minister admitted to MSPs in Holyrood* that the Government’s target of 10% of everyday journeys being made by bike by 2020 will be missed.

The charity argues that by funding the ten Places for Everyone (Community Links PLUS) bids, the minister should at least show renewed commitment to cycling and active travel while addressing the challenges of climate change, inequality and improving health and wellbeing of people across Scotland.

A recent YouGov poll by Cycling UK revealed that 83% of women in Scotland never cycle  or cycle less than once a month.

The same survey found that 31% of women in Scotland who never cycle or cycle less than once a month would ride a bike, or ride more often if there was better infrastructure for cycling.

Jim Densham, Campaigns and Policy Manager in Scotland, said: “Financing all the viable projects will inevitably stretch Transport Scotland’s limited budget, and extra funding will be needed from Government.

“But we believe this is an appropriate response to the climate emergency and is needed to show that Government is taking urgent action in a sector that is falling behind others.”

Mr Densham added: “The impacts of climate change threaten every aspect of our lives, including making the conditions for cycling and active travel more challenging.

“However, more people travelling by bike rather than by car is one of the solutions to climate change, one which the majority of people in Scotland can be part of and benefit from in their daily lives.”

Figures from the Department for Transport show that every pound spent on cycling schemes provides £5.50 worth of social benefits.**

Full transcript of the letter below: 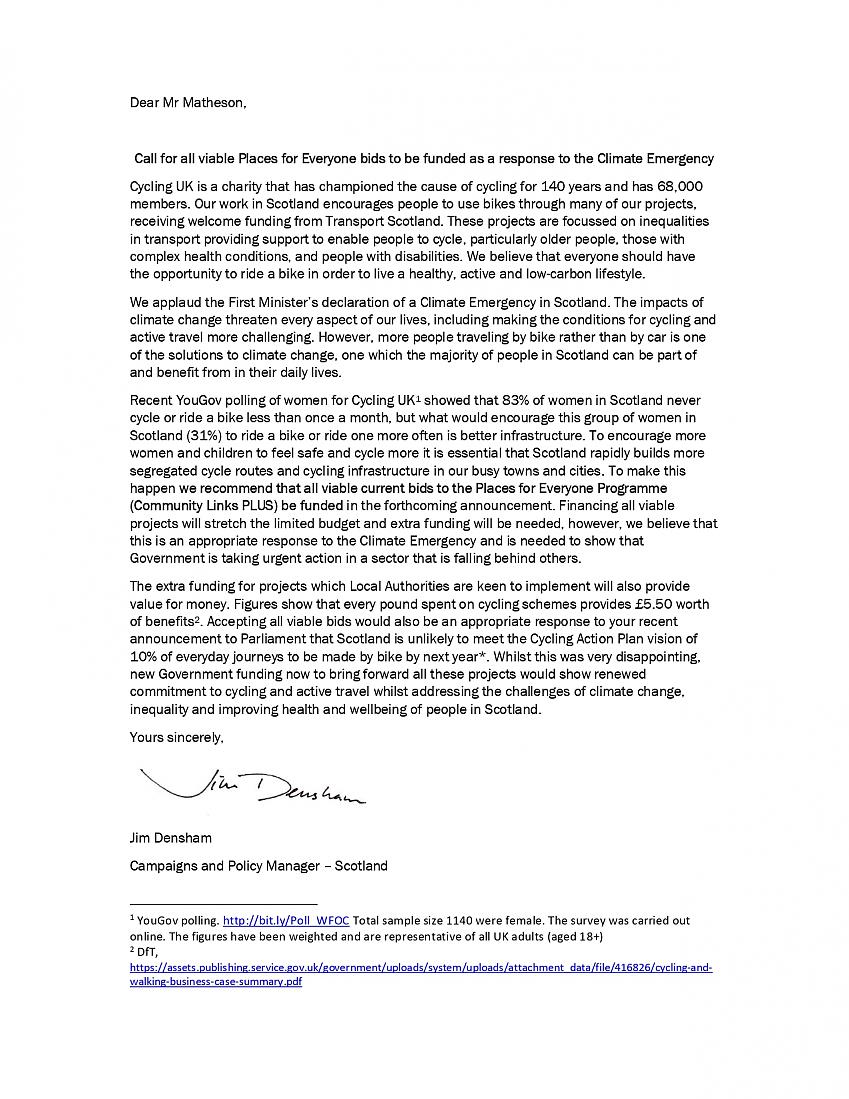