Elections 2022: getting cycling on the agenda

Elections 2022: getting cycling on the agenda

With elections in all four home nations in May 2022, now is the ideal time to press for political support for cycling. Cycling UK campaigns and policy manager in Scotland Jim Densham explains how you can help

On 5 May 2022 elections will be held for local councils in England, Scotland and Wales, and for the Assembly in Northern Ireland. Elections are always a key opportunity to tell politicians that cycling is important to you because they want your vote and are in ‘listening mode’. It’s therefore essential to campaign for change at election time with a strong co-ordinated message to secure political support for cycling.

Ahead of these elections, Cycling UK is calling for urgent delivery of safe, local cycling – but with a specific flavour and twist in each nation. That’s why we have launched four different election campaigns: for the NI Assembly election, and for the local authority elections in Scotland and Wales, and the parts of England where elections are taking place.

We have developed a progressive manifesto for cycling for each nation that sets out what we want candidates to commit to, although there’s a common ask for the delivery of connected networks of high-quality cycling and walking routes.

There’s also a universal theme around the need for urgent action – it’s time for politicians to deliver those essential networks. It’s time for them to ‘get there with cycling’, to make it happen.

We need your help to tell politicians to deliver on cycling and enable people to cycle for short, local journeys. Please sign the election petition for your nation. 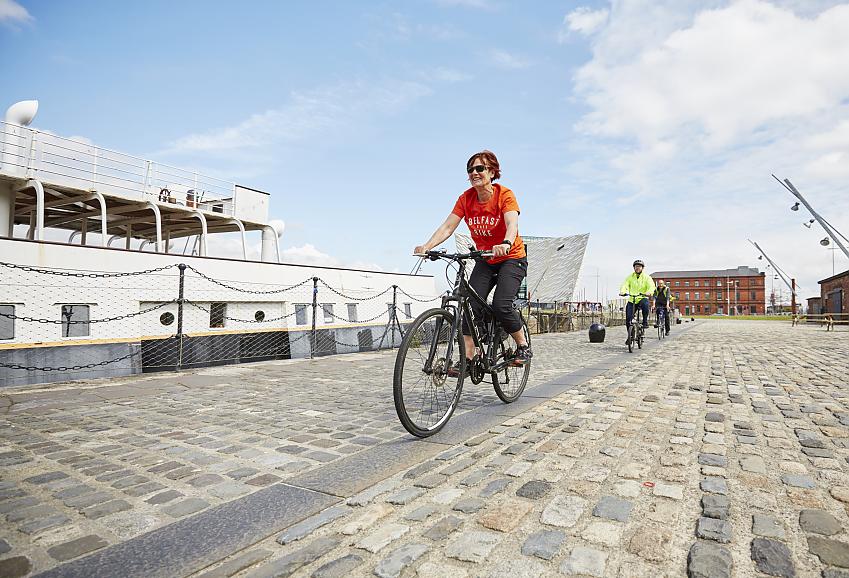 Against the backdrop of political, climate and cost-of-living crises, the people of Northern Ireland will elect 90 Members of the Legislative Assembly (MLAs) to the Assembly at Stormont. These candidates will represent Northern Ireland’s wide-ranging communities and cultures.

Cycling has been sidelined for years, but can be a positive solution to many of the issues faced in the region, and it’s one of the rare proposals that should unite everyone across the political spectrum. For this reason, our campaign in Northern Ireland embodies our campaign slogan: ‘getting there with cycling’.

The last two years have felt like a change of mood is in the air in Northern Ireland, with a Blue-Green Infrastructure Fund, a record spending commitment for active travel and the Belfast Bicycle Network plan.

Sadly, that change has stayed in the air, so now we need to push parties and MLA candidates to turn this new mood music into a crescendo of noise for delivery right across Northern Ireland. 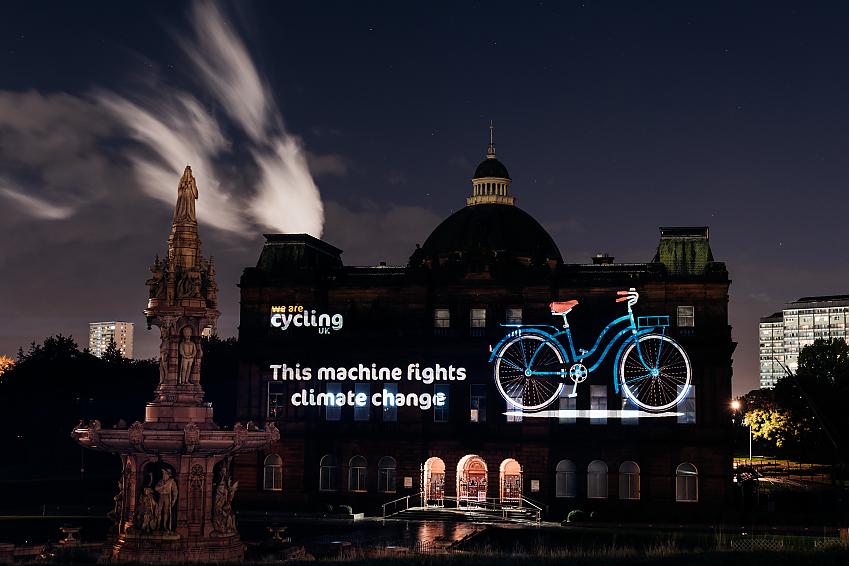 Since May 2021’s Scottish parliamentary election, there has been good progress for cycling at the national level. We have celebrated a record budget for active travel, a slew of cycle-friendly policies announced by government at Holyrood, and the first ever Minister for Active Travel. The public consciousness for green travel was also pricked when COP26 came to Glasgow in November 2021.

Scotland is now at a pivotal point where it needs to build on this progress with urgent action at the local level. That’s why the local elections in Scotland on 5 May are the most important ever for cycling. We’re calling for revolutions in communities across Scotland to enable more people to cycle for pleasure and short journeys, in attractive and safe urban and rural spaces.

We’re asking councils to make this happen by spending the record levels of funding now available on high-quality cycle routes and other projects that make neighbourhoods better for people. Join us and cycle campaign groups across Scotland in calling for delivery now. 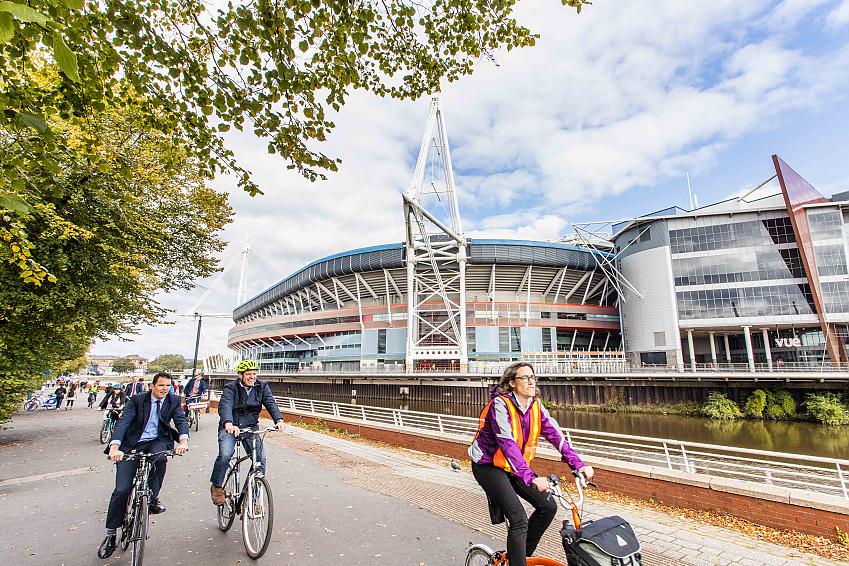 Like Scotland, Wales has also seen a massive increase in funding for active travel from its national government, and local authorities have been encouraged to be bold and ambitious. Money alone is not enough: what’s needed now is for councils to accept the challenge and use this money to deliver.

We need local authorities in Wales to step up and help us create communities that are connected by bike, to make cycling as easy as it can be and for people of all ages and abilities to feel that riding a bike is a realistic option.

As in the other nations, there are many pressing issues that will be hotly debated on the doorstep or at hustings, such as personal finances, social inclusion, clean air, climate change and health services.

Councils and candidates need to know that many of these issues can be helped by investing in cycling. It’s down to us as people who get about by bike or would like to do so to make sure that the candidates know that cycling matters to us and why. 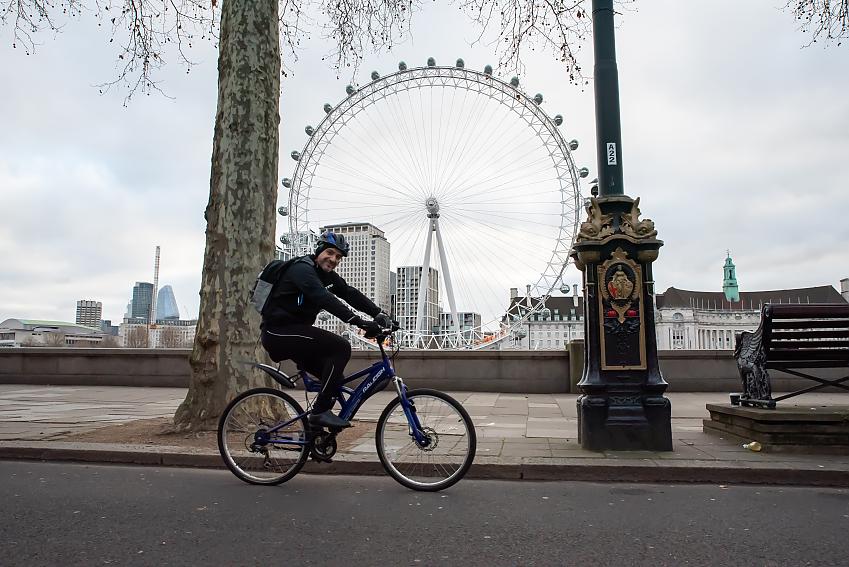 May 2022 will see polls to elect councillors in 146 English local authorities, including county, unitary, and metropolitan borough councils, plus seven local or combined authority mayors.

Getting more people walking and cycling has massive individual, environmental, economic and community benefits, but as in Scotland and Wales, local councils urgently need to work to make this happen and ‘get there with cycling’.

Councils in England have the power to transform communities by shifting their budgets and prioritising spending on cycling projects. We are asking candidates to pledge to deliver connected networks of high-quality cycling and walking routes, and to make our neighbourhoods safer and our air cleaner. But they need to hear that this is what people want.

Our online action for the election is easy to support and only takes a few minutes. Go to our Elections 2022 page, click the elections for the relevant country and fill in your details. Later we will also help you to write to your candidates.

Campaigning doesn’t have to be a big commitment but, if you’re not already involved in your local cycling campaign group, this is a great time to begin. Many groups will be actively campaigning for local cycling needs during the pre-election period.

Find Cycling UK affiliated cycling campaign groups on our website or consider connecting with our Cycle Advocacy Network (CAN).

Elections, projections, cycling revolutions, and the morning after View

Taking your election candidate on a bike ride View

English local elections 2022: Getting there with cycling View