Taking your election candidate on a bike ride

Taking your election candidate on a bike ride

Candidates for election should have a good understanding of the characteristics of their local neighbourhoods. Cycling UK's engagement officer for Wales, Gwenda Owen explains how taking election candidates on a bike ride enables them see things from a fresh perspective

I work from Trade Street Desks, a co-working space in the centre of Cardiff, much of the time. It's perfect; there's secure bike parking, an interesting mix of people and free coffee! As I've been working on our Manifesto for the local elections I've taken advantage of the fact that three of my co-workers happen to be standing for election as councillors, for three different parties in the May elections.

I've met a few other candidates on my visit to Caerphilly and Barry where I've been working with local cycle campaign groups to help establish a wider reach, and an election is a great time to do so.

Candidates - whatever their political allegiance - tend to be motivated by a desire to make a positive difference to the area they hope to represent, and whilst all the ones I met with are quite clued up on active travel there will be many who would welcome some input from some cycling advocates.

Sara, who is standing for Grangetown, has been cycling around Cardiff for some years and one of the reasons she does so is to show her teenage son that getting around by bike is possible. Trade Street Desks is a few hundred yards from the well known Taff Trail as it runs through the Greener Grangetown Project, but that short distance is not a ride for the faint-hearted and a clear demonstration of the need for cycling networks to be fully connected if they are to enable those less brave than Sara and I to cycle. Riding around the ward, we discussed what improvements could be made to allow people to get to local facilities as well as links to the city centre and other amenities. 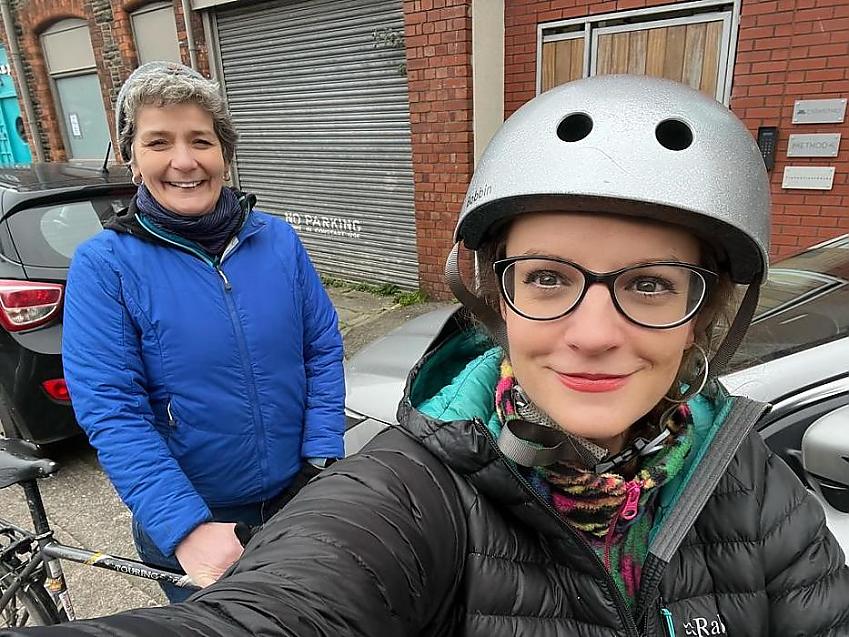 Sara and Gwenda about to ride away from Trade Street Desks

The next candidate I caught up with was Joseph, who is standing again for the Llanedryn and Pentwyn ward which is one of the few areas of Cardiff that you have to climb up to get to. We talked about the challenges and opportunities around local school journeys and how best to enable parents to switch some of those short journeys to cycles.

Then Ceri - standing for Cathays - and I cycled around the ward as he explained how he and his daughters get around by bike, the difference some new cycle lanes have made, and also pointed out some simple measures that he thought could be taken to make local journeys easier.

At the weekend we had our first in-person meeting of Vale Velo Ways and two of the enthusiasts are also standing for election, in different wards and for different parties, but with a shared ambition to make active travel possible for many more people.They talked about what prevented them from cycling, lack of separated infrastructure and nowhere to store the cargo bikes they would need as parents of young children.

The great thing about campaigning for cycling during an election in Wales is that there are candidates from all parties who get it (and those who don't). But all candidates want to make things better and to hear from the voters what matters.  So why not use our guide and invite your local candidates to experience first hand the enjoyment as well as the challenges you face when getting around by bike?

It can be fruitful for local campaigners to engage with election candidates at all levels – for councils, assemblies or parliaments across the UK (see section 5 of the Campaigners Handbook).

Successfully elected candidates will be responsible for a broad range of issues. Cycling comes under the ‘active travel’ banner, but they may additionally be concerned with transport, planning, education and more. Candidates for election should have a good understanding of the characteristics of their local neighbourhoods, however they may not know much about the issues around active travel, and they may not be aware of the potential it has to make a positive difference in the community. We can help them understand how it can solve local problems such as school run congestion, rat-running through housing estates, and air pollution.

Taking election candidates on a bike ride will enable them see things from a fresh perspective.

Why take an election candidate on a bike ride?

Candidates want to get elected and you’re the ones who elect them.

At ward (or division, or constituency) level, every vote counts; seats and in turn whole authorities can be won and lost with just a handful of votes.

Candidates don’t just want to get elected, they want to bring about positive change and whilst there may be different priorities and debate about what 'better' looks like, they are standing for election as they want to improve things for the people in the place where they live.

As someone who wants to improve things for cycling, this is an opportunity for you to influence, to raise awareness of issues and point out what the candidate could do to make the area better, and why they might get your vote if they support you.

Candidates who don’t cycle might not understand some of the barriers, and experiencing things first-hand is a powerful way to explain something.

For example, if they are being barraged by complaints about a lack of car parking space around a school, you can offer solutions that they may not have thought about, such as school streets and cycle parking in the school. 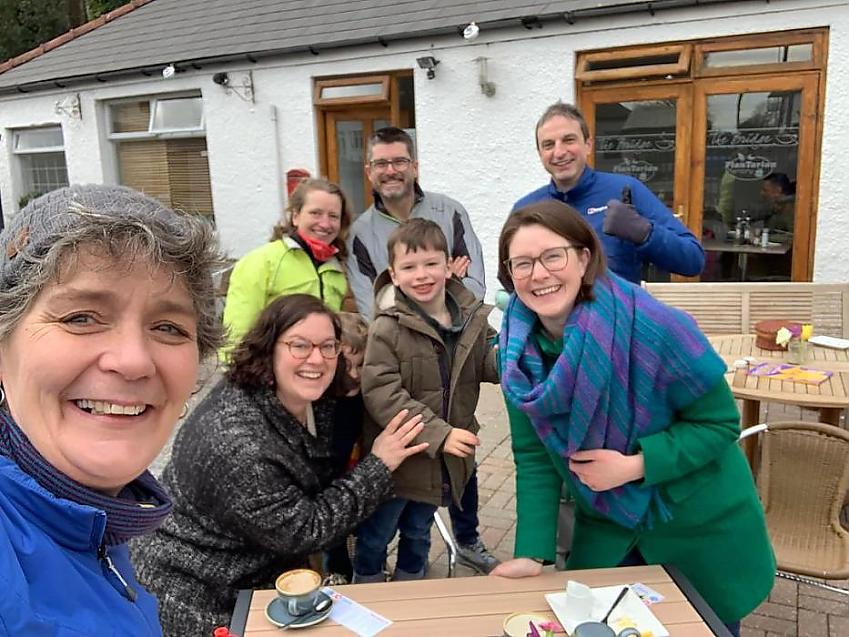 Who should I take?

All candidates need to hear from cycling advocates.

Don’t just invite the candidates who already support your cause. Whilst it’s great to let the active travel champions and everyday cycling candidates know that their support for cycling may sway votes, they may not be the winning candidate.

Invite candidates from across the political spectrum. Don’t assume that just because their national party’s policy is for (or against) cycling and active travel, they will agree. Their personal views may well differ from the party line and can be influenced by local relationships.

Do some research into each candidate – many will have set up social media accounts as part of their election campaign – and use what you discover to get them interested in riding with you.

There can be a lot of candidates standing in a ward, division or constituency and you may not be able to ride with all of them. That’s fine. If you are part of a local campaigning group, you’ll probably want to stay politically neutral, so approaching candidates from a range of parties can prevent unwanted perceptions of bias.

What should I show them, and where?

Show them what matters to you.

Check your local authority’s website to find maps of electoral boundaries. If you’ve an example of some infrastructure or other measure that works well, then start off with showing them something positive.

If there is nowhere to park your bike near the local shops ride around in search of the nearest spot and discuss the benefits to local businesses when you can park up outside.

If you want to be able to use a cut-through that has a gate you can’t get through on your cargo bike then take them the long way round to show how inconvenient it is. 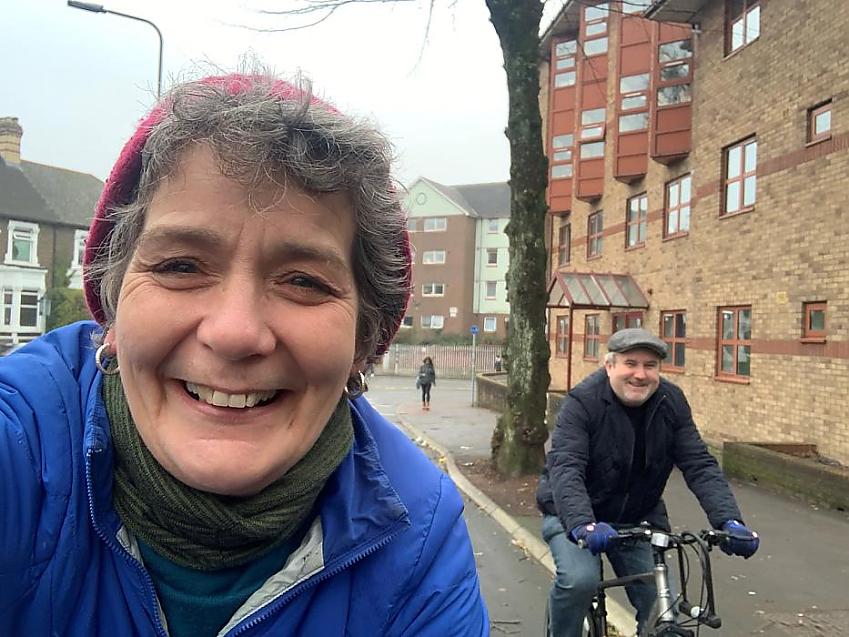 How should I show them what's needed?

By bike or on foot, on your own or with others.

There’s nothing quite like getting about by bike, so if your candidate is comfortable riding around, then this is the best way to get your point across. However, not everyone will be in a position to ride around so walk and talk is fine and can be less stressful than cycling around a particularly challenging area.

If you are part of a group or have friends you can call on, you could arrange for the candidate to meet several other people on the ride that (would like to) get around by bike - parents/disabled riders/children/commuters/leisure riders/shoppers – so they understand a range of views.

When should I show them around?

Meet at the time of day will allow you to best illustrate your point.

If a junction is difficult to cross at commuter times, invite them to join you during rush hour. If you want to make the case for ‘school streets’ don’t do it midmorning but arrange to meet at dropping off or pick up time.

If they cannot make that ‘best’ time, meet at a different time but show them a pre-recorded video to demonstrate the difference. 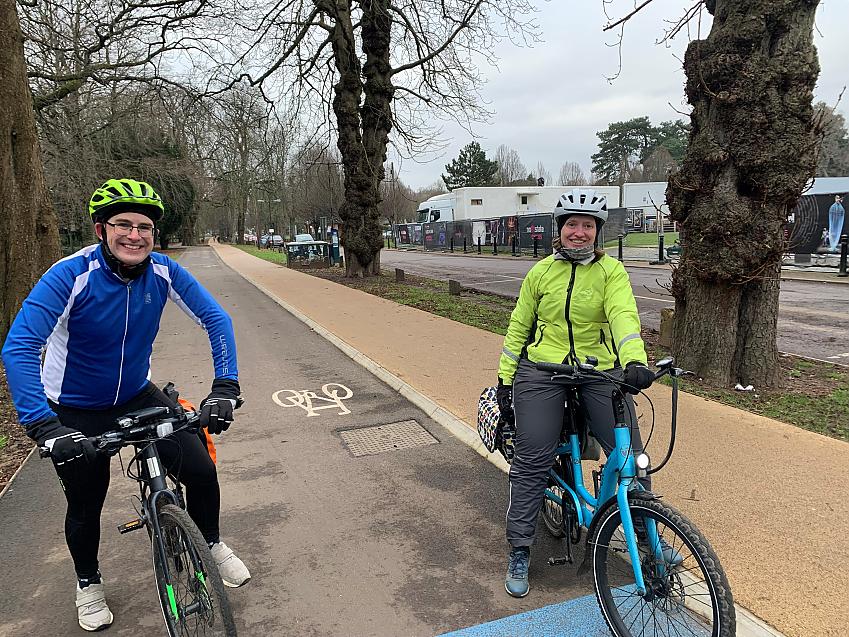 Joseph (left), candidate for Pentwyn and Llanedyrn poses with Hilary, a Cycling UK member who we bumped into on our ride together. Hilary commutes by e-bike and is part of Vale Velo Ways

What should I do next?

If you can get a photo of the ride, share it on social media or find other ways to let people know it’s happened as that will promote further conversation on the subject. Encourage others to talk to candidates about their experiences with cycling and active travel, so that they understand it’s an important issue to a range of people.

If one of the candidates you went on a ride with gets elected, continue the conversation with them and develop your relationship. You can hold them to account for any promises they made. Stay in contact with the ‘unsuccessful’ candidates - they may well become allies in your ongoing local campaigning and may well stand again in future elections.

Masses of kids cycling – what’s not to like? View

Elections 2022: getting cycling on the agenda View