A chance encounter 18 months ago led Neil Porter to his dream retirement job - volunteering with bikes. But getting out with the Big Bike Revival was more than spending his free time, it was a new way of coping with some issues that had plagued Neil for decades.

Neil is a volunteer with R-evolution, a charity operating across Hull and East Yorkshire that refurbishes bikes to working order and gets them back into the community. But this is only one strand of its work; the people working on the bikes reap the benefits too. They may be offenders looking to make the best of their second chance, or those who are currently unemployed, looking to gain new skills for a new career path. In Neil’s case, it was a bit different.

“It was totally by chance,” says Neil “I had gone to see the Bridlington stage of the Tour de Yorkshire, and R-evolution was there. I walked past and got nattering.

“I had retired from work due to ill health and I thought, yes, this is what I want to do.

“So I got involved. I could do basic things with a bike, and played around with cars in the past. This experience has made me realise just how much I do know. It’s been a rollercoaster.” 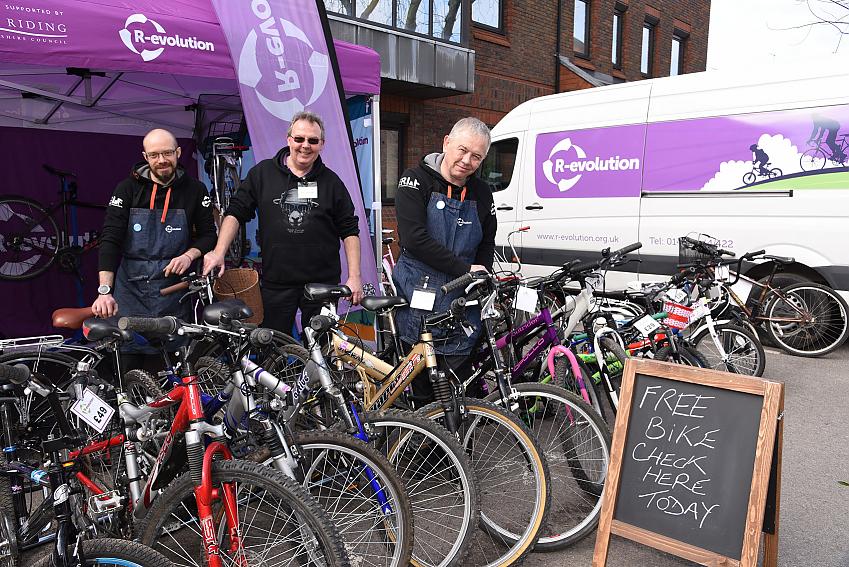 Neil out with R-evolution at an event

It’s been well over a year since that first conversation, and Neil’s highlights from this time include helping out at Big Bike Revival events and having the chance to get out of the workshop and meet people interested in getting back into cycling.

It’s having something to do, it gets me out of the house a few days a week... I may have finished work but that doesn’t mean I’m not productive!

Neil says, “We did loads of stuff over the summer: educational talks, fixing bikes, giving out road safety advice.

“I got my volunteer description written down just recently and it came to about three pages! I like variety; one week I could be on a stand promoting cycling, the next I could be inside doing some mechanical work or selling the bikes.” 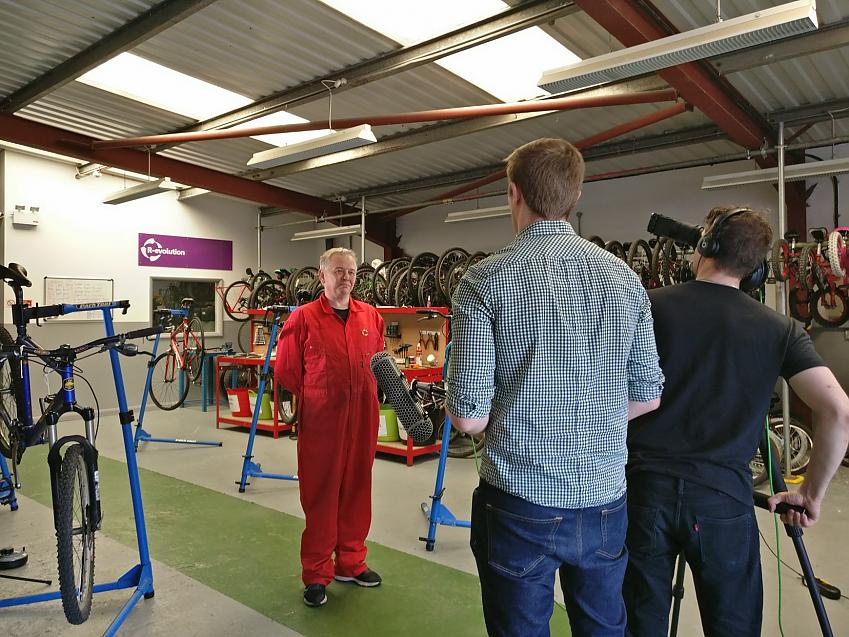 It’s this combination of keeping his mind active and interacting with people which has not only given Neil a worthwhile role in retirement, but a way of coping with his mental health issues.

The supportive environment at R-evolution has helped Neil immeasurably – the charity even has in-house counsellors, so he can book in and talk things through whenever he may need to.

Regardless of what you may be facing, Neil would encourage any cycling enthusiast, particularly those looking to find something new at a later age, to try volunteering. 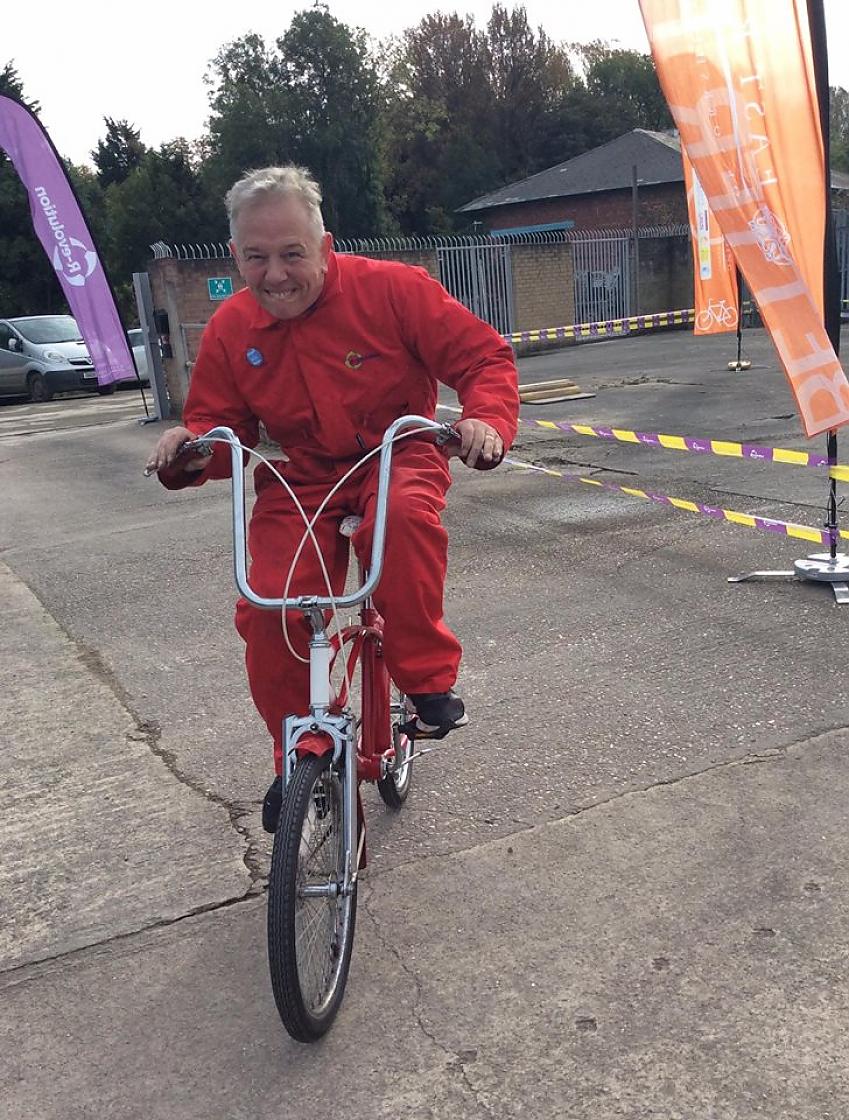 Volunteering can be a fun outlet

“It’s having something to do, it gets me out of the house a few days a week,” says Neil. “I may have finished work but that doesn’t mean I’m not productive!”

The Reason to Velocheer! Our new five-year volunteering strategy is launched View
You too can champion cycling in the UK
Give your support today to help Cycling UK’s charitable work tomorrow. We double every pound you give through other sources to help change lives and communities through cycling.
Volunteer now
Cycling UK continues to support the UK to cycle
This remains true during this difficult period with the ongoing threat of coronavirus Covid-19
Read our latest advice on cycling