What are the ‘lost ways’ on the West Kernow Way?

What are the ‘lost ways’ on the West Kernow Way?

If you look closely at Cycling UK’s new West Kernow Way route, you might notice there are some short sections which are marked as public footpaths, or which don’t seem to be a public rights of way at all. Campaigns officer Sophie Gordon explains why

One of the highlights for me during a recce ride of the  West Kernow Way, part of the European Regional Development Fund EXPERIENCE project, was crossing the Penwith Moors, on a track known as the Tinners Way. It may not have the rugged coastal scenery of many other parts of west Cornwall, but it has its own kind of magic.

On these empty moors you can almost hear the echoes of thousands of years’ worth of travellers, who have been passing along this ancient trackway since the Bronze Age, or possibly even before that. Perhaps they were traders on their way to the next place to sell their wares, or pilgrims journeying to holy sites. 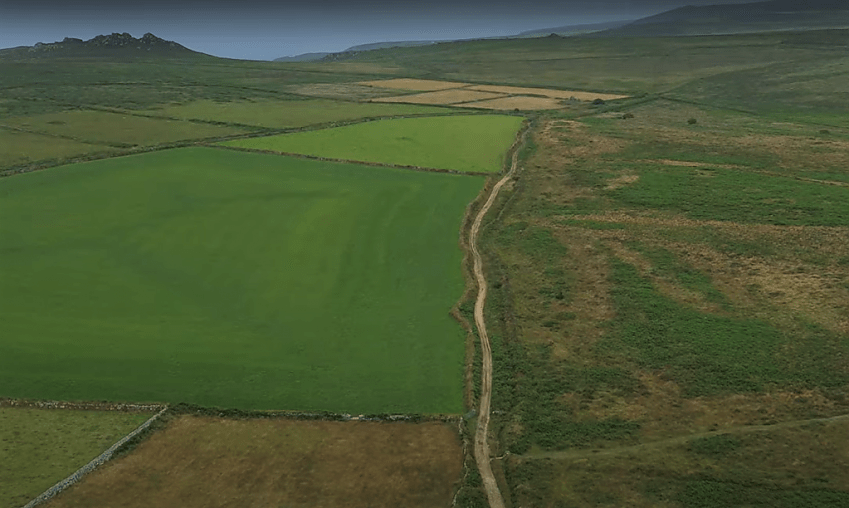 Also known as ‘The Old St Ives Road’ because it ran between St Just and St Ives, the route was more recently used to transport tin for smelting during the 18th and 19th centuries – leading to its current name of the Tinners Way. 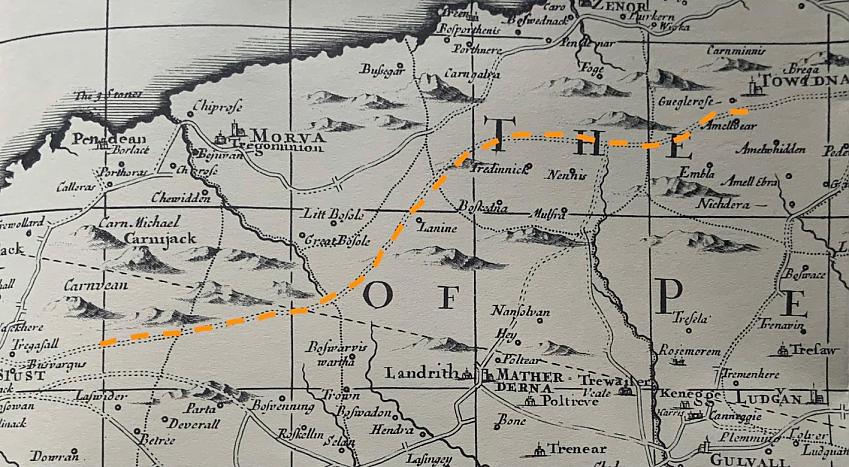 The Tinners Way shown on a map from 1699. Courtesy of the National Library of Scotland

Given this rich history as a continuous route, it surprised me to see that the Tinners Way has become a bit patchy on modern maps.

There’s no longer a continuous right of access for horses and carts, which would have used this track for millennia. Instead, parts of the route are marked as public footpaths, while other sections aren’t recorded as public rights of way at all.

The Tinners Way is one of many ‘lost ways’ in Cornwall, several of which we have included as part of the West Kernow Way route where it was necessary to link sections together.

There are thousands of historical anomalies like this in the rights of way network across England, where routes were recorded incorrectly when councils were compiling their official maps in the 1950s.

However, the key thing is that the public’s right to ride on them still exists. It hasn’t just disappeared because they’ve been marked incorrectly on a map. These ancient routes which used to be used by horses and carts could form crucial links in our fragmented rights of way network, where currently only 22% is open for cycling. 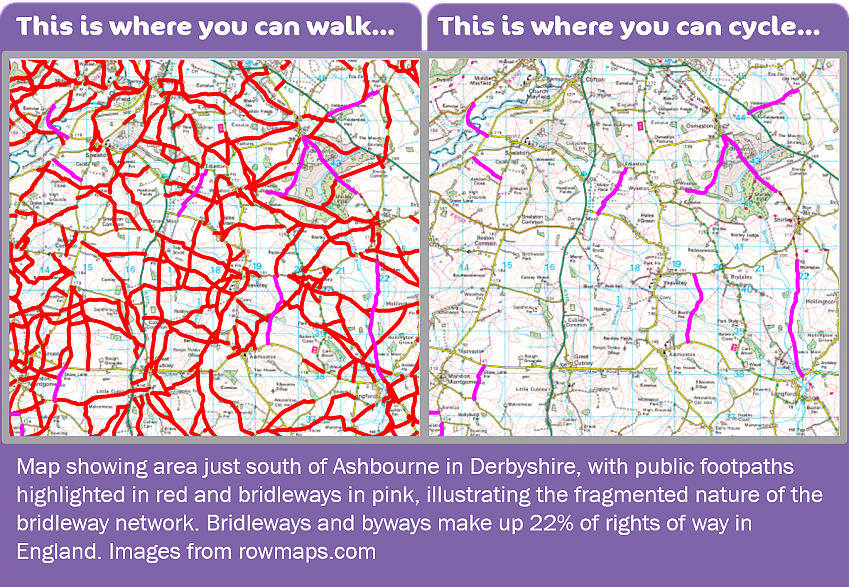 The problem is that the process to correct these errors is complex and time-consuming. It’s left to volunteers to dig into historic map evidence and submit an application for a Definitive Map Modification Order to change the recorded status of the route.

Even then, under-resourced council rights of way departments have such a backlog of applications that it would take an average of 15 years to process them all.

What’s more, there is real urgency to this now, because after the deadline of 2026 no new applications will be considered by councils.

Under-resourced council rights of way departments have such a backlog of applications that it would take an average of 15 years to process them all.

It’s clear this system just isn’t working for anyone. That’s why Cycling UK has decided to include these lost ways on the West Kernow Way. For each one, either we have submitted a Definitive Map Modification Order, or there was an existing one submitted already. However, we believe it’s not practical to wait 15 years for the map to be corrected, so we have included these sections where there is strong historic evidence. You can see more details about these routes on our lost ways story map.

Making it easier for people to get out on a bike and be active would have huge benefits, both for public health and for the rural tourism economy.

But right now, we’re missing the opportunities that already exist on the ground. We need to simplify the system for upgrading rights of way.

In the meantime, if you want to get involved with discovering lost ways in your area, have a look at our guide to researching historic rights of way.