Ride into London's gay past for LGBT History Month

Heaven nightclub in Covent Garden is on the cycle tour of gay London. Photo by CycleOut London

Ride into London's gay past for LGBT History Month

To coincide with LGBT History month, CycleOut London and Cycling UK member Stephen Ashley guides us along two rides the club organised during the lockdown respite last summer, each connected with the often sobering but also uplifting story of gay life in the capital

Because of coronavirus precautions, we limited the rides to six participants - both were instantly booked out on our website. Both rides followed different routes and ran as fully-guided tours with some 20 - 25 commented stops, as well as outdoor refreshment breaks.

The first, an entirely flat route, focused on sites in Central London and the second, with a sharp hill climb to the former home of Dusty Springfield, went west to Kensington, Chelsea and Earl's Court, the centres of London gay life for much of the past century.

The thorough and wide ranging selection of locations during the ride was rich in LGBT history. The ride made me appreciate the value of diversity and how critical it is for us to protect it for future generations

The meeting place for both rides was Marble Arch, chosen not for its relocated monument, but as the former site of the Tyburn Tree, the venue for public executions for some six centuries until 1783.

Noting that gay history has generally been a worldwide tale of persecution, discrimination and injustice, we began by marking the impact of Henry VIII’s Buggery Act of 1533, the first secular legislation in England on sexual morality. Under its provisions, up to 50 men were executed, usually working men without social clout, and many more were jailed, pilloried, transported or fined.

The first ride moved on to the City of Quebec, the oldest continually gay public house in the UK, and from there, explored a number of former venues where gay men - and less often women - met and socialised over the centuries.

One unexpected discovery was that London in 1720 had more gay venues than in the 1950s, when the then Conservative home secretary, Sir David Maxwell Fyfe, sought to wipe out what he called a “plague over England” using a combination of police entrapment and informers. 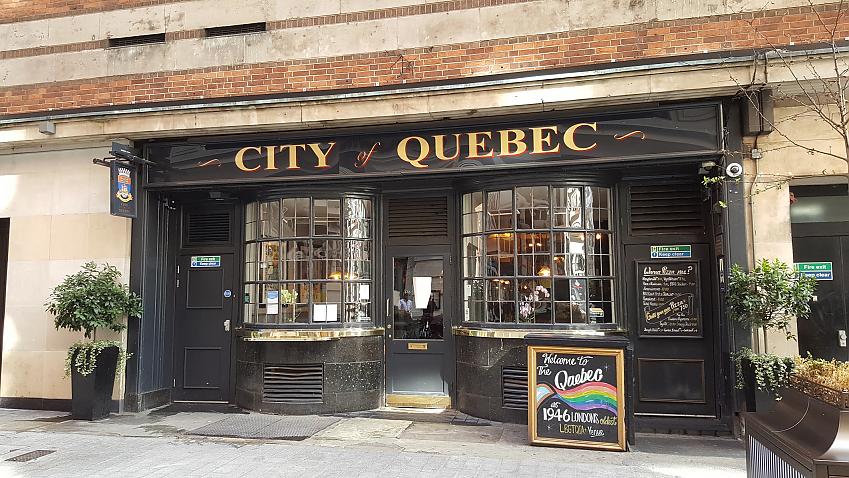 The City of Quebec is the oldest continually gay public house in the UK. Photo by CycleOut London

On to Holborn, to the sites of Mother Clap’s Molly House, raided and closed in 1726, then to the site of the Victorian male brothel in Cleveland Street, the 1930s Caravan Club in Soho and the Arts and Battledress Club, which operated above an unmarked staircase until the late 1970s in what is now Chinatown.

More recent venues we passed included the big commercial nightclubs of the 1980s like Bangs and Heaven, and the Golden Lion in Dean Street, where Dennis Nilsen met several of his murder victims.

The campaign for homosexual rights and reform

A second theme of this ride was the campaign for homosexual rights and toleration by 19th century rationalists, Bloomsbury intellectuals and trial survivors, like the journalist Peter Wildeblood, author of the 1955 memoir 'Against the Law'. In this, Wildeblood reflected on the infamous Montagu Trial, the injustice of which accelerated the final successful campaigns for law reform.

This theme continued as we stopped at the Old Bailey, where the Irish author Oscar Wilde was sentenced to prison with hard labour in 1895. The ride concluded in Parliament Square, marking the law reform of 1967, and in Hyde Park where the first Gay Pride march was held in July 1972. 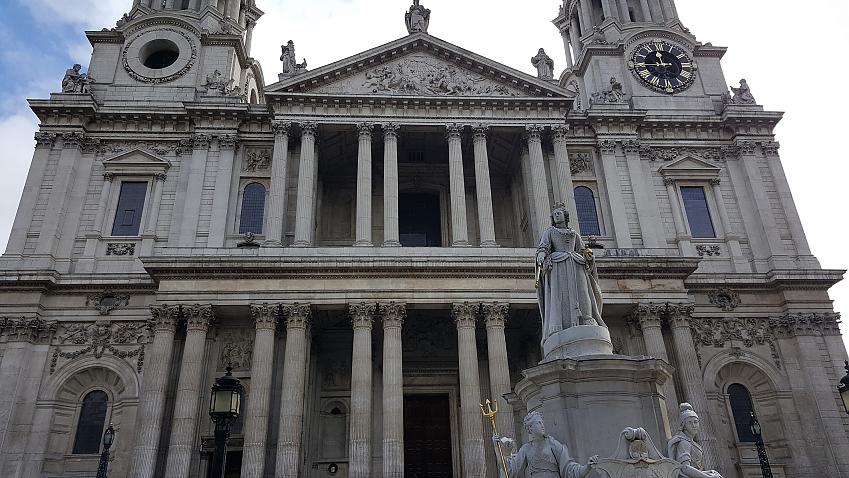 The Old Bailey, scene of the trial of Oscar Wilde. Photo by CycleOut London

The contribution of gay celebrities on British culture

The second ride took place a month later, and went from Marble Arch into the near suburbs of West London and was very different in tone - looking more at personalities and the lives of gay men and women who contributed to British cultural life over the past two centuries. Inevitably, we had to make suppositions as a fair number of these figures publicly denied or hid their sexual orientations.

Among them were the actor and writer Dirk Bogarde, who lived for 39 years with his male partner, or the American-born novelist Henry James, whose recently unearthed letters reveal a far racier private life than the respectable figure he cultivated in Edwardian society. 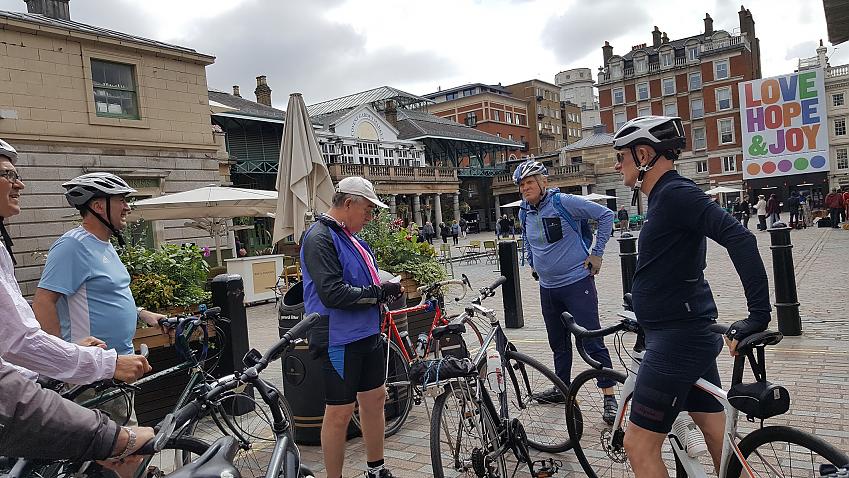 We stopped by the homes of Radclyffe Hall, author of the banned 1928 lesbian classic 'The Well of Loneliness', the Victorian artist and Royal Academy President Lord Frederick Leighton, and the Symbolist poet Algernon Swinburne.

Among more contemporary figures were the DJ Kenny Everett, the comedian Frankie Howerd, singers Freddy Mercury and Dusty Springfield, and the 'naked civil servant' Quentin Crisp - in Beaufort Street, we looked up at his flat that allegedly was never cleaned in thirty years. Mercury’s house in Earl's Court, now owned by his great friend Mary Austin, was for years treated as a shrine by fans but has recently been cleaned up and is without even a blue plaque, in a bid for anonymity.

The ride also visited sites of longer - and more recently vanished - gay venues that thrived when Chelsea was a trendy and bohemian quarter full of artists, students and youth fashion. Here, we had the Queen's Head pub, the Gigolo Club and the lesbian Gateways Club, which featured in the 1968 film 'The Killing of Sister George'.

We then cycled on to Earl's Court, the centre of London gay life in the 1970s and 1980s, where the Coleherne, Bromptons, the Catacombs and the Copacabana dominated the scene until gay life moved to Soho and Vauxhall in the 1990s, later to go online even before coronavirus.

Our final stop was at the Bayswater home of our villain of the day, Jeremy Thorpe, the Liberal Party leader acquitted in 1979 of conspiracy to murder his male lover.

CycleOut London has served the LGBT cycling community for the last twenty five years, and is run by volunteers. The group caters for a diverse level of cycling fitness and aims to provide a safe accessible healthy environment for the community. Under normal circumstances the club runs multiple weekly rides and organises cycling trips in the UK and abroad.

CycleOut London member, Nasser said of the ride: "The thorough and wide ranging selection of locations during the ride was rich in LGBT history. The ride made me appreciate the value of diversity and how critical it is for us to protect it for future generations."

If you want to replicate CycleOut London's rides, download the route below.

The club hopes to repeat both tours later this year, if the pandemic and the weather permit.

Cycling UK affiliate LGBTQ group PRiDE OUT, which is based in Manchester but has Facebook groups all over the UK, has an LGBT History ride event on its Facebook page you can join in.