Mark Beaumont ahead of his around the world tour
By Lucy Watherston
Tuesday, 19 September 2017

On 2 July, he set off from Paris and has returned to the same spot 79 days later having completed his cycle around the world. The tour saw him pedal through Europe, Russia, Mongolia and China before heading across Australia, New Zealand and North America and then headed back into Europe for the final stretch from Lisbon to Paris.

In total Mark, has completed an incredible distance of 18,000 miles, meaning he will have spent on average over 16 hours a day in the saddle and had only five hours sleep a night. He has taken four flights, a ferry and overcome two crashes – one particularly nasty one that required dental work on route.

Despite all this he also overcame a range of climates and terrain and still pushed on to keep on top of the time challenge and has even gone on to complete it a day early.

This means he now holds the world record for a second time. Back in 2008 he finished his around the world challenge in 194 days and this was later beaten by New Zealand’s Andrew Nicholson who secured it in 123 days. 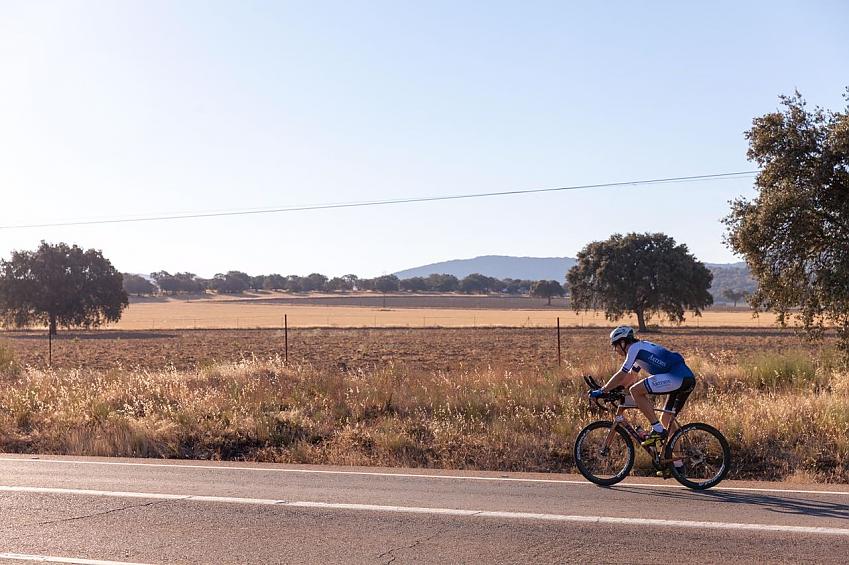 
Now Mark, inspired by the Jules Verne novel ‘Around the world in 80 days’ took on the challenge to cycle around the world and completed it well within the time.   Mark said about his attempt: “This has been, without doubt, the most punishing challenge I have ever put my body and mind through. The physical and mental stamina required for each day was a challenge but I had an amazing support team around me.

The success of cycling around the world in 80 days shows that what seemed impossible is possible and has redefined the limits of endurance sport.

"Each stage brought different challenges including different climates, which I had to adjust to quickly. Stage one through Russia and Mongolia was unknown territory, so to complete this phase and come out with a second Guinness World Records title is a real achievement.   “I am very grateful for the support I’ve received from people all over the world, from fellow cyclists joining me on the road to messages and wishes online. The experience has been incredible, and I’m excited to share this journey for years to come.”

What a hero! Well done Mark, such an incredible way to break the world record. Throughout this challenge, he has set a target to raise £80,000 for Orkidstudio, a humanitarian architectural charity. You can make a donations texting 'ORKD80 £10' to 70070 or online at justgiving.com/fundraising/markbeaumont-80days.

Mark Beaumont’s 'Round the World in 80 Days' bike (which could be yours!) View