How to leave no trace when you're out cycling

How to leave no trace when you're out cycling

The countryside is a bounty we all can enjoy - but it does need to be looked after. Whether you're riding, walking or wild camping in it, there are steps we can all take to minimise our impact, as Cycling UK's Sam Jones points out

Well maybe not the last. Unfortunately that’s one thing most countryside visitors in the UK will sadly have encountered at some stage.

These bags are disgusting, inconsiderate, and a heinous environmental mess which needs to be cleaned up – and that task should only be one person’s responsibility (the dog walker’s).

They’re a clear sign of the passage of an individual with very little regard or respect for their natural surroundings and those that might also enjoy them (both people and animals).

It’s also very much against one of the tenets of Leave No Trace: dispose of waste properly.

Just as you would expect a responsible dog walker to clean up and dispose of their canine’s mess, Cycling UK is keen to see the cycling community look to minimise their impact on the environment they’re riding through.

It’s why “leave no trace” is one of the key messages we want participants of our bikepacking challenge #12nightsoutin1year to adhere to, but it’s an ethos as a charity we would love to see anyone who enjoys the outdoors adopt whether it’s for an overnighter or a short ride.

But what does “Leave No Trace” actually mean? As a phrase and movement, it has its origins in the US, and is now an incorporated not for profit over there. In the UK, we’ve something similar too, as since the 1930s in one form or another, we’ve had the Countryside Code which was only updated last year.

The spirit of both is very much the same, in that these are guiding principles for countryside visitors and its caretakers to follow, not just for their own enjoyment but to make sure we limit our impact on the natural environment.

Where Leave No Trace differs from the Countryside Code is with a greater focus on camp craft which will…you guessed it, help you leave no trace.

There are seven principles of Leave No Trace, with principle two encouraging you to travel & camp on durable surfaces. Outside of Scotland where you’ve greater freedom of where to travel, this is less of a problem, as our access as cyclists is largely determined by the Rights of Way.

That’s not to say those long dashes and crosses showing bridleways and byways on an OS map give us carte blanche to ride when we like – as responsible users of the countryside we still need to think about our impact.

When there’s been lots of rain and the trails are churned up, we do need to think and reappraise the routes we take, as some will be more vulnerable to erosion than others. Exercise your best judgement – you’ll know if you’re likely to cause damage and if you need an excuse not to ride then if it helps consider it a valid reason not to get your bike dirty! 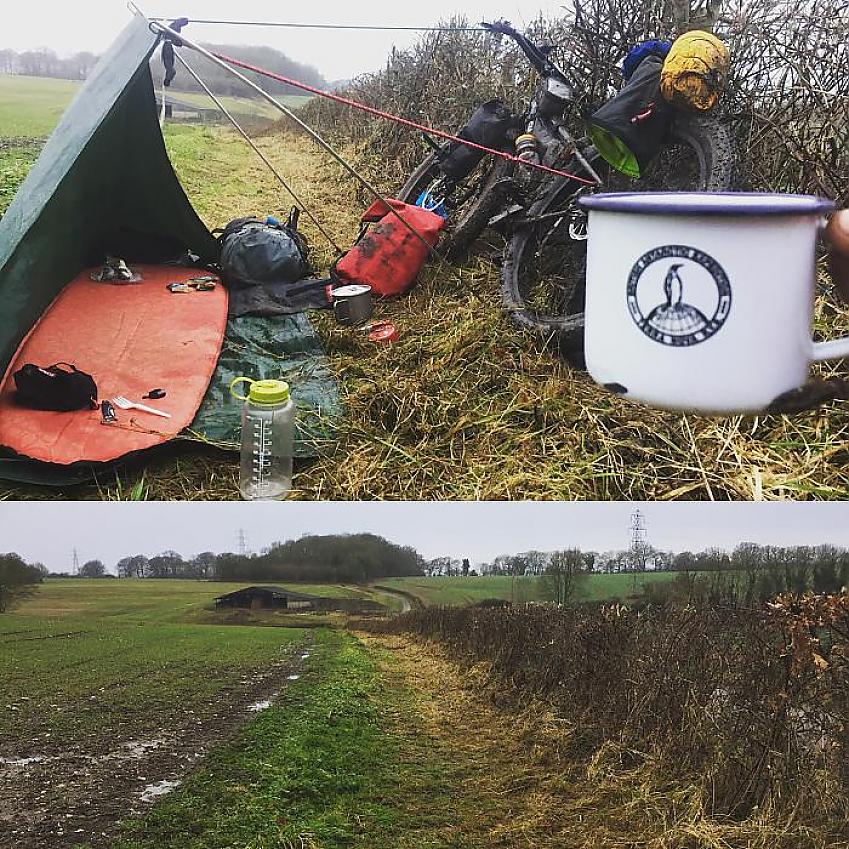 When it comes to camping, whether you’re bivvying, using a tent or even a hammock, when you leave the following morning, your resting spot should be indistinguishable from any other part of the landscape.

Camping on durable ground will help that process, but so will replacing any of that woodland furniture or rocks you’d moved the night before to make your campsite more comfortable.

It is also worth knowing there are certain areas where it can be a criminal (and irresponsible) act to wild camp in England. These include military training areas and sensitive wildlife sites such as Sites of Special Scientific Interest (SSSI), Special Protection Areas (SPA) and Special Areas of Conservation (SAC).

You also want to make sure your campsite is a good distance from the nearest water source – 200ft / 60m at the least. That’s mainly to allow wildlife easy access, but also to make sure any of your bodily functions don’t contaminate the water source too.

Which does bring us to the issue of the toilet…bears might use the woods for it, but that doesn’t mean you should. Just like with the aforementioned dogs, the best practice is to pack up your business and deposit it in a bin.

You might ask why, and the reason is due to many of our modern diets, our poo can be an environment hazard packed full of chemicals, hormones and other unnaturalness – not to mention it can take up to a year to biodegrade. If you must go, and left your poo bags at home, again, steer well clear of water sources (200ft / 60 metres again).

Dig a hole at least 20cm deep and don’t bury your toilet paper when you’re done – take it out with you (most toilet paper is bleached and that can contaminate the soil). It’s the same principle with sanitary towels too.

Where Cycling UK would veer away from Leave No Trace is their advice on campfires. The Countryside Code is clear: do not light fires and only have BBQs where signs say you can.

It’s simple and we’d advocate you follow the Countryside Code on this. Fires might be a nice thing to gather around of an evening, but they can get out of hand causing untold damage (how many news reports have you read about a fire out of control in the summer months?) and your likelihood of leaving no trace is severely limited if you have one.

Sorry to be a party pooper on that – but if it’s not your land then no fires, and stick to your camp stove (you can still toast marshmallows and make s’mores with that if you’re careful).

The only thing better than minimising your impact on the land you’re travelling through is minimising that of others. That’s part of the ethos behind the community-focussed, non-profit organisation, Trash Free Trails. 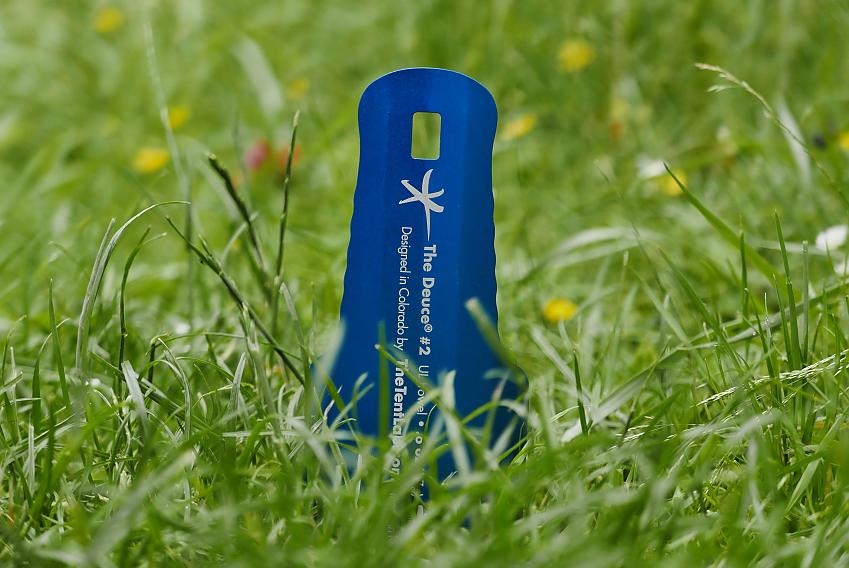 Tool of last resort - pack out what you take in.

Trash Free Trails is all about preserving and protecting the wilderness around us, and has as its mission the reduction of plastic pollution on our trails and wild places by 75% by 2025.

Networks of volunteers are out regularly hauling in unbelievable amounts of rubbish – unbelievable not just for their efforts but also sadly for the amount that is literally littered about the countryside – and they’re always looking for more.

You don’t have to join up with these crews or enrol as a volunteer to help though - that drinks can in the verge or that chocolate bar wrapper you just passed – pick it up and take it with you until you find a bin.

If every countryside user packed more out than they took in, then we’d soon start to see a positive difference – that’s a change we should all want to be a part of.

In an age of a pandemic, of course you might not be too comfortable with picking up other people’s litter. Consider taking / buying a litter picker and a rubbish bag with you on the trails instead, and make sure to take some alcohol gel with you to give your hands a good clean.

Trash Free Trails is something we will all benefit from. It really should not be a massive imposition on your ride to help preserve the places we ride and spend time for others – so as unsavoury as it is, do consider picking up after others, as well as of course yourself.

At the end of the day we all have a responsibility to leave this planet better off than how we found it. Governments can and should impose the big changes necessary to achieve this, but as individuals and as a community we can all do our bit too.

Safe and responsible riding does not have to detract from enjoyment, and together we can help make sure the countryside and its wonders are there for future generations too.

Personal hygiene and keeping clean while touring or bikepacking View