Cycling UK wants to create an adventure route that would allow people to ride off-road from Lands End to John oGroats
By Sam Jones
Thursday, 22 November 2018

You’d be forgiven for thinking that the iconic Land’s End to John o’ Groats (LEJOG) cycling route is only a road route. Cycling UK wants to change that by helping to create a truly traffic-free off-road adventure route. Senior Campaigns and Communications officer, Sam Jones, explains what this means..

Similar to most people when I think of LEJOG, (and JOGLE or LEJOGLE), the picture of someone looking either smiling and excited or elated and exhausted beneath the iconic finger posts springs to mind. Invariably, they’re accompanied by a hybrid, road or touring bike – or occasionally a Brompton.

Rarely is this photo with a mountain bike. I’ve probably seen more pictures of people on tandems or even Penny Farthings than on mountain bikes – and that’s despite mountain bikes being the type of cycle most likely to be sold in the UK - 30% of cycles sold are MTBs.

That’s something Cycling UK would like to change through the creation of an official off-road LEJOG trail.

If you want to tackle LEJOG on road, there are plenty of resources to help you such as Cycling UK’s own advice, routes and helpful forum. You’ll find GPX routes and books to cater for all riders – whether you want to take the quietest route or the fastest.

Thinking about doing it off-road though, and it is much more difficult.

Of course there are some intrepid explorers like Cycling UK members James Spencer and David Broddle who have pieced together a semblance of a route using a combination of OS maps, internet trawling and optimism. However, most of these accounts feature obstacles like stiles and footpaths which will break up your ride, or could force you into a volte-face. 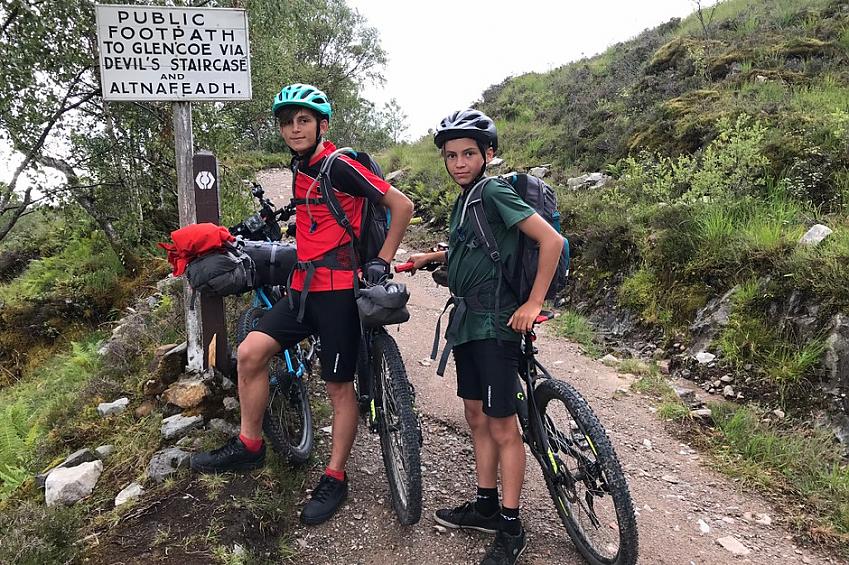 Reading the accounts of Cycling UK members Ralph Hughes who gave this a go in 2012 and more recently ffinlo Kilner who rode the off-road JOGLE with his two teenage sons this summer, piecing together your own route is clearly a great experience – but one which requires a lot more effort than the road version.

Adventures shouldn’t be easy, but there’s no harm in making them easier to navigate.

Now adventures shouldn’t be easy, but there’s no harm in making them easier to navigate - and that’s very much Cycling UK’s ambition.

We want our off-road LEJOG to be an adventure route making use of existing rights of way. It will make sure you don’t end up riding down a bridleway, only to be stumped with the dilemma of turning back or pushing your bike when that right of way turns into footpath.

Cycling UK also wants it to eventually to be recognised as a national trail that all lovers of the countryside can enjoy, whether they’re walkers, horse riders or cyclists. It won't necessarily be the easiest, most direct or fastest route, but we're hoping it will be the most scenic one!

“Britain’s network of walking routes are envied around the world. In England and Wales, however, only about 20% of that network is legally accessible for bikes and horses,” points out Cycling UK’s CEO Paul Tuohy, “In 2020 the England Coast Path is due to be completed, so now’s the time to look to the future, think big and create a trail open to everyone: an off-road Land’s End to John O’Groats.”

When the England Coast Path is completed in 2020, it will mean there will be 16 national trails in England and Wales (there are 29 Great Trails in Scotland and the Ulster Way in Northern Ireland).

However, only two of these in England can be ridden from end to end by cyclists and horse riders: the Pennine Bridleway and South Downs Way (all routes are rideable in Scotland).

While we now have a riders route for the North Downs Way with an off-road LEJOG we hope to have a new trail that caters to all outdoor users.

Our ambitions are more than just a linear route that will take you from Land’s End to John O’Groats though. We’ve also plans for what we call the “Wessex Loop” that would connect to the 1,000 mile line from Cornwall to Scotland. This loop would connect Stonehenge to the Surrey Hills and the North Downs Way and also the South Downs Way. Meaning if you hopped off the ferry in Dover, you’d be able to cycle more or less off-road all the way to far end of Scotland. 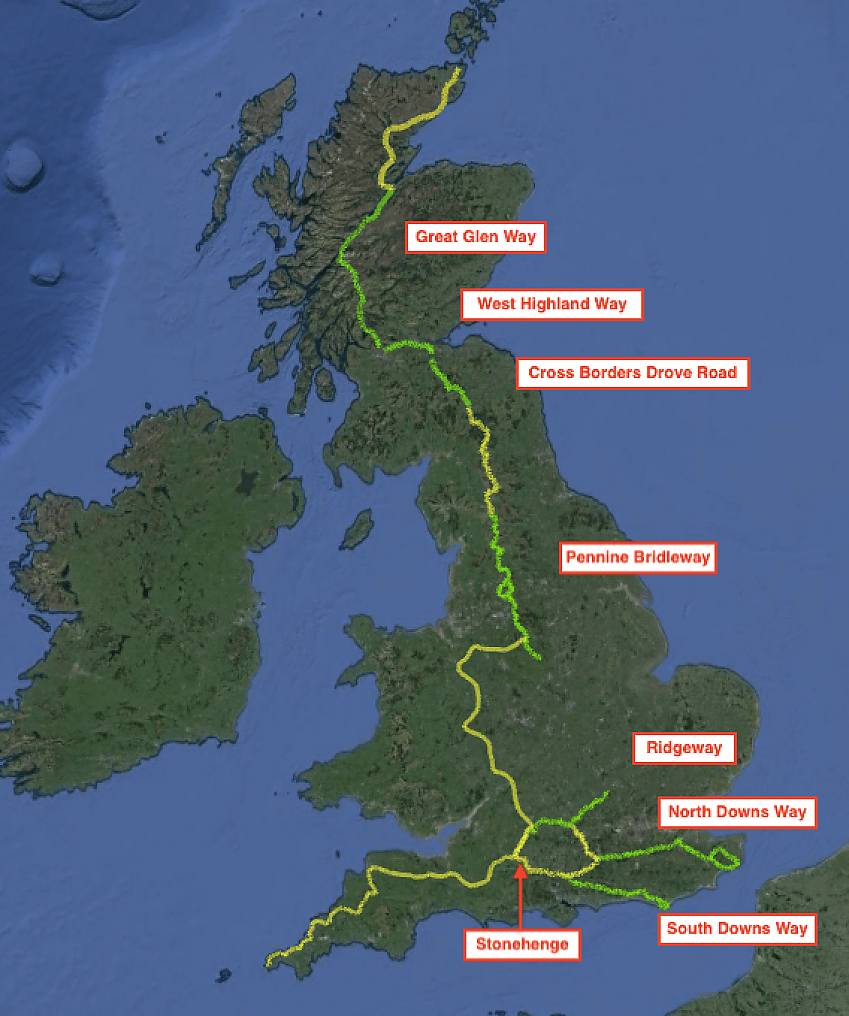 Map of Cycling UK's vision for an off-road LEJOG

To achieve this, Cycling UK plans to publish by 2020 an A and B line for our proposed route. The A-line would be our ultimate goal for an off-road LEJOG which would potentially feature footpaths we believe are suitable to be upgraded to bridleways – but not rideable yet. The B-line however would be a route which you can ride right now, and which would look to keep off-road as much as possible and using quiet lanes and roads when the existing rights of way network forces you off it.

We’re also be looking at how our proposed route can benefit the rural communities they go through. Similar to the work we’ve done on the Surrey Hills by creating a series of loops off the North Downs Way, Cycling UK is keen to explore the opportunities of creating or at least facilitating the creation of similar routes along the way, as we know that majority of this route’s users will not be looking to do the entirety but only sections.

Kieran Foster, Cycling UK's off-road policy advisor explains how what we're proposing is a logical step following campaigning begun in the 1930s for more improved access, "The ethos behind our route is the same opportunity to explore Britain first described by Tom Stephenson when he argued for more access and suggested the Pennine Way should be a route to inspire and invigorate people."

There’s still a way to go until we have our route published, but judging by the reaction we’ve had from officials, national trails officers, the media and wider public, we know an off-road LEJOG captures the imagination and more importantly there's support for its creation.

Commenting on his own off-road LEJOG ffinlo Kilner said in an article on MBUK, “We combined naivety in thinking we should do it with stubbornness in refusing to stop. And in this way, we found ourselves an adventure just round the corner from home.”

While we’re not naïve in realising the magnitude of this task, we definitely have the tenacity to carry this through to the end and thereby help everyone find that adventure “just round the corner”.

The off-road End to End View