Silvi Vargas is a BMX racer and coach and a tutor for our Women’s Festival of Cycling mechanic’s workshops. She came to the UK from Colombia aged 10 and in the 2012 Olympics she saw Colombian Mariana Pajon win the country’s second ever gold medal. She was mesmerised by BMXing. In this interview she opens up to us about her dreams, frustrations and goals in the sport

What bike do you ride? 2018 DK Professional V2 PRO frame with yellow handlebars.

In three words summarise your cycling: Yes, you can.

Why and how did you get into BMX racing?

I was always very sporty when young, I used to skate and ride bikes all the time back in Colombia. I remember there was a BMX track near my house and I always wanted to try it out – but it was a different time then and to do BMXing you needed to have quite a lot of money for the bikes and equipment. So, I never really got the chance over there.

Anyway, fast forward to the 2012 London Olympics, I was 15 when I watched Mariana Pajón, the current double Olympic champion, win the second gold medal ever achieved by Colombia.

As I watched, I couldn’t believe that was BMX. I searched for BMX tracks near me, and to my surprise, thanks to the Olympic legacy, there were a few of them around south London. I dragged my mum to a club in Mitcham, where I used to hire the bike and equipment, and the rest is history.

My first bike was a Redline Flight Pro XLI got for Christmas in 2013 and I got my first MX helmet in Vauxhall Market. I have a lot of love for my first Colombian jersey and helmet. 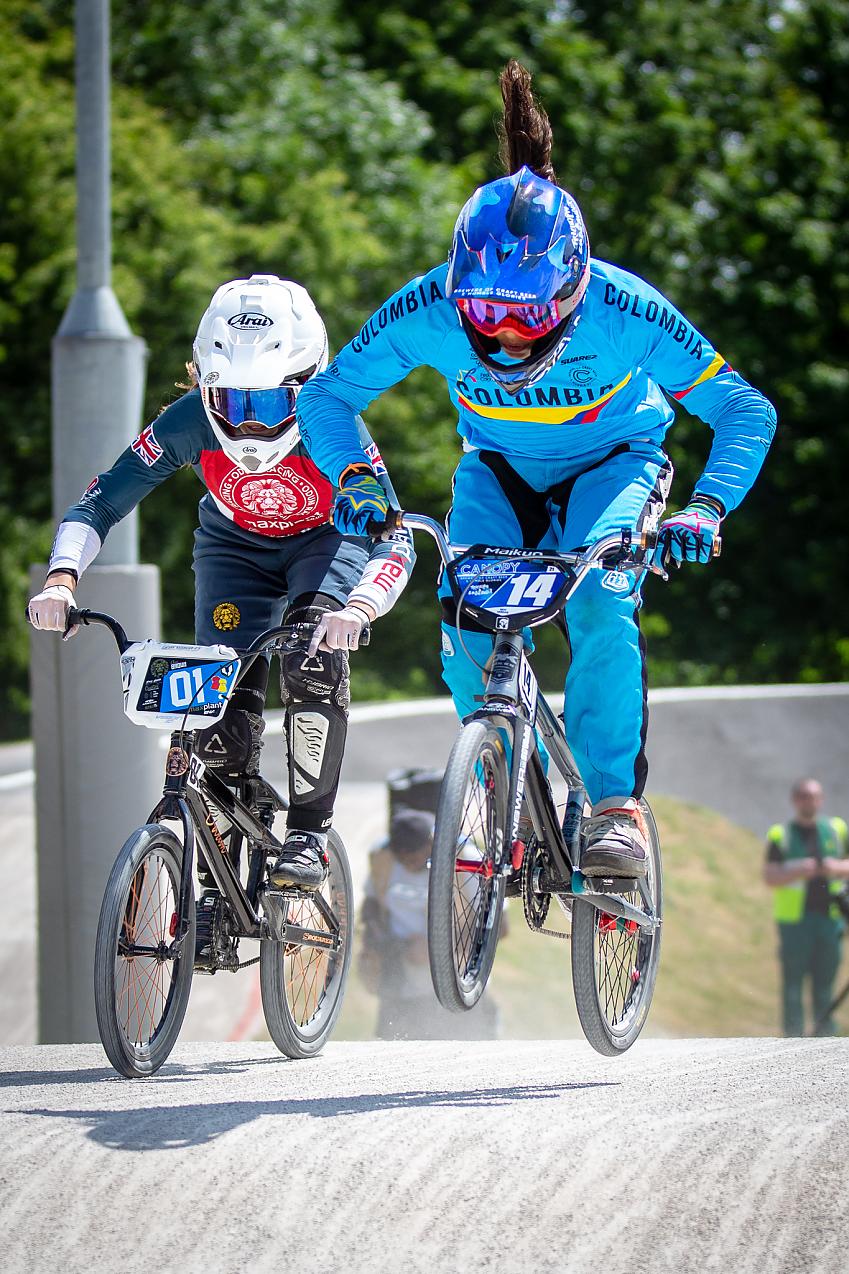 What is the racing scene like for British women at the moment? Is it still a growing sport with many opportunities since the glory days of Shanaze Reade?

I think since the glory days of Shanaze there has only been one female rider at the top that’s Bethany Shriver. A couple of years ago, Bethany (junior world champion the year before) started a GoFundMe page to be able to afford racing at the highest level due to the female section of the national team being completely cut off.

All the while the men’s team was extended and funding was given to other disciplines. I think that pretty much sums the British BMX scene for women. (Disclaimer: since that fiasco, Bethany was reintroduced to the team after winning a world cup in Belgium while going of her own accord).

This sport is still heavily male dominated and there are very few spaces for us girls to have the same opportunities to become top athletes. I think there’s also a massive lack of female presence and understanding in the coaching side too.

Some have even argued the reason why there’s an 8:1 male to female ratio in the GB team is because, given the same opportunities, females simply don’t thrive as men do. I think there’s a big elephant in the room that nobody wants to address or rather, prefer to ignore and keep away.

We need equity over equality until the systemic barrier has been removed.

Most top female riders quit BMXing or are ‘introduced’ to track cycling eventually, even after winning world and international titles. They simply don’t see a future in the sport and receive the most minimal support to keep going

What does it take to race BMX at a professional level?

A lot of determination, self-belief, and love for what you do.

Understanding you can make it happen yourself as long as you believe in what you are and what you have. You don’t need other people for validation or for permission to do what you do and to give it your absolute all.

Who do you look up to in the sport and why?

This is a really hard question. To be honest, the women inspiring me most at the moment are, funny enough, in the BMX freestylers/park and MTB scene.I’m loving seeing so many girls absolutely bossing it out there.

I don’t know if it’s just me arriving super late to this new wave of female riders, but when I see them sending massive jumps and clearing massive tricks, I just want to go out and try the same. There’s so much more of a female presence in those disciplines.

BMX racing wise, I will always admire Sarah Walker. I had the pleasure of having an open-hearted conversation with her at Manchester indoor last year where I was telling her how amazing it was seeing her still in the scene, especially after her massive injury (breaking both her arms).

I still remember the tears (from my side) and the understanding response and motivational talk she had with me about why I should carry on riding and why I hadn’t missed my chance because I started racing too late. I really hope I get to ride with her one day. That reminds me, I have to chase her over that promised New Zealand jersey.

What do you say to women you see on the sidelines, tentative about giving it a go for the first time?

It is BMX as a form of exercise which is open for all abilities and fitness levels, even if you haven’t cycled for a while or have just started cycling.They are social and friendly female-only sessions. All sessions will be at your own pace, with a lot of progression paths to keep it fun and safe.

You will find all sorts of women riding BMX for the first time and absolutely loving it! 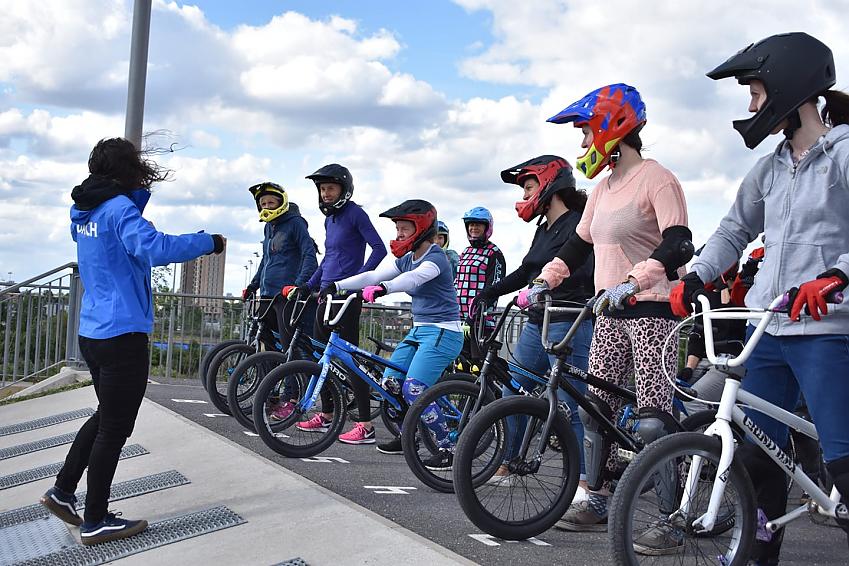 Trust me when I say you will see BMX in a whole new innovative way. Just give it a go – you won’t regret it!

Book a place to join BMXercise with Silvi.

How to M-check your bike and do a basic service on Wednesday 30 September 7:30pm

Annoying creaks? Wobbly bits? Making sure your bike is roadworthy is not just about comfort, it’s also important to keep you going while riding.

The better you look after your bike, the longer it will last, and the safer you will be.

Silvi is a BMX racer and coach. She runs BMX-ercise classes for women and has worked as a mechanic for Evans Cycles.

She has fixed everything on a bike and created fun and welcoming environments, so you will be in the best hands during this introductory class. In the class, she’ll hand knowledge over to you, so you’ll come away with all you need to carry out your own basic bike maintenance. In this class, you will follow along with Silvi as she gives a demonstration.

Every bike is different, so you can share your video screen and get live advice about your own bike as you work.