Cycling UK member Lionel Joseph and his wife Joyce hit the headlines last year when they revealed that, after a lifetime of cycling together, they were giving up their tandem due to inconsiderate drivers.

Joyce holds her hands up to show a tiny gap. “Motorists will pass you with this much to spare, which doesn’t accommodate a wobble or a hole in the road.” Nor the tandem’s greater length and more deliberate steering.

When they stopped, Lionel and Joyce had been riding tandems for the better part of eight decades.

It was our only means of transport, with petrol rationing and everything. We had the freedom of our bikes.

They bought their most recent, a British-built Dawes, from a cycle and pram shop in Dorking in 1986. Lionel reckons that it’s done around 20,000 miles, touring extensively across southern and south western England.

One of its last big outings was a 20-mile trip to Lionel and Joyce’s joint 90th birthday party. They had to be stopped from riding it home again… 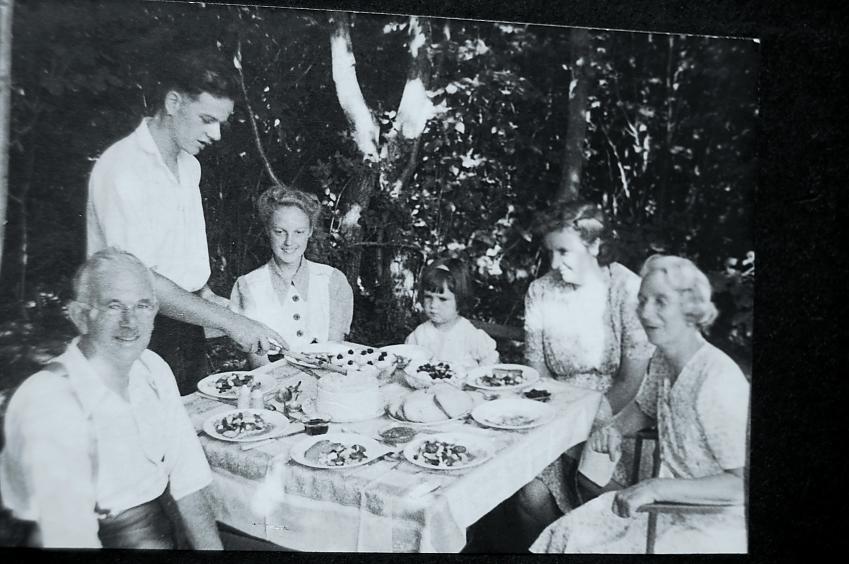 Their most memorable tandem ride, however, wasn’t on the Dawes but on Lionel’s brother’s BSA, during the war. “I was ‘taking the girlfriend home on appro’ shortly after D-Day operations,” Lionel says. “I was on leave from the Navy. I knew Joyce was off in the afternoon.

My parents were living in Walliswood near Dorking – in huts because our house at Ewell had been hit by a doodlebug. But my brother’s tandem and other stuff was still up there.

“I rode from Walliswood to Ewell, swapped to my brother’s tandem, rode it to Isleworth on my own, picked Joyce up at two o’clock, and we rode to a tea party at Walliswood. Afterwards, we rode back up to Isleworth, ensuring Joyce was at the hospital by 10pm on the dot. We made it with two minutes to spare! Seventy miles in an afternoon for Joyce, 140 for me.”

The couple had met while commuting into London. “Joyce was riding from Kingston to Holborn,” Lionel says. “She left school at 16 and was filling in time before starting nursing at 18. And I was a minor civil servant riding from Ewell up to the Bank every day. There weren’t many girls riding the King’s Road every day. As cyclists did then, we stopped and chatted.”

One day, at Tibbet’s Corner on the edge of Wimbledon Common, Lionel offered to take Joyce’s picture with his plate camera. They kept in touch during Lionel’s time in the Navy in the final years of the war.

Meanwhile, Joyce was pursuing her dream of nursing and became a midwife, a job which in those days put her cycling skills to excellent use. Given an area of 25 square miles to cover, between Leatherhead and New Malden, she easily clocked up 200 miles a week cycling between appointments.

Children of their own came along after they married in 1947: four sons, Martin, Graham, Michael and John, then two foster daughters, Lydia and Anne. They continued cycling, of course, initially with Watsonian sidecars.

Indeed, they’ve never stopped cycling since learning how in 1928 at the age of five. “It was a case of riding to school,” Lionel says simply.

Joyce adds that, later on, “It was our only means of transport, with petrol rationing and everything. We had the freedom of our bikes.”

They still do. The tandem may have been put away, but Lionel still continues to ride his bicycle when he can.

WHEELS: 700C, 14g stainless steel spokes, alloy rims. “Never any breakages until we ‘dropped it’ to avoid a riderless motorcycle hurtling towards us!”

STEERING AND SEATING: Brooks B17 for Lionel, B76 for Joyce.

No longer on a bicycle made for two... after 80 years View