Millicent Fawcett is part of Cycling UK's 100 Women in Cycling 2018 list to remember her a cycling suffragette, one hundred years on from the introduction of the Representation of the People Act, which first gave some women in the UK the parliamentary vote

In April 2018, a statue of Millicent Garrett Fawcett (1847-1929) by Gillian Wearing was erected in Parliament Square to recognise her contribution to the women’s suffrage movement. Fawcett is well known as an influential suffragist but did you know she was also a pioneering lady cyclist? 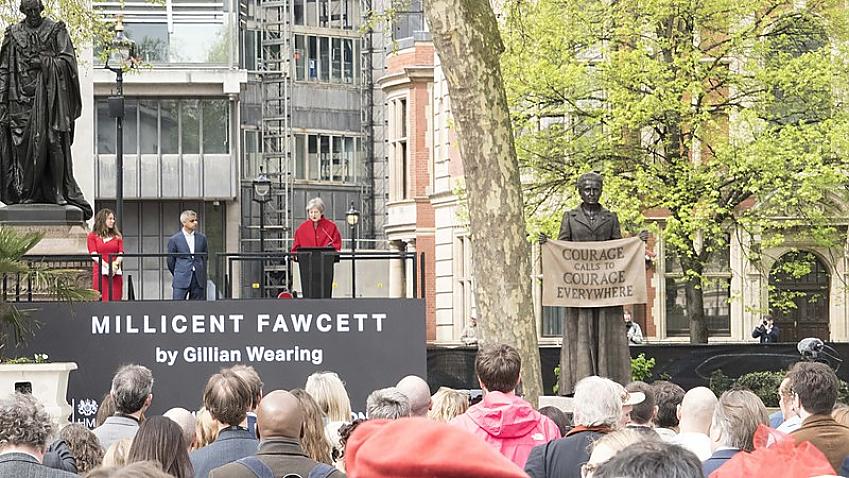 Facwett served as president of the National Union of Suffrage Societies (NUWSS) from its founding in 1897 until 1919. The NUWSS campaigned for women’s right to vote through peaceful means and parliamentary reform. Fawcett had been working towards this goal since at least 1866 when she helped organise the first female petition to Parliament demanding the vote for women.

During the cycling craze of the 1890s, Fawcett was one of the many progressive women who learned to ride. She didn’t, however, find it easy. In March 1896, she wrote to her mother that after three cycling lessons she was still “rather stupid at it.” Perseverance made her a confident cyclist, just as it later helped win the women’s franchise. Her daughter Philippa was also an avid rider.

As we celebrate the centenary of the 1918 Representation of the People Act, let’s also remember Fawcett as a cyclist.

In 1875, Fawcett co-founded Newnham College Cambridge as part of her commitment to opening higher education up to women. She would have been aghast when in 1897 male scholars protested a proposal to grant degrees to women by hanging an effigy of a lady cyclist over the market square.

Fawcett was appointed to the British Government commission into the living conditions in Second Boer War Camps in 1901. She may have cycled while conducting her investigation and was issued with several regional licences to ‘ride, drive, and bicycle’ in South Africa. 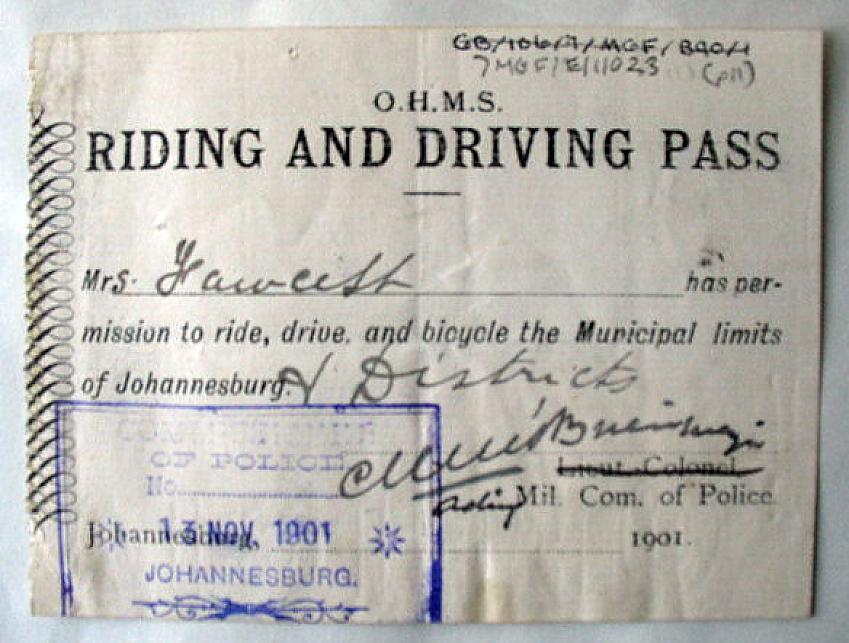 One of Fawcett's bicycle licences

Cycling had the potential to do good in the world. At the end of the craze, she suggested in Wheelwoman that women donate their unwanted bicycles to charities for working class girls.

As we celebrate the centenary of the 1918 Representation of the People Act, let’s also remember Fawcett as a cyclist. Next time you ride your bike through Parliament Square, stop and say thanks to Millicent Garrett Fawcett.