Your unwanted cycle can be donated to a local cycle recycling scheme for a new lease of life, like this old Kaptein Dutch-style bike waiting for a refurb at Gav’s Bikes

Wondering what to do with that rusty old bike in the shed? A cycle recycling scheme could be the answer. Cycling UK digital officer Rebecca Armstrong provides a comprehensive guide to these community-minded programmes

No one knows exactly how many cycles there are in the world. But according to Bicycle Guider it could be as many as 1 billion. In the list of top 10 for number of bikes per country, the UK is joint ninth with France on 20 million.

Sadly, it’s estimated that around 15 million cycles are discarded every year, according to got-junk.com. It’s harder to find stats for the UK, but research commissioned by Transport for London found that there is an estimated annual total of 27,500 potential discarded bicycles in London alone. Many of these bikes are just dumped and most end up in landfill. Cycles might be good for the environment, but disposing of them often isn’t.

Additionally, recent research commissioned by Bike Club, a kids’ bike monthly subscription service, found that 34% of British adults have at least one adult bicycle that is unused, while 15% have at least one child’s bike that’s no longer used.

A lot of these bikes could be put back into use with a quick service and then sold or given away. However, there are many more that will just rust away in sheds and garages. 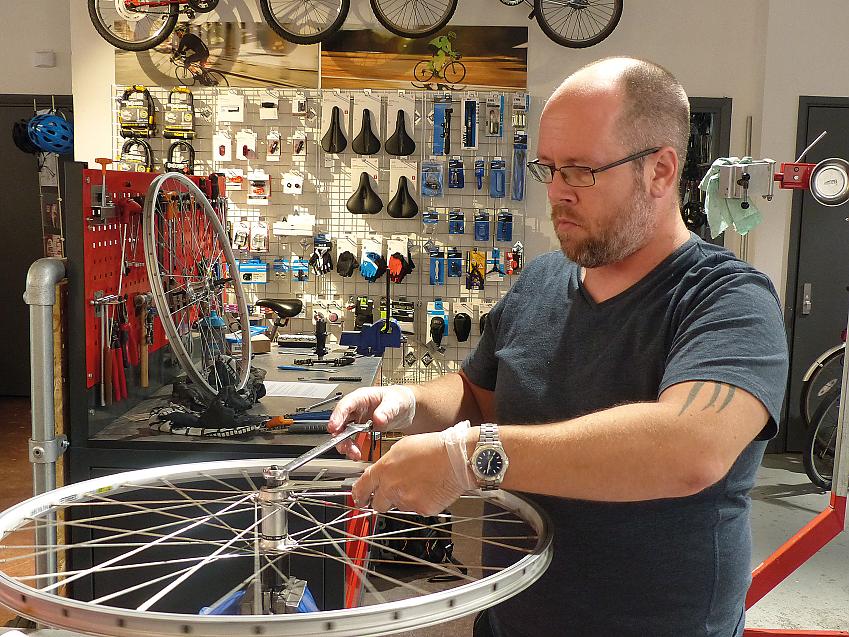 This is where recycling schemes come in. Broadly speaking, these schemes take donated cycles and repair them or strip them down for parts, saving them from rotting away in landfill. Usually run by social enterprises or charitable organisations, the refurbished bikes are then sold at highly discounted prices or given to deserving organisations or individuals.

This isn’t the same as buying or selling a second-hand bike. There’s a social element in that the local community benefits in some way. If you’re looking to get hold of a discounted second-hand cycle, check out our handy guide.

What are cycle recycling schemes?

The schemes can be found up and down the country and they take slightly different forms. They all take in unwanted cycles in the form of donations. These can be from individuals like you giving away unwanted cycles, council recycling centres, discarded bikes or recovered stolen bikes that the police can’t return to their owners.

Many schemes will take even the most dilapidated of cycles. These can be stripped down for spares, while Resurrection Bikes in Harrogate, North Yorkshire, makes craft products from worn-out bike parts that are so far gone they can’t be used for anything else.

The programmes include The Bike Project, which is based in London and Birmingham. This charitable organisation refurbishes unwanted cycles and donates them to asylum seekers and refugees. It also offers free cycling classes to refugee women. A selection of restored cycles is available to buy at discounted prices. This helps the charity continue its work.

Adam Froggatt set up The Bike Network in Plymouth, Devon, after recovering from Stage 3 bowel cancer. Having cycled to stay fit throughout his treatment, he understood how cycling can help cancer patients and he wanted to help support those affected by the disease and their families by offering free bikes.

The charity picks up donated bikes, which are then fixed up before being passed on to someone in need. It also sells donated cycle gear in its online store to help to fund the work.

When you have to go from charity to charity to feed yourself, a bike becomes very important to your life

Recipient of a bike from The Bike Project

Bikeworks is a volunteer-led social enterprise based in Glenrothes, Fife. It collects bikes donated by members of the public and unwanted bikes from Fife Council recycling centres, repairs them and gives them to disadvantaged families.

The organisation helps fund this charitable work by providing cycle servicing and selling selected cycles at discounted prices. Bikeworks is part of the Scotland Cycle Repair Scheme, which supplies free cycle repairs and maintenance work, up to the value of £50 per person.

But it’s not all charitable organisations. Gav Auty, of Ossett in West Yorkshire, launched a cycle recycling scheme when he was furloughed during the first UK lockdown. It started with just one bike which a neighbour was about to throw away. Gav repaired it and gave it to someone who couldn’t afford their own, and so Gav’s Bikes was born.

Now Gav takes in broken down bikes, fixes them up and donates them to those who otherwise can’t afford them. Since March 2020, he has given out more than 300 cycles to people across Yorkshire including Ukrainian refugees who fled their home country after the war with Russia broke out. He also sells a few of the models via his Facebook page to helps support local charities and projects.

Gav says he is now busy getting “bikes ready for those who need help with presents this Christmas. As well as continued fundraising for Gav’s Bikes Christmas Give Away”.

This is just a tiny selection of the many schemes around the country. See the sidebar for a list of the ones we’ve found, or take a look at our map for one close to you. If you know of any that we haven’t identified, feel free to let us know via Facebook or Twitter. 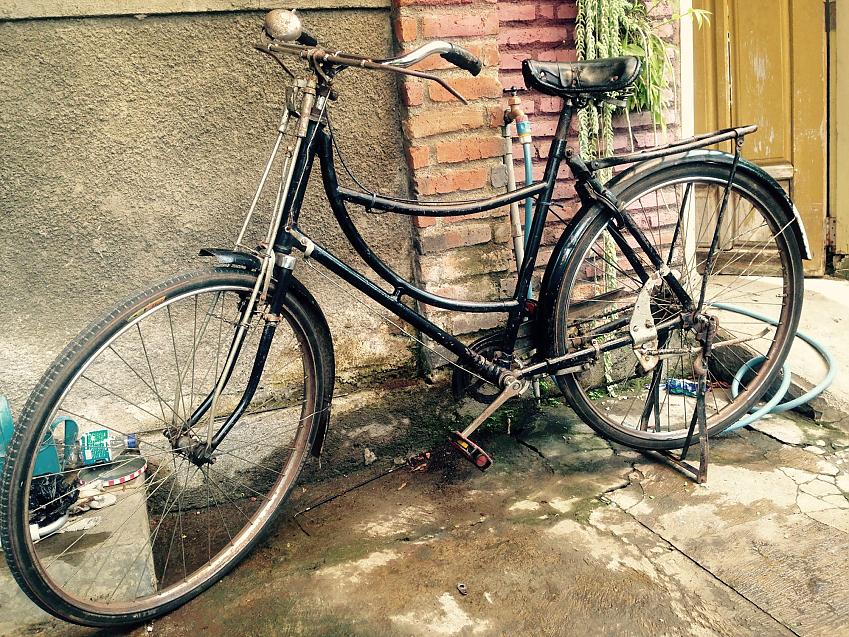 Even old, rusty cycles are useful – they can be stripped down for parts if they can’t be rescued. Photo: Dega, via Wikimedia Commons

These recycling schemes aren’t just about getting rid of that rusty old bike that’s taking up space in your shed (although they’re good for that too). They benefit local communities and people, as well as society as a whole.

Firstly, there’s the environmental aspect. Cycles are particularly hard to recycle in the usual sense. Plastic and rubber parts can’t be recycled. Metals such as steel or aluminium are easier, but carbon is notoriously hard to recycle and doesn’t biodegrade.

Repairing cycles or using them for replacement parts is much more environmentally friendly. It also gets more bikes out there being used, reducing car dependency.

Innovative prisons programmes encourage inmates to repair and recycle bikes. The prisoners are offered the chance to gain a City & Guilds certificate in cycle mechanics, giving them better employment opportunities on leaving prison.

Recycle Your Cycle has workshops at HMP Wandsworth, HMP Hewell, HMP Cardiff, HMP Nottingham, HMP and YOI Swinfen, HMP Stocken and HMP Liverpool. The bikes are sold in charities and at universities, with money raised supporting partner charities. More than £160,000 has so far been raised for charities across the UK since 2015. 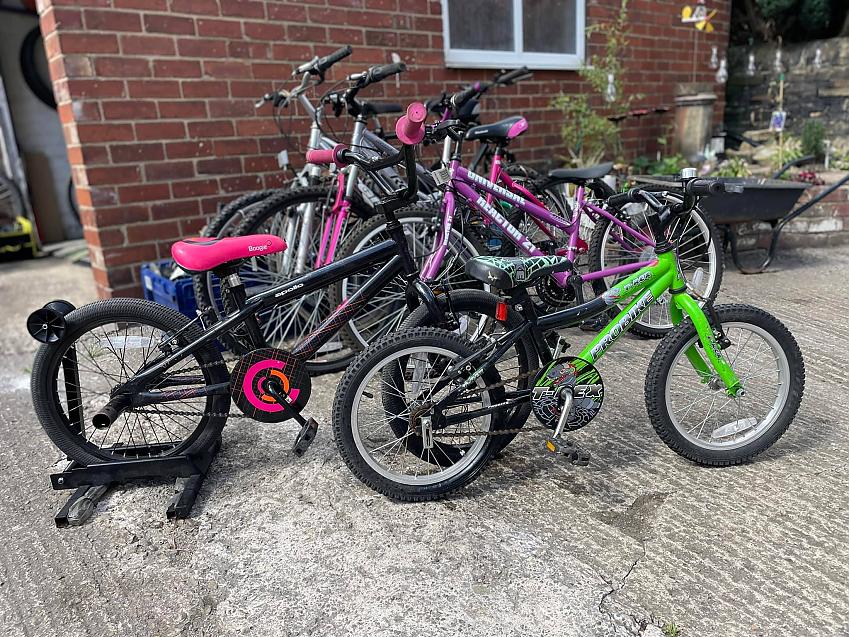 Bike Project, a scheme run by R-evolution, trains offenders, ex-offenders, individuals struggling with their mental health, and anyone finding it hard to attract work in cycle mechanics. The fixed-up bikes go on to make stock for the organisation's bike libraries (where people can borrow a bike for free), or are sold at accessible prices.

Students at Goldwyn School in Ashford, Kent, are being taught to fix cycles by community interest company ReCYCLE as part of the children’s education programme. The bikes are then sold to the local community at affordable prices.

Charities benefit too. Sue Ryder, for example, takes donations of unwanted cycles at selected shops. Working with HMP services, the Sue Ryder Bicycle Workshop offers prison inmates the chance to work on the bikes; the repaired cycles are sold through Sue Ryder shops to raise funds for the charity. At the end of the course, inmates are awarded a Cytech certificate.

Bikeability instructors Martyn Laxton and Adam Golding set up Ride On when they realised that more than half the primary school children they were teaching couldn’t afford their own cycles. Recyke y’Bike, with hubs in Newcastle and Chester-le-Street, is just of many schemes that donates the refurbished cycles to socially disadvantaged members of the community.

How you can get involved

The easiest way you can help is to dust off that old bike in the shed and take it to one of the many programmes around the country – if you can’t find a local scheme, try the council recycling centre. You could even gather up cycles from friends, family and neighbours and deliver them en mass – just check first that the scheme in question has the capacity to take them all.

But even if you don’t have a cycle to give away, you can still get involved. Most of these organisations are run by or rely on volunteers. Trained cycle mechanics particularly have the necessary skills, but anyone with spare time and enthusiasm can help.

And if you happen to live in or near Waltham Forest in east London, you could even learn to build your own bike using recycled parts. The Waltham Forest Bike Recycling programme strips down donated bikes for parts and a team of dedicated and knowledgeable volunteers led by Colin and Chris teaches attendees how to build a bike for their own use or to be sold on to members of the public; courses cost £65. 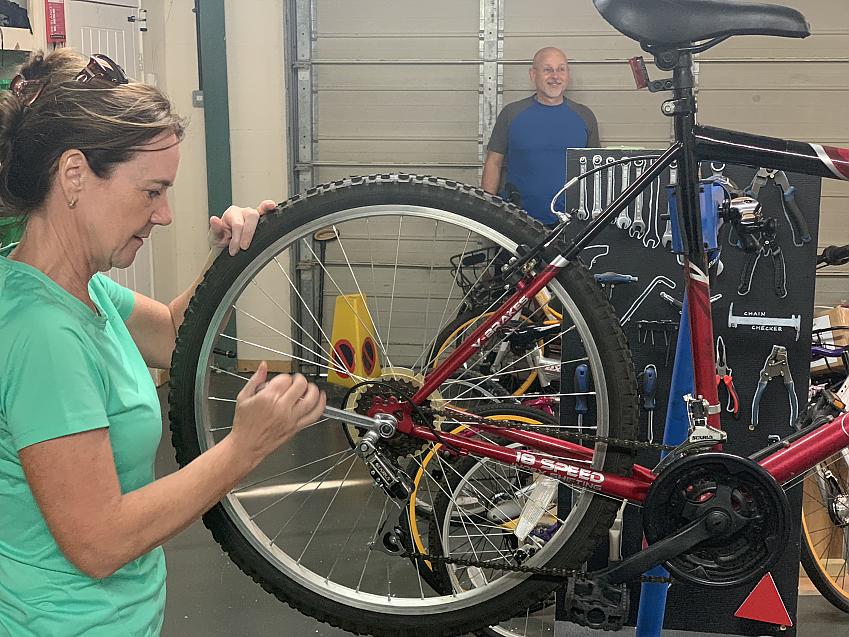 How to: Buy a second hand bike View