Cycling UK members Sue and Neil Taylor met through a cycling group in 1992 but it was soon clear Neil wasn't the only love of Sue's life.

Before online dating, people met in all sorts of ways, and for Cycling UK members that’s often in a cycling club.

“Almost all the single women I met when I first joined the Cambridge CTC in the early 90s are now married to other people in the Cambridge CTC group,” said Cycling UK member Sue Taylor. “And they’re all still together today.”

Sue met her future husband Neil when he joined the group in 1992 and she admits it was probably inevitable that she would end up with another cyclist.

“I knew I would have to marry a cyclist. It was and still is, such a large part of my life,” Sue explains. 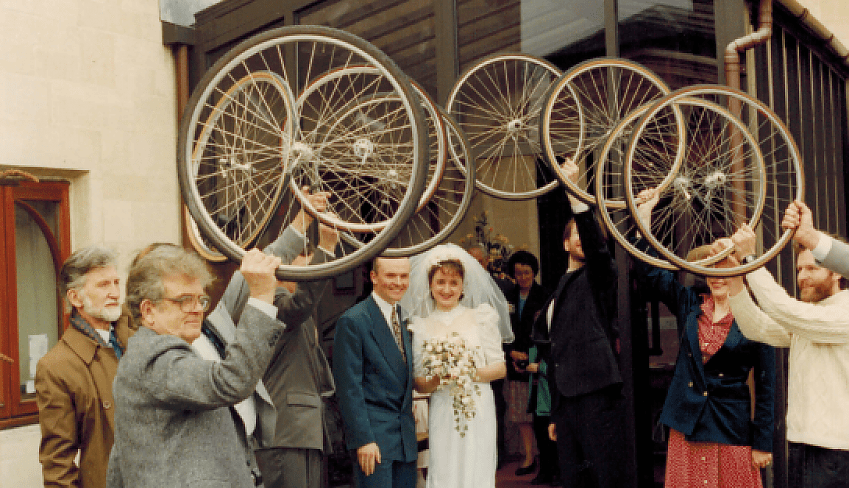 Around a year after they met, Sue and Neil went on their first cycle tour. They tackled the famous Land’s End to John o’ Groats.

“It was a lovely trip, I really enjoyed it. We saw so much of the country, the seasons changed as we travelled up the country.

“It was the first time I’d done such a long trip in the UK. Before that we’d only done shorter weekend trips. That was our first big adventure.” 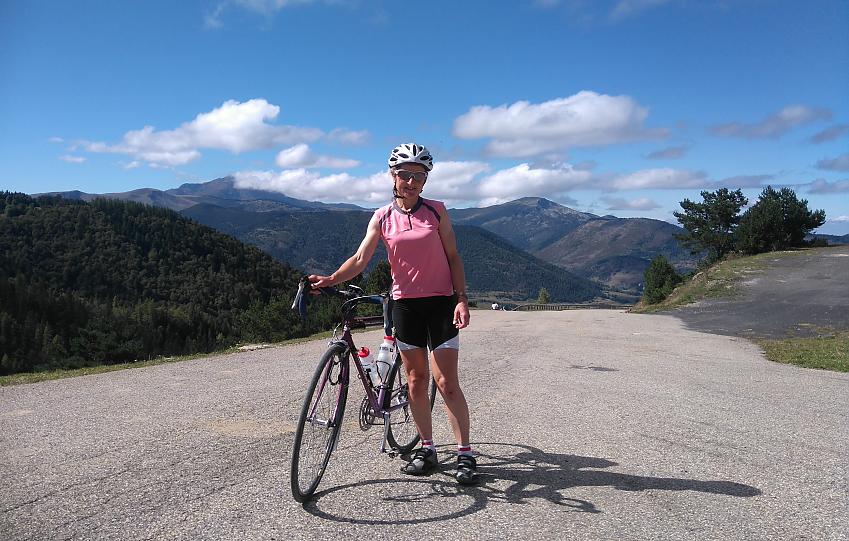 Sue cycle touring in the Pyrenees

After their two-week LEJOG, Sue was in love all over again and this time it was with cycle touring.

“We even went on a cycle tour for our honeymoon,” said Sue.

Since then, Sue and Neil have gone on cycle tours every year. And for ten years they led CTC Cycling Holidays, two per year, one in Scotland or the north of England and one in Europe.

“We got into leading cycle tours through another couple in our club. After going on so many wonderful tours we were interested in leading some ourselves.

“I very rarely cycle on my own, it’s much nicer in a group,” said Sue.

“Cycling is a really social activity; you learn so much from cycling with others. Not just about cycling but about different people, their jobs their lives.

“It’s so important for happiness and wellbeing, spending time with others, doing something positive and out in the fresh air.” 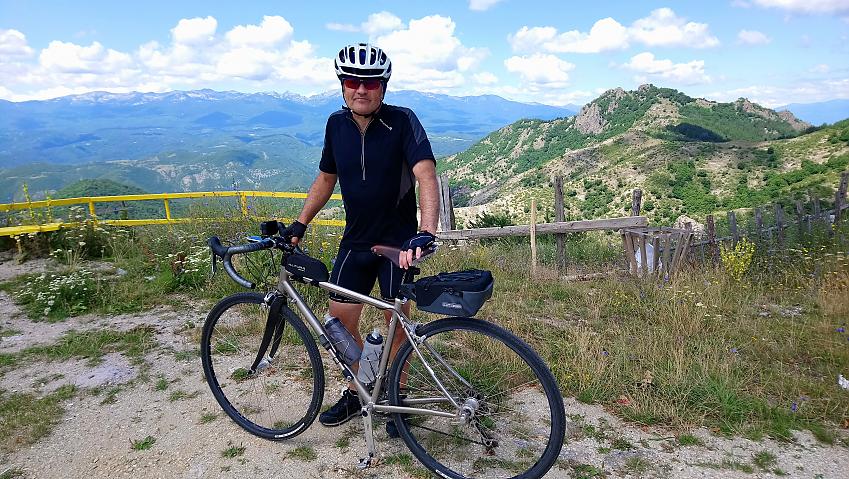 Neil in the Rhodope mountains of Bulgaria

Travelling at their own speeds

After nearly 26 years of marriage and countless incredible cycling adventures together Sue and Neil now enjoy different aspects of cycling.

Sue still loves to go long distances and never without hills and Neil likes a more leisurely ride with some off road thrown in.

“Being together doesn’t mean you always have to cycle together,” said Sue. “Many blokes go too fast or too far for their partners, in our case it’s the other way around!”

CTC cycling holidays offer a wide range of trips to suit a variety of tastes and abilities. Whether it be a short break in the UK, a two week tour in Europe or a once-in-a-lifetime experience in a far-flung Worldwide destination, let us take you there! Find your next adventure. 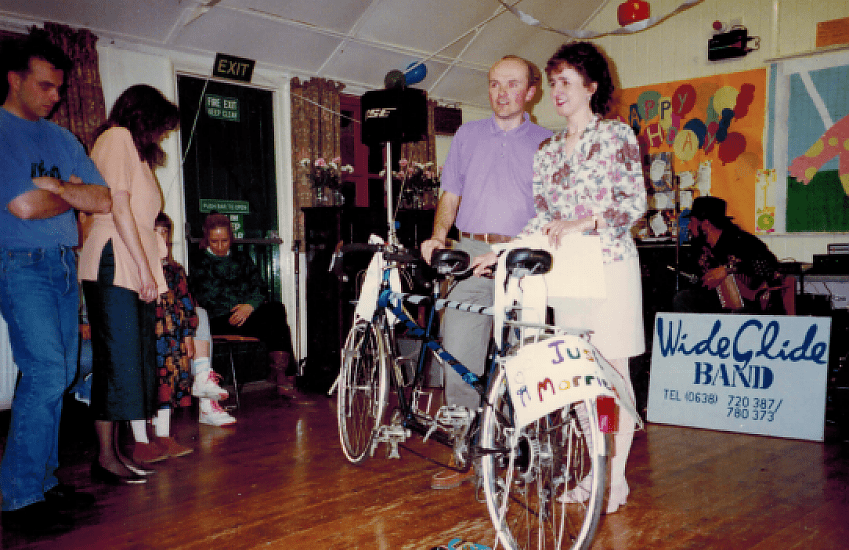 Sue and Neil with their tandem bike, a wedding present from Cambridge CTC

The couple’s wedding even reflected their love of cycling with members of the Cambridge CTC holding wheels aloft as they exited the church.

They were also presented with a Dawes Galaxy Tandem from members of the club at the wedding reception.