Falling head over wheels in love around the world

Falling head over wheels in love around the world

In 2016, Helen and Mike Langridge swiped right on Tinder, went on a cycling date and fell head over wheels for each other. They got on so well they decided to cycle round-the-world together and got married on their journey of a lifetime.

Cycling UK members, Helen and Mike had both recently emerged from long-term relationships. It was their mutual love for two wheeled adventures that initially united them and has since seen them ride the world together.

Helen admits “It was in Mike’s profile that he wanted to cycle the world, that really hooked me in.”

"I was intrigued, I’ve never done much travelling and had seen my friends going off exploring and thought, when is it my turn.”

One of Helen's first messages to Mike asked 'so when are we leaving?' and he wrote back and said 'Tuesday',  so a year later, on 4 April 2017 the pair set off on a 30,000km journey – symbolically on a Tuesday.

Helen admitted “it was a bit of a gamble, we were both suffering from depression at the time and were just getting to know each other but we knew it was the right thing to do. I had already completed a solo ride from Land’s End to John o' Groats and Mike had previously completed a solo cycle from Vancouver to San Francisco.

“We moved in together after just a few months as the contracts had ended on our housing lets and it made sense to save money for the trip as well as being a good test for us both. We started telling friends and family. They were sceptical at first but remained quietly supportive.”

Before they left, Mike proposed to Helen in the British Museum in front of the Rosetta Stone – Helen said yes!

Cycling round the world 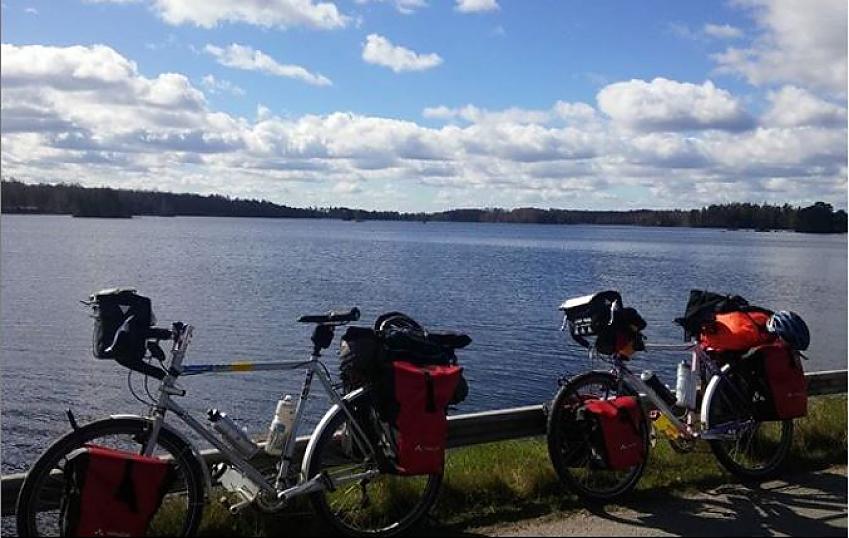 Parked up in Sweden

The pair started their epic journey from Glasgow and pedalled to Newcastle, their journey then took them through Europe, Asia, Australia, North America and back to Europe and finally home after 505 days on their bikes.

“It was a real test” Helen said. “Both of us learned so much about each other and about real compromise.”

“China was without a doubt our favourite place, friendly and welcoming to tourists.

"We were chased into a supermarket car park after someone’s wife had sent him to invite us in for dinner. This family paid for us to stay in a hotel for the night and took us out for dinner and to a karaoke bar. They would really want to welcome you into their home and community. Youngsters were wanting to practice their English with you, a young girl made a little flower – which I still have. We were really sad to leave.”

The journey however was not without its challenges. Cycling across Australia during the blistering summer was tough. Fraught by massive headwinds that never ceased and 800 miles without towns only petrol stations. There was often 160km between the petrol stations, so Helen and Mike ended up doing lots of wild camping.

Mike said “This also meant our packs were loaded up, we had 25 litres of water and two weeks’ worth of food. I could barely pick up my bike it was so heavy”.

It got so hot the tarmac on the ground burnt the rubber on the bike tyres. We had a three hour wait in 45-degree heat until a local drove by, picked us up and drove us to the next town to find replacements.”

“Helen also suffered badly with her knees during the trip and at one point she couldn’t go on riding, we needed to find the nearest town, so she could visit a physiotherapist.

“So, we hailed down a car to take her to the nearest town and she hobbled into the van with her bike and I was to meet her at the town as there wasn’t enough room for me in the van. As I cycled along I started to find objects from her pannier strewn across the road and I started to panic.

“I raced to the meeting point and she wasn’t there. Distressed, thinking she had been abducted I was running around the town trying to find an internet connection so I could contact her, as she had the only working mobile.

“The only one available in the town wasn’t working, so a woman who saw how concerned I was took me to her workplace to use theirs. I was able to reach Helen and luckily, she had just been dropped off in a different place.

“That was just the start of our adventures in Australia. We had many adventures and challenges along the way as well as Helen’s knee I suffered from hypothermia in the American Rockies and we almost had to have a think about how safe it was to continue.”

The pair got married in America in Yosemite, their parents and best friends flew out to join them. 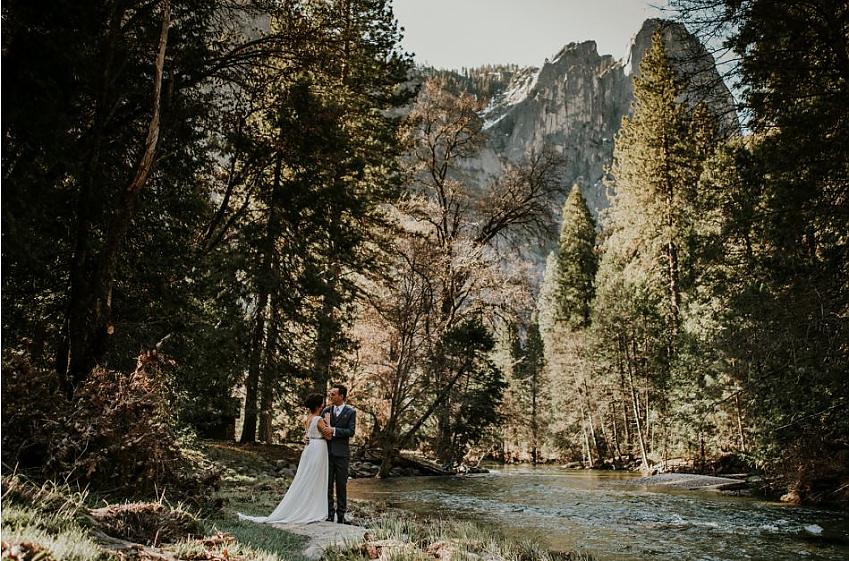 Since returning home the couple have both said how much their relationship has grown.

Mike said: “I got offered a job before we got back so have returned to working life straight away. It was hard to adjust at first as we’d only been with each other for the last year and a half. Being around other people for longer periods of time was a shock to the system.

"During our cycle round the world both our mental health has improved, being back to normality we’re just learning how to deal with the demands of everyday life.

“For couples looking to try this themselves, it’s about working out what you expect from the trip – whether it’s to cover distances at speed on your bike or to slow down and see things – you need to agree beforehand to avoid conflict.

Being able to communicate with each other, tell the other person completely honestly about how you feel is essential. We both learned how to do this on the trip and have carried it through into our everyday relationship – now we’re best friends and look forward to many more cycling adventures." 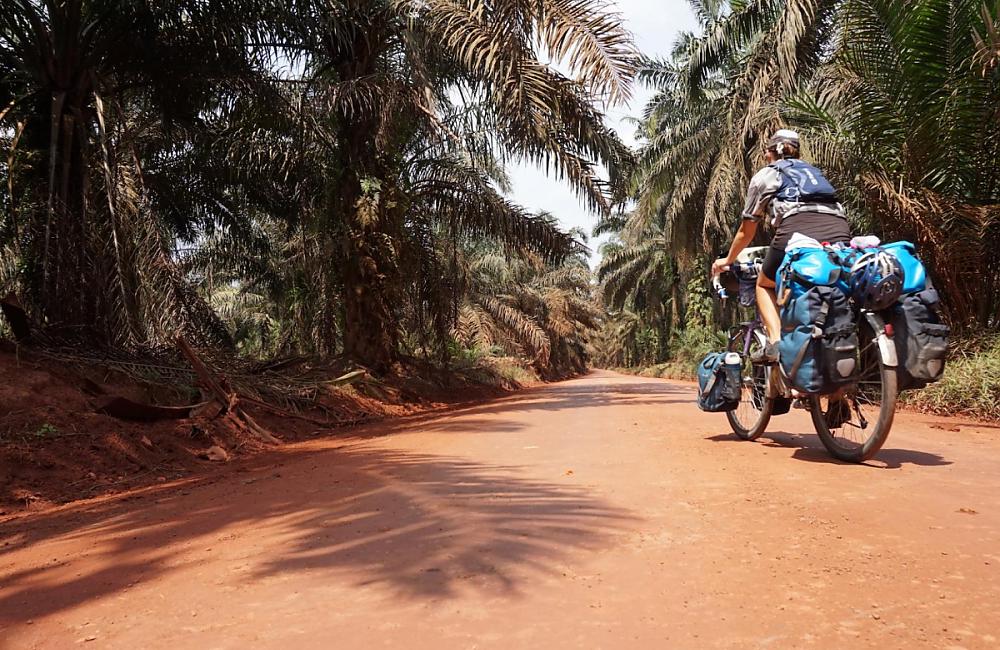 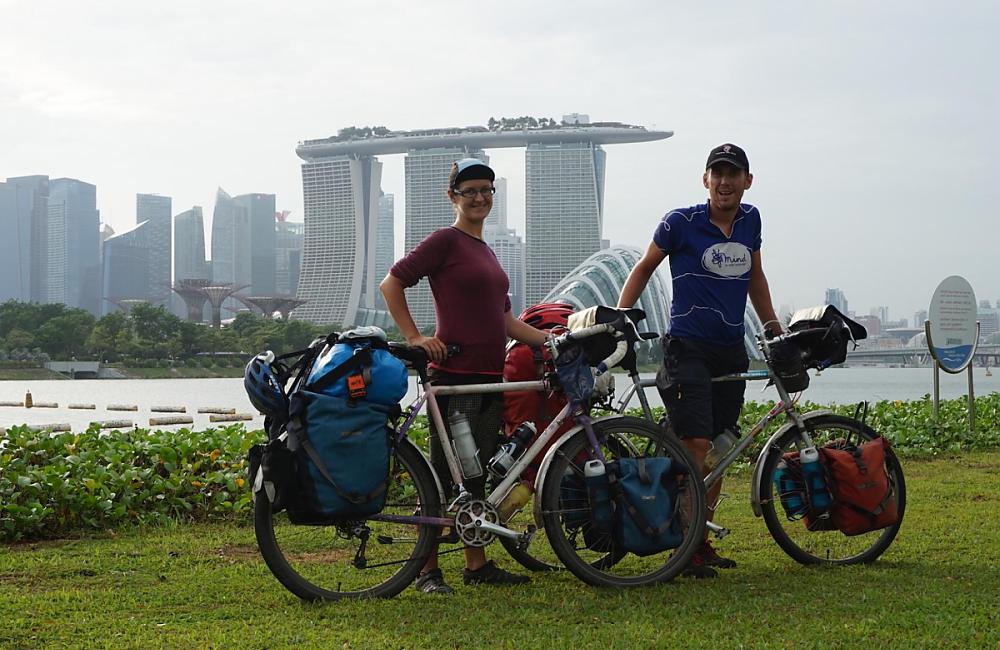 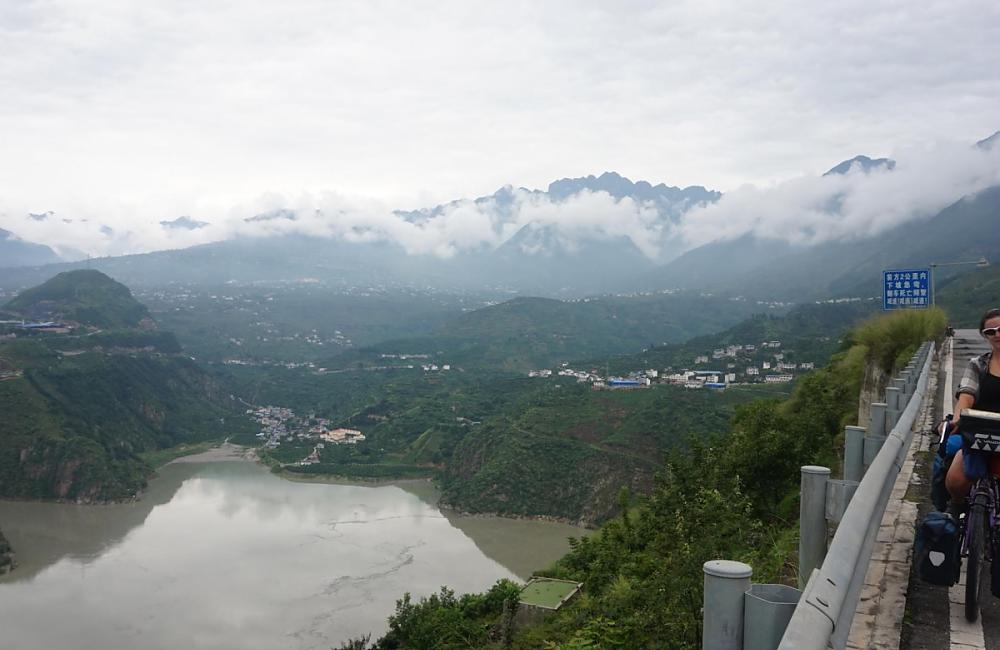