Jenny Graham at the Brandenburg Gate in Berlin

A 38-year-old woman from Inverness has broken the record for a female cycling around the world, knocking almost three weeks off the previous record of 144 days set by Italy’s Paola Gianotti in 2014.

Jenny Graham, who is part of the Adventure Syndicate, started her journey in Berlin on 16 June 2018.

She cycled 15 hours a day, sometimes riding at night when the roads were quieter. Jenny managed an average of 156 miles a day, keeping an average speed of 13mph for around 12 hours a day.

Jenny was met by a crowd of supporters at the Brandenburg Gate including her son, mum and sister.

I knew I wanted to do something solo to test my physical and mental ability. I am the fittest I have ever been, so I thought I’d train hard and give it a go – here I am back in Berlin, I can hardly believe it.

Jenny said: “I just set out to see how far I could go. The furthest I’ve cycled before was from Land’s End to John O’Groats, now I have cycled right around the world. It’s sometimes been tough, but I thrive on challenges on the road and of course it has also been so amazing!”

“I knew I wanted to do something solo to test my physical and mental ability. I am the fittest I have ever been, so I thought I’d train hard and give it a go – here I am back in Berlin, I can hardly believe it.”

Jenny’s whole journey was tracked by GPS, with thousands of fans checking the live stream to see how far she had travelled.

To make the record official, Guinness World Records will need to ratify the data. If her record is confirmed, both the male and female round the world cycling records will be held by Scots.

The fastest circumnavigation by bicycle (male) record is held by Cycling UK member Mark Beaumont. It took him 78 days with a full support team in 2017.

Mark said: “Just phenomenal riding and all the way with a smile, with a cheer, with a sense of humility and the excitement of the unknown around the corner. Hopefully we'll have two Scots holding the circumnavigation in world records by bicycle - brilliant!”

Cycling UK has been inspiring people to explore the world by bike for 140 years.

The charity’s Chief Executive Paul Tuohy said “Jenny is following in a great tradition of Brits who have set off by bike and had an amazing adventure. Jenny’s record-breaking trip shows that you don’t need to be a professional athlete to turn a love of cycling into an inspirational journey – she has certainly encouraged others to see they are so much more capable than they think they are.” 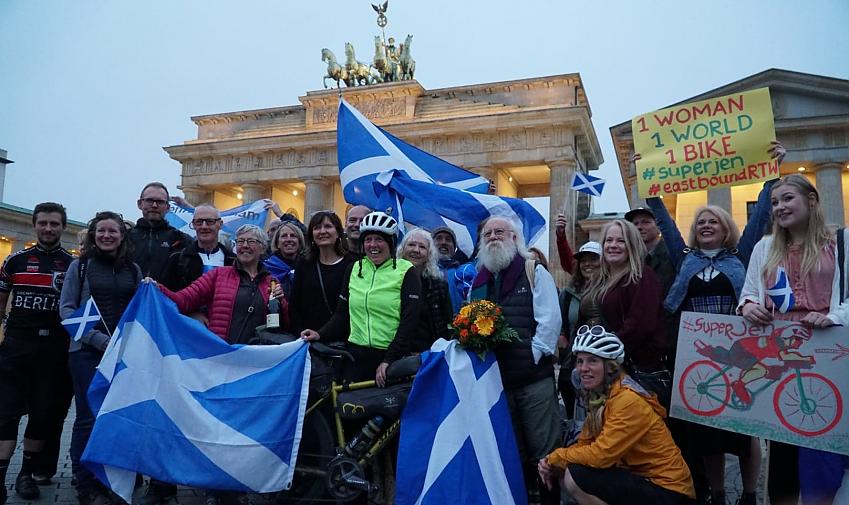 Jenny Graham finishing at the Brandenburg Gate in Berlin 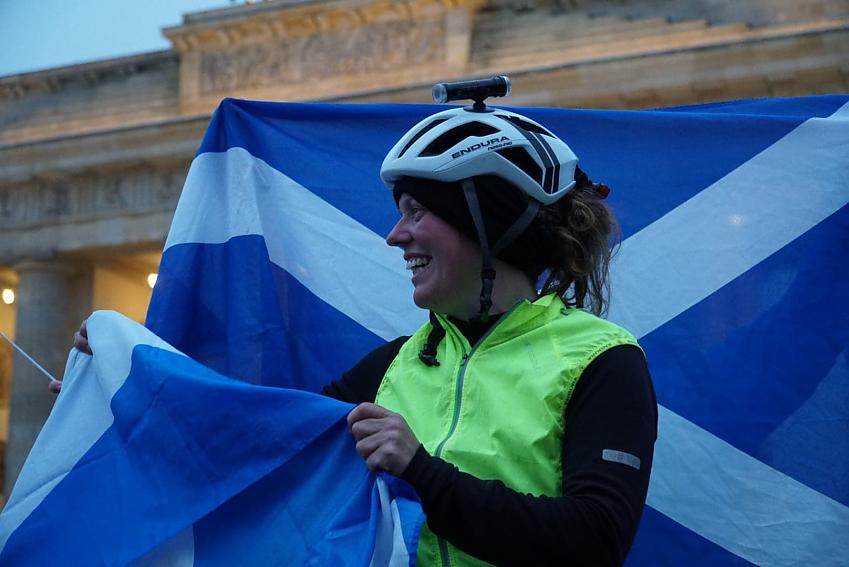 How does it feel to smash a cycling world record? View

After 9,000 miles of cycling, Jenny Graham is half way round the world! View

Jenny Graham rides to Mongolia in a month! View

Jenny Graham View
Cycling UK continues to support the UK to cycle
This remains true during this difficult period with the ongoing threat of coronavirus Covid-19
Read our latest advice on cycling
Join Cycling UK to help us change lives and communities through cycling
Membership gives you peace of mind insurance, discounts in cycle shops, rides & routes
Join now