10 cycling superfoods to give you energy

10 cycling superfoods to give you energy

In their quest for the ultimate performance nutrition, cyclists and sports scientists will turn their tastebuds to anything from a cousin of cannabis to the afterburn effects of a curry. With help from our friends at BikeRadar, we take a look at the secret superfoods you should be eating – and why 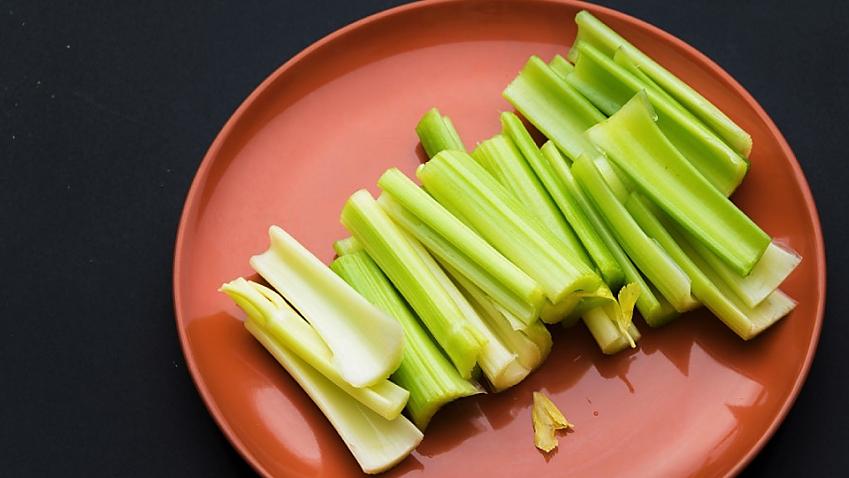 “Celery contains a whole lot of inorganic nitrate,” explains Andy Jones, performance nutritionist at the University of Exeter. In our bodies, this nitrate is converted into nitric oxide (NO), a molecule involved in the regulation of several biological processes.

For a cyclist, chomping on a few sticks of celery in the hours before a race can have positive effects. Its high nitrate levels (250mg per 100g) put it in the same league as the much vaunted beetroot – but with none of the sour taste or red urine side effects.

“During exercise, the ability to produce NO appears to be linked to increased blood and oxygen delivery to muscles – as well as more efficient muscle contraction,” says Jones. “In combination, these effects can lead to improved performance.”

In one of Jones’s studies, higher nitrate intake was linked to an increase in power output of 5% during a 4km time trial.

As a key part of a tuna salad with fat-free mayonnaise, or blended into a drink with beetroot, carrot, cucumber, ginger and pineapple juice then strained through muslin to remove the pulp. 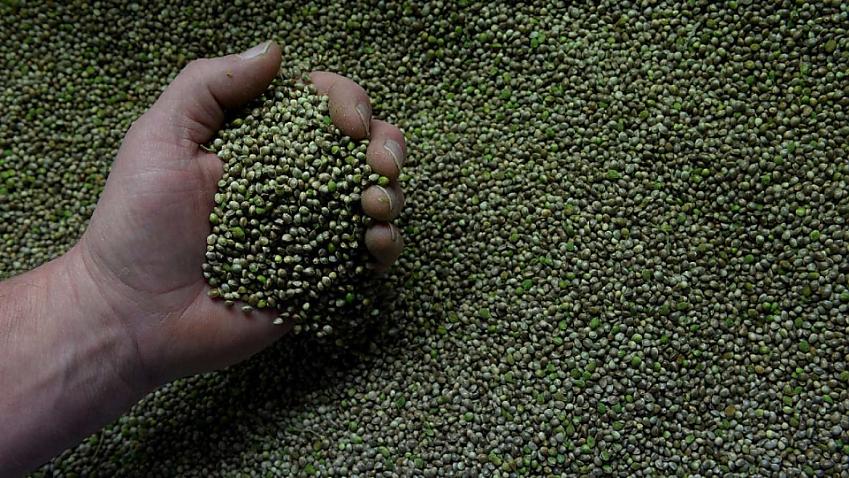 Commune dwellers have long been espousing the ability of hemp seeds (cannabis sativa) to shift oneself to another place – but for cycling purposes it’s their ability to help transfer oxygen that makes it a must-have food. They’re rich in iron and magnesium – essential for oxygen transportation and muscle contractions.

“Because of its derivation, some people may avoid these – in one prison where they were used as part of a healthy nutrition kick they had an ‘interesting’ effect on the random drug tests taking place there,” explains Nigel Mitchell, head of nutrition at Team Sky and advisor to CNP Sports Nutrition.

“But the dosage won’t be an issue for amateur riders – and like so many seeds, these come with a lot more than meets the eye.”

Hemp is also high – for want of a better term – in protein. A 1oz portion of seeds provides 11g of protein.

It’s not that wishy-washy incomplete protein you find in plant sources either – these little pips feature all 20 amino acids required by the body and a high ratio of essential fatty acids. The 3:1 ratio of omega-6/omega-3 fatty acids is, according to a 2004 study, Hempseed as a nutritional resource, “the ideal blend for the body”.

Blend the seeds into a hemp ‘milk’ to have with a post-ride shake or smoothie – alternatively, sprinkle them over salads or into a stir fry. 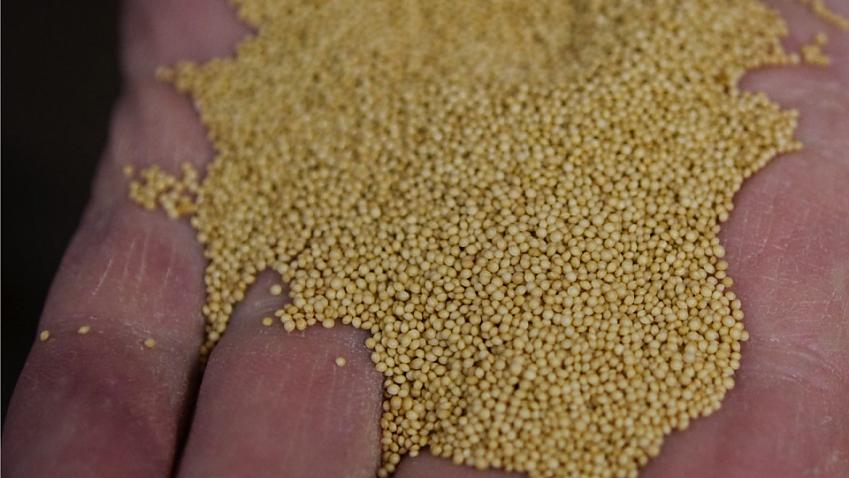 Gluten-free isn’t really a dietary choice for those who can’t tolerate the gliadin and glutenin proteins found in wheat, barley and rye, but for a number of cycling teams, including Garmin-Sharp, a switch to gluten-free diets in the race season is done to aid energy transfer and digestion.

Amaranth isn’t new on the food scene, it’s been a Central and South American staple since the Incas. It contains more protein (16g per 100g) than quinoa and no gluten means no bloating and speedier recovery for riders who eat it – a point backed up by findings in the Journal of Agricultural and Food Chemistry.

4. Maple Syrup: Sweets for my saddle 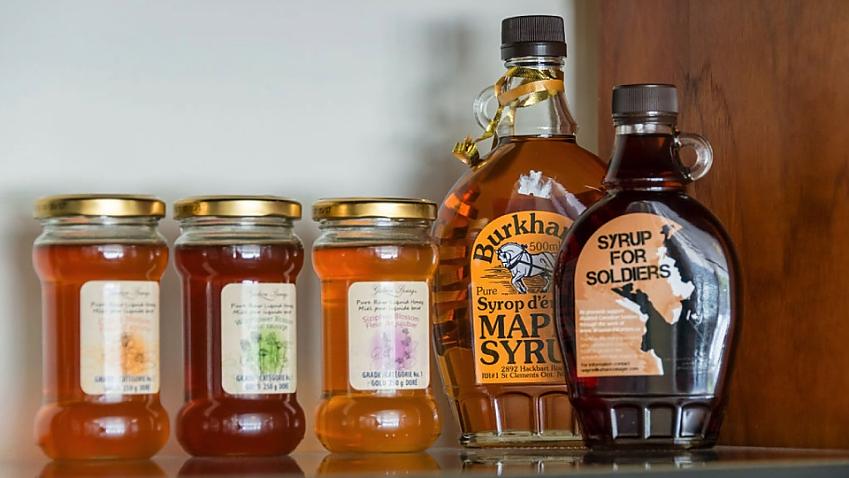 The super-fuel capabilities of America’s favourite dessert drizzle are now being tapped into – as UnTapped, a maple syrup energy gel created by pro cyclist Ted King. Among its nutritional plus points is a series of minerals and electrolytes, including sodium, said to maintain blood fluid levels during exercise, and potassium which prevents muscle cramping.

A 2011 study from the University of Rhode Island highlights maple syrup’s anti-inflammatory properties – on a par with those found in berries, tea, red wine and flax seed.

“It’s a simple sugar,” says Mitchell, though maple sugars burn slowly so lack the glucose spike you get with some gels.

Stir into porridge or work into a pre-race energy meal (and take as a gel once it’s available in the UK). 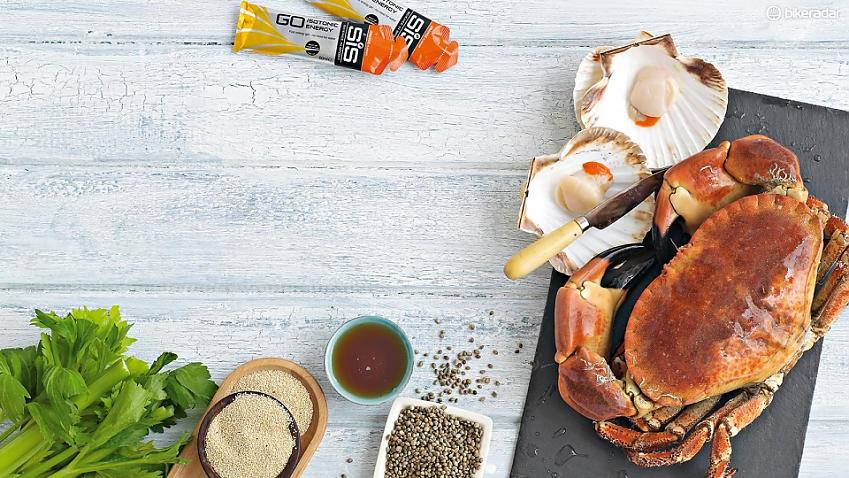 “Crab meat is great for lean muscle mass but is also full of minerals and omega-3 fatty acids.” It’s a great source of the long-chain omega 3s EPA and DHA. These have strong anti-inflammatory properties, while the high protein content speeds up body tissue repair and helps keep your weight in check as it satiates hunger.

Scallops – essential ‘fatty fish’ food – pack around 15g of protein in a 100g serving while containing less than 1g of fat.

Both of these shellfish are also rich in immunity-boosting minerals such as copper, zinc and selenium.

Season your scallops with salt, pepper and oil, then sear in a very hot pan for around a minute each side. 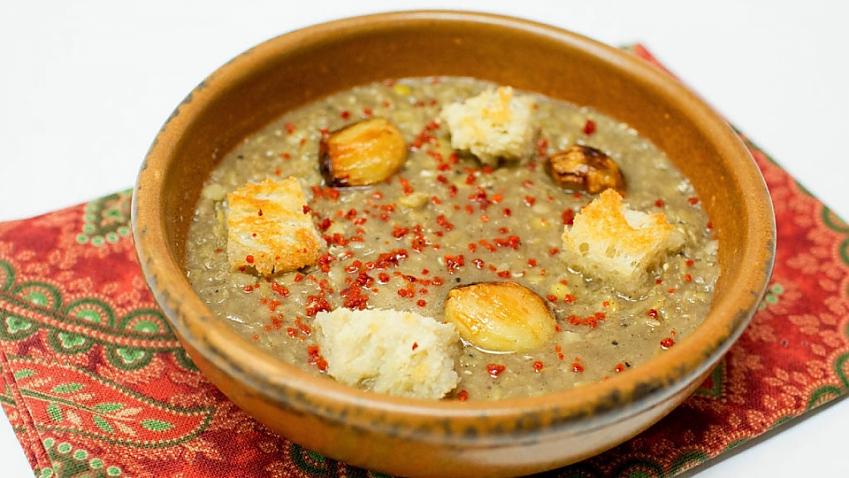 When University of Sydney researchers compared four types of pre-race fuel – baked potatoes, glucose syrup sports drinks, boiled lentils and just water – they found that cyclists riding to exhaustion averaged 117 minutes with the lentils, but only 108 minutes when they took the sports drink, and just 97 minutes after the potatoes.

Blood glucose levels were also about 20% higher in the lentil eaters after 90 minutes when compared with the sports drink group – suggesting the legumes really do boost endurance performance.

Both these hippy snacks are a natural and hearty source of protein, fibre, a variety of minerals, some antioxidants and, in an ample amount, form a healthy wad of slow-burning carbs.

Lentils work well in place of pasta as a gluten-free substitute, while mung beans form a great anti-inflammatory base for stews. For a quick protein punch add cooked lentils to a morning omelette.

7. Flat Coke: Instant kick in a can 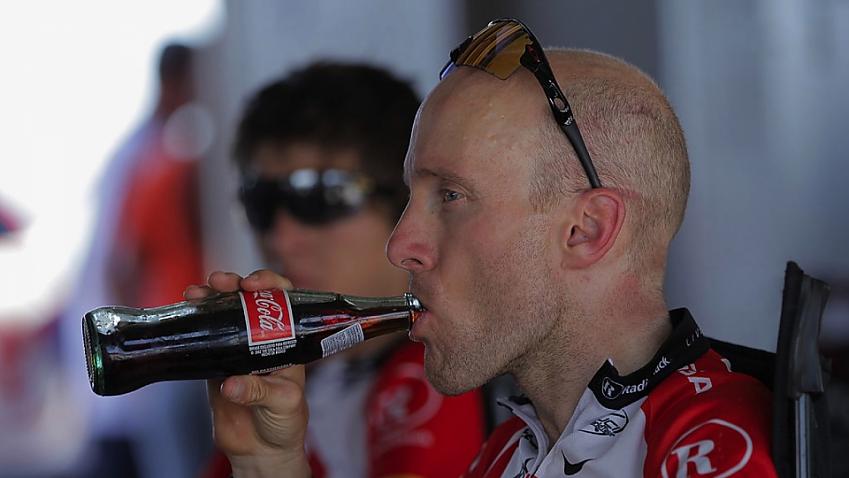 Although Coke no longer packs a portion of cocaine, its caffeine content does act as an ergogenic aid. “It’s a popular drink for a lot of riders of all standards,” says Mitchell. “It’s a caffeine and sugar mix that works well, although the pH levels can be high if it’s fizzy and lead to bloating.”

The caffeine within cola triggers the release of two hormones – epinephrine and norepinephrine – that help raise blood sugar levels and fuel muscle contractions. There’s also around 11% carbohydrate content in a can – slightly higher than optimum in a sports drink – which researchers at the Washington University School of Medicine suggest may provide what you need for that final flourish.

They measured the results of eight experienced cyclists during two-hour rides and found that by drinking a carbonated carb drink – Coke in all but name – power outputs during the last 15 minutes of the ride rose by 8% on average.

Mix two parts Coke with one part water. This solution is best suited to feed into the system without too much gassiness and boost performance (note: this is ‘fat’ Coke – not the sugar-free diet version). 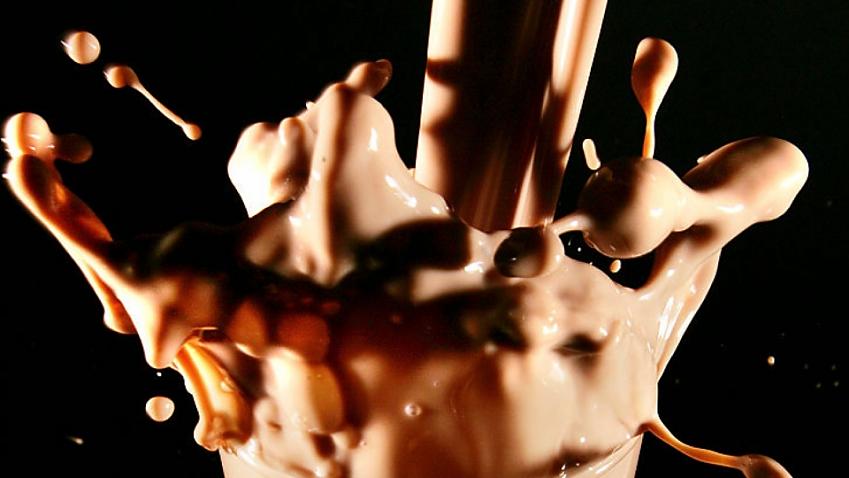 Chocolate milk has two of the essentials for a great nutrition supplement, says Mitchell: a taste that makes you want to drink more, and a natural source of easily digestible muscle food.

Research by Indiana University broke new ground – almost by accident – when it highlighted the recuperative powers of chocolate milk when used as part of a ‘Pep-up Challenge’ against other recovery drinks.

Endurance cyclists who drank it between different servings of purpose-brewed sports drinks were found to perform much better than the riders who didn’t. It’s all down to an almost magical formula of 3:1 carbohydrate-to-protein ratio and great taste – one that the makers of sports drinks have failed to replicate.

“We’ve looked to adapt this simple but effective mix with the CNP products,” says Mitchell. “Chocolate milk speeds up glycogen replenishment and delivers key nutrients – potassium, calcium and vitamin D – along with fast-absorbing whey protein and the drip-feed muscle-fuel casein.”

Get your optimum carbohydrate and protein ratio in the first two hours after riding – that’s when you have a heightened blood flow to the muscles and the greatest capacity for muscle glycogen replacement. 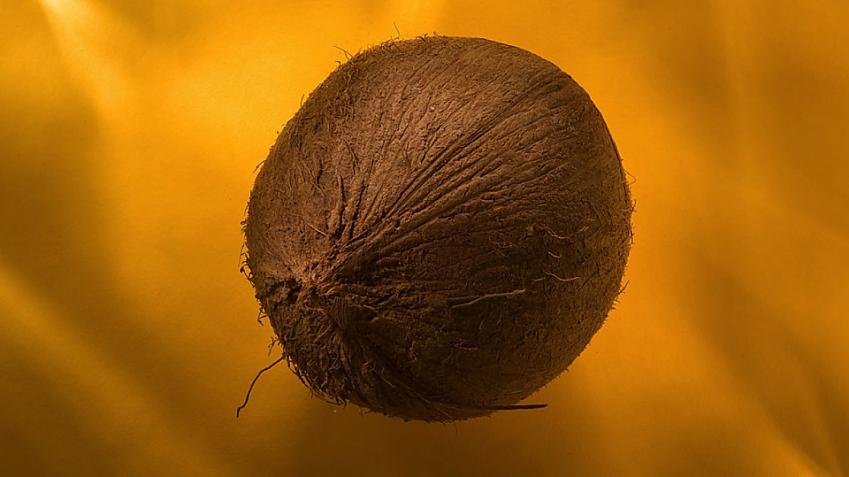 You know all that advice you hear about running a mile from saturated fats? Well, don’t. Instead, get familiar with one particular sat fat: coconut oil. The fat found in the oil that comes from the flesh of mature coconuts has a range of performance-boosting benefits.

“It’s the medium-chain triglycerides [MCT] in the coconut oil that digest quickly and convert to ketones to form an immediate source of energy,” says Lawson.

MCT intake has also been shown to help reduce blood lactate levels and perceived exertion rates among cyclists, as well as increasing the oxidation of fat. Coconut specifically is also calorie dense, making it a fast-acting source of energy, and also contains micronutrients including zinc, vitamin C and electrolytes.

Take chunks of coconut on rides for an instant source of energy, but avoid drizzling the oil over your salads because it’s highly calorific. For cooking, use the cold-pressed virgin coconut oil for your curries and stir-fry dishes. 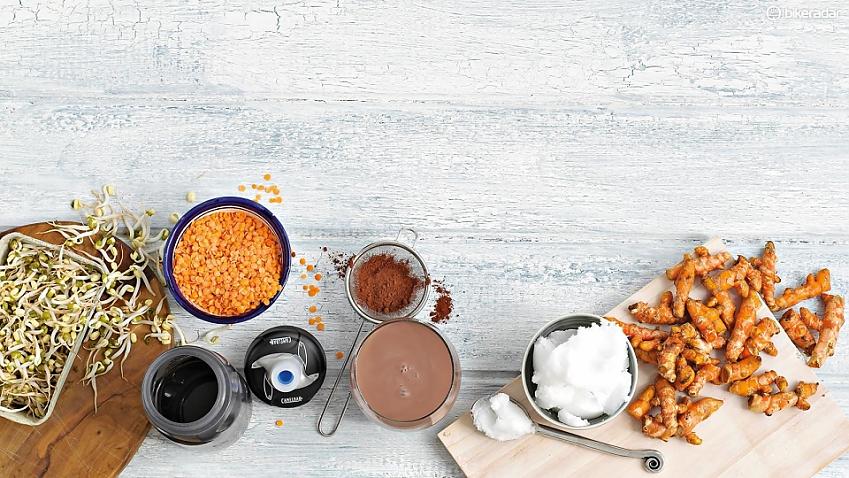 Most curries feature the spice turmeric. On its own it’s the yellowy powder with an earthy taste and mustardy smell. The main active ingredient in turmeric is curcumin.

“That’s the stuff which enhances muscle repair,” says Kimberley Taylor, a clinical nutritionist working with cyclists and endurance athletes. “It’s a very powerful anti-inflammatory and antioxidant, as well as being great for the liver – all of which is important in muscle recovery after exercise.”

In a series of studies published in the American Journal of Physiology, the effects of the compound on muscle tissue were rapid – one piece of research from the University of South Carolina found that curcumin reduced muscle inflammation by more than 20% within 24 hours of an endurance ride.

Spicing up that curry is one way. “The best source of turmeric/curcumin is Mediherb – a brand available in the UK but only from medical herbalists,” says Taylor. “Organic curcumin is much better for recovery purposes when added to curries.”

This article was originally published in Cycling Plus magazine and BikeRadar.

How to: Fuel your ride View