Ashiana opens its doors for the Big Bike Revival

Qasim on his fixed bike in the Ashiana garden
By Victoria Heywood
Friday, 27 July 2018

Ashiana opens its doors for the Big Bike Revival

On Wednesday, the Ashiana Community Project opened its doors for a day of dancing, food and family time in the gardens. Cycling UK's Victoria Heywood went to see how the Big Bike Revival is making a difference in Birmingham

Qasim Muhammad arrived at the Ashiana Community Project Open Day on Wednesday looking rather forlorn, and little wonder. He was wheeling, not riding his beloved bike; one wheel was entirely detached, the tyre itself taped up on the inside. This homemade repair hadn’t lasted, but that’s what the Big Bike Revival is all about – lending a helping hand.

Once a new tyre was located, Qasim’s bike was left in the capable hands of Shaun Jones and Stewart Boyle of Gear Up. Shaun and Stewart were only too happy to explain what they were doing to the many children who passed by the stall throughout the day, and they never had a quiet moment. Quite an ask on a day of 30+ degrees! 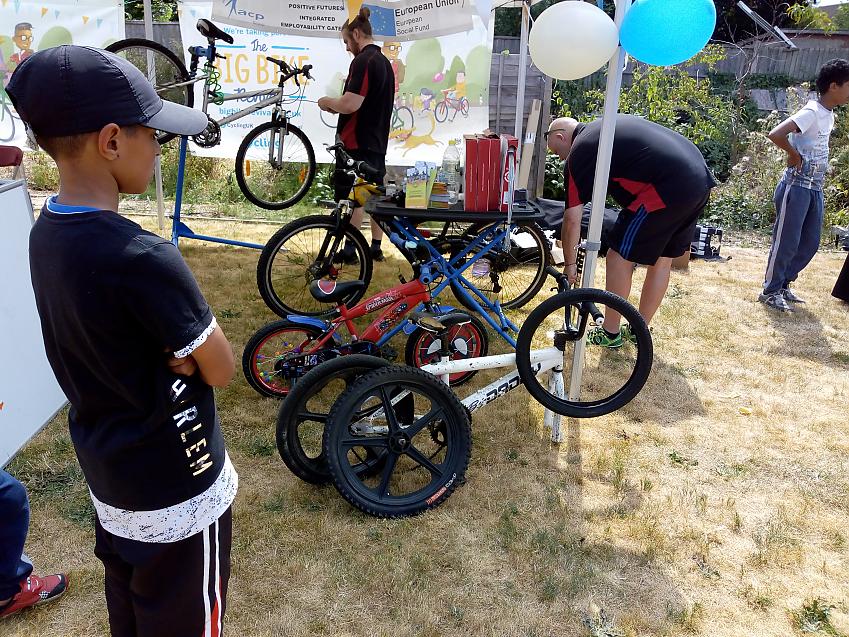 Qasim waits for the Gear Up team to work their magic

Qasim was soon riding around the huge Ashiana garden grinning, his mother Savar warning him not to overinflate his tyres ever again.

Ashiana Community Project is also the home of Ashiana Community Cycle Club, which since January 2017 has fostered a safe and welcoming space for local people, particularly women, to come and ride a bike. Many of them have never before had the chance.

In this community women can be very isolated... It wasn’t easy for me to engage with women initially to do cycling and learn to ride

Club Secretary Tracy Pater explains, “We have a lot of women who are really interested and its growing.

“In this community women can be very isolated; it’s quite diverse, but a lot of them are very isolated. It wasn’t easy for me to engage with women initially to do cycling and learn to ride. They would ask whether they could do it in a closed pitch where nobody sees.

“But now, so far we are doing it in the park and nobody cares. So that’s really good, you can see how it progresses. Even then it’s a struggle because sometimes they can’t because of their kids, and they are often housewives, worrying about their fathers or their grandparents. We need to step back a bit, wait for them and then they come back.

“But it is going very well. We now have long rides too, which is a surprise!”

The cycling sessions can even be a link to getting these women involved with other aspects of the community centre, such as engaging them in maths and English classes and helping them improve their language skills. 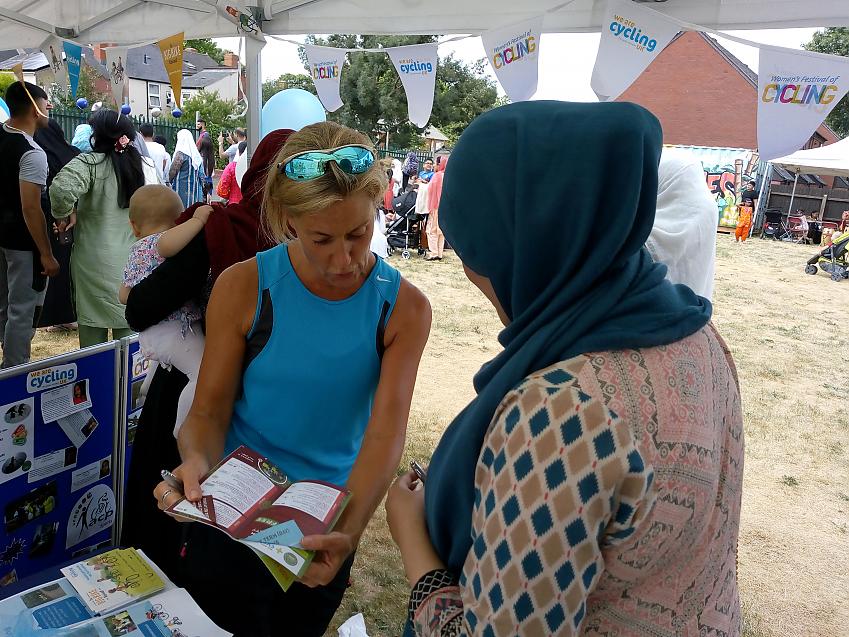 Tracy is especially passionate about engaging with people who are carers, a role which often still falls to the women in the household.

She explains, “As you can imagine we have a lot of people in this community who live with their parents or in big families where everybody takes care of each other. They wouldn’t see themselves as carers but we do, and we try to engage with these people. There are a lot of hidden carers and we try and identify them.

“We had some people caring for someone for twenty years and they never applied for a carer’s allowance or anything because they didn’t know. So we support them. They are involved with the wellbeing here at the centre. Some of them are even in the cycling groups.”