Ted Gomm arrives back from his epic journey.

A few years ago, just leaving the house was a challenge for Ted Gomm. Now he's set himself – and his old mountain bike – a 4,500-mile goal

UPDATE:
On Saturday 9 October, Ted completed his challenge, rolling into the Manor Farm Tea Room in Seale having clocked up 4,501.3 miles: that's an average of 15.96 miles a day since the start of the year. "I was not expecting many people to be there, as it was a bit early, but there were over 20 all cheering and clapping, so really rather good," Ted says. "Everyone seemed to enjoy themselves. The tea room provided all of the tea for free, and gave me £25 worth of tea room vouchers, which I raffled.

"As I got to the 4,500 mile point, I paused for a while to think of the three friends I have lost to pancreatic cancer, ironically, I was only 0.1 mile from the point of my very first solo cycle ride, when my mum let go of the saddle, over 62 years ago. I stopped again at that point: that was also quite emotional, as my mum passed away when I was 13, of heart disease. It is a place called Thundery Hill, a zigzag path now, but it was a 1 in 4 hill then. I don’t know how she managed to get out there in such poor health, but I think she would be rather pleased I carried on cycling."

Ted has raised more than £1,200 in donations, and aims to continue riding for the rest of the year. He hopes to exceed 5,200 miles. 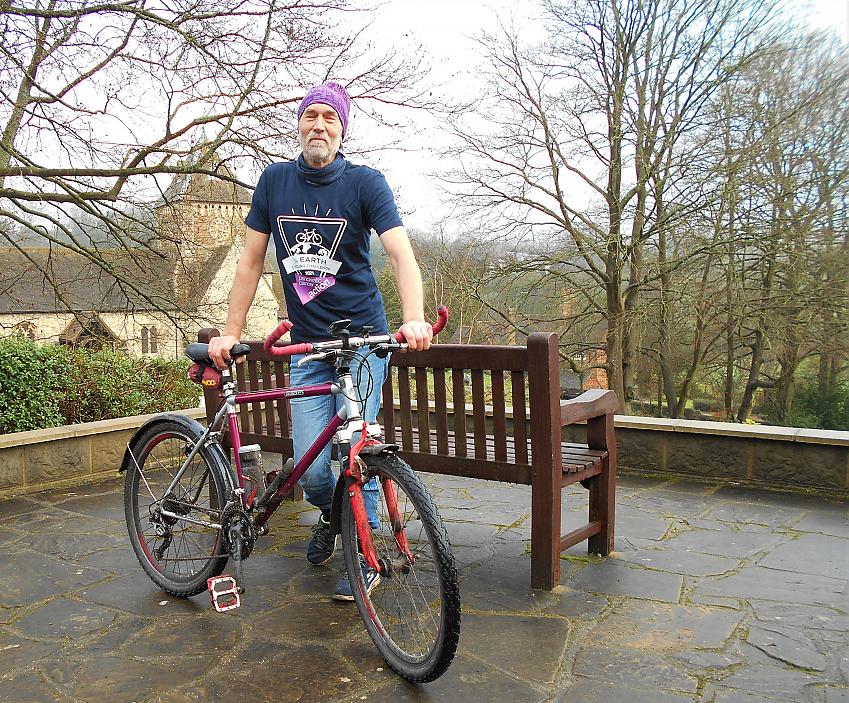 An old bloke, an old bike, and absolutely no Lycra. That’s how Cycling UK member, Philip Gomm – known to all as Ted – describes the challenge he has set himself in 2021.

At the age of 68, Ted is taking on his greatest cycling challenge: cycling a quarter of the way around the planet on his 25-year-old mountain bike. Or the equivalent, at least: with globe-trotting adventures firmly off the agenda for the time being, he will make up the distance at a rate of a dozen miles a day, mostly off road, close to his home on the Hampshire/Surrey borders.

His “Quarter Earth Challenge” is the culmination of a personal goal Ted set himself after struggling with mental health problems a few years ago. “Just leaving the house would be a challenge – pacing up and down screaming would be the order of the day,” he says.

Encouraged by friends, I slowly began to get back out on my bike. One particular day, I started actually enjoying the ride, for the first time in 18 months. I grabbed this with both hands and haven’t looked back since

“Encouraged by friends, I slowly began to get back out on my bike. One particular day, I started actually enjoying the ride, for the first time in 18 months. I grabbed this with both hands and haven’t looked back since.

“To keep up the momentum, I set a personal challenge to cycle 2,000 miles in one year. This has increased each year, to 4,500 miles this year, which I believe is one quarter of the official distance required to cycle around the Earth.”

In addition to local rides, and subject to lockdown restrictions, Ted – who has been a Cycling UK member since 2014 –  intends to cover routes such as the Basingstoke Canal and River Wey towpaths, sections of the North and South Downs Ways, the Downs Link and the Shipwrights Way, and possibly as far afield as Bath via the Kennet and Avon Canal.

To reach his goal, Ted must cover an average of 12.33 miles a day. “On mud and rocks, that’s hard going, or it is for me anyway,” he says. “I hope to build up additional miles earlier in the year, allowing for mishaps or days off.” 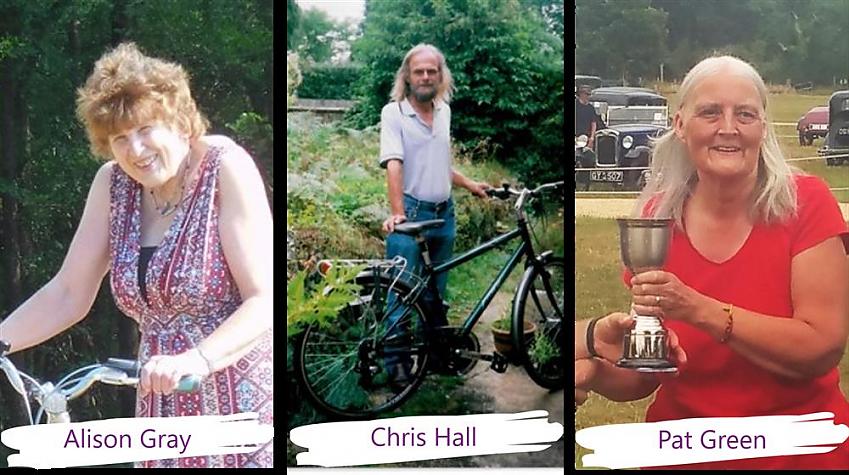 Ted is riding in memory of three friends

Along the way, he will be logging his progress, with route files of his longer rides as well as photos and notes, and raising funds for Pancreatic Cancer Action. “It’s in memory of three of my closest friends, who helped me when I was unwell, and who I lost to pancreatic cancer over two years. They were three of the kindest and most selfless people you could hope to meet.”

However, more than simply being a charity challenge, Ted sees keeping active and having a goal as a vital part of his recovery from past problems. “Cycling keeps me sane now,” he says. “Sort of!”

Health Revolutions: Jim's story of mental health issues and arthritis View
Cycling UK continues to support the UK to cycle
This remains true during this difficult period with the ongoing threat of coronavirus Covid-19
Read our latest advice on cycling