Jim, 56, who suffers from arthritis and chronic pain, as well as anxiety and depression, was referred to the project in 2018.

Now, he has fallen in love with cycling and feels both the physical and mental benefits of riding a bike.

“What I like about the cycling actually is it frees me,” Jim explains. “It’s helping me with both balance and strength in my legs.” 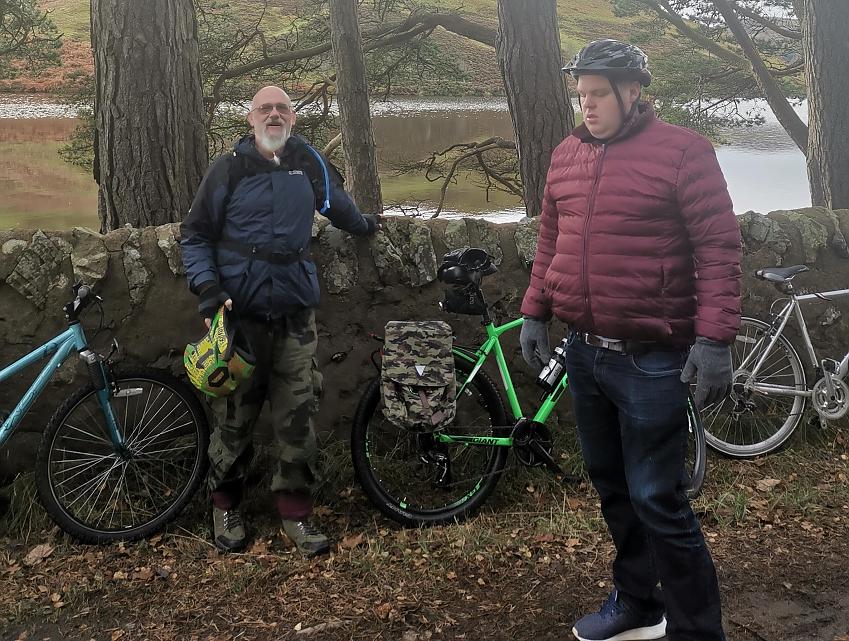 Jim, who used to regularly cycle as a child, believed he would never get on a bike again when his arthritis made it painful to exercise.

Health Revolutions was a Cycling UK led pilot project which supported people with mental health conditions through cycling activities, in collaboration with the NHS.

The project, which was funded by Transport Scotland and the Edinburgh and Lothians Health Foundation, provided cycling skills lessons, group rides and maintenance skills.

Around 100 people engaged with the programme between October 2018 to September 2019, across hospital and community settings. 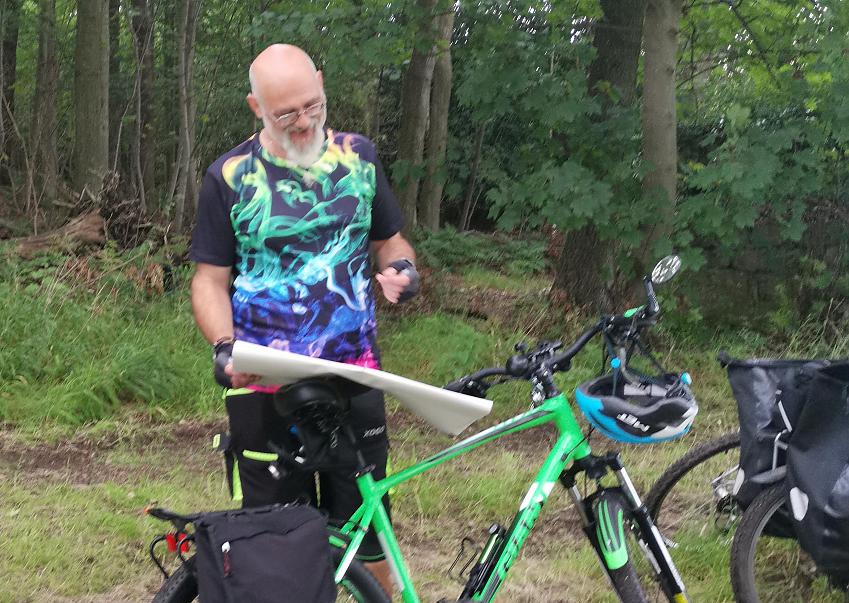 Jim started attending group rides via Stepping Out, a project in East Lothian which offers a range of activities for people with mental illness.

He has suffered from hallucinations since childhood and had not opened up to anyone about his mental health issues until several years ago.

“I can deal with it a lot better now, but in the past, I hated being around people and always felt like everyone was looking at me,” he says. “When I got the chance to talk to a psychologist, that’s when it all… It all just came flooding out.” 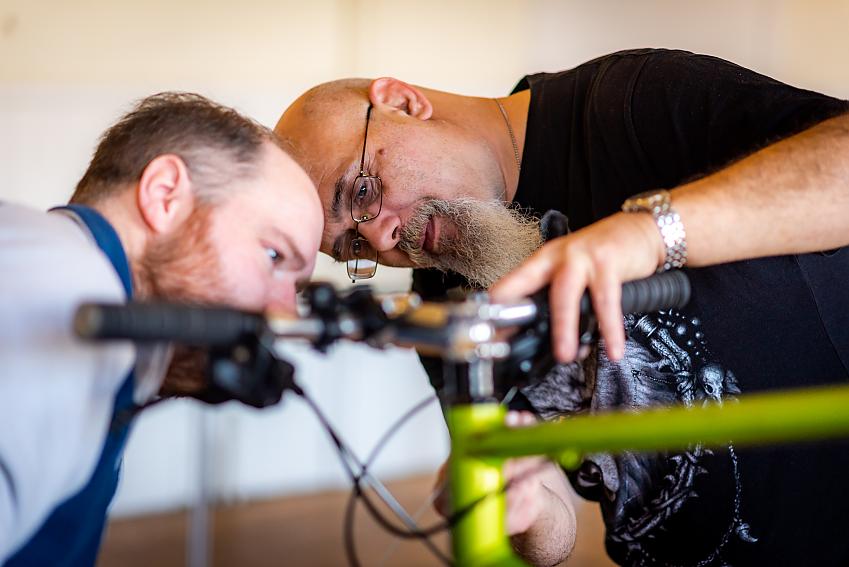 After Jim started attending Stepping Out, he tried going along to Health Revolutions’ group rides and discovered, after some practice, that he could still ride a bike.

“We were so proud. It was best day ever; it was just awesome.” 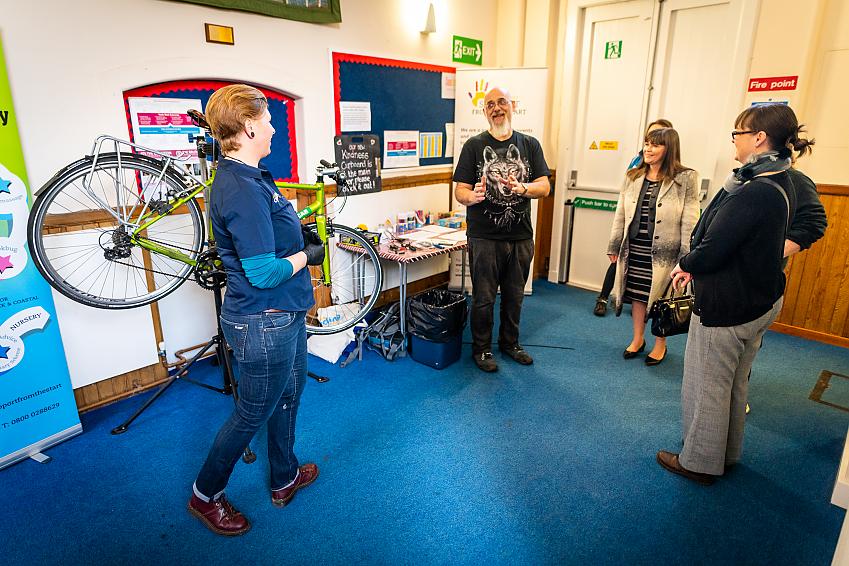 Jim loved the group rides so much that he went out and got his own bike, having learned maintenance skills through the project.

“When I do something, I throw myself into it big time,” he explains. “I’ve got the proper shorts and the nice coloured shirt and that, you know, and a helmet.

“I spend more time tinkering with [the bike] than what I do riding it. I just love working on things.”

Getting back on a bike has also helped Jim, who used to be 22 stone, become more fit and healthy. 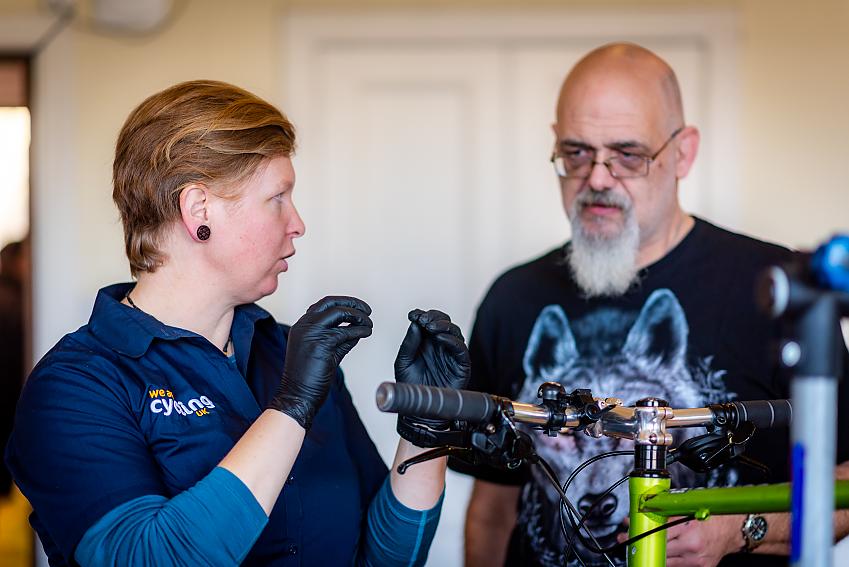 “When my legs get too sore to cycle, I just get off and walk for a bit,” he explains. “Because the pushbike makes a good walking stick with wheels.

“You know, if you set out on a journey and then you have to get off in quarter of a mile or half a mile and walk for a bit, you’ve not failed, all you’re doing is just a different way of getting there.”

If these groups didn’t exist, all of us would probably just be back in the vicious circle.

The stability and regularity of events provided by Health Revolutions and Stepping Out really helped Jim get back on his feet.

“If these groups didn’t exist, all of us would probably just be back in the vicious circle,” he says.

“You go back out, you become ill, you go to hospital… And it’s only a matter of time before you just can’t deal with it anymore, you know, it gets too bad.

“So, that’s why these groups are so important. I still have a lot of problems, you know, with life, with things, doing things and that.

“But with the help of Stepping Out, with the Cycling UK side, all that sort of help, just makes that a little bit better, little bit easier to do things.”

Cycling their way to a healthier future View