Our Big Bike Revival for Key Workers scheme has been rolled out across England and Scotland. Cycling UK’s Claire Hutchison and Rich Wevill spoke to some of the bike shops and mechanics across the UK helping those on the front line.

Key workers across the England and Scotland have already benefited from free bike repairs, loans, and equipment, thanks to the Big Bike Revival for Key Workers scheme, funded by the Department for Transport and Transport Scotland.

The scheme is run through a series of independent bike shops, recycling centres and mechanics workshops, and aims to support key workers during the coronavirus outbreak.

One of the bike shops taking part in the scheme is the Skye Bike Shack on the Inner Hebrides island of 10,000 people.

Normally, the shop benefits from the summer tourism boom. However, this year, it is the locals that have been taking advantage of the quiet roads and dusting off their old bikes.

“I have never seen so many bikes on the road, and I’m in a rural area,” says Mark Crowe, owner of Skye Bike Shack.

It’s really nice that this scheme has given me the chance to do something and give something back to the people who are grafting away at the moment.

So far, Mark has a list of more than 30 key workers interested in bike services or loans.

“It’s really nice that this scheme has given me the chance to do something and give something back to the people who are grafting away at the moment,” he explains. “It’s been nice to see some home carers, mental health workers who are locally funded, and shop workers. So, I’ve got a full blend.”

Key workers in Taunton, Somerset also have the chance to hire a bike for free from On Your Bike.

"We have seen many people who haven’t cycled for quite some time and we have been able to give them a hire bike,” explains Dereck Cutler, On Your Bike workshop manager. “We want them to fall back in love with cycling and hopefully then they will continue riding when we get through this." 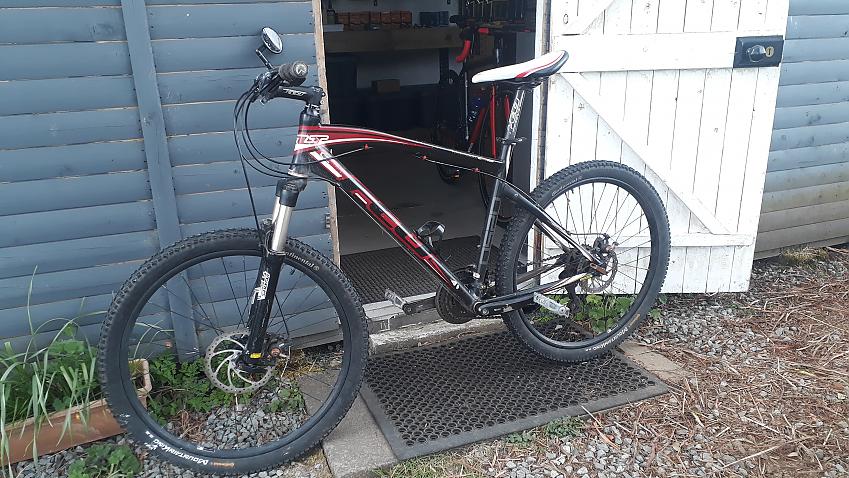 The scheme is also helping people in more disadvantaged regions, such as Leven in Fife, where many people live in the 10% most deprived areas of the country, according to the Scottish Index of Multiple Deprivation

Silverburn Park, a green space in Leven which hosts activities and events, is providing bike loans to key workers through the scheme.

“We’ve got 12 bikes available and, so far, have eight notes of interest – a mixture of people working in the NHS, social work and elderly care,” says Martin McDonald, Operations Manager at Silverburn Park.

“One of the ladies who got in touch says her son cycles, so it would be nice for her to cycle too and keep up with him, while she’s not at work,” he explains.

“It’s a nice way for these folks to feel appreciated. It’s going to be really helpful; people feeling appreciated is one of the most important things.”