Million-mile man and Cycling UK life member Russ Mantle was honoured this week with his very own plaque on Farnham’s famous faces wall alongside those of other local luminaries such as Paralympic hand cyclist Rachel Morris, rugby player Johnny Wilkinson and many others with a connection with the town

Eighty-five year old Russ Mantle first came to prominence almost four years ago when he became the first Briton to have cycled a million miles over the course of their lifetime. His incredible achievement was recognised at a ceremony in November 2019, when he completed his millionth mile near his home in Aldershot and made the headlines in the cycling press, as well as the national and even international press, too.

This led to Russ’s name being put forward for recognition by Farnham Town Council on its wall of fame, which is situated outside Sainsbury’s on South Street in Farnham, Surrey, near to the town council’s offices.

I’m very proud of him. Cycling has been a lifelong obsession

Also present was Jim Parker, secretary of Farnham Road Club, of which Russ is also a member. He raced for the club in his younger years, winning many accolades and national titles throughout his extraordinary cycling career.

Although not a cyclist himself, brother Roger commented: “I’m very proud of him. Cycling has been a lifelong obsession.” 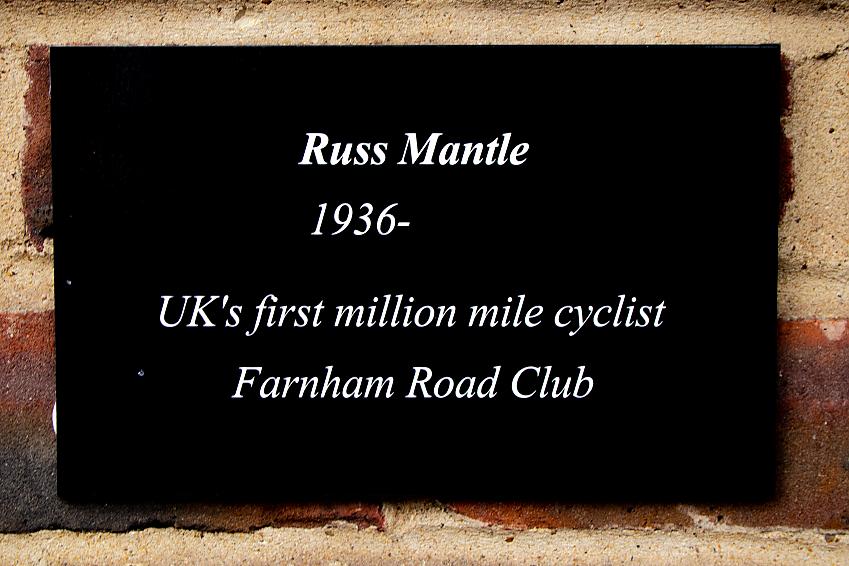 Following the unveiling, there was a reception for Russ at the nearby town council offices. After a speech by mayor Alan Earwaker, Russ spoke about his racing achievements and the records he has broken, as well as the astonishing riding distances he maintained every year for 67 years from 1952 to 2019, visiting several continents and tackling some of Europe’s highest passes along the way.

Back in 2019, when he hit the one million mile mark, which he knew he’d achieved by meticulously recording by hand the mileage for each trip he made, Russ told Cycling UK: “The miles have just naturally piled up because I enjoy cycling so much. 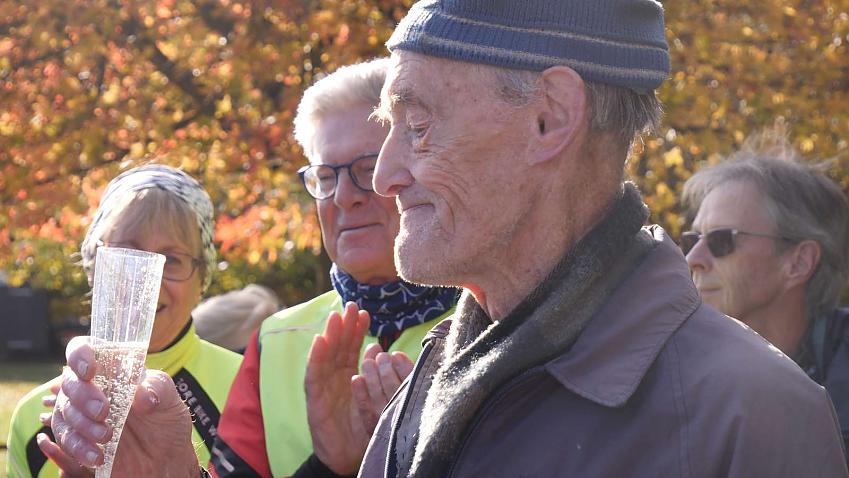 Russ toasting his millionth mile in 2019; photo by Cycling UK

Sadly, Russ is no longer able to cycle outside due to ill health, but he still rides on his rollers at home at least two days a week – by the end of 2022, he hopes to have cycled around 2,000 miles. A far cry from his highest average of 25,000 miles in a year but still pretty impressive to the average cyclist! 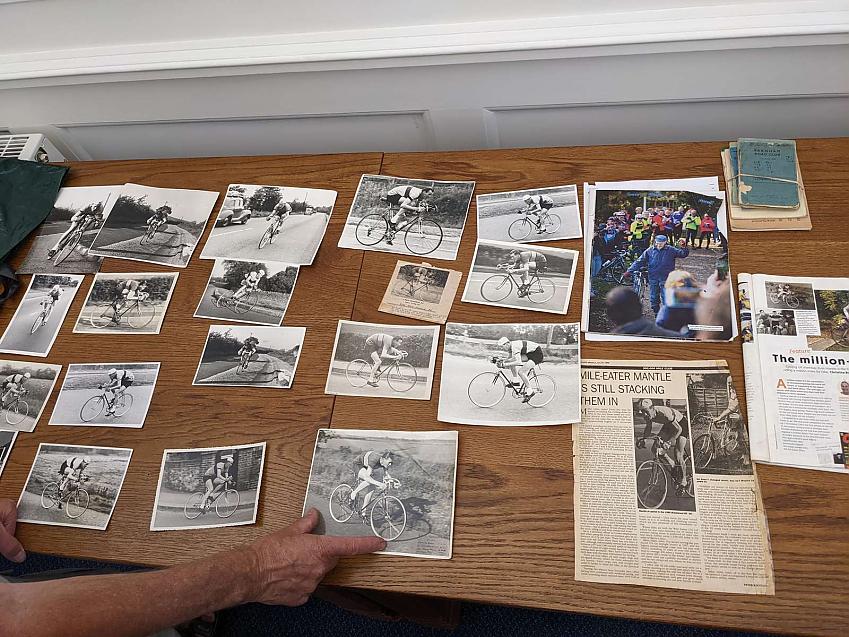 Some photos of Russ in his racing days were on display; photo by Cycling UK

Few, if any, of us will ever achieve the incredible amount of cycling miles that Russ has in his lifetime, but there’s one more chance to show that you can still cover a fair distance in a day (although not as far as Russ’s furthest ride of more than 250 miles to Wales and back!) by taking part in the last of our Tri-Vets Series of longer rides aimed at riders aged 50 and over. Essex CTC’s 100-mile and 100km Tri-Vets takes place on Sunday 14 August 2022.

89-year-old Sylvia Briercliffe tells women “Get on your bike!” View 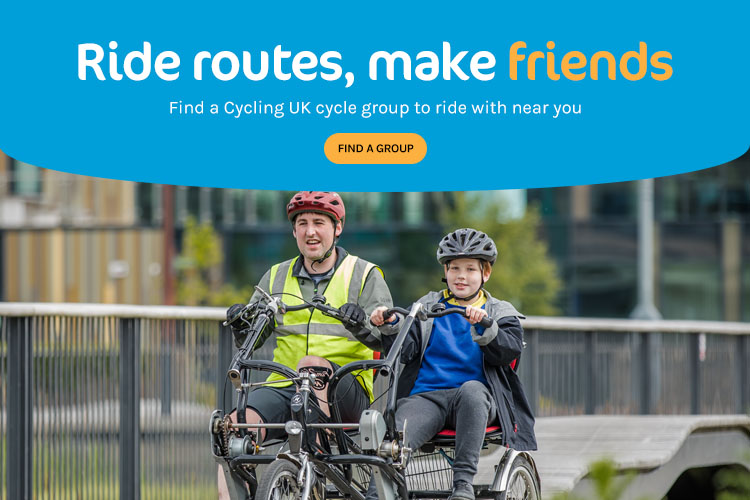 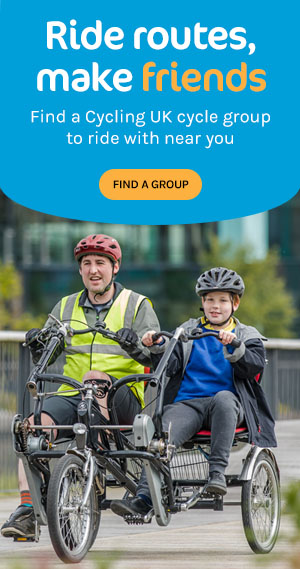