Turn your Brompton into an electric assist one for less than a grand.

Brompton’s own Electric model appeared in 2017 but there are still many retrofit options out there, like this one from Swytch. It consists of: a replacement front wheel with a hub motor; a battery pack (power controls are on top of the battery and integral front light); a battery mount (frame or handlebar options); a pedal sensor; and an extended handlebar stem peg to allow folding with the handlebar battery mount in place.

“Installation typically takes ten minutes,” Swytch say. It took me longer but was simple enough: fit a tyre and swap over the wheels; mount the pedal sensor and cable-tie the lead; attach the battery mount (a large, strong clamp); plug in the cables; then swap over the handlebar catch. As easy as that? Yes – with a couple of caveats. 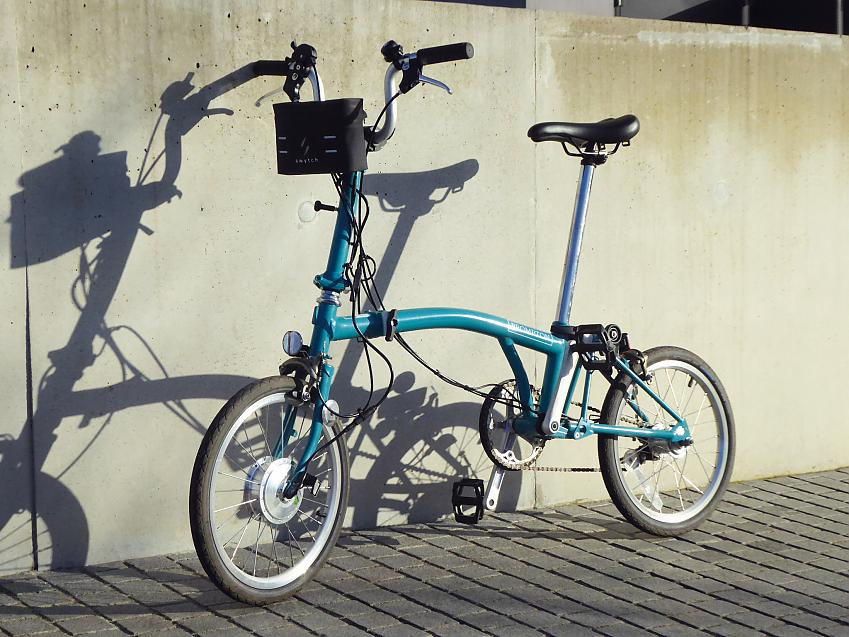 I used the optional, Brompton-specific pedal sensor, which costs a bit extra and requires removal of the crank arm to fit. But it’s neater and less prone to damage on a folder than the larger sensor. Secondly, the motor’s cable run requires careful setup to avoid restricting steering. When riding, the power kicks in after a second or so of pedalling; this is a motion sensor system, without the immediate response of torque sensing systems. 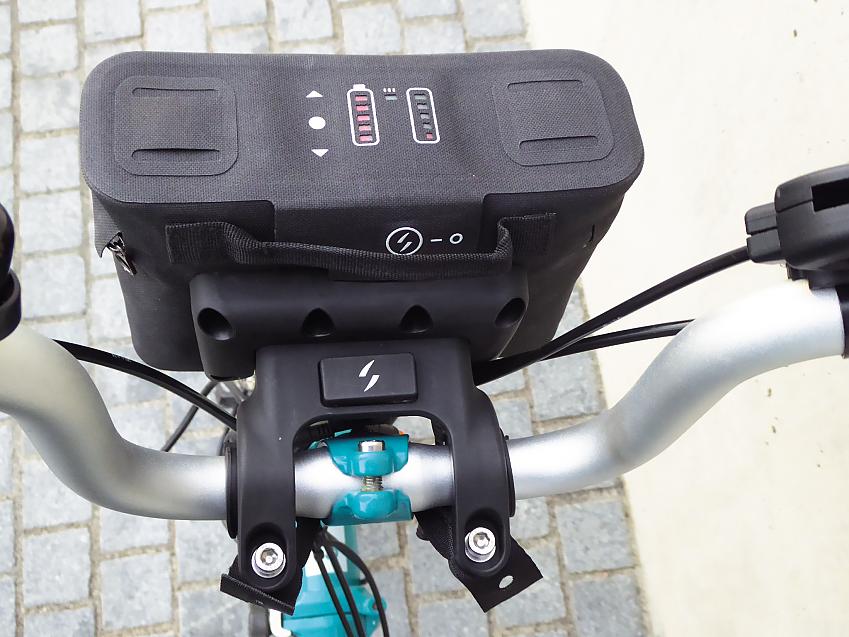 However, it’s one of the better ones I’ve tried, without much delay or run-on, often a problem on poorly programmed kits. It zipped up the Pennine foothills emitting only a moderate hum. Range from the 252Wh battery was at least 20 miles, sometimes quite a bit more, despite being ridden mainly on power level four out of five. My only quibble was the lack of a handlebar control; the buttons are on the battery.

The kit is fairly lightweight, adding 3.4kg. Of that, 1.78kg is the battery, which is removable at the push of a button.

A neat, light retrofit kit that gives a great performance boost. As with the ‘official’ Brompton Electric, a wireless handlebar control would make it even better. 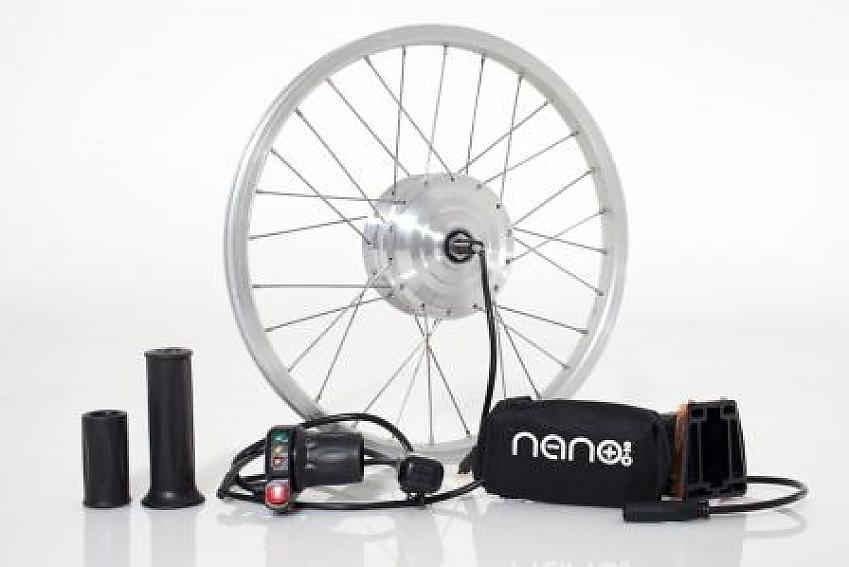 One of the most versatile Brompton retrofit systems (throttle plus pedal and pedelec options), with a long track record of reliable conversions. 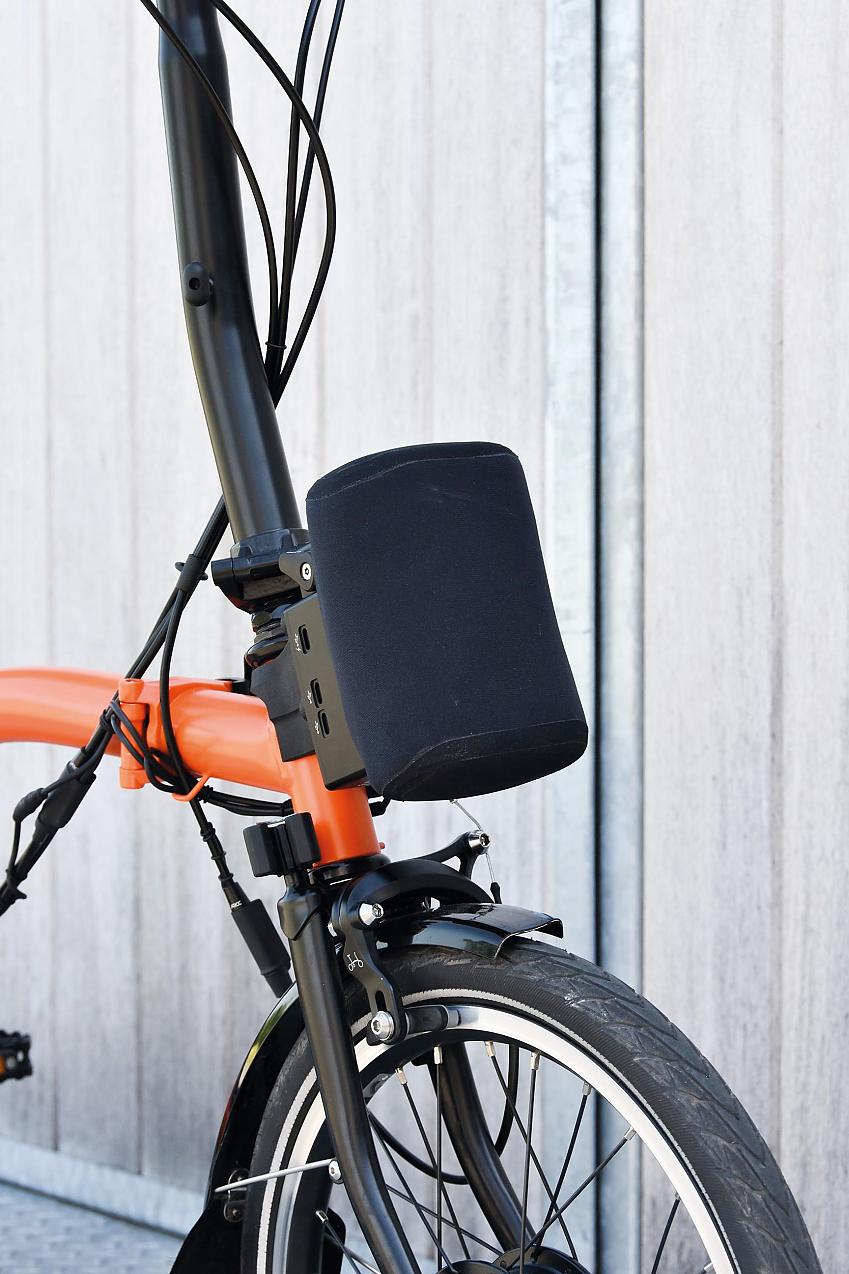 A high-tech ‘Rolls-Royce’ system designed and made at Arcc’s plant in Cambridge.

Save money on your purchase through the Cycle to Work scheme

If your employer is signed up with a Cycle to Work provider, you could purchase the Swytch Electric Assist Kit for Brompton (or another piece of cycle equipment / a new bike) and save what you would have paid in tax and national insurance had you received the purchase price as salary.

On my bike: Michael Smiley View

Electric cycles and the law: What you need to know View