GBDURO is a 2,000km adventure race from Land’s End to John o’ Groats. Markus Stitz filmed it in 2021, following the event by bike and train

During the pandemic we’ve all had to find our cycling fun closer to home. Mark Beaumont and I began doing weekly gravel rides just outside Edinburgh. We’d both cycled around the world before this: Mark setting records in 2008 (194 days) and 2017 (79 days); me on a singlespeed in 2016. As well as being a much-needed escape, our weekly rides inspired the creation of some city-accessible gravel routes titled Explore Your Boundaries. On one of these, Mark mentioned that he had been invited by Komoot to take part in GBDURO, racing 2,000km across the length of Britain from Land’s End to John o’ Groats.

While Mark’s record of successful expeditions is impressive, it didn’t include a self-supported bikepacking race. I had followed GBDURO, which is organised by the Racing Collective, since the first edition in 2019. Australian pro racer Lachlan Morton won that, setting a course record of 4 days, 15 hours and 44 minutes. He also made the event known with a documentary, which has since attracted more than half a million views on YouTube. 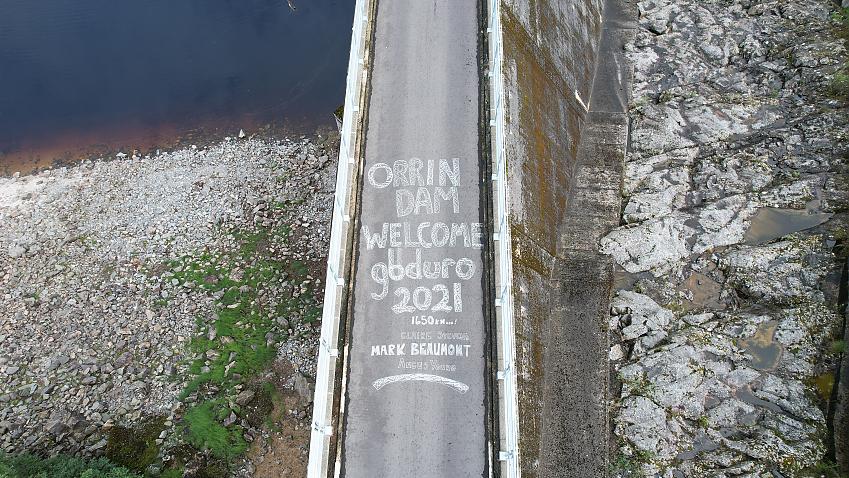 But Morton’s involvement came at a cost. GBDURO was one of several trips that led to his jaw-dropping emissions in 2019. This, and the wider impact of professional cycling, with one of the most successful teams bankrolled by a petrochemical giant, didn’t sit comfortably with the Racing Collective’s wider mission to ‘leave no trace’ – not just on the roads and trails their events cover but in a wider sense. As of the 2020 edition, they introduced a no-fly rule: riders must take part without travelling by plane.

Miles Resso of the Racing Collective puts it like this: “The amount of emissions that come from aviation is unacceptably high. And of course I can’t control the myriad of factors that are going to impact future sustainability, but I can control how people get to GBDURO, and I hope that other events acknowledge that we’re in a crisis and that we all need to be starting to do that.”

Filming from the saddle

I was interested in capturing Mark’s first bikepacking race on camera. I’ve finished the Highland Trail 550, the Silk Road Mountain Race, and the Atlas Mountain Race. I had filmed most of my documentaries selfsufficiently by bike. And I knew part of the route well, as it largely follows Cycling UK’s Great North Trail in Scotland. Most of those stunning landscapes were missing in Morton’s documentary, so a different film focusing more on the experience north of the border wouldn’t be duplicating anything.

Iconic locations like the Corrieyairack Pass, which has been documented since the early days of offroad cycling in Britain, or the stunning beauty of the Alladale Wilderness Reserve are only accessible by bicycle or on foot. The ethos of GBDURO, and the aim to capture those landscapes inaccessible by car, inspired me to suggest documenting Mark’s ride by bike and public transport only. 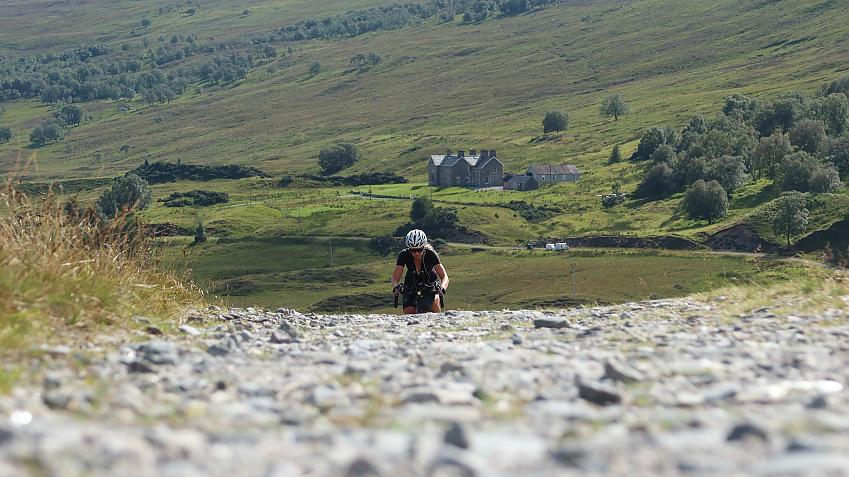 Covering a race like GBDURO would be a big step up for me as a film-maker but it didn’t look impossible. I’d worked jointly with Mark on more Explore Your Boundaries rides, and had been part of the crew for his LEJOG tandem record attempt with James Losley-Williams. These had given me valuable insights into Mark’s motivation, and also gave me the opportunity to practise filming on the fly.

I also learned about Mark’s fascination for the early Tour de France. In 2019, 116 years after 60 cyclists left Paris on the maiden stage of the very first Tour (a 467km leg through the night to the line in Lyon!), Mark and James attempted to recreate this feat of endurance for a GCN+ documentary. They used bikes and equipment from the early 20th century to fully experience the highs and lows of the early Tour pioneers. 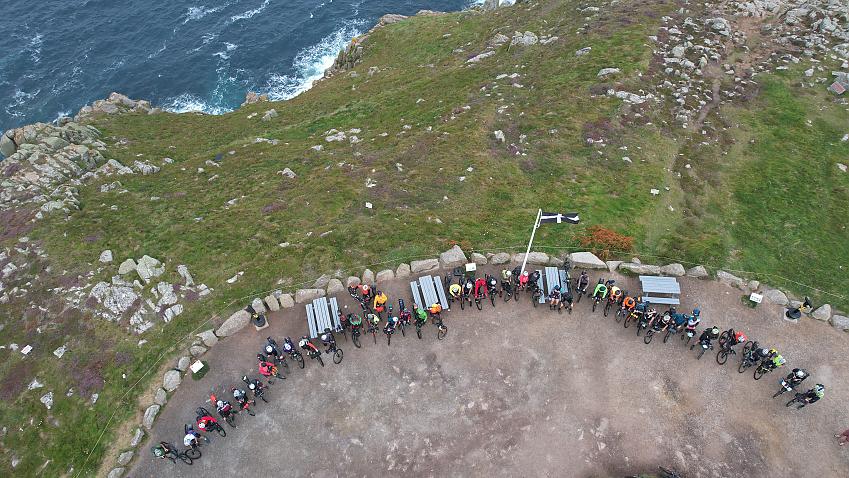 While members of the Racing Collective actively disassociate themselves from professional cycling, the format of their race is inspired by the 1903 Tour de France, which had a similar overall distance and had riders competing as individuals not as teams.

Starting in Land’s End on 14 August, the 2021 GBDURO offered no prizes. Riders had eleven days to make the finish at John o’ Groats, with the lowest aggregate time over the four stages ‘winning’. And with an unexpected turn of events, that winning time was Mark’s: 5 days, 15 hours and 24 minutes.

GBDURO’s ethos is closely aligned with the audax movement, another initiative of Henri Desgrange, a French bicycle racer and sports journalist. While Desgrange is mainly known outside of cycling for being the founder of the Tour de France, he made a name inside the cycling fraternity and within other sports by creating the audax movement in 1904. Enthused by the way he saw cyclists challenging themselves to ride long distances in a set time, he created Audax Français to encourage and regulate such events.

Arguably the most popular of audax events is Paris-Brest-Paris. Originally a 1,200km bicycle race from Paris to Brest and back, the last time it was run as a race was in 1951. Nowadays it’s a randonnée: cyclists ride individually, with the goal of finishing it within 90 hours. 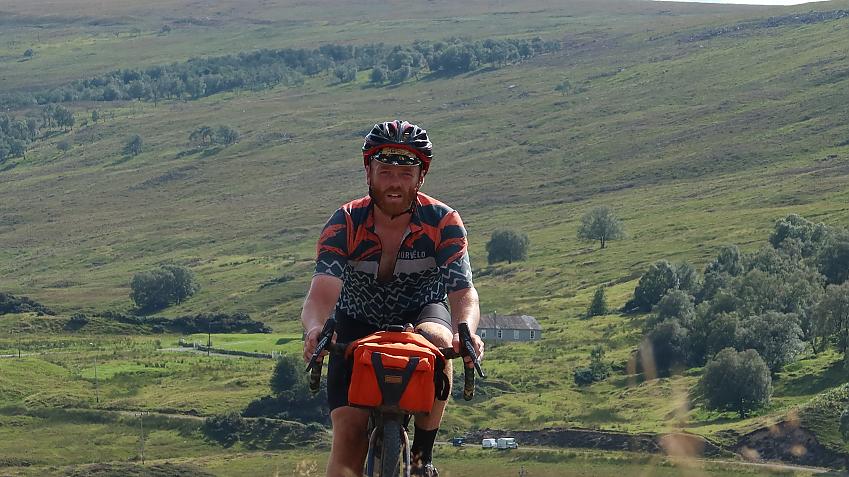 Unlike the Tour de France, which is still a male only event, Paris-Brest-Paris has always allowed women to participate. GBDURO stands out when it comes to women’s participation in endurance cycling. Since its first edition in 2019 the event has actively encouraged women to take part, and 50% of the top 10 finishers in 2021 were female. Jaimi Wilson’s time of 6 days, 4 hours and 39 minutes set a new women’s record and was the third fastest time overall.

Addressing a lack of diversity in the cycling world at large, for the 2022 event the Racing Collective have introduced an ‘Ultra Distance Scholarship’, which provides recipients with: an entry for the race; a bike specific to ultra-distance racing; coaching support; bikepacking bags; performance racing kit; sustenance over the training period; and one-on-one mentorship from ultra-racers Vera Ngosi-Sambrook, Anisa Aubin and Natt Williams, all people of colour. 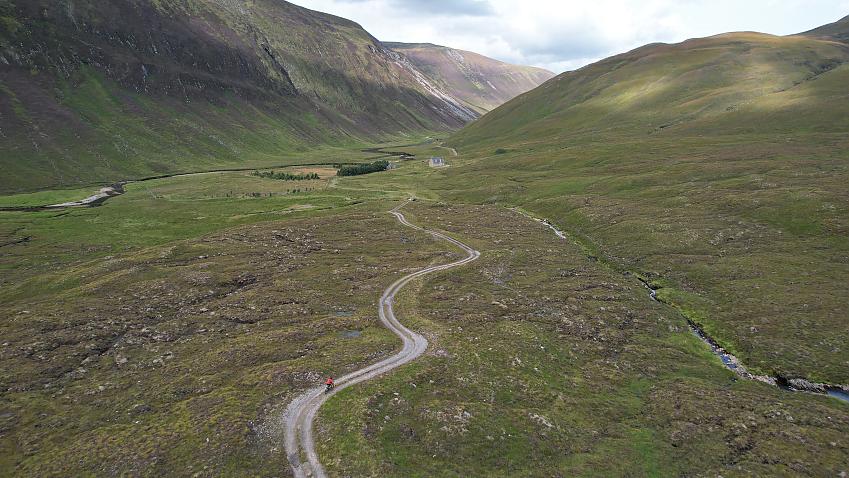 “I think the more events like these that are shouting about women doing this stuff, then the more women see it and then the more women imagine it for themselves,” said Jenny Graham, Guinness Round-the-World Record Holder for the fastest women’s circumnavigation by bike.

“So I think it’s all visual representation. Whoever’s out there doing these things, shouting about it, making it accessible, then that’s what’s going to bring more women into the sport. I think GBDURO is doing a good job with that.” From my film-making perspective, GBDURO’s format was ideal for covering by bike and public transport only. Its three checkpoints – the first in Wales, the second in England, and the third in Scotland – gave me the opportunity to catch up with the riders during the race. In between the stages, I tried to get as much film footage as possible, often following the leading riders first, and then backtracking to capture the other riders while the leaders recovered at the checkpoints.

In the early concept stages of our film, ‘Maiden Race’, Mark and I, as well as Cyril and Yorit who were responsible for artwork and liaison with Shimano, made the decision to document the event as a whole, not just Mark’s ride. The role of media teams is a much debated issue in endurance races, and while we couldn’t fully eliminate the positive effect a familiar face would have for a rider’s motivation, we could at least extend that effect to the other riders too.

Like those taking part, I had to adapt constantly throughout GBDURO. With only 14 finishers out of 60 riders, the event demands a lot. In the remote parts of Wales and Scotland, there was no alternative to cycling the route myself.

“It’s those wild extremes of going from mountain bike trails in Wales to an urban nighttime adventure which makes it so intense,” said Mark Beaumont. “And you could say some of those sections feel like a bit of a commute to get between the interesting places, but it’s that variety which makes it interesting, and I think as a bike rider is hugely testing. If you were just a hardcore mountain biker you might struggle on the road. If you’re like me and you spent your life riding road, the bits that really tested me are the Yorkshire Dales, the Pennine Bridleway, and sections through the Highlands of Scotland. I mean, I was definitely a better bike rider coming off the back of GBDURO. I learned so much in those few hard days of racing. And so it just shows you, you never stop learning.” 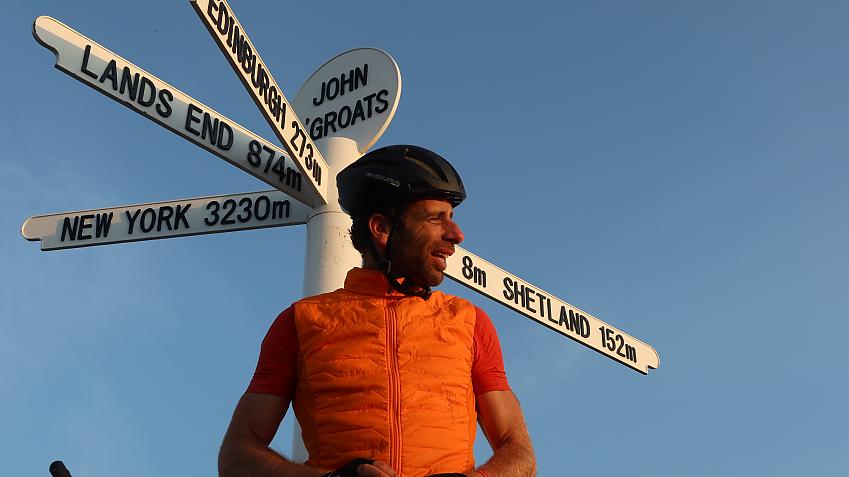 I mostly used the online tracking site to locate the riders, but in areas without reception I had to estimate their movements. Making cycle reservations for trains in advance was nearly impossible, so I often relied on the goodwill of conductors. Being turned away from a completely empty sleeper train cost me three valuable hours, in which Mark was forced to walk off the Corrieyairack Pass with a cut in his front tyre. He carried a GoPro himself and captured his anguish on camera. Meanwhile, I was racing across Corrour Estate to film Jaimi Wilson and Carl Hopps instead.

By the end of the race I was as tired as the riders. Documenting GBDURO only using my bike and public transport was physically and mentally demanding, but worth the effort. In the ethos of the Racing Collective I not only followed the ‘leave no trace’ principles when riding/wild camping but also for film-making. And I hope this inspires other filmmakers to use the same approach.

Do it yourself: Ride the route

The next GBDURO will take place from 13-23 August 2022. It will be run in the same self-supported, four-stage format as the 2021 event. Entries have closed, and will reopen for 2023 in the first week of January. The GBDIVIDE route, which is followed by GBDURO, is available publicly on the Racing Collective’s Komoot profile.

Route: Best described as “a scrappy rolling picnic through Britain’s ever changing landscapes from Land’s End to John o’ Groats”.

Navigation: Route file provided on Komoot and as a GPX file. Most riders used a handlebar GPS unit, with a mobile phone as backup.

Accommodation: Bivvying or a tent for most riders. There was accommodation in village halls or campsites at checkpoints.

I’m glad I had…Mattress and sleeping bag. Small tripod, which allowed me to film with another camera while using the drone. Next time I would… Focus more on slower riders who just made the cut-off times.