Cycling UK’s behaviour change projects are playing a key role in getting a million more people on bikes, as Christina Bengston explains

Cycling UK has been supporting cycling since 1878. We’ve advocated for the rights of people who cycle, campaigned for better infrastructure, and worked to improve cycling access for all. But many people need more than this to be persuaded to ride a bike – and Cycling UK has programmes to help them.

“Cycling UK works to break down the barriers that stop people from cycling,” said James Scott, Cycling UK’s director of behaviour change. “It’s not the physical barriers such as cycle infrastructure, although they’re incredibly important. We look at the psychological barriers that prevent people from cycling, and then put in behaviour change techniques through our programmes to allow people to overcome those barriers at a personal level and get cycling more.” 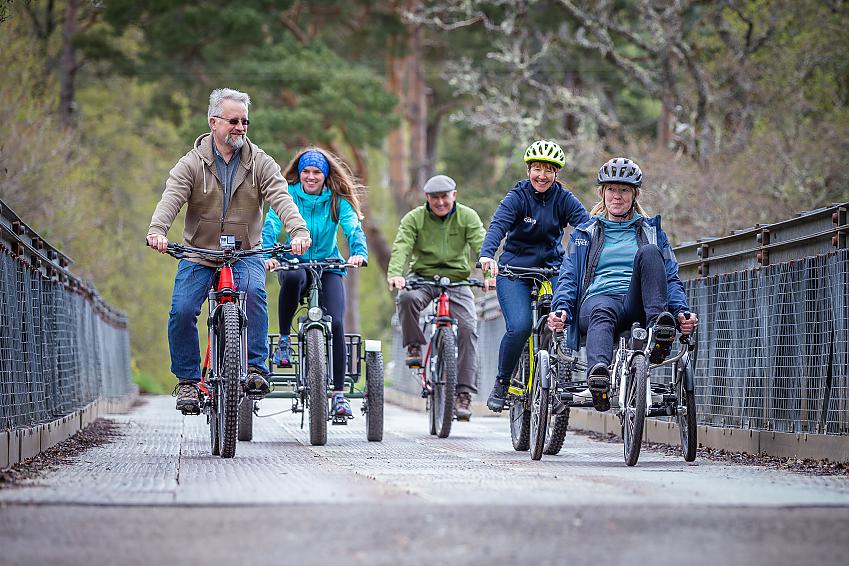 If you’ve ever tried to cut down on the cake or stop looking at screens before bed, you’ll know how difficult it can be to change behaviour, even if we know it’s going to be beneficial to our health.

Cycling UK’s development team has years of experience in engaging communities, however. The model they use is called COM-B, which proposes that there are three components to behaviour (the B in the acronym): Capability, Opportunity, and Motivation. Capability, when it comes to cycling, could be a matter of addressing physical riding skills or of dealing with attitudes that might prevent someone getting on a bike. Opportunity could be providing someone with a bike or helping them fix one that they’ve got. Motivation could be working with someone to set goals and plans, and to develop habits. 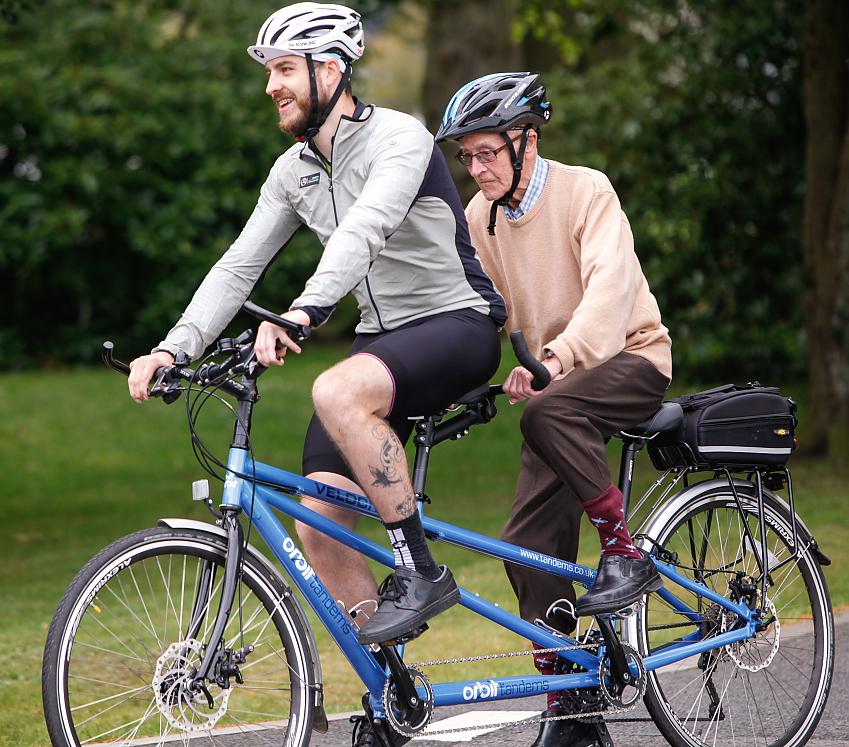 In Tandem runs rides for blind and visually impaired people

But one size doesn’t fit all. There are at least ten behaviour change programmes running from year to year. From our successful Big Bike Revival and network of Community Cycle Clubs to In Tandem, where we work with people with sight loss, and our new project in Scotland, Shift.

“People are different and locations are different,” said James. “We design interventions that are specific to a particular context in a particular environment. A project designed to get people cycling in London wouldn’t work in Manchester, for example. Although they are both big cities, the context and the environments are completely different.”

Cycling changes lives for the better, as three of the recipients of Cycling UK projects told us. 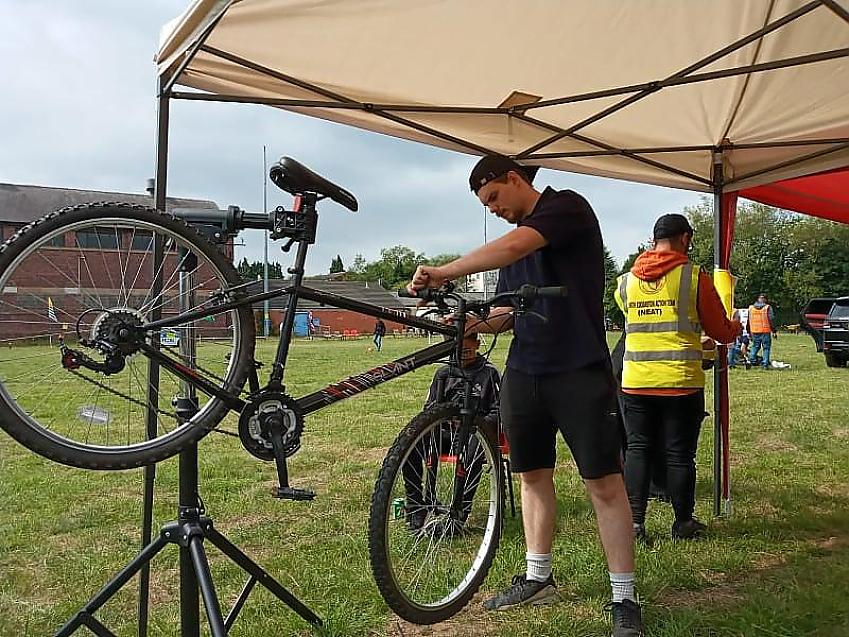 Jack was living on the streets when he got involved with New Roots. Photo: Steve Potter

Twenty-three-year-old Jack Brookes had been living on the streets when he got involved with New Roots, a Birmingham-based charity that has worked for over 20 years to give homeless adults a roof over their head, a stable home, and support to help them rebuild their lives. Struggling with anxiety and depression, Jack trained and volunteered as a bike mechanic at the New Roots bike fixing project. It has improved his confidence and given him purpose.

“We really love doing it,” he said, “and it’s rewarding, fixing up and giving bikes out to people on low incomes. It’s lovely to see the smile on the kids’ faces and hear them saying ‘thank you’. It’s also good to see we can help people out.”

Alana decided to learn to ride a bike at the age of 25. Photo: Steve Potter

After moving to the UK from Saudi Arabia, 25-year-old Alana Sawan decided to learn to ride a bike for the first time in her life, having never learned as a child.

“I was passionate about learning because I think riding a bike is a basic skill for life,” she said. “In my old culture it was very different – there are no specific roads for bikes. In Saudi, we depend on cars for transport because the weather is very hot.”

After unsuccessfully trying to teach herself, Alana found The Bike Hive. They work with Cycling UK to teach adults to ride through social cycling sessions and group rides. After just six sessions, Alana had mastered riding a bike.

“At the beginning I was scared. But for me, my passion to learn took me forward. And also the support that I got from The Bike Hive made me feel I wasn’t going to be hurt because someone was walking by my side and would catch me. That gave me more courage and confidence. 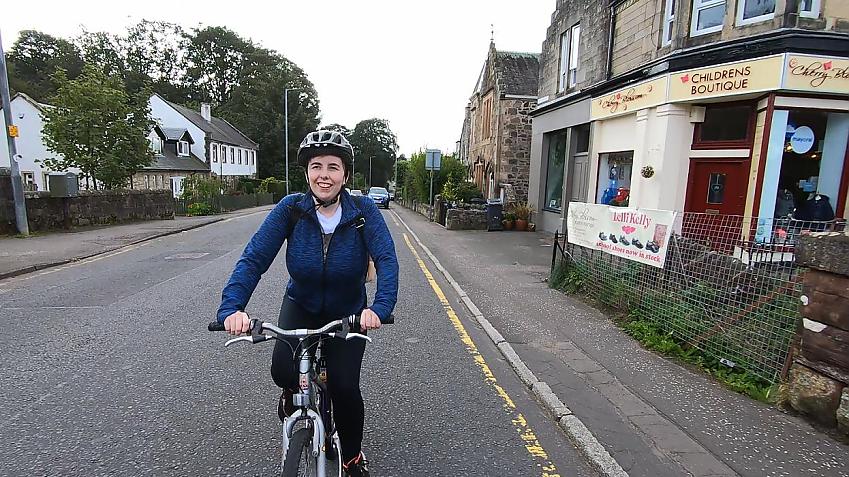 Ruth hadn't cycled since she was a child and was scared of the roads. Photo: Steve Potter

Twenty-five-year-old Ruth Quigley hadn’t been on a bike since primary school and was scared of the roads. Thanks to confidence-building cycling classes from the Inverclyde Bothy, she’s now loving the freedom of travelling on two wheels.

After Ruth’s workplace signed up to the Inverclyde Bothy’s Cyclist Friendly Café scheme in 2019, she got chatting to a Cycling UK development officer and found out how she could get a refurbished bicycle and take confidence-building cycling classes.

“I was a bit nervous at first,” she said. “I was always on pavements before the course. I’d never tried to cycle on roads.”

Ruth completed a series of one-to-one classes with Bothy cycling instructor, Keith Fergus. The sessions were tailored to her needs, so Ruth’s first class was entirely on traffic-free cycle paths.

“He took me along cycle paths first, to get used to signalling and things like that,” she said.

From being terrified of riding on roads just a year ago, Ruth now gets a thrill from cycling at speed: “The speed you’re going, especially when you’re going as fast as you can, it’s really nice. I enjoy it! Sometimes the bike just feels a part of you, flying along.” 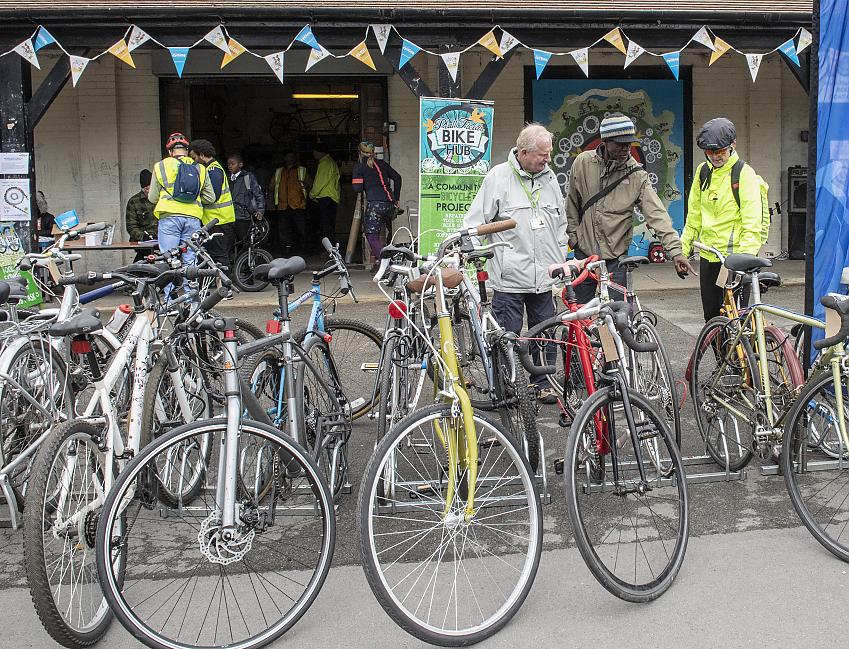 How your membership helps

Cycling UK’s members play a pivotal role in helping us to bring cycling to more people in more areas. Not only do many of our projects and groups rely on amazing volunteers, but together we are able to speak up for cycling with a louder voice.

By campaigning to improve infrastructure, access, and road safety, we increase awareness around cycling and the amazing things we can achieve with adequate funding. Without you we wouldn’t be able to support people like Ruth, Alana and Jack and the many thousands of others who have benefited from one of our behaviour change projects. 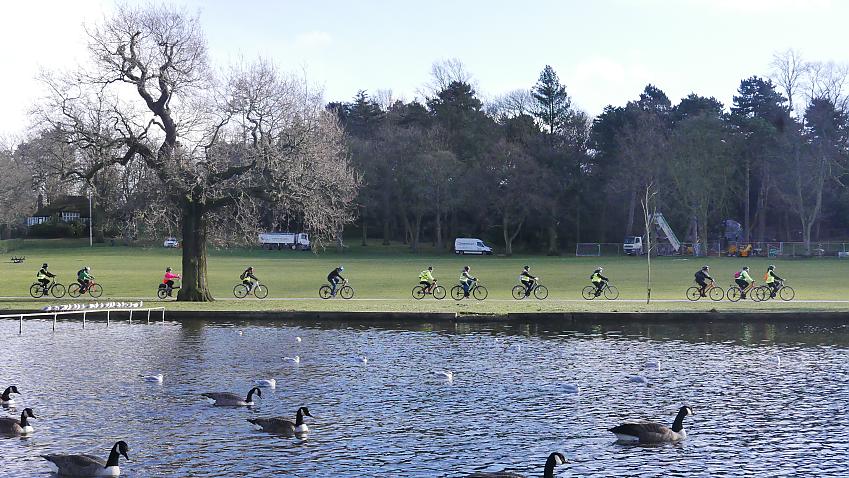 Cycling UK projects are primarily funded by through transport budgets – the Department for Transport in England and Transport Scotland in Scotland. Some projects also receive funds from Sport England or local authorities. Unfortunately, we are not funded in Wales and Northern Ireland at the moment.

Cycling UK has development officers based in both countries. They work with and support existing and new groups and clubs, other organisations and stakeholders, and deal with matters relating to cycling. Always looking out for the next opportunity, we hope to be running behaviour change programmes across all corners of the UK very soon.

Since 2018 Cycling UK has engaged 544,436 people through its broad range of behaviour change programmes. We’re on track to help a million by 2023.