Shorter cyclists have little choice in gravel bikes, as with touring bikes. A drop-bar frame small enough for someone under about 5ft 3in (160cm) won’t necessarily accommodate 700C wheels with wider tyres.

One solution is to change the bike’s geometry, slackening the head angle and increasing the fork offset. The other is to use smaller wheels, such as 650B. Many brands, however, simply don’t make gravel bikes for five-footers.

Our testers are an inch either side of that. “Being only 4ft 11in, with short legs for my height, my cycle choice is limited,” Georgina said.

She isn’t kidding. I knew petite women weren’t well catered for, but was nevertheless surprised by how few off-the-peg options there are that would properly fit.

Surly’s Straggler comes in two wheel sizes. Bigger Stragglers use 700C wheels, smaller ones 650B. The smallest Straggler has a dinky 38cm frame. It’s so compact I asked the supplier to leave the fork’s steerer tube long; I wanted Nicola and Georgina to be able to set the handlebar as high as the saddle.

Kona takes advantage of the 650B wheels by offering smaller frames, fitting& riders down to 4ft 10in

All sizes of Kona’s Rove NRB come with the 650B wheels that gravel bikes have helped popularise. Unlike most manufacturers, Kona takes advantage of these smaller wheels by offering smaller frames too: the smallest is meant for riders as short as 4ft 10in. The seat tube and head tube of this model are longer than the little Surly but the reach is almost identical.

The two bikes aren’t women specific. They’re just smaller, which is what’s most important. For a given height, gender differences can be addressed with a different saddle (likely wider for women), a different handlebar (likely narrower), a different stem (shorter for a more upright position), and lever reach adjustment (for smaller hands).

The plan was that Nicola and Georgina would swap the bikes between them. That was stymied by the Covid-19 lockdown. So was our planned photoshoot… and also my visit to Guildford, when I would’ve weighed, measured and spec-checked the bikes. We’ve done what we could with people and bikes in different locations. 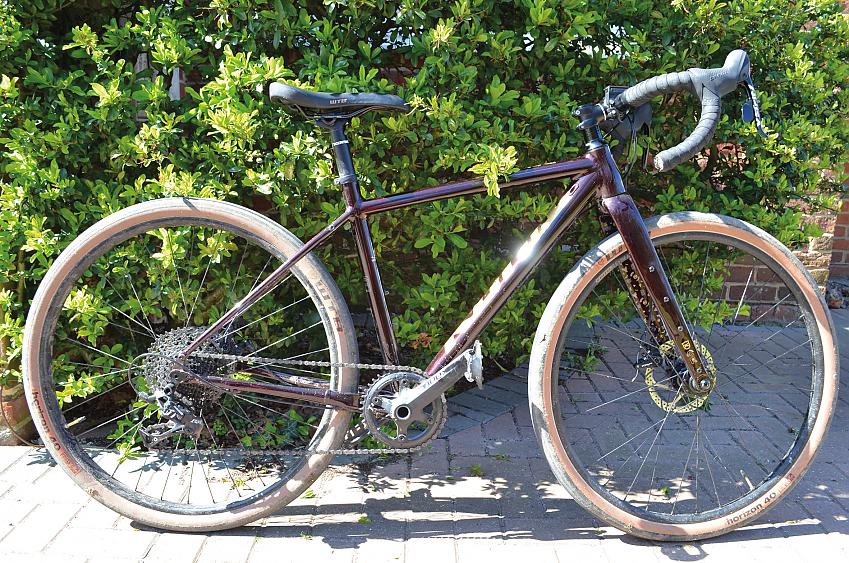 Georgina on the Kona: “First impressions were good. I loved the sparkly maroon paintwork. It felt lighter than my hybrid and not much weightier than either of my road bikes.

“This is the smallest frame, but it was still a tad big for me: with the saddle at its lowest, the seatpost hit the bottle bosses. I’d fit a shorter post or saw an inch off this one.

“There are plenty of frame mounts, and my normal and rack and pannier for commuting would fit fine. There was no toe overlap, even with my relatively large feet.”

Nicola on the Surly: “With a small frame and 650B wheels, it looked a bit like a kid’s bike – an impression reinforced by the pink, sparkly paint!

“At 10.6kg, it’s heavier than my road bike, but not too heavy to lift up and down railway station stairs.

“I was pleased to see lots of fittings for pannier racks and water bottles. With the cranks supplied, there was a couple of millimetres of toe overlap.”

We’ll come back to crank length later. It’s worth noting here that, by not being specifically designed for shorter cranks, both bikes have a bottom bracket that’s higher than it need be, so it's a stretch for the short rider to get a toe down when stopped. Neither Georgina or Nicola commented on this so I guess it’s something they’ve become used to from other bikes.

Both bikes have steep seat angles. This makes the reach to the handlebar manageable while providing room to squeeze in ‘normal’ sized wheels.

But it also tips the rider’s weight forward, which can result in numb or tingling hands. That’s one reason to avoid setting the handlebar too low. Some riders might also want a seatpost with more layback, along with a correspondingly shorter stem, to move their weight back a bit. 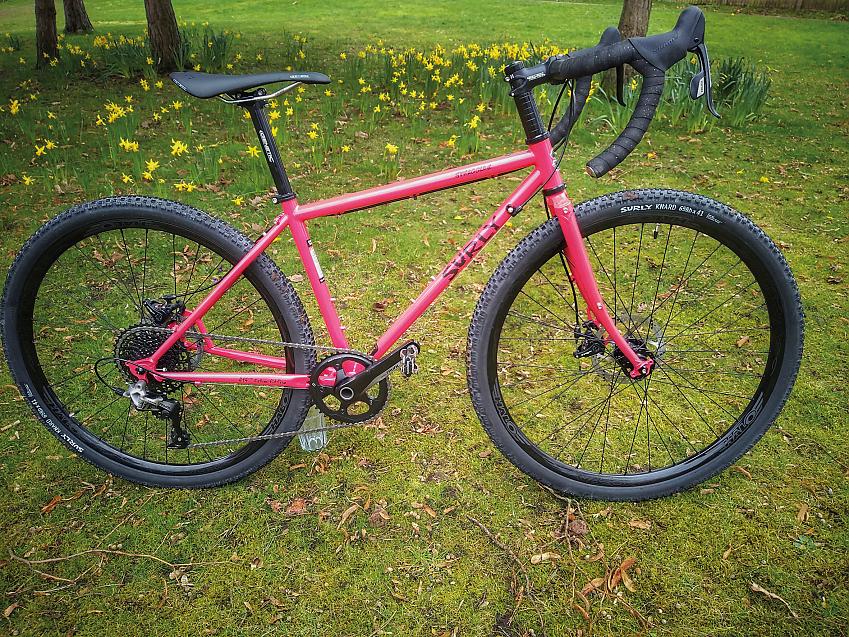 First look: A versatile steel all-rounder that should fit riders even shorter than our testers, given a short enough stem

The Kona Rove is 600g lighter than the Surly, largely because it has an aluminium frame and a carbon fibre fork. The weight saving is worthwhile when you consider that the person riding or lifting the bike might weigh only 50kg themselves.

The Kona’s thru-axle dropouts are more secure than the Surly’s quick releases, and the added stiffness should mean less rotor rub from the brake pads. There’s more heel clearance for bigger panniers as the chainstays are longer.

The Surly Straggler has interesting rear dropouts: forward facing with stop screws. So it could run a singlespeed or hub gear drivetrain without a tensioner. Alternatively, it would be very easy to switch to a 2× derailleur set-up: it comes fitted with a barrel-adjuster-equipped cable stop for a front derailleur.

The fork doesn’t have triple cage mounts, but does have them for low-rider and porteur racks.

Bikes this small want, at most, 160mm-long cranks. Big brand chainsets don’t go shorter than 165mm, however. That's a step in the right direction, and one the Kona takes.

The Surly has 170mm cranks, which are too long. As well as toe overlap in this case, longer cranks mean more awkward pedalling, which Nicola identified as “not feeling right”, plus more pedal strikes off road.

Both bikes use 1× SRAM drivetrains: Apex for the Kona, Rival (one tier higher) for the Surly. “I really enjoyed the 1× transmission,” Nicola said. “It removed a whole set of decision making and seemed to flow a lot more smoothly.” Georgina liked it too, once she became accustomed to SRAM’s double-tap operation.

I think both bikes are slightly over geared.& The Kona has a 40-tooth chainring, the Surly a 42. That gives the same gearing a six-foot-tall bloke would expect on a gravel bike, despite him being maybe 50% heavier and stronger.

SRAM’s 1× road groupsets don’t provide much scope for lower gears: 40 is as small as Apex chainrings come while Rival goes down to 38. You can’t just fit a SRAM 1× mountain bike chainset to get a smaller chainring as the road and MTB groupset chainlines don’t match.

Like most gravel bikes, the Kona and Surly have flared drops. “I found them too wide and a bit of a stretch,” said Georgina. “Down on the drops, I couldn’t reach the brakes at all.”

She’d have preferred a 38cm& bar with a more compact drop. Apex levers are reach adjustable, so these could be set up closer to her fingers.

Georgina on the Kona: “In a word, comfy! On tarmac, it didn’t feel too different from riding a road bike – just more cushioned, which was ideal for hidden holes after all the winter rain.

“The wider tyres and sturdier frame didn’t appear to slow me down too much, although obviously it felt a little more sluggish up the hills. I’m a real wuss on uneven ground but the 40mm tyres glided across gravel, roots, and thick mud.”

Nicola on the Surly: “In Thetford Forest, the bike handled everything from deep sand to pretty large rocks and puddles. A bit of a nervous rider, I gained more and more confidence on it. It was super comfortable.

“On a road ride around the Suffolk coast, I was worried the Straggler would feel much slower than my road bike, yet it felt quite quick – though I’d switch out the MTB-style tyres.”

Georgina: “I really enjoyed riding the Kona Rove NRB. With a few adjustments, it could be my ideal size and weight multi-purpose bike for both faster commuting and off-road family rides.”

Nicola: “The Surly Straggler was a cracking ride, really good fun. It gave me much more confidence off road and wasn’t at all heavy or slow on the roads. I can’t wait to ride it again post lockdown!”

I’d say the framesets are what’s best about both bikes, mainly because they’re built to fit riders of this stature – a rare thing. But they also have the clearances and fittings you want from a do-it-all drop-bar bike. The components are only fair to middling, and some aren't scaled down enough.

The Kona Rove NRB strikes me as the better complete bike. It has a lighter frameset, a more suitable chainset and faster rolling tyres. However, the Surly Straggler can more easily be built up in different ways – and it’s available frame only for anyone wanting to do that. 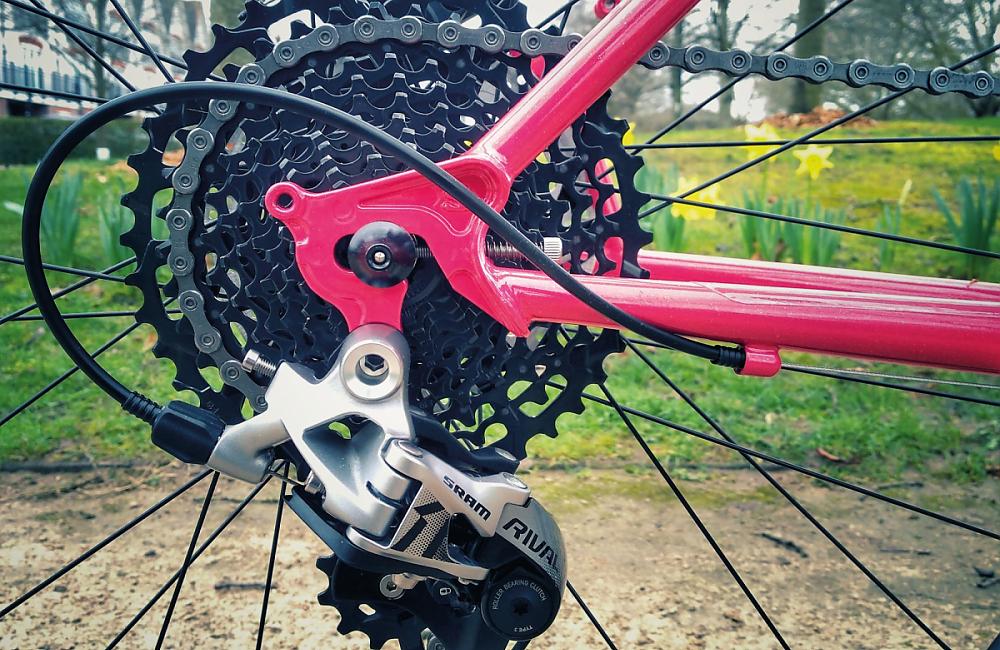 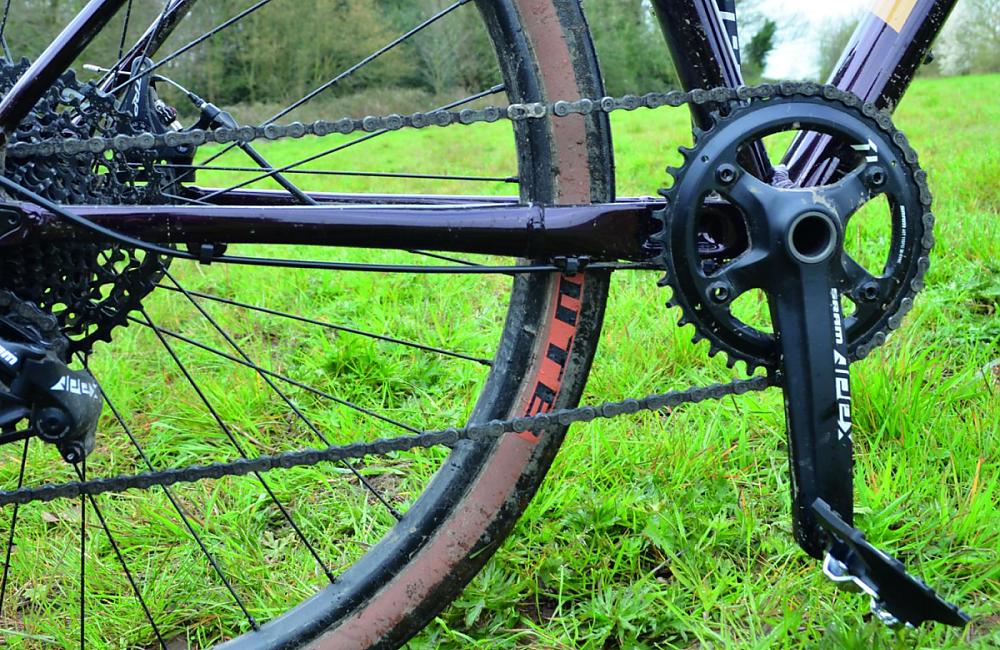 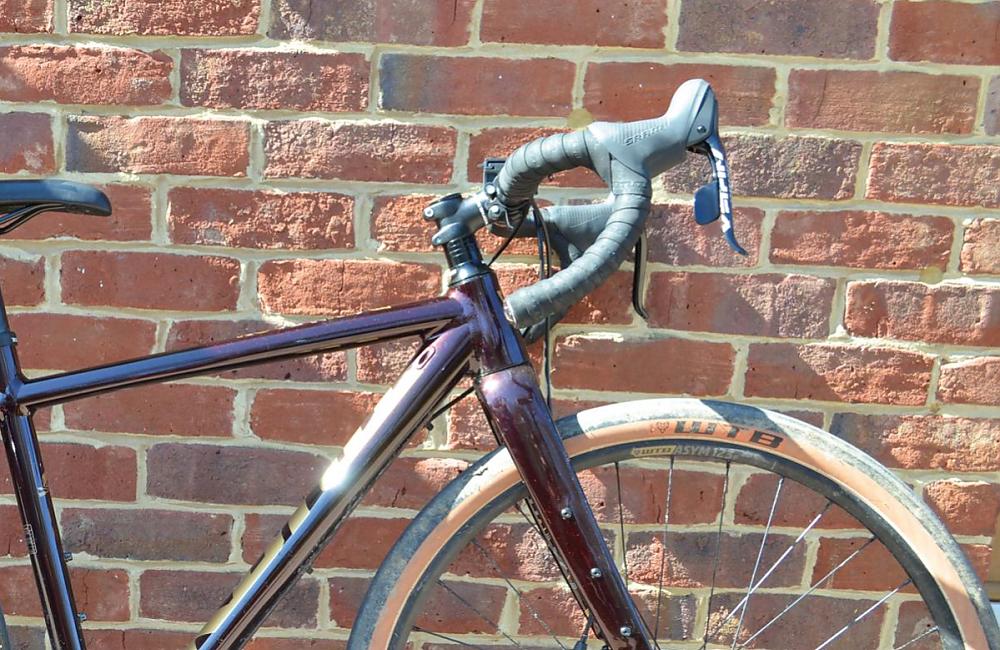 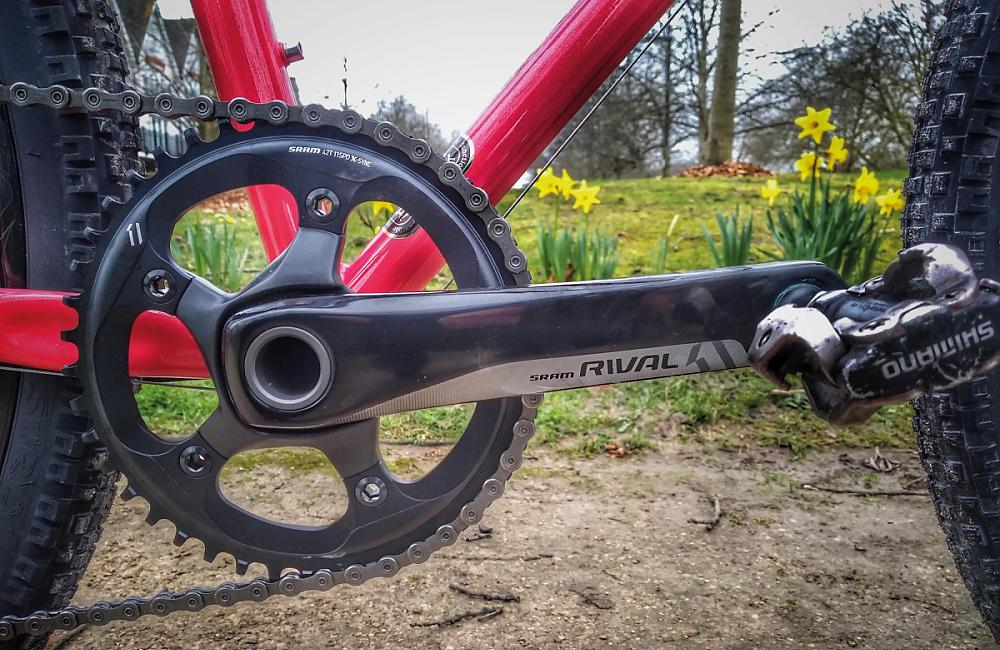 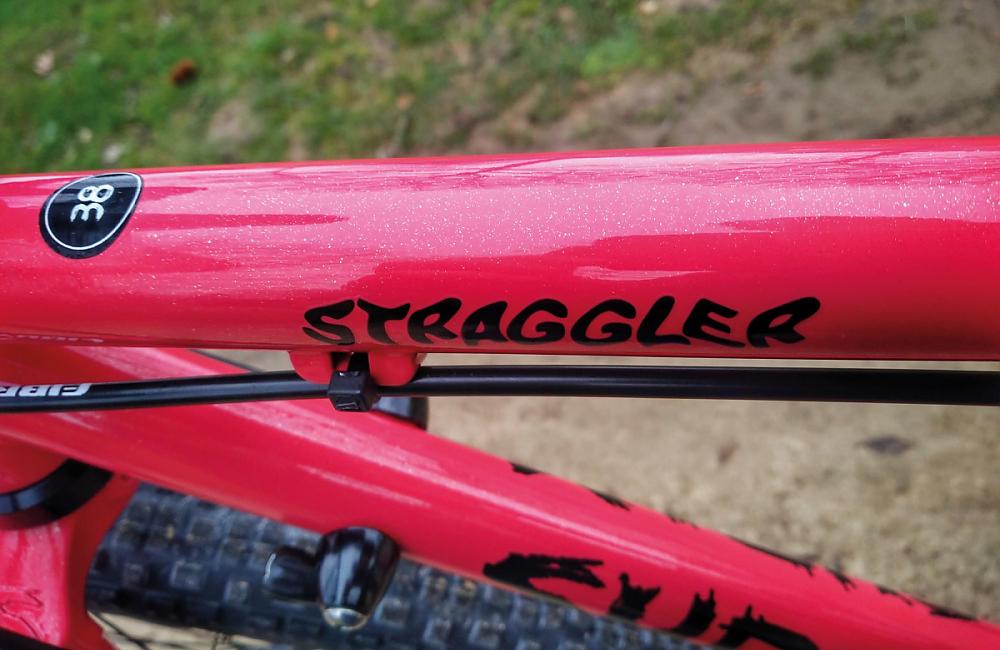 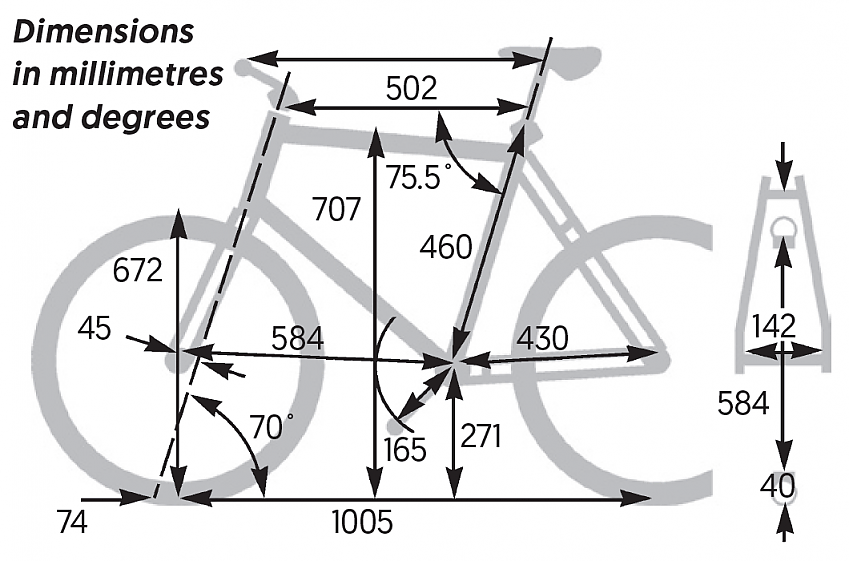 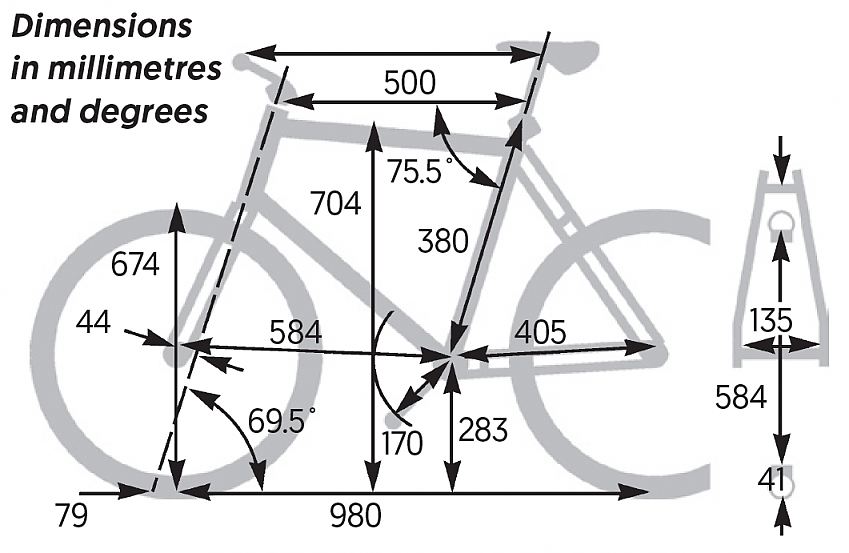 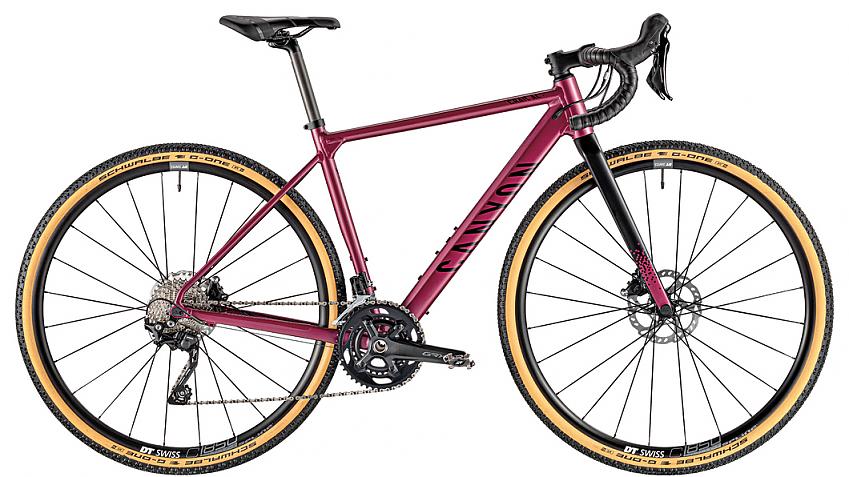 Lightweight (9.42kg) and good value, with a carbon fork, 2×10 Shimano GRX drivetrain and hydraulic brakes. The 2XS and XS sizes have 650B wheels. 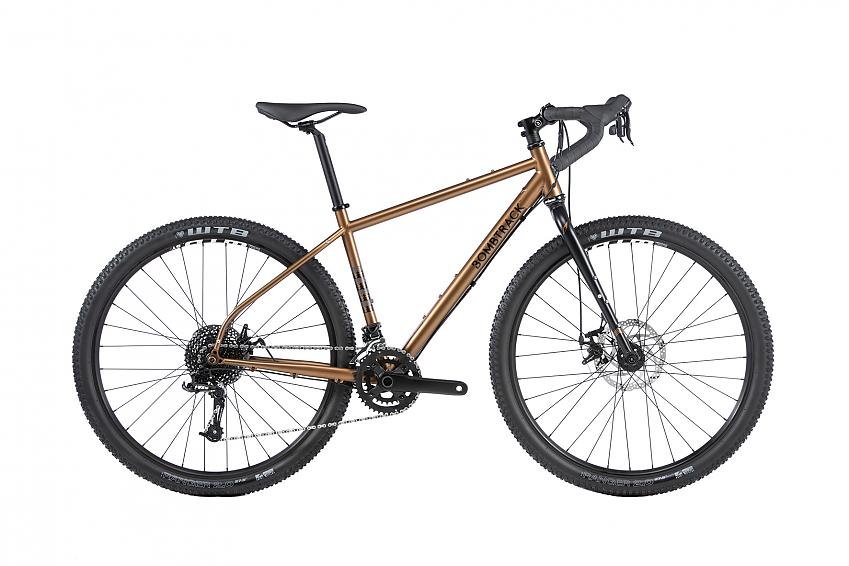 More of a ‘monstercross’ bike, the Beyond has 650B wheels in S and XS. The XS has a 493mm top tube and a 400mm seat tube, so should suit five-footers.