This tends to make them a few kilograms heavier and a bit slower than bikes that cycling enthusiasts favour. That’s not important. What matters is that you can hop on them in whatever clothes you’re wearing and know they will be reliable and easy to use for everyday tasks such as shopping and commuting.

The Gazelle Esprit T3 is a genuine Dutch roadster, made in the Netherlands by a company that specialises in such bikes. The vast majority of its non-electric models feature hub dynamos and/or hub gears, two classic roadster features.

Trek is an American company better known for its road and mountain bikes. Despite this, the Loft 7i EQ Step-Over has broadly similar equipment to the Gazelle Esprit T3, with dynamo-powered lights, hub gearing, a chainguard, mudguards, and a rear rack. The main spec difference is Trek’s choice of rim brakes over the Gazelle’s roller brakes.

Both bikes have an aluminium frame and a steel fork, although they look quite different. The Gazelle’s funky modern look with varied tube profiles contrasts to the traditional round tubing on the Trek, which is in keeping with its retro feel.

As you would expect from high-quality manufacturers, welds are neat and strong and the matt black paintwork on both bikes is silkily smooth. Much of the Gazelle’s cabling is internally routed, as is the dynamo wiring within the front fork and main frame.

The head tube is specially shaped to accommodate a frame-integrated front LED. It looks stylish and gives the lamp some protection too.

The front LED can be relocated to sit on the front of an optional, metal basket-style front rack (load rating 5kg, £54.95), which uses the light housing on the frame for mounting. A front basket is a practical choice for a city bike, as you can just drop your shoulder bag in it and pedal off. 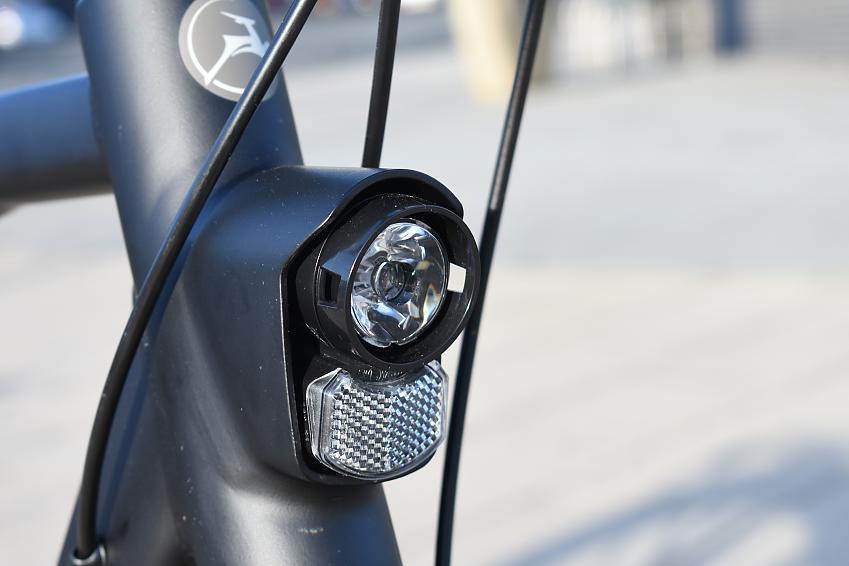 By contrast, the Trek’s cables run externally, although on this black frame they are barely visible. While frame-integrated cables are neater, some might prefer external cables for easier maintenance. You could fit a low-rider rack to the Trek as the fork has extra eyelets at the dropouts, although there aren’t any halfway up the fork legs so you’ll need to clamp the rack there.

I tested medium-sized versions of both bikes. The Gazelle sits you in a more upright position, although the step-over height of the frame is also higher. If you’re much shorter than male average, you might struggle to get either of these diamond-frame bikes to fit you.

There are step-through versions of both bikes, which do have smaller frame options. Additionally, all Loft models feature what Trek calls ‘Flat Foot Technology’: the seat tube is behind the bottom bracket, so its effective angle is significantly shallower than the geometry figures suggest. In effect, it brings the saddle a bit closer to the ground while maintaining the same distance to the pedals.

Disc brakes are relatively common at this price point, so it’s perhaps surprising that neither bike has them. The Gazelle has roller brakes, in keeping with its low-maintenance- above-all-else approach. Roller brakes are heavier and have a little less bite than discs, but they are long lasting and need only the occasional greasing by way of attention.

The Trek has long-reach dual-pivot sidepull brakes, presumably a weight-saving choice. They’re simple and work okay but both the pads and (eventually) wheel rims will wear out so they’re not a low-maintenance choice. Given its higher price point, I feel that hydraulic discs would have suited the Trek more.

The Gazelle has a 3-speed Shimano Nexus hub, the Trek a 7-speed one. If you can live with the reduced hill-climbing ability of the Nexus 3-speed, it’s a great low-maintenance system.

Its bell crank mechanism means that indexing is uncomplicated, and it detaches easily if you need to change a rear flat. (The roller brake is a little more fiddly but still fairly straightforward once you have the knack.) It shifts crisply and with minimal effort.

By contrast, removing the cable from the Nexus 7 rear hub is one of those jobs that always seems to cry out for an extra pair of hands. I found that the Nexus 7 gear required the indexing to be spot on for clean lower gear changes.

If you do have to refit the rear wheel, it’s also a little more awkward to centre it in the frame and to get the chain tension just right because the Trek doesn’t have chain tugs like the Gazelle does. 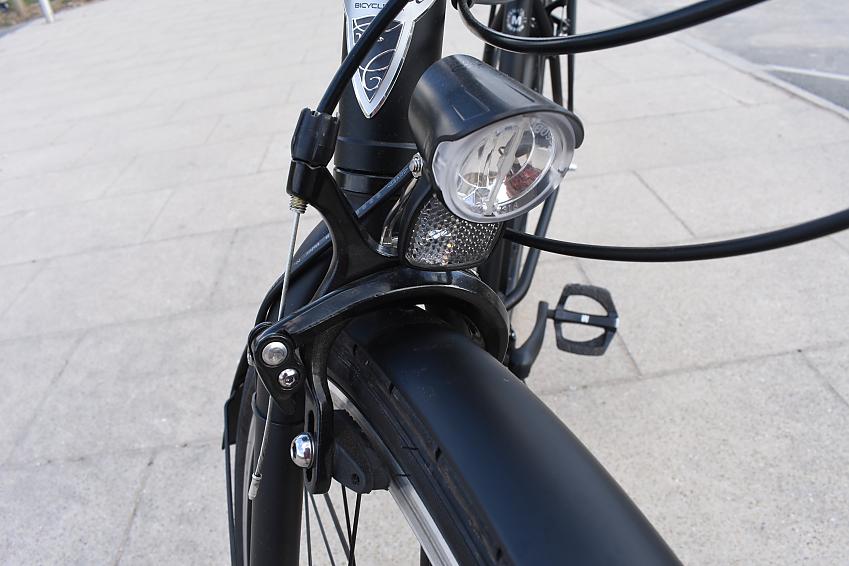 The Gazelle’s rack is rated at 27kg, underscoring its heavy-duty, workmanlike credentials, while the Trek’s will carry 18kg. Note that the Gazelle’s rack uses larger gauge tubing (14.3mm) which may not take older style pannier fixings with narrow hooks. The Trek’s rack has 10mm tubing, which should accommodate any pannier.

Both of the Gazelle’s lights are dynamo powered, and the rear is nicely protected from damage by the rack. The Trek’s dynamo powers only the front light; the rear is battery powered and rather exposed on the rear mudguard.

However, the Trek’s front lamp is brighter and better illuminates unlit roads. It’s powered by a 3W dynamo (the Gazelle’s is rated at 2.4W), and all that power goes to the front lamp. Both dynamo setups are inexpensive but entirely practical systems.

The Gazelle is a heavier and more heavy-duty bike than the Trek, and that applies to most of the equipment on the bike too. Even the kickstand is sturdier – it will easily handle fully loaded parking. The Gazelle’s mudguards and chainguard are an exception: they’re plastic, whereas the Trek’s are steel.

Both bikes provide a comfortable, easy-going ride in city traffic – easy going, that is, as long as there aren’t too many steep hills.

The gearing of both bikes suits flatter terrain, especially the 3-speed Gazelle. (A 7-speed version is available.) I didn’t use either bike’s top gear much but often wanted a lower one. The simplest way to get that would be to fit a larger rear sprocket (and some extra chain links).

The Gazelle is super stable – a great attribute in busy city traffic when you have one hand off the handlebar to signal. The Trek is still a nice stable-handling town bike but has less trail and reacts more to smaller movements of the handlebar.

Neither bike has powerful brakes. The Shimano IM31 rear roller brake on the Gazelle feels weak. The beefier-looking front roller brake (BR-C3000F) is much better, and it’s modulated to stop it locking up so you can haul hard on the lever when you need to.

I’d still like a better rear roller brake (something Gazelle say is an option) but once you get used them they’re about as effective as the dual-pivot rim brakes of the Trek, with the added benefit of ultra-low maintenance.

In terms of ride comfort, it’s a draw. The Trek has a large sprung saddle that soaks up vibration well but the Gazelle has a more comfortable handlebar position and wider tyres.

While both bikes share the same remit of easy city riding, they are actually quite distinct. If you value low maintenance above low weight, then the Gazelle Esprit T3 is very good value and should give many years of service.

The Trek Loft 7i EQ will need a little more attention as time passes (especially those brakes) but it’s still low maintenance compared to most bikes. It’s not as keenly priced as the Gazelle but is around 3kg lighter. That alone may make it worth splashing the extra cash for some riders. 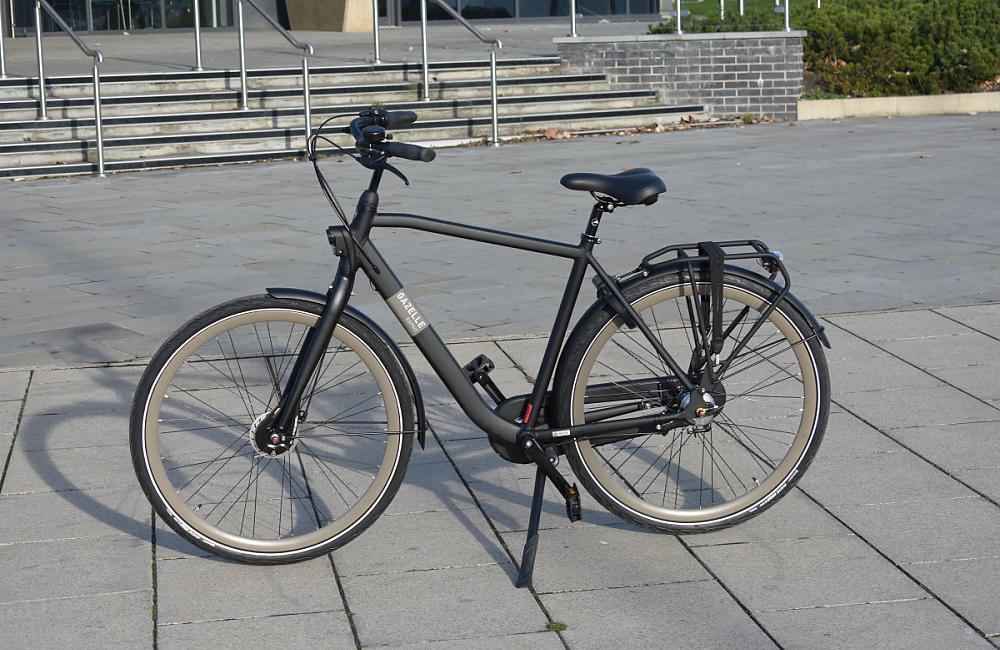 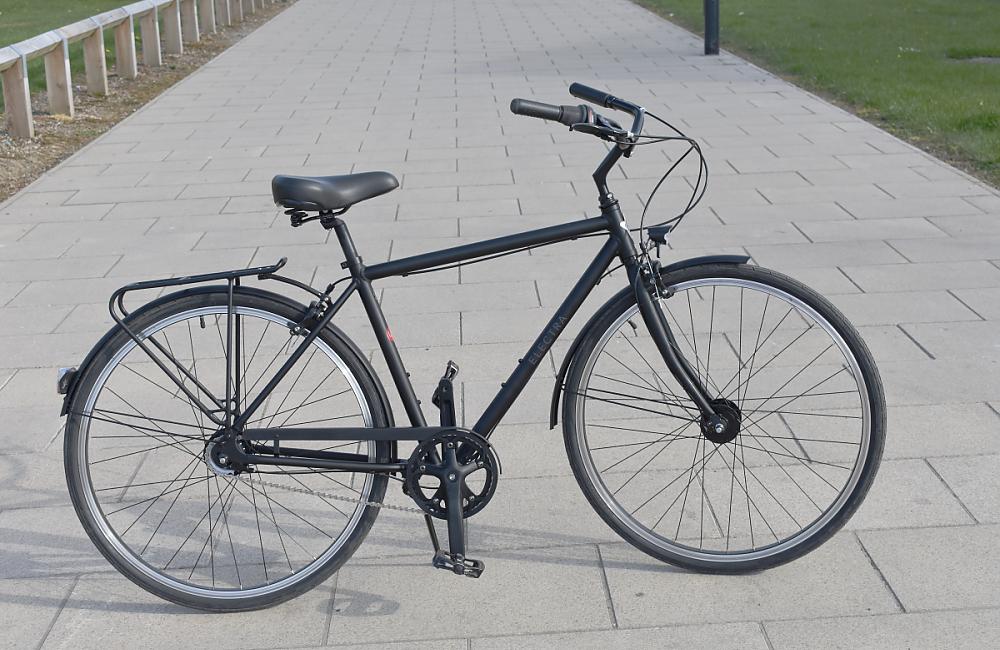 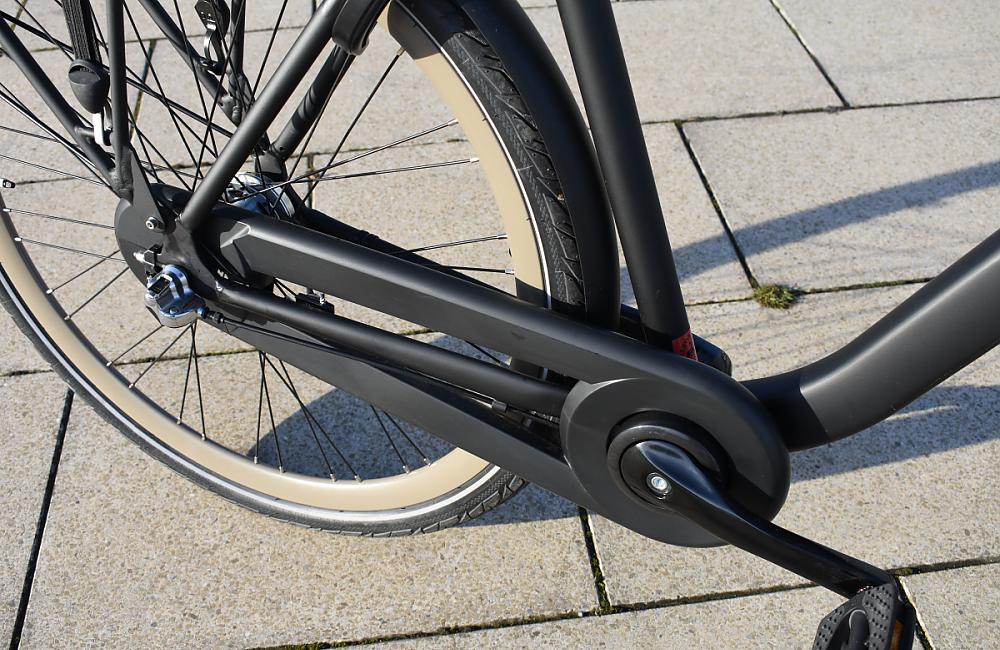 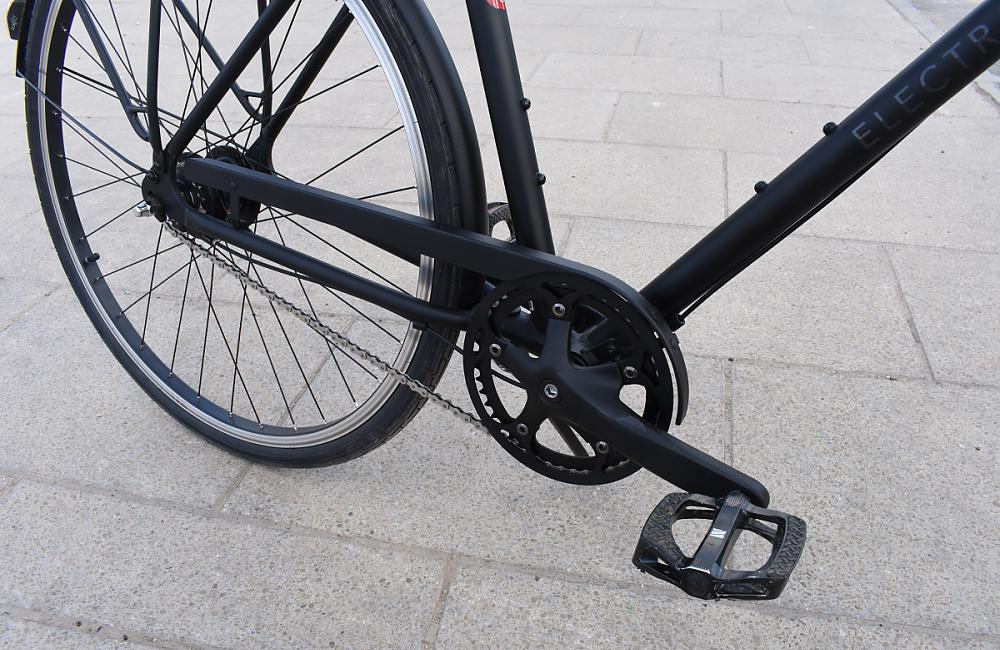 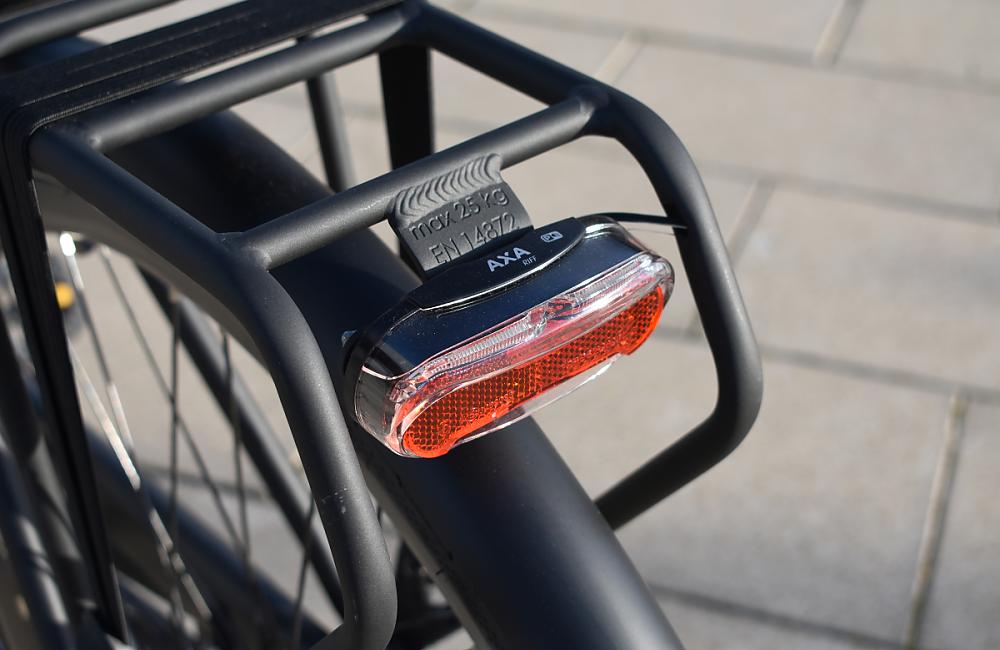 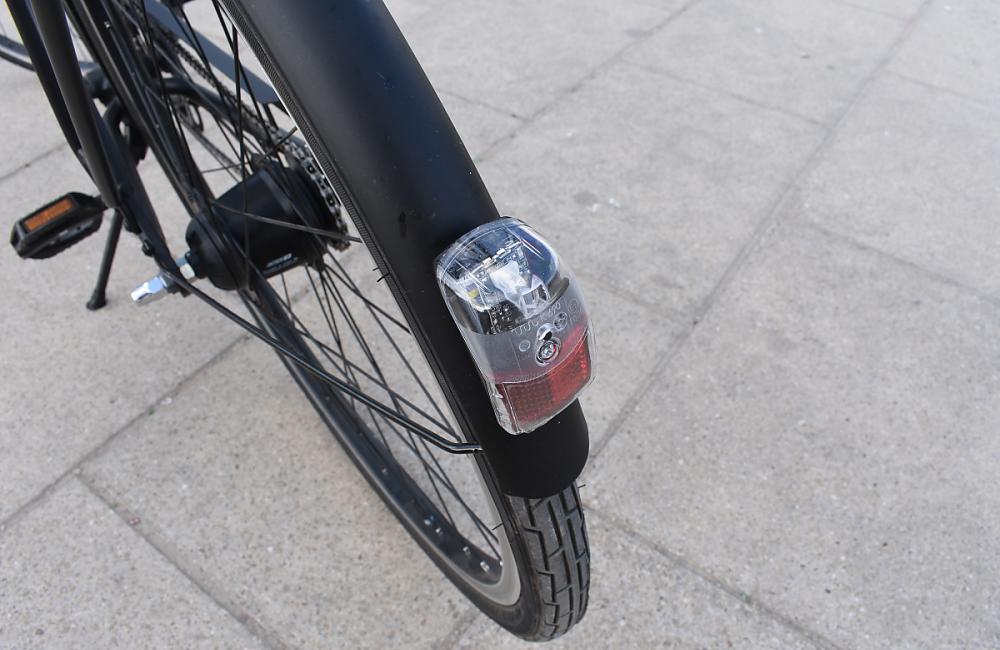 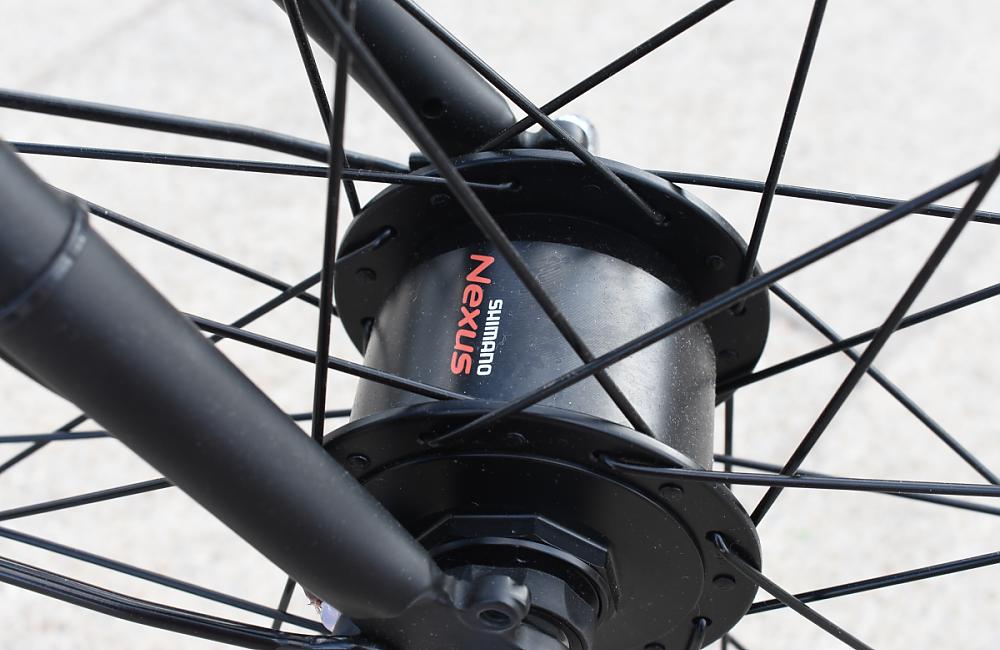 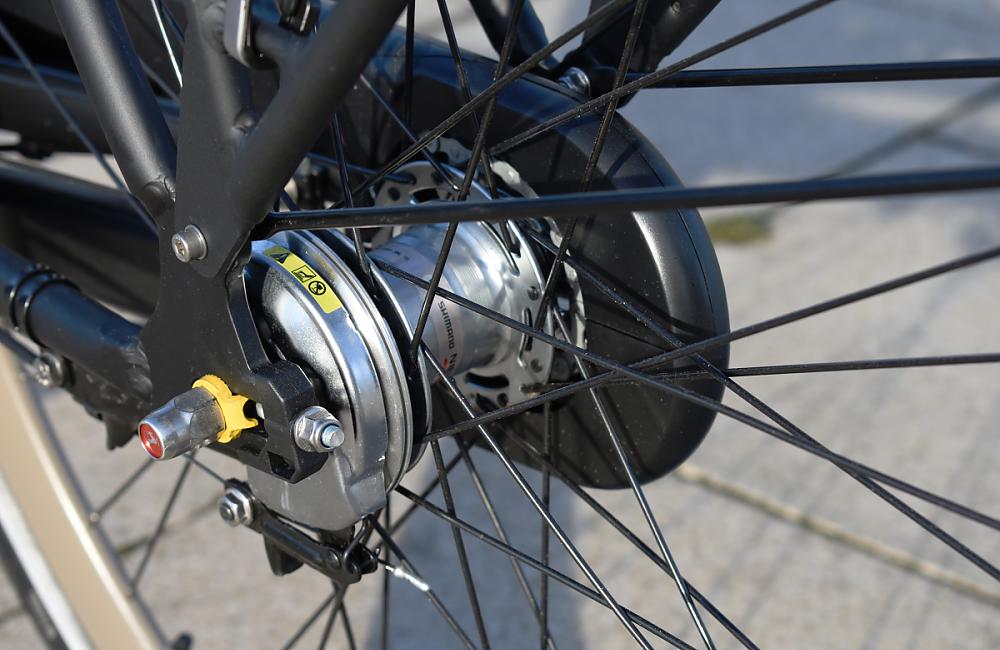 At Cycling UK and Cycle magazine, we are proudly independent. There’s no pressure to please advertisers as we’re funded by your membership. Our product reviews aren’t press releases; they’re written by experienced cyclists after thorough testing. 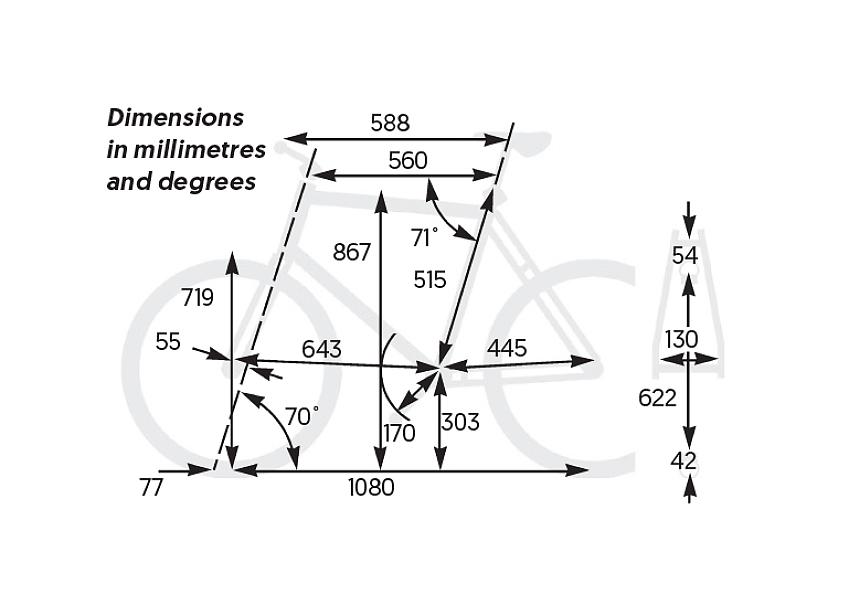 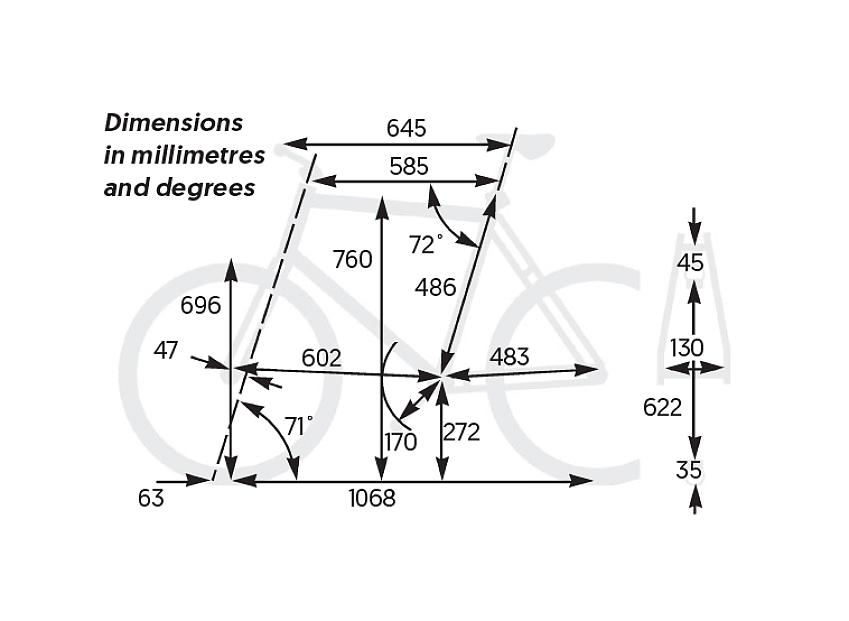 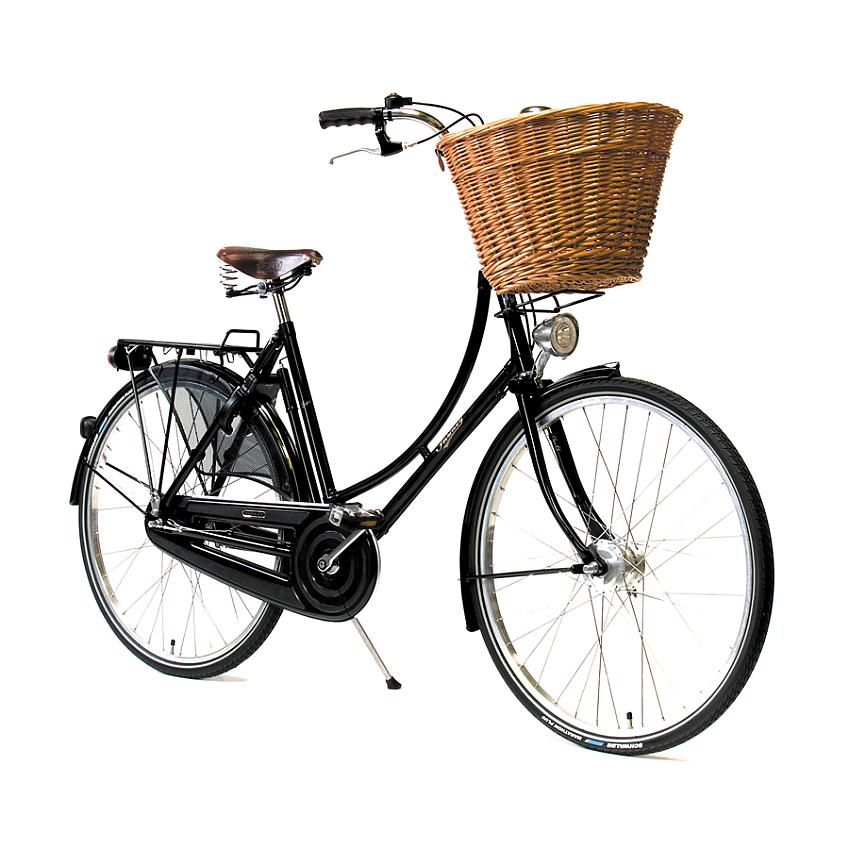 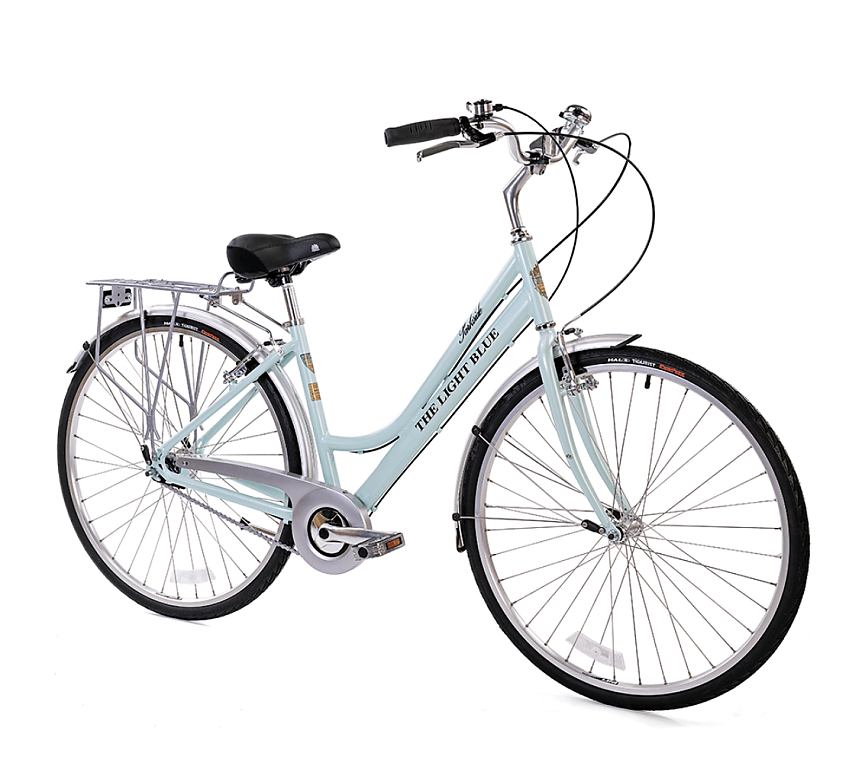