Coping with MS through cycling

Rebecca at the Bradford Bikery
By Victoria Heywood
Wednesday, 29 November 2017

Coping with MS through cycling

Inspired by her father’s love of cycling, Rebecca took to cycling at a very young age, and even spent her very first wage packet at the age of sixteen on a new set of wheels. Over twenty years later, cycling has opened so many doors for Rebecca, and she’s determined not to let a recent life-altering diagnosis get in the way of a life’s passion.

Now aged 37, Rebecca has spent the last few years riding with Girls Gotta Ride, a women’s cycle club in Bradford. The club aims to attract black and Asian women, as female ethnic minorities are vastly underrepresented in cycling. It was through the club that Rebecca got into bike mechanics for the first time. She needed to fix her second-hand bike and was told about the Bradford Bikery, a local community bike project under the umbrella of the Margaret Carey Foundation, and its Big Bike Revival drop-in sessions.

Rebecca says: “I learnt in three days, which was quick! They said it normally takes a week to learn to fix a bike from scratch.”

Recognising her natural capability, Anthony Thomson of the Bradford Bikery encouraged Rebecca to take on some volunteering at the project’s maintenance sessions. Rebecca is now passing her skills on to the next generation, teaching children how to mend bikes on Wednesday evenings. It’s an experience she has absolutely treasured.

Rebecca says: “It was a struggle at first, but they’ve been learning so much over the last six months, they more or less tell me what to do now – especially when I make a mistake!”

With the nature of the Big Bike Revival Rebecca's wonderful people skills go hand in hand with her mechanical knowledge. She's a great presence to have in the workshop. 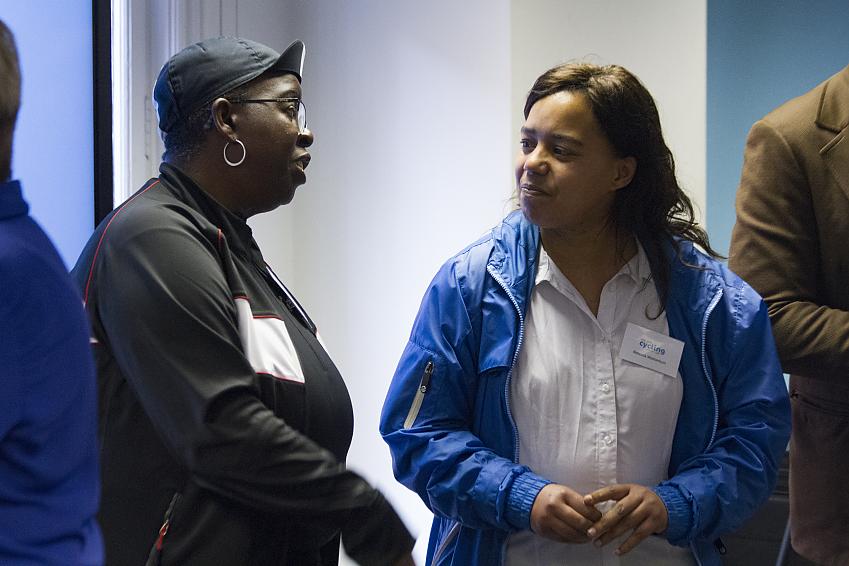 Anthony said, "With the nature of the Big Bike Revival Rebecca's wonderful people skills go hand in hand with her mechanical knowledge. She's a great presence to have in the workshop."

Cycling has been a real lifesaver for Rebecca in helping her cope with the difficulties of the last eighteen months. She was diagnosed with multiple sclerosis (MS) last summer, and initially began to worry her cycling days were numbered. MS is a lifelong condition affecting the brain and/or spinal cord, and there’s no telling how seriously an individual may be affected. At present, it has slowed Rebecca down and can badly affect her balance. However, thanks to a more suitable new bicycle, she has recently regained her confidence on two wheels and feels much safer. She hopes to continue riding for years to come.

Rebecca lost her job around the time of her diagnosis too, but in her commitment to her cycle group and voluntary work, she gained new focus. Rebecca has just found new employment, all thanks to the confidence she has built back up through her time at the Bradford Bikery. She hopes to become a cycle commuter now too – although perhaps, she admits, when the weather has improved!

Cycling UK’s Big Bike Revival calls for all to get cycling in Scotland with community cycle clubs View
Cycling UK continues to support the UK to cycle
This remains true during this difficult period with the ongoing threat of coronavirus Covid-19
Read our latest advice on cycling
You too can champion cycling in the UK
Give your support today to help Cycling UK’s charitable work tomorrow. We double every pound you give through other sources to help change lives and communities through cycling.
Volunteer now